A Perspective on Gold: An interview with Terry Smeeton Head of Foreign Exchange, Bank of England

Terry Smeeton has recently announced his retirement in March of this year after a career spanning 37 years at the Bank of England. His involvement with gold dates from 1962, when part of his trainee functions involved counting gold bars in the Bank's vaults, then priced at a fixed $35 an ounce. He was honoured at a dinner hosted by LBMA members on 19 January, at which Chairman Peter Fava called him "the wise sage whose counsel and support will be greatly missed." Before heading off for rest, retirement and the odd game of cricket, Mr Smeeton granted the Alchemist a wide-ranging interview, looking back on his career and ahead to his views on the future for the gold market. 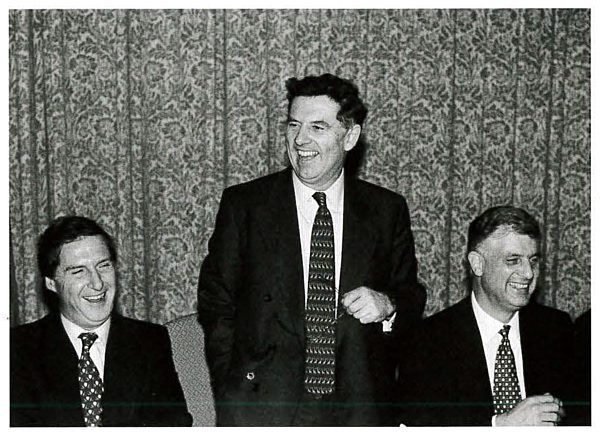 Were you directly involved in the formation of the LBMA?

Not really, the formation of the London n Bullion Market Association was a development that occurred spontaneously in the market and was encouraged by the Bank. It has proven to be a very valuable forum for synthesising ideas about both the regulatory and promotional sides of the market. We are pleased with the way it has developed and welcomed the steps it has taken recently to increase the degree of information available, such as publishing clearing turnover statistics. It has been a very positive force for promoting the London market.

Could you comment on the perceived change in central banks' attitude towards gold?

The economic environment has changed quite a bit during my career and, with it, attitudes towards gold. There is a new generation of bankers who never dealt with fixed exchange rates, or with formal linkages between exchange rates and gold, as in the Bretton Woods regime. Central bankers have found other ways of attacking inflation, which to their credit appears likely to remain subdued in the near term. And gold has always been a last resort asset in times of rampant inflation, therefore, it is difficult to be very bullish on the price in the near term.

Gold has proven a poor investment for central banks over the past 15 years - if the gold was purchased in 1980, the results have indeed been disastrous - but if the period considered is 20 or 25 years, it hasn't done all that badly. From a central banker's point of view, having an element of gold over the past generation has provided a source of stability, and there is comfort in that. Maybe the world has changed forever. But given some perspective on a market that has been around for thousands of years, 15 years is but a moment and perhaps shouldn't be given too much weight.

If another central banker came to you for advice on managing their gold reserves, what would you tell them?

Diversification: the best way to utilise any asset. I would begin by advising that a portion of gold reserves be left at home, as a stockpile. The rest should be kept in one or more of the major trading centres - mainly London, but also New York. The reserves are only really useful for employment in the market if they are in such a location. Part of the gold in London can readily be lent or swapped, depending on the size of the holdings, say 50% or so. However, a portion of the gold should always be left unencumbered in case it becomes needed for collateral against a loan or for some other emergency.

What major issues do you expect to be discussed in the gold market in the coming months?

The determination of membership for monetary union and the European Central Bank are the major unknowns lacing the market, and rightly so. As history shows, the creation of a monetary union is a hazardous process. Whether the ECB decides to hold gold and, if so, how much, will determine what follows. There may well be a gold overhang in Europe that will last for the next few years. The question will be the size of any overhang and what reactions are towards it.

The central bank lending, of course, reduces the cost of selling forward for mining houses, and the current price has already absorbed a lot of forward selling. Still, I see the supply side eventually having to contract. I can't predict when or by how much but, clearly, the Western world (i.e., Canada, the US, Australia and South Africa ) has fairly high production costs, which have been offset by forward selling up until now.

So, it is difficult to be optimistic co n the gold price in the short or medium term. But, given some perspective, the situation looks brighter. Consumers will always have an appetite for gold - at a price that suits them. That overhang is being drawn down at the rate of roughly 500 tonnes a year so, while it will last for some time, it won't be there forever.

What relationship do you see between the Bank of England and the gold market in London, now that the Bank's supervisory role has been changed?

When I started in the Bank of England's foreign exchange area, we really only had the operational role, which we still, of course, have today. There was no formal supervision or the gold market, but the Bank has always maintained a maternal eye on the market, and that remained the case until the Financial Services Act and the introduction of the Section 43 regime.

Throughout my time here, we have encouraged the participation of in the national banks in the Bullion Market through the provision of Safe Custody Accounts to them - vault facilities enabling them to deal directly and discreetly with central banks and, of course, each other. That will continue in the future. The fact that the supervisors will be physically leaving the Bank to join the FSA will not affect the close relationship between the operational area in the Bank of England and the regulatory side. We both have a common interest in encouraging efficiency and maintaining business in the financial markets in London.