Gatekeepers of the OTC Market 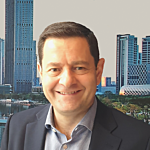 “Vaulting and logistics is the single most glamorous part of the London Market” said no one, ever. This is no doubt true, but the London vaulting operations, and the ability to transfer gold to and from the far reaches of the globe, form the bedrock of the London and global gold markets.

To understand the importance of the sector, one only has to look back to early 2020, and the impact of unfounded concerns that logistical bottlenecks would hamper the movement of gold to New York. This illustrates just how vital confidence in logistics and custody is to the gold community – and how the market has come to take as a given the quality and timeliness of the services provided by the LBMA’s logistic partners.

The ability to trade metal freely in London is based upon the conviction that the underlying metal is both what it is supposed to be, and where it is supposed to be. If every trade had to be physically verified, every bar checked, it would not be long before the market ground to a halt.

The fact it does not demonstrates the level of trust which the London market has in its system of custody, a trust that is based on the dedication and knowledge of the unseen group of vault managers and operators who keep the London market moving.

Safe custody aside, the London vaults are the gatekeepers of the Good Delivery system. No bar can enter a London vault without a seasoned professional ensuring that it comes up to scratch – in terms of form, weight, finish and shape. It is the London vault master, not the refiner, who gives the final say so to admit the bar into the system. And the bar weight of record is not the weight stamped on the bar, it is the weight that is recorded by the London vault professional. This ensures that when a trader deals London Good Delivery she does so with the confidence that the weight and purity of the metal she is trading is correct down to 0.025 of a troy ounce.

A search through the back issues of the Alchemist reveals a distinct lack of articles on the murky world of vaulting and logistics. This is possibly reflective of the readership’s interest in the topic, but also may be down to the fact that, as an industry, we tend to shun the limelight more than others. However, in the spirit of the best investigative journals, the Alchemist has occasionally managed to prise the lid on the London vaults to take a peek inside. Those waiting for some specific revelations are likely to find themselves disappointed, but a trawl through the archives does bring up some interesting stories.

At the apex of the vaulting food chain sits the Bank of England, with over 65% of London’s gold, stored behind its venerable doors. Due to its public role, the Bank is one of London’s most transparent vaults (figuratively speaking), and in Alchemist 95 our very own Ruth Crowell helped to unlock some of the Old Lady’s secrets in her interview with Victoria Cleland, Executive Director for Banking, Payments and Innovation. Since opening the first ‘Bullion Warehouse’ in 1697 to cope with an influx of gold from Brazil, the Bank has been first choice for governments seeking a safe haven for their assets, with the Bank of England vault’s team taking good care of 15% of global official gold reserves.

Pre 1987 the Bank of England was more actively involved in managing London’s gold market but in 1987 it established the LBMA as an umbrella association for the London Bullion Market. The Bank remains a staunch supporter of good delivery and a keen participant in the LBMA’s commitment to provide timely reporting of London’s gold holdings, as well as backing the Precious Metals Code.

The Bank also holds the enviable record that no gold has ever been stolen from its vaults in 327 years and counting, an impressive feat, especially to those of us whose distant past may include less fortunate events. Way back in 1999, Dougie Beadle reported on the new procedures for packing and weighing silver, most controversially announcing the implementation of electronic weighing replacing reliance on the old beam balance technology (Alchemist 14, February 1999 “Electric Silver Balance Scales Introduced to Silver Weighing”)

However, it was not until 2010 that he was able to report on the successful implementation of the Sartorius electronic gold scale into the London vaults - following a six-year technology search, and an accuracy testing process which involved weighing multiple 5 tonne lots on beam balances and scales in two London vaults. Though the beam balance has not yet been consigned to history; even today vault masters will go back to the old technology to confirm the market weight of a bar that is considered ‘too tight’ for the electronic scales.

Anyone who has had to move 640 silver bars by hand from the collapsed pallets of an incorrectly loaded container will attest how important it is that silver is packed correctly. In 2007 the Alchemist allowed one of our own, the ever youthful Tony ‘Evergreen’ Dean, to provide his insight into the do’s and don’ts of packing silver (Alchemist 46, May 2009, "Packing Standards for Bullion”). Illustrated with photographs of dangerous packing, (which one can only assume to be courtesy of deliveries made by my competitors), the article demonstrates both the importance the LBMA places on continually improving standards across the Good Delivery system, helping to make London the pinnacle of vaulting expertise it is today.

In 2014 Brink’s decommissioned its old underground vault in Arnold House in the city of London – a clear out that yielded dusty handwritten ledgers dating back to 1927, containing many customer names that still have resonance in the gold market today; Mocatta & Goldsmid, Sharps and Wilkins, Samuel Montagu – even Johnson Matthey, sending to their smelting works in Brimsdown. The ledger provides not only ample evidence that Brink’s shipping charges were as reasonable then as they are today, but also that shipments of small packages of gold across Europe were largely conducted by rail.

WAY BACK IN 1999 DOUGIE BEADLE REPORTED ON THE NEW PROCEDURES FOR PACKING AND WEIGHING SILVER, MOST CONTROVERSIALLY ANNOUNCING THE IMPLEMENTATION OF ELECTRONIC WEIGHING REPLACING RELIANCE ON THE OLD BEAM BALANCE TECHNOLOGY.

In contrast, today’s vaults tend to be modern above ground facilities, located within easy reach of Heathrow, as was revealed by the Alchemist in 2012 with an article on Malca- Amit’s new facility (Alchemist 68, October 2012, “Visit to Malca-Amit’s Vault”).

Though whether Mr. Connelly’s visit was driven by a hunger for knowledge, or for Mr. Finn’s legendary hospitality over the riverside lunch that followed, we shall never know. The article provides an interesting insight into the modern world of vaulting, as well as pointing out that the LBMA do not approve or accredit vaults. This is a commonly held misconception, though the LBMA does provide vaulting guidelines, and within the last 12 months has launched its accredited vault operator training which seeks to upskill vault operators around the world using London standards.

Of course gold can only trade on to the London or New York market once it has made the perilous journey from the mine to refinery, before being transported to the vault from which it will be traded. Gold mining and easy market access rarely go hand in hand, so whether it is from the frozen tundra of Siberia or the jungles of Papua New Guinea, the brave souls of the secure logistics industry must take on the risks and physical challenges which ensure that the mine is paid for the efforts, and the product arrives at a refinery in timely fashion. How do we manage this logistical magic, what flights and vehicles do we use? Of that, dear Reader, I can reveal nothing at all.