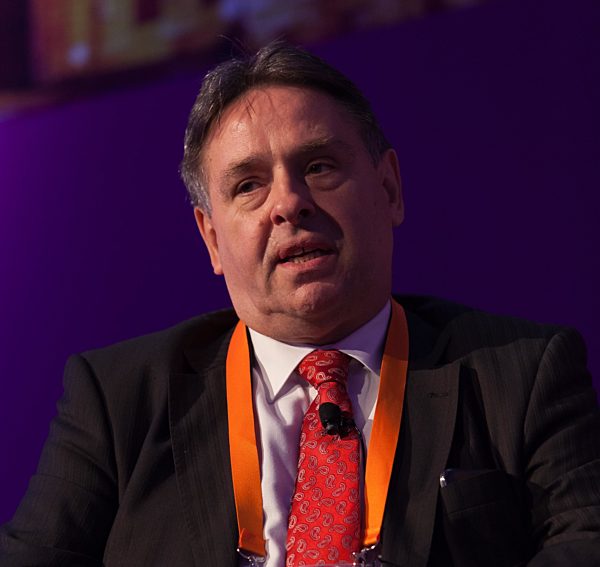 It is with deep sadness that we announce the passing of our dear friend and colleague Gerry Schubert, a true legend of the global bullion industry. He was 65.

Gerhard Max Schubert was born on 13 March 1956 in Witten, Germany, to parents Gertrude and Paul. He was the middle child of three, with an older brother Wolfgang and a younger sister Annika. Gerry passed away in Colchester, Essex, on 1 May 2021 after a long, and typically courageous and dogged battle with illness. He leaves behind Lynne, his wife of 31 years, and three children, Annika, Soren and Shen.

Gerry started in the international bullion market in 1978 at Bremer Landesbank, in Bremen, and soon joined DG Bank in Frankfurt in 1979 as its Silver Dealer. It was actually at that point that I first met Gerry. I was on my first-ever business trip, which was to Frankfurt with my old colleague at Samuel Montagu, Tony Casey, and I can honestly say that Gerry and his colleagues at DG Bank made it a most memorable introduction to the social side of the bullion industry.

From those early days in Germany, Gerry moved to London in 1982 to join Shearson Lehman as Head of Precious Metals and then spent the next 30 years in Chief Dealer or Senior Management roles with Shearson Lehman, Credit Lyonnais Rouse (where he became very friendly with Nigel Farage, the former leader of the UKIP party), Mitsui, West LB, INTL FCStone, Fortis Bank, and ABN Amro. Gerry was truly an international bullion banker, with his role at West LB being based in Cologne, and his time with Fortis including stints in Hong Kong and New York.

This provided a perfect platform for Gerry to extend his global horizons to the Middle East, joining Emirates NBD in Dubai as Head of Precious Metals, a role that was later expanded to include a wide range of commodities, followed by a move to Arab Banking Corporation in Bahrain to set up its precious metals and commodity business. In March 2015, Gerry returned to the United Arab Emirates to set up Schubert Commodities Consultancy in the Dubai Multi Commodity Centre and he remained extremely active in the local and global bullion markets right up until his final days in this world.

As well has having an illustrious career working for leading bullion banks and trading companies, Gerry also gave a tremendous amount of his personal time and effort to support the London Bullion Market, where he served as an active member of LBMA’s Management Committee between 2007 and 2010. He also provided tremendous support for the DMCC and was a key figure in the Dubai Gold Advisory Group from the time he came to Dubai in 2011.

Having first met Gerry in Frankfurt in 1979, I next came across Gerry in the early 1980s when playing against him in mid-week five-aside soccer league organised by the London Bullion Market. I soon realised that Gerry was not only a formidable gold trader but an even better soccer player, and I learnt after our match that he had been on the books of Borussia Dortmund before turning his back on a career as a soccer professional in favour of becoming a precious metals trader. I am sure that everyone would agree that was indeed the correct decision and our lives have been enriched by his presence. However, Gerry never lost his love for soccer and was a massive Arsenal and Borussia Dortmund fan. I am proud to say that when my team, Spurs, was drawn to play Borussia Dortmund in the Champions League quarter finals in February 2019, Gerry invited me to join him and his brother Wolfgang for the match in Germany (see photo above right), paying for everything and being so gracious in defeat. That was typical Gerry, a really tough opponent but an absolute gentleman and one of the kindest and most generous human beings I have ever met.

Gerry will be sadly missed by his family, friends and colleagues, but his memory will live on and he will be forever in our hearts and minds.