Mohamad was born in May 1939 in the northern Iraqi city of Mosul (from where it is believed the fabric muslin originated) to his late parents Fawzie and Mahmoud. Mohamad left school early to follow the footsteps of his father, who was a prominent currency and commodity trader. They eventually left Iraq for Lebanon, finally settling in Switzerland. 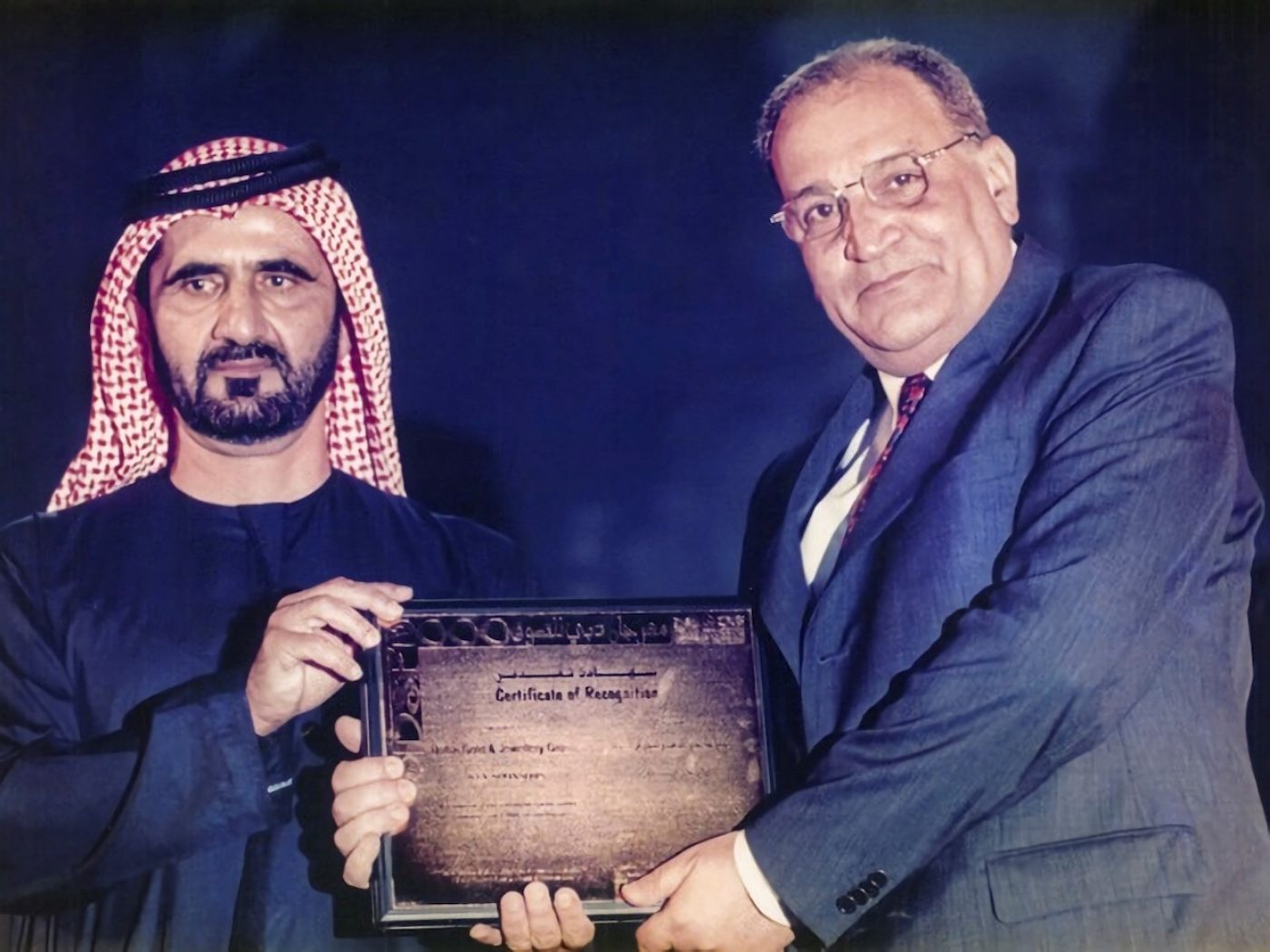 Like his father, Mohamad had innate trading skills and was gifted with a sense of entrepreneurship and personal network that made him very successful. In 1972, he married Mireille Wyss, his Swiss wife to whom he was married for almost 50 years, and they moved together to Zürich where they had two sons.

Mohamad founded several trading companies in Switzerland before he developed a vision to establish a gold and silver refinery in the Middle East, which he saw as ideally located between gold producing and consuming countries. After receiving the coveted Swiss Citizenship in the 1990s, Mohamad chose to settle in Dubai, United Arab Emirates, where he founded ‘Emirates Gold’.

Three decades later, Emirates Gold is recognised as a pillar of the refining and minting industry in the Middle East, with a strong reputation rooted in Mohamad’s principles of integrity and commitment to quality products and services.

Thanks to the lessons his father taught him, his experiences and his pioneering spirit, Mohamad devoted the rest of his career to growing Emirates Gold and spearheading the development of the United Arab Emirates as a major refining hub.

Mohamad helped create a number of important initiatives for the precious metals industry, such as the Dubai Good Delivery (DGD) standard for kilobars. In fact, Emirates Gold was the first refinery in the Middle East to be accredited DGD, in 2005, and it became an LBMA Associate (now Affiliate Member) in 2007.

Mohamad was also an important contributor to the local gold and jewellery trade as an acting member of the board of the Dubai Gold and Jewellery Group from 1998 to 2002, and as a senior member of the Dubai Gold Advisory Group, established by the Dubai Multi Commodities Center (DMCC). Mohamad was also recognised by His Highness Sheikh Mohammed bin Rashid Al Maktoum, Vice President of the UAE and Ruler of Dubai, for his immense contribution to the precious metals trade in the region.

Mohamad did it ‘his way’, driven by his entrepreneurial spirit, the love for his family and his love of life. He had a unique personality: he was funny, jovial and always full of energy. He was a great story teller, a careful listener, and treated everyone fairly and with respect. He loved fishing and appreciated good music (in particular, Fairuz and Sinatra). He faced adversity with fierce determination but was humble when he succeeded. His long career and key contributions make him a legend of the precious metals industry.

Mohamad is survived by his devoted wife and his two proud sons, Karim and Rami.