“Whenever Terry Walked into a Room, the Room Filled with Sunshine”

It is with great sadness that I report the passing of our dear friend Terry Barnes, who passed away on 7 January 2021, at the age of 69, following admission to Basildon hospital after being diagnosed with Covid-19 at the start of the year.

Terry was one of life’s good guys, with a larger-than-life character and a big personality, who like a few at the time, helped shape the London bullion markets back in the 1980s and 1990s. Terry started his bullion career in 1975 at Charterhouse Japhet, although he will be most fondly remembered for his days at the helm of TFS Bullion (1987 to 2001) as the man who took bullion broking to “another level”.

He was instrumental at the time in connecting the trading houses, commission houses and banks worldwide into one big family, by organising regular get-togethers, drinks after a hectic trading day and some monumental lunches. The highlight of the year, in my eyes, was the TFS Xmas party, with that Unexpected Raffle winner. Often Keith Singleton and other members of the TFS team would lead the way in the singing and entertainment. 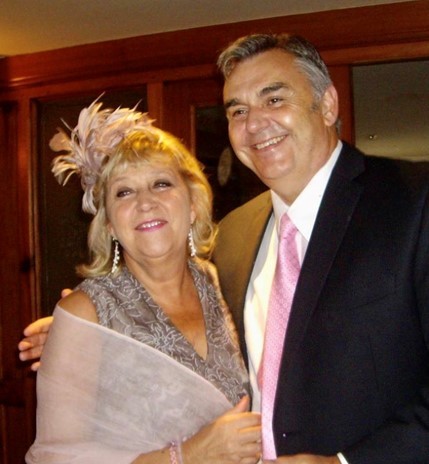 Terry was one of the most generous and kindest men I have ever known. His warmth and personal attention to his friends and love for his family were natural and always sincere. If you ever had a problem in your life, Terry would be the first one to knock at your door to offer his help in any way he could – usually with that big ‘Barnesy hug’. He always greeted you with a big smile whenever you met and whatever the circumstances. Terry, you will be sorely missed by all who ever had the pleasure to meet you. Bless you, my dear friend. R.I.P.

Below are some further contributions from people who worked with Terry throughout his life, who were customers and who were long-time friends through Terry’s love and passion for the game of golf.

The fact that no one working alongside Terry ever chose to leave for other employment is a great testimony to his wonderful management skills and fabulous nature.

I feel extremely proud to have worked with him throughout my 40 years in the bullion market. Every step I took had already been tried and tested by Terry Barnes. I even copied his permed hair style in the late 1970s.

The 1990s at TFS Bullion were good times. I particularly remember a trip to New York City that Terry and I took in 1992 that resulted in communication being opened between many of the bullion traders and new friendships being cast within the New York bullion community.

After having worked one morning in the London market until midday, Terry and I flew to New York to meet some clients. Then after an extended lunch/dinner, we returned to London in time for the following day’s trading. You couldn’t question our commitment!

Terry, along with our new American client base, was the first to introduce a charity day, whereby we passed all revenues generated that day to the McDonald’s children’s charity in New York. It was inspiring and something most brokers continue to do annually to this day.

After a ten-year spell in retirement, Terry still had something to offer the bullion market, and it was a delight when, at the age of 60, he decided to sit alongside me again at Mint. Although he found some of the technology daunting and challenging – especially the exams! – his natural ability to make everybody feel comfortable was incredibly special.

Above all, he was my best mate.

I feel extremely proud to have worked with him throughout my 40 years in the bullion market. Every step I took had already been tried and tested by Terry Barnes. I even copied his permed hair style in the late 1970s.

I first became acquainted with Terry within months of joining Bank of Boston, London, in 1988. At that time, there were several ‘voice brokers’ offering a service to bullion houses and I initially thought that we did not need another to enhance our business. However, Terry would not take ‘no’ for an answer and pressed us to open a direct line with him, which we eventually did.

He did however constantly remind me over the years that we were the last LBMA Market Maker to sign up with him and that we had undoubtedly missed a trick!

Our business relationship grew very quickly. It was apparent from the outset that Terry was prepared to work very hard and build a professional team that would propel TFS to become one of the more prominent bullion brokers in the market. Having joined J Aron in the early 1990s, I continued to enjoy a professional relationship with Terry for a further ten years up until his retirement.

Having left the market myself in 2001, our friendship grew through Terry’s love of golf. I can look back over the past 20 years on some great times both in the UK and abroad, where we spent holidays together with our families. Not all of the holidays were as restful as we may have hoped for, with a combined total of five sons, and with tennis, table tennis, badminton and not forgetting golf always on the agenda. If for a moment I thought Terry would back off and let a former customer win, I was mistaken.

Terry formed the Happy Days Golf Society in 2002 and, in a similar fashion to when he encouraged me to open a direct line with him back in 1988, he would not take ‘no’ for an answer, when I said I wasn’t sure about playing golf.

As was his nature, he showed tremendous patience acting as my mentor, particularly given that my initial attempts to hit a very small stationary ball fell way below his own standards.

That Golf Society, which started with 10 players, can now boast a playing list of 50 or more, and although he was a single-digit handicap golfer, for Terry, it was more about enjoying the moment and not perhaps worrying too much about your score, so time spent at the 19th hole often ended up taking longer than the previous 18 holes.

Terry’s philosophy was ‘to live for the now' and he read the book The Power of the Now by Eckhart Tolle on numerous occasions. Although sadly no longer with us, Terry’s philosophy and his passion, foremost as a family man, but also as a businessman and friend to a countless number of people, ensures that many of us will have fond memories of Terry to look back on over the coming months and years. He will without doubt be someone who I will miss enormously.

Although, in his youth, Terry was a very useful centre half, it was his love of golf that inspired him in later life, always finding words of advice and encouragement for others.

Terry founded the Happy Days Golf Society and achieved a low single-figure handicap. He was never afraid to try something new and was always a pleasure to play with, not least for his generous ‘Gimmes’.

Terry made friends very easily and was everybody’s best friend. He will be sadly missed by every member of the Happy Days Golf Society. 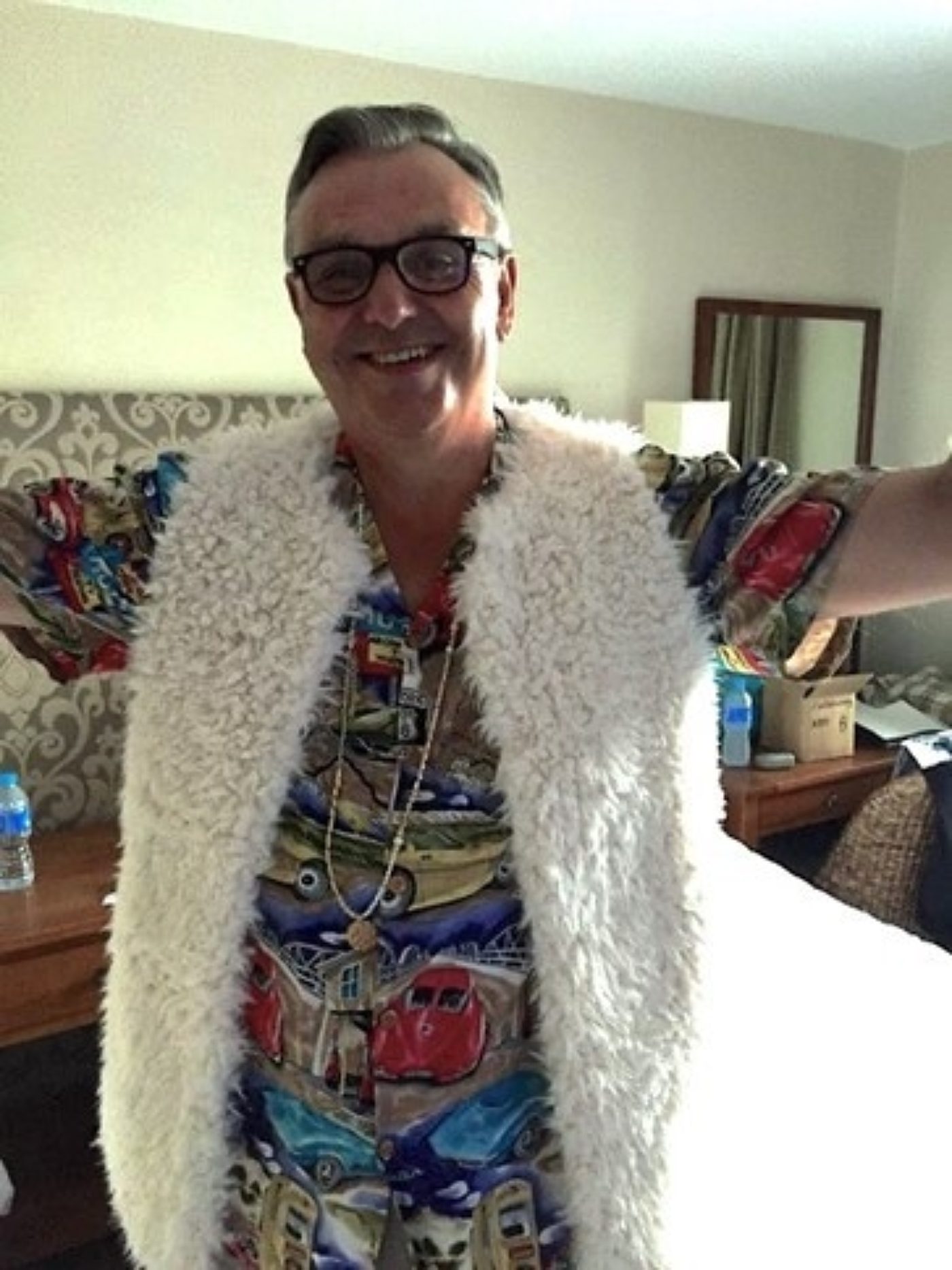 To Conclude – A Devoted Family Man:

Above all, Terry was a big family man who was devoted to his wife Brenda, and was immensely proud of their three sons, Steven, Ian and Danny (pictured right), and all his grandchildren.

I am sure you would like to join me in offering our deepest condolences and support to the family. Terry, you will be forever missed. Keep smiling my dear friend.