Facing Facts: Silver Is Bracing for a Turbulent Year Ahead 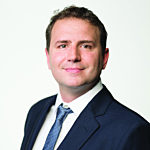 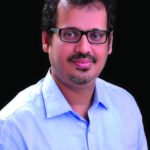 The market seems much more balanced in 2022, one year after a social media frenzy called for a short squeeze by promoting silver ETF purchases that would theoretically cause a supply shortage and push prices up.

Although the failed short squeeze had a short-term impact on prices – some of the largest daily gains (up to 9%) in more than a decade were reported during the first days of February 2021 – a more significant outcome was putting silver back on the map for investors. This was reflected by an increase of nearly 70 million ounces (Moz) in the total silver ETF holdings during the first quarter of 2021 alone and an uptick on exchange volume by 22% year on year.

Last year represented a fascinating year for silver, as both demand and supply recovered to pre-pandemic levels. Mined silver output grew the most in Latin American countries where governmental restrictions due to COVID-19 during 2020 fell the hardest, mainly in Mexico and Peru.

The largest production gains were sourced as by-products from copper operations, which grew by a substantial 9%, while primary silver output increased by nearly 2%. The reopening of economies resulted in a strong rebound in physical demand, which increased by nearly 13%, driven by the retail investment sector, from which demand was the highest in six years.

Although the failed short squeeze had a short-term impact on prices, a more significant outcome was putting silver back on the map for investors.

Chart 1: Supply and demand balance returned to an equilibrium after a massive surplus during 2020

Silver mine production increased to 853.3 Moz in 2021, representing a 3% year-on-year increase. At a regional level, the largest increase was reported in Latin America, especially in Mexico, Peru and Argentina, where COVID-19 restrictions in 2020 impacted production levels severely. Silver output in Mexico, the world’s largest producer, increased by 10 Moz, or by 6%, while output in Peru increased by nearly 16%, reaching 137.5 Moz last year, surpassing by around 19 Moz the production reported in 2020. Partially offsetting these gains, output dropped in Russia, Australia and India by a combined 5.5 Moz.

Turning to silver hedging, the hedge book increased by 9.8 Moz during 2021, as companies aimed to lock in favourable silver prices. The increase represented the second consecutive year that the global hedge book has expanded.

Physical demand increased by 13% to 1,037.2 Moz in 2021, driven by a rise in fabrication demand across all the major sectors. And while jewellery and silverware fell short to equal the pre-pandemic level, it was industrial and
retail investment demand that surpassed the pre-pandemic level.

The photovoltaic sector was a key contributor to the rise in industrial
demand, which benefited from strong growth in the clean energy sector.

Chart 2: Lead-zinc mines are the largest source of silver, as a by-product

Investment demand in the form of coins and bars increased by 21% to 249.1 Moz, the highest since 2015. Historically, silver is the second instrument in the ‘precious metals basket’ that carries monetary value after gold. Investors bought silver to address the growing concern of negative real interest rates and rising inflation. The ‘silver squeeze’ social media campaign also played a major role in pushing investment demand higher.

Exchange Traded Products (ETP) enjoyed another year of inflow, although this time it was only 27.5 Moz, the lowest in three years. Investors offloaded 48.7 Moz in the month of December, dragging the inflow lower than previously estimated.

2022 will be a challenging year for jewellery and silverware fabrication. The current elevated price is a major headwind, and until the price comes down by at least by 10%, demand will not revive.

In a key market such as India, we have observed strong demand in the first two months; however, demand has now mostly dried up due to the extremely high price. China, at the same time, is battling with another wave of the pandemic. Strict lockdown measures have already impacted retail consumption, real estate and exports.

Investment demand in the form of coins and bars may grow at a steady rate, since factors that influenced the sector to grow in 2021 are still very much in play. However, one must remain cautious on the ETP side. There is a risk that professional investors might offload some of their silver holdings once the crisis subsides. Current holdings are enough to meet nearly a year’s physical demand, which presents a significant overhang for the market.

Investment demand in the form of coins and bars may grow at a steady rate, since factors that influenced the sector to grow in 2021 are still very much in play. However, one must remain cautious on the ETP side.

On the industrial segment, we may witness negative growth this year on high inflation and slowing economic growth.

These two factors are likely to negatively impact demand ranging from consumer electronics to automobiles and housing.

Turning to mine supply, we expect that output growth in Asia, Latin America and North America will drive global mine production up by 3% this year, mainly sourced as a by-product in copper and gold producing mines, from which we expect production will grow by 5% and 9% respectively, while primary production will remain flat regarding the previous year.

The largest output increases are expected in Mexico, China and Peru, partially offset by declines in Russia, Kazakhstan and Australia. Preliminary results on Q1 2022 are somewhat disappointing, and while some companies are set to cut their production guidance, we expect production will pick up during the second half of the year.

Chart 3: Gold/Silver ratio has been higher than the historical ratio since 2014

Silver has lost substantial ground since the Federal Reserve raised the interest rate to contain soaring inflation. Higher interest rates have helped the US dollar strengthen against a basket of currencies comprising the dollar index, while the benchmark 10 Year US Treasury Yield soared to a multi-year high, putting pressure on precious metals.

We expect the Federal Reserve to continue its aggressive monetary policy for the rest of the year to bring the inflation rate down. This means that investors will chase yield by discarding non-yielding assets such as silver or gold. However, we expect the Russia-Ukraine crisis will continue to act as a resistance on the downside in the short term. We expect the price may drop to $19/oz this year, while we believe the year’s high has already been hit.

We expect the price may drop to $19/oz this year, while we believe the year’s high has already been hit.

The gold/silver ratio, which tends to divide analysts regarding its usefulness in forecasting silver pricing, remains higher than the 40-year average of around 66, and currently stands at 83 (meaning that 1 ounce of gold is equal in price to 83 ounces of silver).