La Coipa's Silver Lining: Turning a mine in Chile into one of the world's largest silver producers

Ranging over the Andean terrain, with its rounded mountaintops, sharp changes of altitude and blue snow­ specked vistas, the haul road connecting the satellite silver deposit of Chimberos with the processing mill at the La Coipa mine stretches over 34km.

At 20 miles, it is the longest truck haul in the Placer Dome Group. The road, constructed at a cost of US$4.3 million, starts at 3,800 metres above sea level at the mill, reaches 4,650 metres at the summit and goes down to Chimberos at 4,200 metres. Each transparent the deposit brim-full with 136 tonnes of ore destined for processing.

Although the Placer Dome­ operated and 50%-owned La Coipa Mine in Chile had previously been best known as a gold producer, right now it has become one of the world's largest producers of silver. Silver, the unsung little brother of gold, is trading in theUS$5/ ounce range, which is relatively high for silver, while gold is trading at about$280 / ounce, the lowest it has been in nearly 20 years. To make silver as good a revenue-earner as gold, you have to produce a lot of it, and that's what La Coipa is doing during 1998 and 1999 by mining the Chimberos deposit. 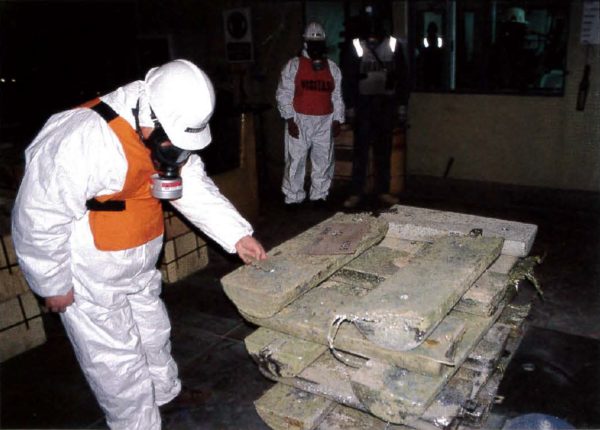 Packing 220 kg bars at the mill

A Study in Concentration

The Chimberos deposit was acquired in 1994 and a feasibility study was completed by La Coipa in 1996. Chimberos is a small but very high-grade deposit, which the feasibility study estimated to have 4.8 million tonnes of ore with a very high concentration of 305 grams of silver per tonne. The study showed the economics to be robust. Fortunate timing made the project more so, with silver prices higher than expected when production came on stream in 1998. Capital investment in the development of the deposit was US$27 million, US$2 million under budget.

The Chimberos open pit mine is located in a mountainside 34 km by road from the La Coipa mill. Each round trip from mine to mill takes three hours of driving. Development started in I 997 and mining began in 1998. All of La Coipa's metal production in the last six months of 1998 and the first nine months of 1999 is coming from Chimberos.

In 1998, La Coipa enjoyed strong cash flow from operations - US$44 million - thanks to the huge volume of silver being produced and the relatively high price it obtained on the market. As Placer is primarily a gold producer, production of other metals, such as silver, is measured in equivalent ounces of gold. La Coipa's 1998 output was 451,177 ounces, relying on a ratio of silver to gold determined by the London market price, currently about 52:17.

Because of the much large r flow of metal through the refinery, La Coipa modified some of the equipment and enlarged the size of the furnaces. For the long hauls from mine to mill, La Coipa worked with suppliers to ensure the tyres and transmissions of the 150-ton leased trucks could handle the distances. 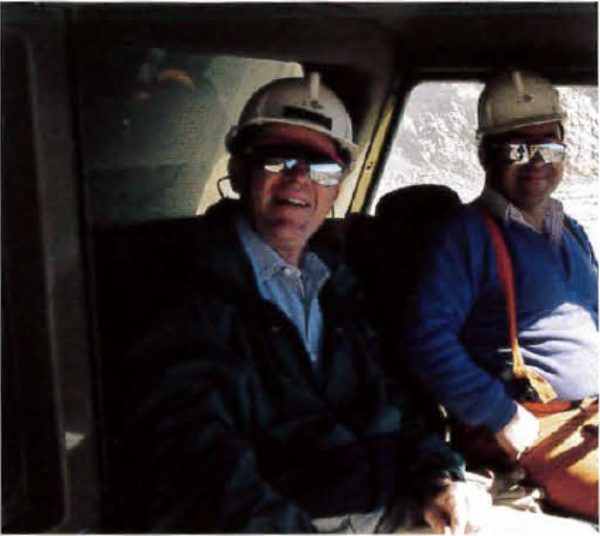 For the haul truck operators, fatigue is the enemy. They make only four trips each 12-hour shift, so much of the shift is long-distance driving along a familiar road. They are permitted frequent rest stops and there is a pull-out with a cabin so that they can get out of the cab for a meal break. The truck cabs have radio contact with the dispatchers and operators can listen to the chatter or join in. There are also two commercial channels as well as tape decks to listen to while they keep their eyes on the road.

There are 126 operators working 12-hour shifts - four days on and four days off - with 32 drivers working 24 trucks on each shift. Long-distance operator Hugo Astudillo says he feels connected to his machine. "I feel proud to be working with a company that has this long haul that is unlike other mines", he says. "The distances arc no problem and I enjoy the work." Not all the drivers and trucks are making the long journey to the mill, as some are hauling and piling waste close to the mine.

In the refinery there's a lot more product to be seen than is usually encountered in a gold refinery, where small and heavy equals very high value. Each truck's 136 tonnes of ore contains about 40 kg of silver (a little more than the weight of one London good delivery ba1"). The chunks of ore are gradually crushed down into pebble-sized pieces. These pieces are then fed into grinding mills - large, rotating drums containing -steel balls or rods - where they become ground down as finely as talcum powder. The powder is put into flotation tanks, where cyanide is used to separate the silver from the other materials. The metal is then melted and poured into huge 220 kg bars of about 80% silver, which are then stacked criss-cross on pallets before being packed in wooden boxes stamped with the Mantos de Oro logo for shipment to the world's refineries. 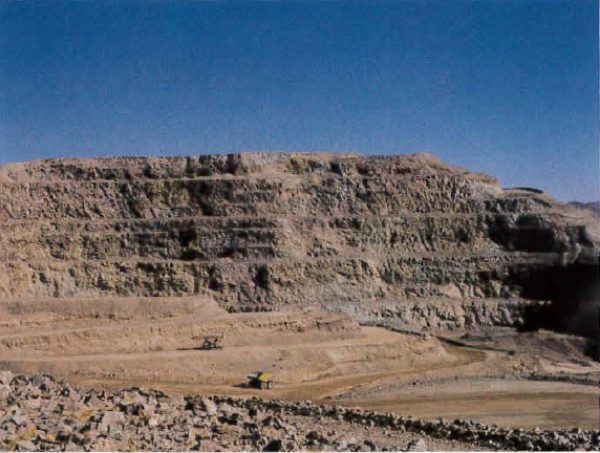 The Chimberos Mine: silver occurs at the very high concentration of 305 grammes per tonne of rock in this hillside.

According to the Silver Institute of Washington D.C., worldwide demand for silver has been robust at 863 million ounces, with demand growth coming particularly from industrial applications like electronics and photography.

And silver is playing a role in a revolutionary technology called superconductivity. Electricity flows without resistance through some materials if they are cooled to extremely low temperatures, meaning that cables made with superconducting rescan carry three to five times more current than conventional wires. Silver has been found to be the best sheath for the superconductive wires for several reasons: it is highly ductile; as a noble metal, it does not react with the superconductor; it is permeable to oxygen and it is highly conductive.

The process is still in the development phase but shows great potential for widespread applications. Superconductivity could change the future of energy distribution worldwide and require substantial quantities of silver in coming years.