Mining ghost towns don't normally come back to life. But Geita is about to become an exception. 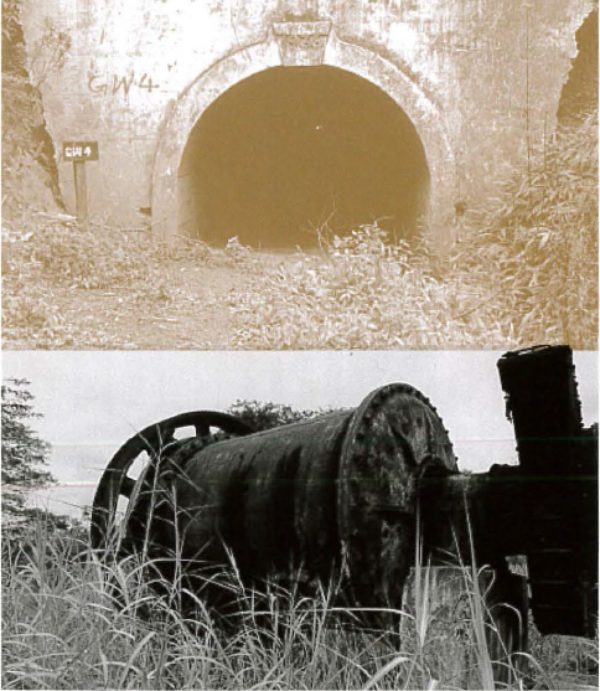 It seems as though the miners decided to leave on the spur of the moment, suddenly abandoning their work. Most of the machinery - burners, crushers and gas engines - remains in place. A crusher, imported from Denver, Colorado, was used to break up ore. A mill with serial number 750 from the Mine & Smelter Company stands rusting in the tall grass. Up on Geita Hill, the waste dumps of the old mine site are still visible.

Mining ghost towns don't normally come back to life. But Geita - along with other key sites in Tanzania - is about to become an exception.

Today, after almost thirty years of minimal gold mining activity, Tanzania is rapidly gaining attention as a haven for mining investment: it attracted more exploration spending last year than any other African country, including South Africa. Its new-found attraction is due to several reasons:

A new optimism about Tanzania as a favourable mining destination has developed among major industry observers. In a recent report, for example, Michael Curran, Senior Analyst (Gold) at Merrill Lynch, states, "Tanzania has been highlighted as an emerging centre for African gold production over the next few years."

According to Merrill Lynch's evaluation, Tanzania is among the African nations with the lowest country risk. The report continues that Tanzania is poised to emerge as a significant gold-producing nation, due in part to its

The opportunity that Tanzania provides is very much in line with Ashanti's internal strategic drivers. The company has strategically positioned itself in a continent with substantial gold reserves by developing a network of relationships with heads of state and policymakers. With over a hundred years of mining history to its credit, Ashanti has developed the resilience necessary to operate in the African environment and has accordingly positioned itself to take advantage of these vast untapped resources.

By the year 2000, the company will operate Africa's two largest gold mine outside South Africa: Obuasi in Ghana and Geita in Tanzania. This provides the firm with the critical mass not only required to compete on a global level, but also to guarantee long-term success in its niche operating area as the largest gold p1roducer in Africa outs id e South Africa. 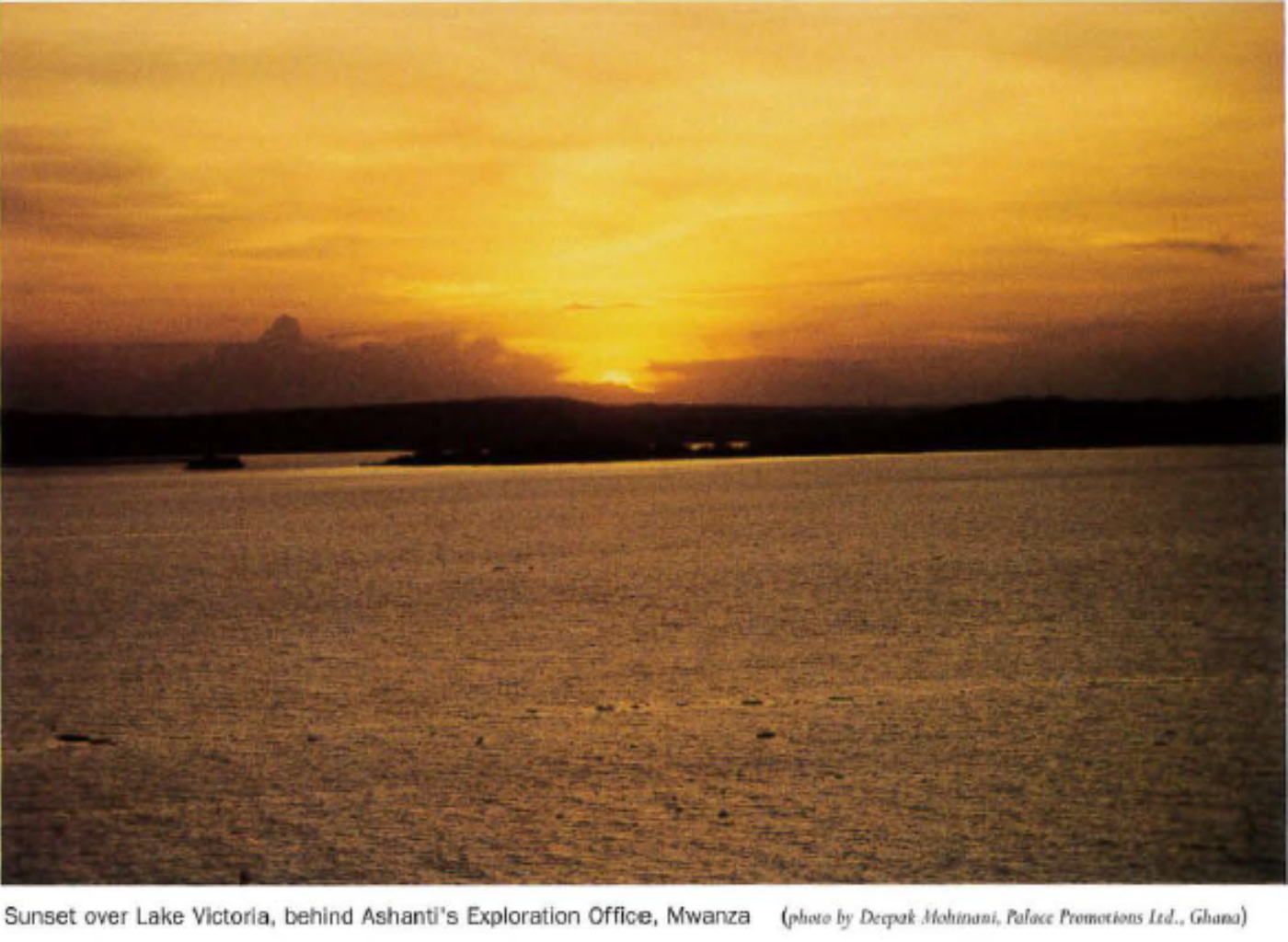 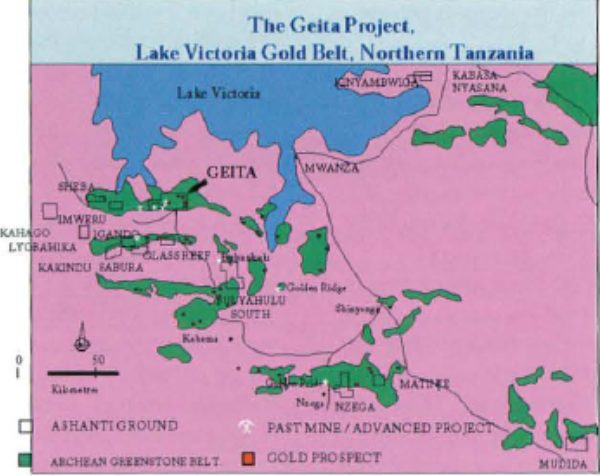 Mining Conditions and Considerations in Tanzania

Tanzania's recent transforn1ation in the mining sector has been rapid and decisive. Tanzania's National Investment (Promotion and Protection) Policy Act, enacted in 1990, stimulated foreign investment in mining. An investment and promotion centre was simultaneously created and was shortly followed by a spat of agreements between the government and foreign mining companies to Further exploration.

ln order to encourage the growth of mining investment, the Tanzanian government actively sought input to improv upon its Mining Act of 1979, and in April 1998 passed the new Mining Act. This brave new initiative addresses mine safety, health and environmental issues, protects mineral right! And related contractual obligations, and largely eliminates ministerial discretionary powers in the sector. Through this act, mining and exploration firms are exempted from VAT. In addition, the Tanzanian government has recently exempted operating mines From the payment of most fuel taxes.

However, some critical issues remain:

Ashanti's Tanzanian properties are mainly located on the greenstone belts and banded iron formations of the Lake Victoria goldfields, an area bearing geographical similarity to existing lode gold deposits in another part of the world, such as Australia and Canada. These gold-bearing belts were formed as a result of ancient volcanic activity.

Ashanti's Tanzanian properties contain five deposits: Geita, Lone Cone, Nyankanga, Kukuluma and Matandani. At Geita and Lone Cone, the gold contained in heavily folded, banded ironstone layers. Nyankanga, di covered in 1997, occupies a low-lying area to the west of Lone Cone. Here the gold is contained in a network of irregular veins. The ores are non-refractory, with metallurgical recoveries in excess of 90% being obtained. Kukuluma and Matandani, the most recent discoveries, are located approximately seven kilometres northeast of Geita Hill on a separate banded ironstone ridge formation.

Current Exploration and Mine Expansion at Geita

Resources at Geita presently stand at $5.3 million tonnes grading 3.6 grammes per tonne, equivalent to 6.4 million ounces of contained gold at a cut-off of one gramme per tonne. Of this total, 83% are in the measured and indicated categories.

In terms of ore types, 36% are contained in oxides, which are found nearer the surface. In this part of the deposit, the weathering process tends to make the ore more porous and facilitates the crushing and milling process, favourably impacting on cost and throughput. Another 12% are in transitional ores and the remaining 62% in sulphides. Unlike the Obuasi deposit in Ghana, West Africa, the sulphides are non­refractory, resulting in high gold extractions at lower processing cost.

Proved and probable open-pit reserves currently total 36.6 million tonnes, grading 3.5 grammes per tonne, equivalent to 4.1 million ounces. In terms of currently published reserves, this has elevated Geita to the largest gold development in Tanzania, ahead of Bulyanlrnlu. Reserves have been calculated at a gold price of $300. Stepping ratios (the amount of waste material versus ore) for the five depos its average4.3 to l.

For Geita's expansion, a construction period of 19 months is envisaged starting from the second quarter of 1999. Based on the feasibility reserves, the project is expected to recover a total of 3.43 million ounces of gold at an average cash operating cost of US$150 per ounce over an 8.5 year mine life. There is excellent potential for this resource to be expanded both on surface and underground where the pit is open at depth. Ashanti is now pushing ahead with the development of a four­ million tonne a year Carbon-in-Pulp processing plant to produce 400,000 ounces, using the same EPCM contractor which successfully brought Tanzania's first mine int or production at Golden Pride. The capital cost estimate for the project currently stands at $140 million including contingencies. Long lead items have already been ordered and full construction has commenced. The project is being internally funded by Ashanti Goldfields.

Measured, indicated and inferred resources at Ashanti's Geita project increased during 1998 by one million ounces to stand at 4.4 million ounces(34 million tonnes grading4.05 grammes per tonne). This increase was largely due to the newly discovered Nyankanga deposit, where a resource of 2.3 million ounces (15.4 million tonnes grading 4.76 grammes es per tonne) was outlined. Nyankanga is a new deposit under ferricrete cover and had no previous artisanal mining activities. Drilling on the Matandani prospect, to the west of Kukulurna Hill, demonstrates similar mineralisation. Excellent potential still exists for additional open pit and underground resources to be outlined within Ashanti's concession.

From Ghost to Growth

Last year, Ashanti produced 1.55 million ounces from its mines. This year 's production is estimated at 1.7 million ounces, including its 50% share in Golden Pride. With Geita on stream, production will rise to 1.9 million ounces - even with the closure of the Iduapriem and Ayanfuri operations. Geita will thus be a major growth component for Ashanti over the next decade, as it re-establishes itself as one of the major gold producing districts on the African continent. 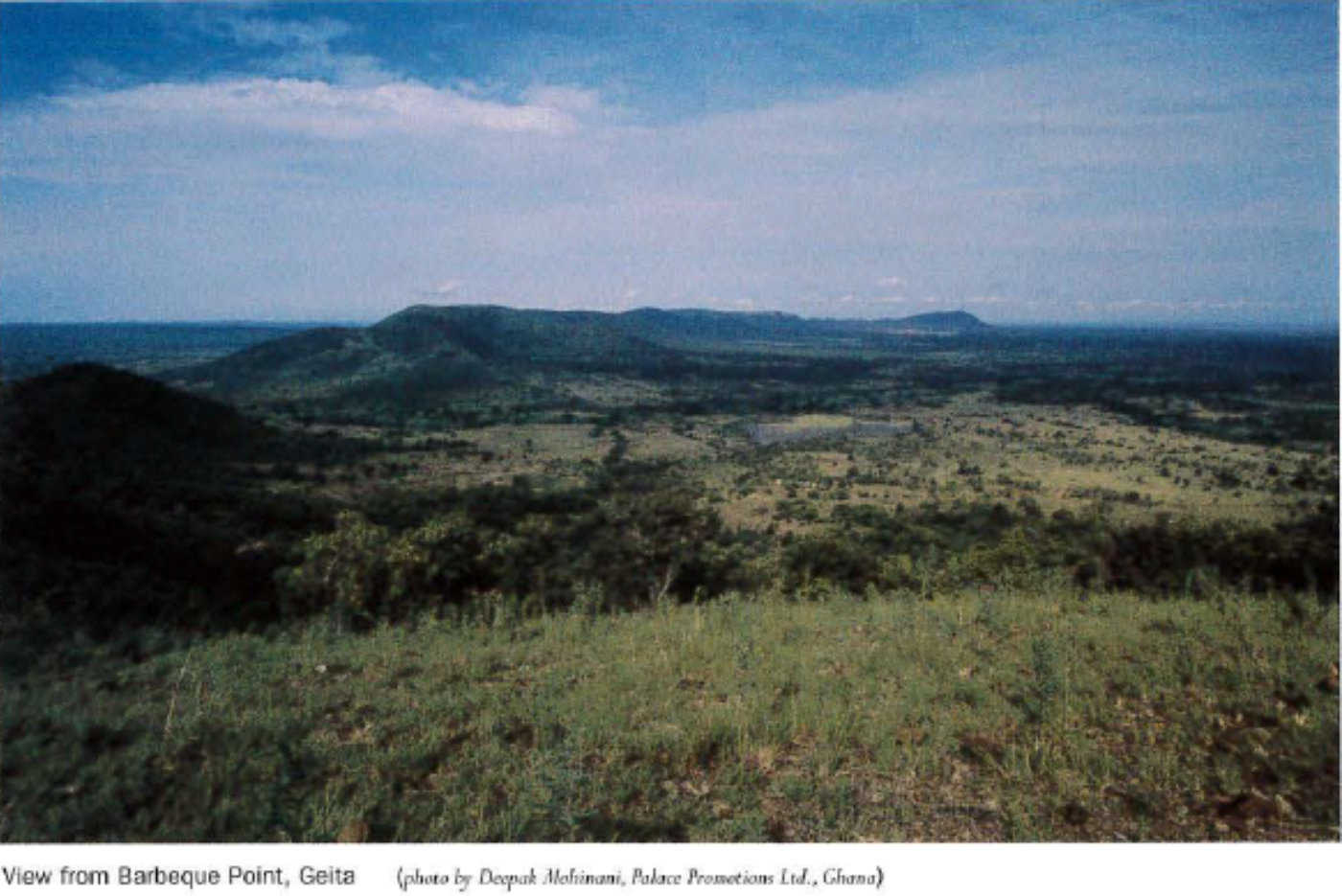