Can Chinese Demand for Gold Save the World

The debates on the gold sector in China have turned on three very simple questions: What is the level of Chinese gold production? How much gold is there in China 's official reserves? How and when will the gold market be liberalised? In the minds of many producers and dealers, this boils clown to one very large question: how much gold can China's 1.2 billion people consume? This article attempts to answer these questions. 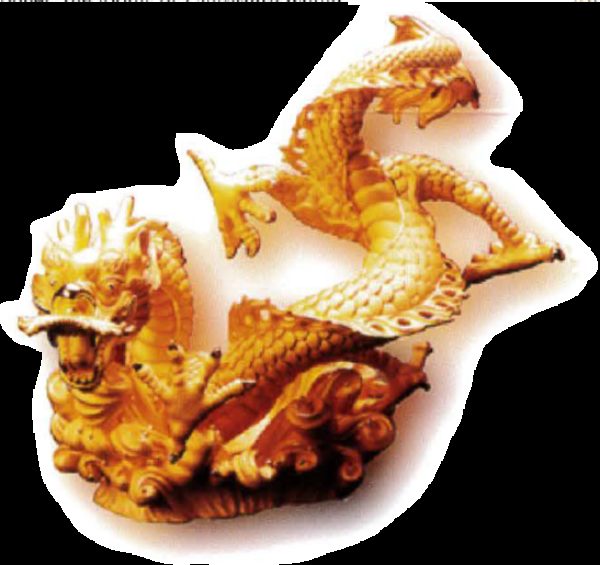 What is the Level of Chinese Gold Production?

Until recently, this was a real enigma. This is no longer the case, and a full run of historical data broken down by province and type of gold(placer or mine) is freely available (albeit in Chinese) for the period 1949 -92, together with a commentary on the problems faced by China in that period, with frank comments on the lack of capital and the deleterious effects of political movement s of the 1950s and 1960s. Further Chinese data for the period 1992-1999 can also easily be acquired, together with official comments on the government's plans for the gold mining sector in the next few years. The People's Bank domestic buying and selling prices over the period to date are also available.

What these data reveal is growth in Chinese gold production rising fairly steadily from a few tonnes immediately after the Communist Revolution in 1949, to reach 100 tonnes by the mid-1990s. By 1999 the level was 167 tonnes. Total production in the period 1949-1999 is unlikely to have exceeded 2000 tonnes overall. There are however a number of thorny statistical problems in the data: it is clear for example that the official price for gold purchase from the mines has at times massively favoured illegal export. Even after the domestic price began to mirror the international price, there have still been occasions for profitable arbitrage in both directions - with gold being presented for official purchase that almost certainly had not originated in Chinese mines. At one point the show of gold into China is estimated to have reached 250 tonnes in a single year - an awful lot of hot men in large overcoat s, or else mind-boggling connivance.

How Much Gold is There in China's Official Reserves?

It is well known that China has published a figure of 12.7 mn ounces (395 tonnes) unchanged for the past few years. We also know that China sold gold in the aftermath of the disastrous Great Leap Forward ( 1958), as well as at the time of the Death of Chairman Mao ( 1976) and around Tiananmen (1989). Similarly, we know that about 200-330 tonnes of gold has been going into the jewellery industry each year during the late 1990s. If we allow total domestic production to have been 2000 tonnes, then domestic official accumulation cannot have been much in excess of the 12.7 mn oz quoted. This does not or course allow for official purchases or smuggling into China.

The more intriguing question is whether China will decide to boost its official gold reserves from the current 2-3% (US$3.5bn) or total foreign exchange reserves of US$150bn to a level of say 10- 15%, implying a holding of some 1000 to 2000 tonnes. There are indeed siren voices within China suggesting such a mon~, though it is unclear whether domestic production could be directed to this end, without drawing in vast quantities of legal or illegal imports for jewellery.

How and When Will the Gold Market Be Liberalised?

The liberalisation of access to data on China's gold production and frank comment s on the state of the industry suggest that the Chinese authorities are serious about reforming the sector and avoiding the problems that the last decade has seen.

The World Gold Council has been influential in pushing this debate forward, and in 1999 commissioned a paper which contains a road map of the likely course of liberalisation of the gold market. The paper suggests inter alia that the authorities should:

There are of course a number of interested parties to placate with this road map. Perhaps most difficult are those in China who might be called "resource nationalists" and are best characterised as at the far end of the spectrum from those European central banks who are avidly selling off gold. China still recalls the difficulties or the economy immediately after 1949 and during the Korean War, when access to foreign exchange was very limited. It also remembers the difficult years after the Great Leap Forward ( 1958 onwards) when gold was sold abroad to alleviate famine. To these minds, the "commoditisation" of gold, to be sold like pork bellies or orange juice is anathema. The point to the large gold reserves of, for example, the US. This group is not in the ascendancy, though untoward world economic events could propel it into the decision-making process.

Another group is the economic policymakers, who worry whether true liberalisation can be achieved without renminbi (RMB) convertibility, and what the effect of convertibility will be on domestic demand for gold. Here the schools are split, with some asserting that convertibility is not a prerequisite and that a domestic RMB-denominated market is sufficient. This latter point of view might be fine if China's exchange rate is not seen as ludicrously out of line, or in need of competitive devaluation. The RMB began to deviate a little from its core rate in April 2000, and this may mark a turning point prior to China's access to the WTO. If so, the authorities will need to watch the international and domestic RMB gold price carefully to ensure that they do not diverge too widely.

Finally, there are those for whom a free market in China is irrelevant because they wish to move gold in and out of the country with the minimum of attention, and possibly regardless of the price. This sector might include such diverse groups as arm s of the state itself, gold jewellery manufacturers who need a secure and steady supply of gold, and those for whom smuggling is a way of life. They are unlikely to be attracted by liberalisation.

Where is China's Klondike?

This is a question which many of the best minds in foreign gold exploration set themselves in the 1990s when the world gold price was high. A few dozen companies, mainly Canadian juniors, set up shop in Beijing and the outback, and began to look at China's rich geology. Some of the majors, such as BRIP, looked at what appeared to be major deposits but turned out resource’s nationalists expected. It was, however, a falling gold price and the Chinese bureaucracy and legal system which defeated many. Doubtless, the gold is there, but the guarantees, tax and legal structures which would attract large -scale foreign investment, such as that seen in Indonesia, are still not fully in place.

At the same time, China is experiencing a shortfall in budget revenues which for the gold industry has meant cutbacks in investment in smaller mines, in unproductive treatment processes and in prospecting. Some Chinese mines are already in the US$280/oz cost range so that further falls in the gold price could hit hard. It will be interesting under these constraints to see if China's official production can leap the targeted 200 tonne level in the 2000s, or whether it will stagnate in the 175 -tonne range. A new super-ministry, the Ministry of Land and Natural Resources, has been tasked with a national resource audit, and may perhaps bring more focus to these issues.

Just how much gold can China's 1 .2 billion people consume?

The Victorian dream was that if every Chinaman (a politically incorrect term today) would wear his shirttails an inch longer, the looms of Lancashire would run for a thousand years. Th.is is now patently a fantasy.

The modern dream is for every Chinese couple to buy a pair of matched gold wedding rings and boost gold consumption, and to this end, Shanghai TV soaps have been sponsored by jewellery stores. This has grafted the alien St. Valentin e's day onto Chinese New Year as a major jewellery buying period. The small problem is that youth is unpredictable and seems to prefer platinum - a metal that China does not even produce but which is not subject to the same official controls as gold. Taste is so fickle.