Looking Forward: Three days in the city where all that glisters is gold

If you want to wake up in the city that doesn't sleep, spend the night in Istanbul. 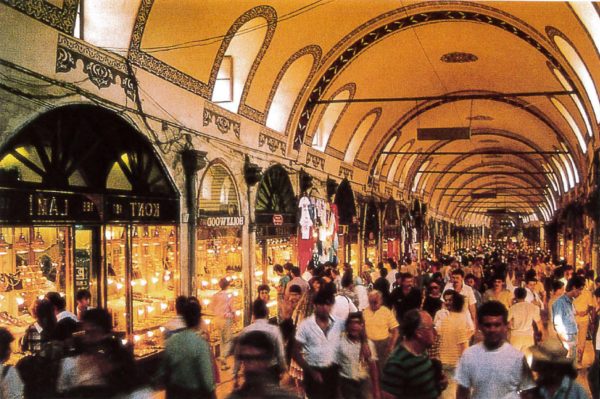 Inside the Grand Bazaar

By day or by night, the city hums with activity. "Does it ever slow down?" I ask a local. "Well, maybe for about two hours - say between 3 and 5 in the morning. Then it starts up again."

My first glimpse of the city is shortly before midnight, having arrived on the last night From London. Istanbul is striking by night, with palace and mosque silhouetted against the stars, birds flitting in and out of floodlights, diners spilling out of the glow of restaurants and clubs. The following midnight, as one day gives way to the next, there is an intercontinental fireworks display on the Bosphorus. A state holiday? No - it's opening night for a new club. Hundreds of people have turned out. Another midnight, another show.

Now that the LBMA has chosen Istanbul as the venue for next year's conference, I've come to make some contacts in the local market and get a taste of the sights, not something you can easily accomplish in three days. It means spending a fair amount of time crisscrossing the city in one of the innumerable taxis.

"Europe... Asia." The taxi driver indicates the two sides of the Bosphorus with a sweep of his hand. This fascinates me - where I grew up, you took a bridge from New York to New Jersey, a ferry to Staten Island. Here you could hold your breath as you cross two continents.

Shopping is quite a different experience, too. Istanbul's Kapali Carsi - the Covered or Grand Bazaar - is an experience in itself. It began life in the 1400s as two warehouses. Merchants began to set up stores and workshops in the area which was covered by canvas to protect customer s from the summer sun. Eventually, gates were installed that could be locked at night. Today the area is an immense labyrinth of roughly 4,000 shops selling a kaleidoscope of goods, each with its own section - gold and silver, leather, rugs, food and trinkets. 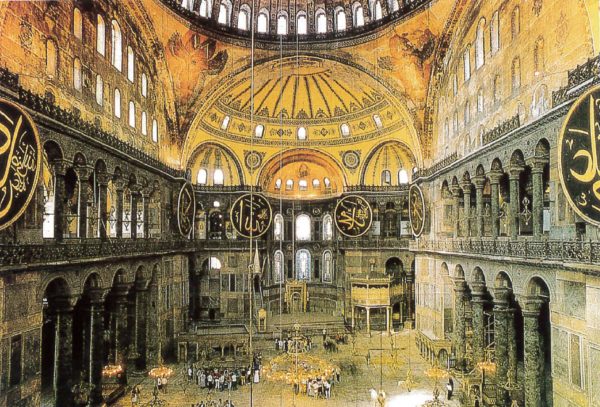 Interior of the Hagiah Sofia museum

The subject of gold doesn't only come up with my contacts in the market. When anyone and everyone folds out where I work, it seems they all want to talk gold.

"What do you think of this bracelet?" the taxi driver asks as I leave the bazaar. He tells me its weight in grams and how much it cost him. "Do you think I got a good price?" he asks anxiously. Much better than he'd pay almost anywhere else in Euro pe, I reassure him. Another merchant in the bazaar selling leather handbags asks, what the gold market in London is like. I tell him about good delivery bars - that each one weighs 12.5 kilos - and his eyes widen. "How can you lift such a gold bar?" he asks. I assure him that bar lifting is not part of my job description.

During my stay, I see a variety of the players in the local gold market - bankers, dealers, jewellery manufacturers, the government mint, refiners, taxi drivers. This is a market with a very long history, but it isn't spending time looking backwards - it's looking ahead. Seated in the plane going back, I review my notes, then pull out my guidebook. It's time to plan our next trip back. May looks good.