Jason and the Golden Fleece, Midas and his golden touch, Croesus and the wealth of legend - the earliest references to gold in the region date back thousands of years, shrouded in a blend of myth and reality.

And history. Assyrians, Hittites, Ionians, Lycians and Lydians worked the gold that flowed in the rivers of Anatolia, the western peninsula that now forms the greater part of Turkey. They left behind jewellery and coins filling today's museums and legends as teasingly fantastic as they are partially true. Some fleeces were truly golden in ancient times - the wool proved an excellent method of trapping bits of gold in streams. The Pactolus River, where King Midas was supposed to have washed his hands in an attempt to rid himself of his golden touch, was indeed a rich source of gold during his time. Recent excavations have turned up the ruins of an ancient gold refinery. No one knows just how rich Croesus was, but we do know that he formulated the first monetary system using gold.

Today's gold market in Turkey has something in common with its ancient past - coins and jewellery are still important features. But far from being antique, Turkey's gold market is a modern, thriving industry that has transformed itself over the past two decades.

An End to Smuggling ... the Beginning of Liberalisation

In 1960 the government began to focus its attention on controlling gold smuggling. At that time, gold acted as a medium of exchange - foreign exchange rates were fixed, but gold provided a flexible instrument for foreign trade. Unfortunately, there weren't any legal means of importing gold. A parallel market for gold and foreign exchange developed in Istanbul in the heart of the gold manufacturing district, Tahtakale, located at the edge of the Covered Bazaar.

The era ended in 1979 with economic chaos and a military coup - many Turkish industries had developed for years behind walls of protection and they lacked competitive power in both domestic and foreign markets. Inflation reached three ­digit levels, growth rates turned negative and Turkey was unable to fulfil its foreign obligations.

In January 1980, the government announced a restructuring program, the cornerstone of which was the institution of free-market rules in all commodity, foreign exchange and capital markets.

The first step was the liberalisation of exchange rates. In order to establish equilibrium in foreign exchange rates, the government had to take into consideration the foreign currency gold price. The necessity of importing gold through illegal channels raised the cost of gold in Turkish markets and pushed up foreign exchange rates in parallel markets, thereby increasing the spread between official and parallel rates.

In July 1988, new rules were established for gold trading. The CBRT remained the sole importer, but recognising the need for a two-way wholesale market in order to eliminate smuggling and other illegal practises, it created a "Gold Against Foreign Exchange Market", in which banks, financial institutions and authorised gold dealers could participate. The CBRT acted as a broker, allowing the market to be connected to world gold markets. Only physical delivery consignment contracts were permitted and there was a free retail market for the public to buy and sell gold against lira.

The market was well received and grew steadily. Annual gold consumption, estimated at about 80-100 tonnes before 1989, reached 150 tonnes. Parallel markets began to shut down - they were no longer needed. 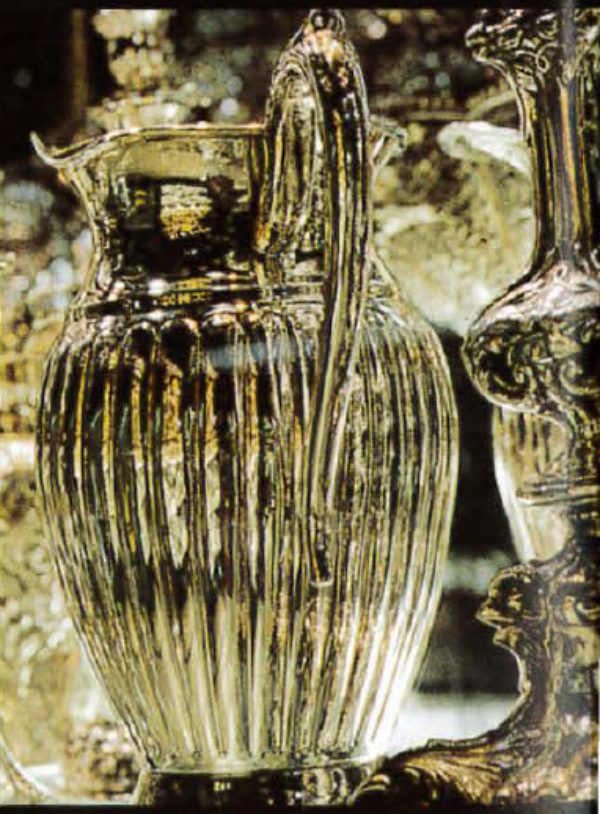 Another step forward came in 1992 with legislative changes that recorded the importance of gold as a savings product and instruments. Investment companies and funds authorised under the new law were allowed to hold their assets in gold. Deposits account in gold, Lira deposits indexed to gold and gold accumulation plans all became permitted. A bank's gold liabilities could be balanced by financing the jewellery sector with gold-based assets.

In 1993, the CBRT's gold monopoly was ended and authorised market participants were allowed to import and export gold bullion on a declaration basis. Proceeds of exports no longer had to be remitted in Turkish Lira. These measures led to the opening of the Istanbul Gold Exchange (IGE).

The Exchange was designed to attract banks into the gold sector to support the industry. They could import gold, offer deposit accounts for gold denominated in grammes, and give credits to the jewellery industry. Imports of gold were privatised in 1995 and began to be carried out by the members of the Exchange.

The World Gold Council estimates that Turkish gold consumption in 2000 amounted to 110 tonnes – of which jewellery accounted for 85 tonnes, measured purely by gold content.

Twenty years ago, the jewellery sector was very different. Since all gold had to be imported – and there was no legal method of doing so – the business was off necessity highly secretive, with little co-operation among its members. There was minimal investment in technology, quality left much to be desired, and marketing was almost unknown.

By once the market was liberated and imports became legal, it became possible for manufacturers to build a firm based for conducting business. Their traditional customers base - the local market – views jewellery as an investment and therefore preferred high carat low mark-up pieces with simple designs.

Following the economic liberalisation of the 1980s, other sources of investment became available to the Turkish public and jewellery became to be viewed more as adornment. Design and quality, therefore, become more important, and there was growing interest in low-carat, more reasonably priced pieces.

Fabricators also found another customer base for adornment jewellery in the increasing number of tourists vising Turkey. Yet another new source of customers was the 'suitcase trade' – tourists, mostly from Eastern Europe and the former Soviet Union, newly armed with passports and dollars, who bought jewellery in Turkey and carried it back with them to sell at home.

The industry adapted to its new audience. While making simple bangles did not call for a variety of skilled workers, making modern adornment jewellery for differing, often sophisticated tastes required skilled craftsmen – including engineers and metallurgists to ensure the quality of the workmanship and designers to supply new designs. In addition, there had to be an investment in modern machinery and equipment and operators to run them.

Over the past decade, the average number of workers per shop rose from four to ten. And although there was a decline in the overall number of workshops – some of the smaller operations did not survive – the total number of workers in the sector mushroomed from 70,000 to over 200,000. The number of large fabricators (those with a minimum of 100 workers) has increased from 5 to 100. And there are now some very large manufacturers with over 1,000 workers, a good size for a manufacturer in any part of the world Where in Italy a very large fabricator might have several hundred workers and rely on a lot of machinery, Turkish jewellery manufacture is a hybrid, Dallin in between the machine-made products of Italy and the hand-worked products of the East.

As total employment in the industry rose, so did the number of designers from several to several hundred. To encourage the design side of the business, the World Gold Council introduced an annual contest in 1994, for which a catalogue was printed. Unfortunately, there weren't enough designer at the time in Turkey to fill the book, and it became necessary to use some Italian designs. But the time a catalogue was produced in 1997, there were 300 applicants – including students, freelancers and professional designers. At first, Europe was the source for inspirations, and local manufacturers adapted what they found. But over time, designs came to be made locally, reflecting local tastes and culture.

The next steps for Turkish jewellers after supplying the tourist and luggage trade was to begin exporting directly. The exportation of jewellery had actually been allowed since 1982 - before that of gold bullion - but at first not many took advantage of it. NGC statistics show that there was only one tonne of jewellery exports in 1991.

Arpas was the first company to concentrate on exports, commissioning others in the Bazaar to work to their specifications. The first export locations targeted were in the Middle East - Dubai and Saudi Arabia. By the early 1990s, they began to look farther afield, to the United States. Initial efforts did not meet with unqualified success, but they made investments - including building their own factory - persevered and eventually their efforts were rewarded.

Today there are roughly 50 manufacturers that are serious exporters of jewellery. Last year, jewellery exports as measured by gold content amounted to 58 tonnes, the highest level to date.

At the beginning of last year, many of the exporters banded together to form a trade association called Anagold. The members feel that there are advantages in working as a group - they can use their joint power to cut costs and streamline the export process, and they are supported in their efforts by some government incentives. Anagold plans to open their first overseas stores over the course of the year.

What else can the industry do to remain competitive, to keep growing? Hasan Yalinkaya, head of Goldas, one of the larger exporters, emphasizes the need to control inventory. Product lines must continuously be revaluated and revamped based on changing consumer tastes and preferences and designs that don't prove successful must be quickly discontinued to avoid costly inventory accumulation.

Continuing investment in technology is vital, from computer-aided design and manufacturing to the establishment of an electronic commerce platform for both wholesale and retail sales and distribution

Yalinkaya sees worldwide opportunities for growth both in and outside Turkey - potentially including new manufacturing facilities in locations such as Israel or retail outlets elsewhere in Europe or in the US. And within Turkey, Yalinkaya sees potential to increase demand by promoting an alternate reason for purchasing jewellery - not as the traditional investment, but as a gift. In that arena, jewellery must compete with a multitude of other products, but Yalinkaya is confident, saying: "We believe our efforts will soon pay off."