"It was a gloomy, rainy day. Evening news report mentioned that the country had not experienced such heavy seasonal rainfall since 1967. Luke had not had the time for lunch and was running back to his office from an extended meeting. A lot of work was still waiting for him. Through he walked fast, his suit and his tie were soaked.

Back in the office, Luke switched on his desk lamp. "Three more spreadsheets to double-check", he thought. His co-workers have already gone home, but an early morning deadline was looming in Luke's mind and he preferred to finish his checking tonight.

Two hours later, he was finally able to close the dossier. He made a final routine check of his email and recent share quotes. Suddenly a bright yellow box appeared on the screen: "Do Not Forget - Today Is Golden Day!" Luke felt his stomach drop. He had forgotten to buy a gift for his wife who was waiting at home with a yummy steak dinner and a bottle of 1997 Amarone. A few days earlier she had hinted something about Golden Day approaching. "Damn it!" Luke muttered nervously. He realised that the yellow box must have been generated by a California based ISP, nine hours behind local time. "Where can I possibly find gold at 8.30 pm?"

Still, he was grateful for any reminder – the idea of arriving home without gold petrified him. He imagined his wife's Laura's embarrassment the following morning in her office. When Greg, Marina, Bob, Pamela and all her colleagues would be proudly sporting their new pieces. Last year, he managed to grab a limited edition 22-carat African necklace marketed by AngloGold. Such speciality items would be long gone now, but going home empty-handed was out of the question. How could he forget Golden Day?... 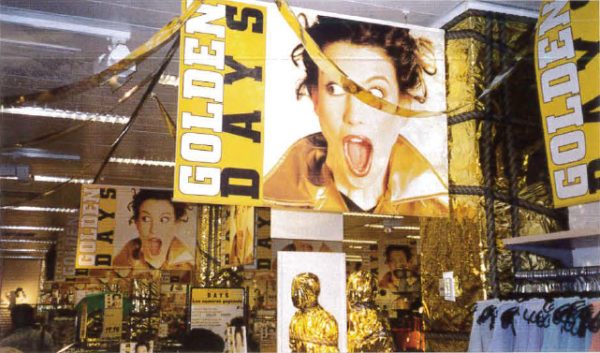 "Lack of a suitable occasion" is the main reason given by 44% of surveyed US consumers who do not buy any gold jewellery. Recurrent efforts to "change the perception of' gold" or, more recently, to re-brand gold haven't taken into account tl1c functional gap between consumers' expectations and the industry's ability to create a compelling value scheme for its product - there simply is not enough utility for gold in its form as jewellery.

Gold jewellery around the world admittedly tends to be conservative and unimaginative. Some initiatives notwithstanding, the bulk of the market is guilty of antiquated business models, caratage problems, repetitive designs, off-putting customer service and limited, if any marketing. Even worse, comparatively little is known about the needs of the consumer. The industry is preoccupied with trying to understand the basic question of "who buys it?" This has resulted in a strong body of demographic, psychographic, geographic and even technographic research. But the equally relevant question - "why do they need it'"- is not even asked,

Like many other high-involvement items -items that are generally not impulse purchases, such as diamond jewellery or automobiles - gold has several inter-related functions for the consumer. The most important are: 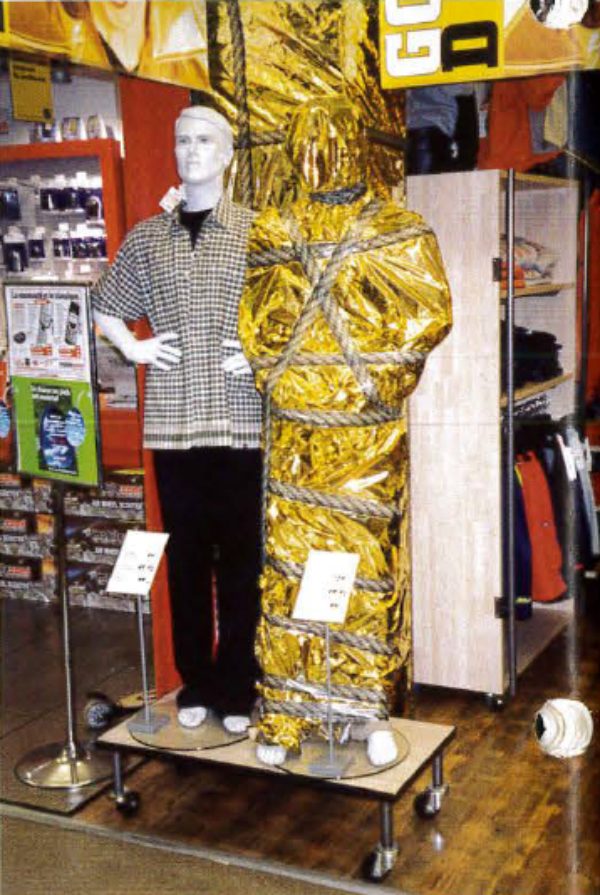 Campaigns promoting gold tend to concentrate on one or more of the first four functions but neglect to tap into the conative function. Focusing on this could allow the industry to shift its attention from the product to the person who does the purchasing. There is clearly an opportunity to create a behavioural need for gold.

Several authors have analysed the different types of prestige-seeking behaviour, at least two of which are based on individual perception of a product:

These motives are interpersonal and vary on the scale of perceived importance of price:

Given the conservative dollar-gold-price predictions, it makes sense to focus on the left-hand side of the table and seek to appeal to a mix of publicly and privately self­-conscious consumers. It is the Former group that is of interest here.

Providing an occasion for gift purchasing should be the first obvious target. Choosing one special occasion - such as an 18th birthday celebration - for essentially private consumption would not capitalise enough on the mass culture potential. In a post-modern society, it should not be impossible to create a new occasion with a clearly commercial goal the obligation to buy a specific item on a specific date.

Some interesting examples of recently created commercial events that have crossed cultural boundaries are Listed in the table below.

Nobody "obliged" to purchase roses for Valentine's Day wonders how roses came to be associated with the 14th of February. He just knows he has to buy some - an example of a successful marketing ploy based on a myth. Once the myth becomes established, it no longer requires authorisation or legitimisation.

How does the myth get established? This requires a marketing campaign that focuses on the act, rather than (typical for gold) feel or sense-marketing. Signs or image may be easily used to convey meaning and thus create an ideology, often used in propaganda wars. Roland Barthes elaborated the Saussurean signifier/signified breakdown into an operational proposal, basing it on differentiation between direct denotation and contextually dependent connotation.

It is only possible to equate romantic obligation with a commercial proposition if the consumer feels strongly that he or she has an opportunity to express an emotion by buying something. It requires an imaginative campaign to disguise the fact that the process entails a purely commercial obligation to acquire a specific range of items on a specific clay.

It is difficult to select the right occasion for such a campaign. Should it be a brand-new event? This probably constitutes the costliest proposition, but one which, once established For some years, may indeed give a forgetful executive a few headaches. Or should the industry concentrate on tying gold purchases into pre-existing events such as Mother's Day - already heavily emotional but without an allocated colour or specific gift. A third option might be to transplant a holiday - such as a gold-heavy Indian Festival - into the Western world, taking advantage of the openness of today's consumer to new cultural influences. However, the idea of organising Divali in Manhattan would probably raise a few eyebrows among even the most radical marketing advocates in the industry.

Whichever option is chosen, the results may not take long. It took five years for Halloween to enter non-Anglo-Saxon European markets. Chinese New Year is currently creeping into European supermarkets during the previously slow post-Christmas period. Can the gold industry afford to miss the next opportunity?

Rather than trying to understand the consumer universe in quantum details, the industry should concentrate on fostering gold related behaviour. Enough has been spent on enticing people to perceive gold in certain ways. It is high time the industry's attention turned towards the need to induce consumers to actually purchase it.

Repositioning of generic advertising campaigns will avoid letting the gold industry run into the "dead zone" risk, whereby despite improvement in the quality and perception of a product, nobody feels they "must" have it.

...Luke drove home slowly, trying to think of a good excuse for his empty-handed homecoming. Laura would surely be waiting behind the door with a nice gift she had probably purchased on the GoldAvenue website weeks ago. How could he possibly enjoy the warm yellow cufflinks or pen or whatever she had chosen? In previous years, Golden Day was a happy family occasion. Not tonight.

The fuel gauge nearly empty, so he decided to pull over at a service station before exiting the motorway. As he walked into the station shop, he noticed a teenager with a box hanging from his next. the boy intoned the familiar rhyme: Gold for Golden Day, 20 to 60 Euros, gold for Golden Day! Luke felt his mood lift. "What do you have left?" he asked quickly. The teenager held up his last pair of earrings - it had been a hectic day and his stock was nearly depleted.

Luke dumped the little box on the passenger seat and drove away relieved. He swore to himself that next year he would buy the golden gift on the Net at least one month in advance.