India, the world’s largest consumer of gold and silver, has traditionally been described as a sink for precious metals, ‘with a thousand gates for their entry and none for their exit’. Over the centuries, a key element of India’s maritime and overland trade has been the import of fairly significant quantities of precious metals – mainly silver – on a regular basis. In the virtual absence of domestic production, the gold and silver used in coinage, in temples, as ornaments by women, and more recently as an investment option has come from overseas. 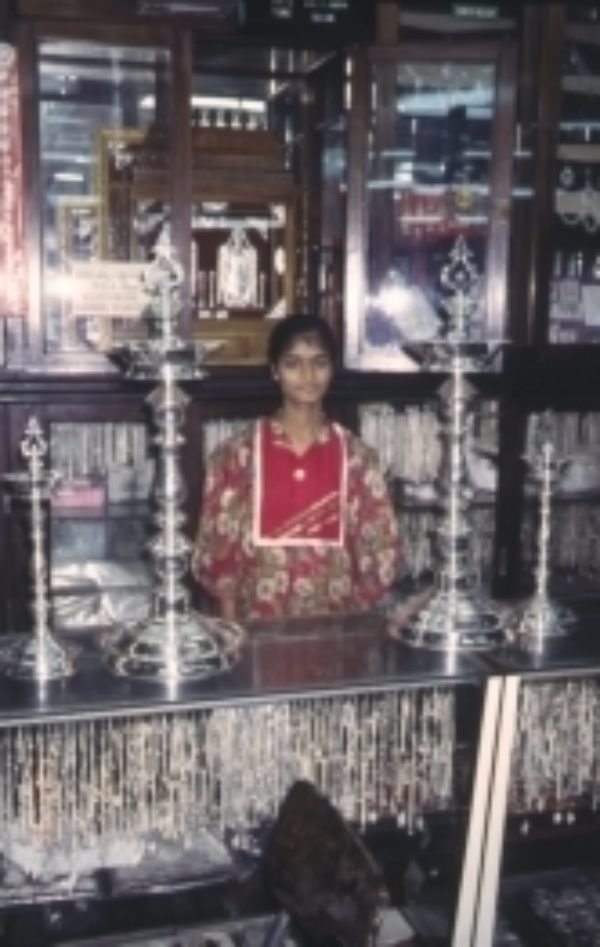 Historically the most important source has been western Asia, which in turn received its supplies largely through trade channels from southern and eastern Europe via the Levant. Yemen and Persia provided significant quantities to the west coast of India, where the leading ports were Cambay (later Surat) and Calicut. Southeast Asia was also an important source.

Today, apart from London, the largest supplier of silver to India is China. As the Indian market develops and a wider range of precious metal investment products becomes available, there will be increased trading opportunities within India and with the global market – which will benefit from being backed by the quality assurance of the Good Delivery List.

Approximately 4,000 tonnes of silver are consumed annually in India, the vast majority of which is used in the production of ornamental items – jewellery, utensils and gift articles. Industrial uses play a smaller part, accounting for about 300 tonnes.

In rural communities, silver, considered a hedge against inflation, also provides an investment function. Far more affordable than gold, it is purchased by small families in the form of jewellery, while more wealthy farmers prefer bars, generally 15-30 kilos in size, which come from Good Delivery bars that have been chopped up. Farmers reportedly bury the silver bars in their fields along with the crops. After a bad monsoon, or if there is a crop failure, it is said that silver becomes the harvest.

Jewellery designs can carry a special significance: some are only worn by young children; others denote marriage and still others widowhood. There are also regional variations, so that the style of jewellery worn in one part of the country is completely unknown in another. Even communities living side by side will each possess their own distinct pattern. This is clearly visible in places like Banni, Kutch in the west India state of Rajasthan, where a huge conglomeration of castes and sub-castes has an enormous range of designs, some of the most spectacular in the country. Thus, silver ornaments take the place of a visiting card – one glance at the wearer tells you everything about her, from her address to her marital status.

One tradition among Indian village communities is the wearing of extremely chunky silver jewellery, and the evolution of this style reveals a great deal about Indian village life. It was initially dictated by economic considerations – because it was worn on the person, and no village woman was ever expected to be alone or far from home, jewellery was safer from thieves than cash would be. Secondly, the jewellery conferred status upon the wearer, or more to the point, her husband. Thirdly, for centuries village women have bought silver jewellery in times of wealth only to sell it for cash in periods of distress.

Once the jewellery is sold, it is not put back up for sale to another wearer – no village woman would dream of buying used silver. There is a superstitious horror of possessing something second-hand. The silversmith tosses repurchased items into the melting pot, from which they will be fashioned into new pieces.

Indian silver jewellery must have a minimum purity of 50 %, the rest being made up of alloys that differ from state to state, but commonly involve copper and zinc.

No village family would want to purchase silver of a lower purity, nor would any silversmith agree to buy it back. Tradition determines the exact purity, which is not indicated on the piece, but again varies from region to region. For example, silver ornaments in Gujarat usually have a purity of 70 %, while in neighbouring Rajasthan, 85% is the norm.

Over the last decade, India has become an exporter of hand-made sterling silver jewellery and having comparatively cheap skilled craftsmanship has given the country a competitive edge over other South Asian countries, where silver jewellery is machine-made.

Much of this jewellery is adapted from traditional styles, but is modified to suit the Western wearer, being made from sterling silver, with the highest possible purity of 92.5%. Such purity would be unheard of for domestic jewellery, where the common range is 75 – 85 %. A few dealers sell export-style sterling silver domestically. 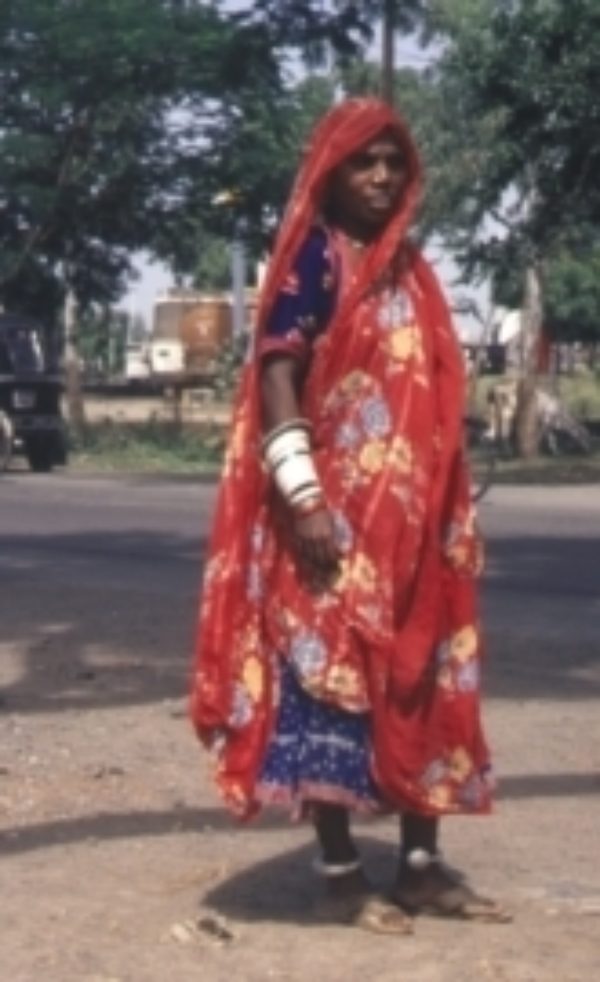 Indian silver demand has been steady throughout most of 2002. Further buying was sparked following a temporary shortage of overseas supplies in May 2002 when shipments were delayed when Chinese sellers had oversold their quotas earlier in the year. Another important factor underpinning demand this year has been the appreciation of the Indian rupee, which has risen by over 1.1% since June, making the metal more affordable.

Industrial uses account for about 300 tonnes of consumption a year. The biggest increase in industrial silver demand in India last year came from pharmaceutical and chemical usages, which rose over 60 %, with much of the growth due to silver nitrate production. In addition to its uses in photography and medicine, silver nitrate is used to make mirrors, indelible ink and silver plating.

Though it only accounts for about two tonnes of consumption per annum, uses of silver are also growing in ayurvedic medicine, which involves the use of herbal medicines and preparations, many of which contain gold and silver. It is estimated that in India, ayurvedic practitioners cater to more than 600 million people – a number constantly increasing as many people seek alternatives to the drugs used in allopathic medicines, which are perceived to have adverse side effects. A largely unquantified amount of silver is also literally consumed by Indians in the form of sweets. 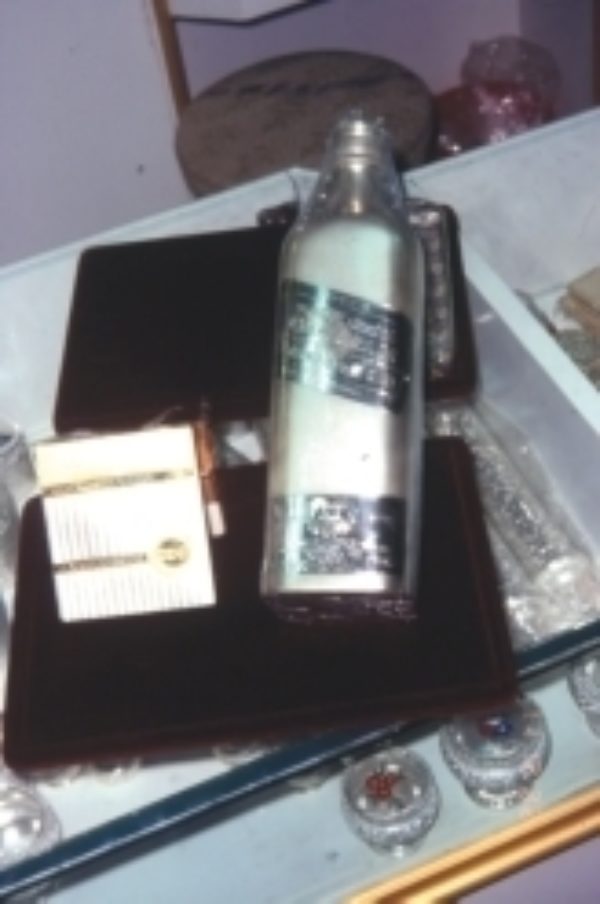 Jewellery and silverware offtake in the Indian subcontinent is estimated to have increased by 1.6 % to 2,630 tonnes from 2,589 tonnes in 2001. As with gold, demand for ornamental silver is affected by the festive and marriage seasons in February, April, June and September as well as the monsoons between June and August. Though the monsoons were on time this year, they were very inconsistent throughout the season, and this depressed demand – year-on-year June silver consumption was sharply lower. But as the monsoons progressed, and the festive and marriage season came into sight, demand in silver has steadily increased and good buying has been seen across the country.

Because its demand is very price-elastic, India will remain one of the most important swing factors in the global silver market. The key psychological level for local prices is currently 8,000 rupees per kilo. To translate into international prices, consider that Indian jewellery is sold based on the weight of the piece plus a mark up, usually 10 to 15%. This implies that as long as the international price is less than $4.80 per ounce, as it has been for most of the year, local prices will remain below 8,000 rupees, thereby keeping Indian silver demand buoyant – likely to be the case for the rest of the year.

Rajan Venkatesh joined Scotiabank in 1984 and was initially responsible for branch operations in Mumbai.

In 1998, he joined ScotiaMocatta with responsibility for bullion marketing and product development for all of India.

He has a master’s degree in commerce with a specialisation in banking and international finance.