MCX and NCDEX Spell Success in India : Two New Commodity Exchanges Work – And On Saturdays Too

Following the removal of obstacles towards investment in gold futures in India, two Mumbai- based exchanges have launched gold contracts. Given India’s long-standing prominence in the gold market and the recent shift in global market activity towards investment, these new contracts would appear to be in the perfect location to be guaranteed a successful future. Or is that too simple a scenario in a country renowned for its complexities?

Further to deregulation in 1998, a host of commodity contracts was created as the Indian government took steps to promote hedging. Two local exchanges – the Multi Commodity Exchange (MCX) and the National Commodity Derivatives Exchange (NCDEX) – have created gold futures contracts during the last two years, along with other products as diverse as they are numerous. Many of the commodities targeted were agricultural products of strictly local significance, in particular on NCDEX: Their 49 listed commodities include Common Parboiled Rice and Jute Sacking Bags.

MCX and NCDEX have similar structures: both are national-level commodity exchanges recognised by the Government of India and provide electronic trading platforms giving access to their varied contracts. However, they differ in that volume on NCDEX is being driven largely by regional domestic crops such as guarseed, guargum and chana, while the main activity on MCX revolves around gold, silver, crude oil, copper and polymers, thus giving it a more international feel.

India is the world’s largest consumer of physical gold, the addition of local gold futures contracts would seem to be the ideal complement for investors. But is another pricing mechanism for gold required locally – since the loco London spot price and Nymex futures (combined with local foreign exchange rates) are already providing price discovery in the most efficient way?

Additionally, are the exchanges able to meet the requirements needed for onward physical delivery to jewellers and, more importantly, attract ongoing foreign supply of bullion to provide the underlying product and liquidity?

And will gold futures become an asset class within India and eventually act as a substitute for investing in jewellery? 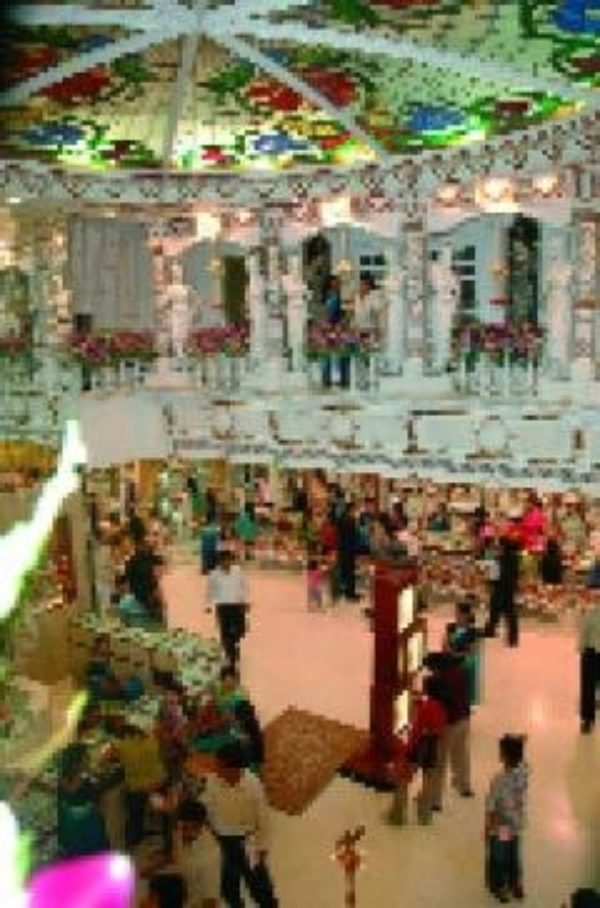 From Tradition to a Two-Way Market

Indian investment in gold was previously confined to the purchase of jewellery, which had two well-known attractions: firstly, investment and second, adornment. It is an integral part of Indian culture – in the same way that the recently-paid British worker spends some cash on a Friday night curry, the Indian worker pays a Friday night visit to the local jeweller.

But India is a one-way street when it comes to this type of gold investment. The export of scrap is illegal, so the only method of liquidating golden assets is to sell back to the jewellers who, if they are in a generous mood, might charge between 10 and 15% of the value – not the most attractive bid/offer spread for an investor.

The pricing method traditionally used by the Indian consumer industry has been based on foreign supplies of bullion, which use the loco London spot price in US dollars, as the rupee is not fully convertible. Only when the finished article is sold to a customer in rupees does the jeweller then convert his rupee receivables to obtain a perfect hedge.

Rather than trying to compete with this hedging mechanism already provided by the international market, when the exchanges designed their gold contracts, the intention was to attract jewellers by providing them with something new– something that would enable them to directly hedge their forward purchases in rupees. They tried to localise the contracts so that they could enhance some aspects of physical trading whilst providing something new to India – a two-way market.

Jewellers were not the only target user s for the new contracts. MCX has stated that their intentions were to:

Provide a local hedging mechanism to all bullion importers, bullion traders, jeweller y exporters and merchants. Provide a trading instrument where traders could take a view on the price based on their own studies of fundamentals and technicals.

Provide a reliable system to source gold, where investor s can buy bars in the denominations of 1 kg or 100 g rams and where purity is assured. Provide a system for safekeeping of gold, meet investor requirements to be able to invest money in gold and keep it in safe custody.

Help India emerge as a powerful source in deter mining the price of gold, dependent upon local demand factors. Assist a new class of investor s who wish to diversify their portfolio by investing part of it in gold.

Gold Pure and Simple. Plus Tax

The most important ongoing challenge for the two exchanges will be to attract liquidity through physical supply. Both exchanges list 1-kg 995 gold bars. MCX additionally lists two further contact specifications: Gold HNI (high net-worth individual), which is 3-kg, and Gold Mini, which is 100 g rams.

In order to ensure the quality of the bars the exchanges have restricted delivery to refiners on the LBMA London Good Delivery List. Nothing new about that method: the Istanbul Gold Exchange created its acceptable delivery list in the same way. However, as the London Good Delivery List is based on 12.5-kg large bars, the pool of refiners is restricted to those that can produce a minimum of two sizes of bars.

But the similarity between the two exchanges ends there. Supplying physical gold to the Turkish market involves two straightforward steps: arrange shipment and declare the goods within three days of arrival. The gold is zero-rated for VAT purposes. However, supplier s of physical gold to the Indian exchanges face a very complex procedure. In order to import gold into India, a company must be registered with the Reserve Bank of India as an authorised bank or a Nominated Agency. There are two types of nominated agencies: public sector agencies, which are permi-ssioned by the government of India and are 99.9% owned by the President, and authorised banks, of which there are currently 14. These are regulated by the central bank and must be either an Indian domiciled bank or have a branch in the country.

On top of this there are tax considerations. There is a flat-rate import duty of 102 rupees per 10 g rams (currently 1.6%), plus another variable local municipality tax, known as an Octroi. On the sales side there is a VAT system that varies from state to state. It has been announced that this will be uniform m from April 2006, although this has been promised for five years running.

So a potential supplier to an Indian exchange must first of all be a Nominated Agency y that will pay the import duties. Secondly, the company will need to work in partnership with a broker that can access the exchange on its behalf – and exchange member ship fees must also be paid. 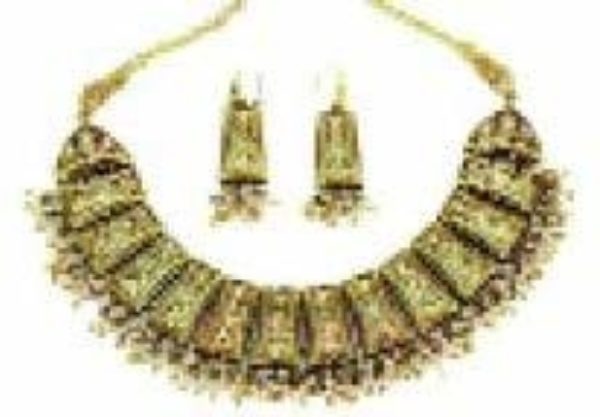 Both MCX and NCDEX have striven to create contract structures that are flexible, as the Indian market is quick to adjust to local and international developments. An example of this was seen in August 2005 when the deliver y date structure on MCX was given greater flexibility. As Anjani Sinha of MCX explains,

“We launched a weekly contract in gold in denominations of 100 g rams and 1-Kg. The purpose was to provide a mechanism through which the bullion dealer s and jewellery merchants can take delivery every week instead of having to wait for one to two months in a futures contract. So far this has seen a good response from stock market investors. “However, in India there are still some other hurdles to jump in entering the market. For example, tax structures differ across states, which is a hindrance in developing a common Indian market. We believe that next April, VAT will be harmonised across the entire country, which would help us to create a gold contract that is a national, level benchmark to be used by people in any location to source and give delivery.”

A Success in the Making

Are the contracts a success? Looking at the trading volumes, they seem to have made a good start. Sinha notes that, “MCX’s volumes at present are around INR 3500 crores [one crore is 10 million] per day [equivalent to $777m], which consists of around INR 800-1000 crores in gold, INR 1000-1200 crores in silver and INR 800-900 crores in crude oil, with the balance relating to the other commodities. With over 1,000-member s and around 5,000 trading terminals, new commodities are continually being added to the exchanges to allow further expansion and penetration of this market in remote areas. MCX expects exponential growth in volume in the coming years.”

However, if the contracts are to attract the liquidity they need to succeed in the long-run, the process of supplying gold will need to be streamlined.

According to Sinha, the government and the regulator s have been “…very co-operative in helping the exchanges to create awareness through various support programmes. There are still some issues relating to the physical market, such as the Essential Commodities Act, restrictions on movement and storage of goods, the licensing of dealer s, differential sales taxes and local levies that are being sorted out gradually.” MCX has been looking to raise its profile outside of India’s borders as well. They announced shareholding in the Dubai Gold and Commodities Exchange (due to open on 22 November) and have recently signed an MOU with NYMEX. Both activities will surely help in the promotion of MCX, though it will be interesting to see how two exchanges – in virtually the same time zone and both open on Saturdays – work together.

David Gornall started his career in 1979, trading silver at Lonconex Limited, part of the Primary Industries/Golodetz commodity trading group. After a spell at Morgan Guaranty Trust of New York, he moved to Sogemin, trading in the LME ring and heading the bullion and FX desk. In 1992 he joined NM Rothschild to start their LME base metals operation, before returning to Sogemin – now Natexis Commodity Markets – where he is a main board director responsible for bullion and FX trading.