It is no secret that platinum group metals are scarce goods these days. Only 205 tonnes of newly mined platinum, 235 tons of palladium and 23 tons of rhodium reach the international markets each year. Their limitations in supply contrast sharply with their growing popularity in industrial uses. The precious white metals play a vital role in most modern industries – automotive, glass and chemical – either because they form part of the end product or are bound into the production process. Their attraction is not jewellery buyers and investors as well. 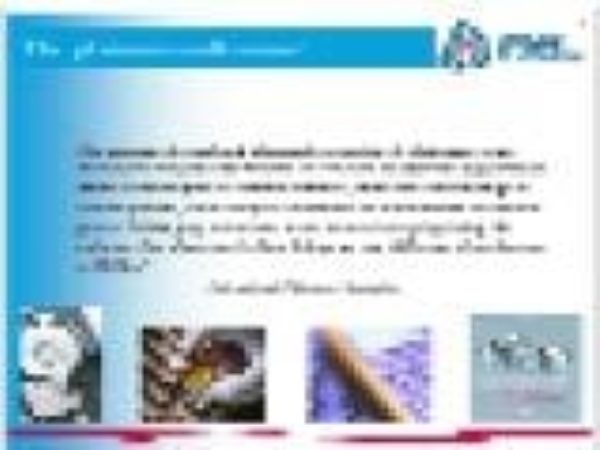 It is therefore no surprise that the combination of global economic growth, increasing investor interest and restrictions on supply led to a massive surge in price for pgms and other metals in recent months. Platinum is a leading example, reaching 25-year highs above $1,000 an ounce at the beginning of December. The rhodium price doubled within the last 12 months to more than $3,000, and palladium gained nearly 40 percent to over $270 in just eight weeks.

This development is unprecedented over the last two decades. The fact that it has not caused sheer panic amongst industrial end-users is the result of the timely introduction of corporate hedging policies during 2003 and 2004. During those years, many major companies secured prices as far out as 2006; hence they are still relatively comfortable – for the time being. But with the hedges now gradually reaching maturity, interest in future developments in the platinum price is certainly growing amongst industrial end-users.

To address their need for first-hand information, Heraeus, the German-based precious metals refiner and fabricator, invited industrial clients to its first PGM Forum, which took place in Hanau, Germany on Thanksgiving Day, 24 November.

About 80 participants from nearly 50 companies accepted the invitation to discuss the latest developments in the pgm markets. The six presentations held covered a wide variety of topics, ranging from production and new uses of pgms to the development of the global economy and the potential impact on prices. Summaries of the main points of the presentations follow.

Opening remarks from Dr Roland Gerner, Managing Director of W.C. Heraeus, were followed by a presentation from Peter von Zahn, Branch Manager of Anglo Platinum’s subsidiary RPM in Zug, who outlined the latest developments in the South African mining industry.

South Africa continues to be a major supplier of pgms, currently producing about 77 percent of the annual global platinum output. The country holds about 63 percent of reported worldwide platinum reserves and resources; together with neighbouring Zimbabwe that number increases even more to 80 percent. Of the South African reserves and resources, 73% are owned by Anglo Platinum, 13% by Impala, 9% by Lonmin, and 2% by Aquarius and 1 % each by Southern Platinum and Northam.

After announcing expansion plans in May 2000, the South African industry faced a number of challenges, which included the dollar price of pgms – particularly the initially low palladium and rhodium prices – the highly volatile nature of the rand exchange rate and a producer price inflation of 33.7 percent in just four years. Operating margins declined between 2000 and 2004, from 60.3 to 27.8 percent, leading to severe restrictions on cash flows.

These constraints necessitated the revision of the previously published expansion schedule. For Anglo Platinum alone that meant a reduction in the planned output for 2006 from the initial target of 3.5 Moz to 2.7 – 2.8 Moz, which was announced in February 2005. The guideline for Anglo Platinum remains the expansion of production in line with increasing global demand while maintaining the flexibility to be able to react to new trends on the consumption side.

When describing the political challenges for the mining industry, von Zahn emphasised that Anglo Platinum is firmly committed to a sustainable BEE. There are ongoing discussions about the Precious Metals Bill, which is intended to provide greater downstream beneficiation opportunities and assist the government’s implementation of its broad-based socioeconomic empowerment charter. However, a number of amendments proposed by the mining industry have been accepted and the Bill is now likely to be enacted early in 2006. 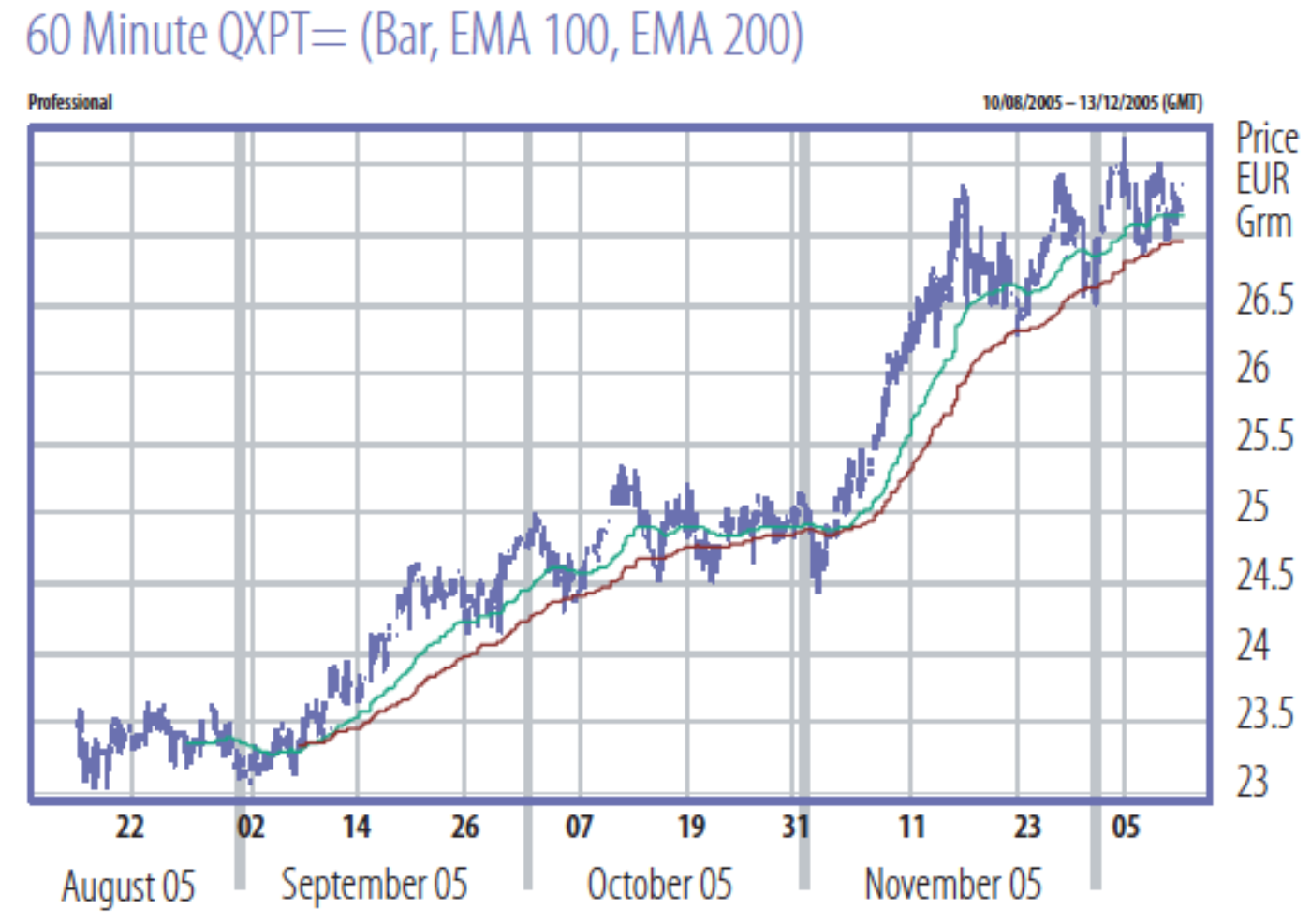 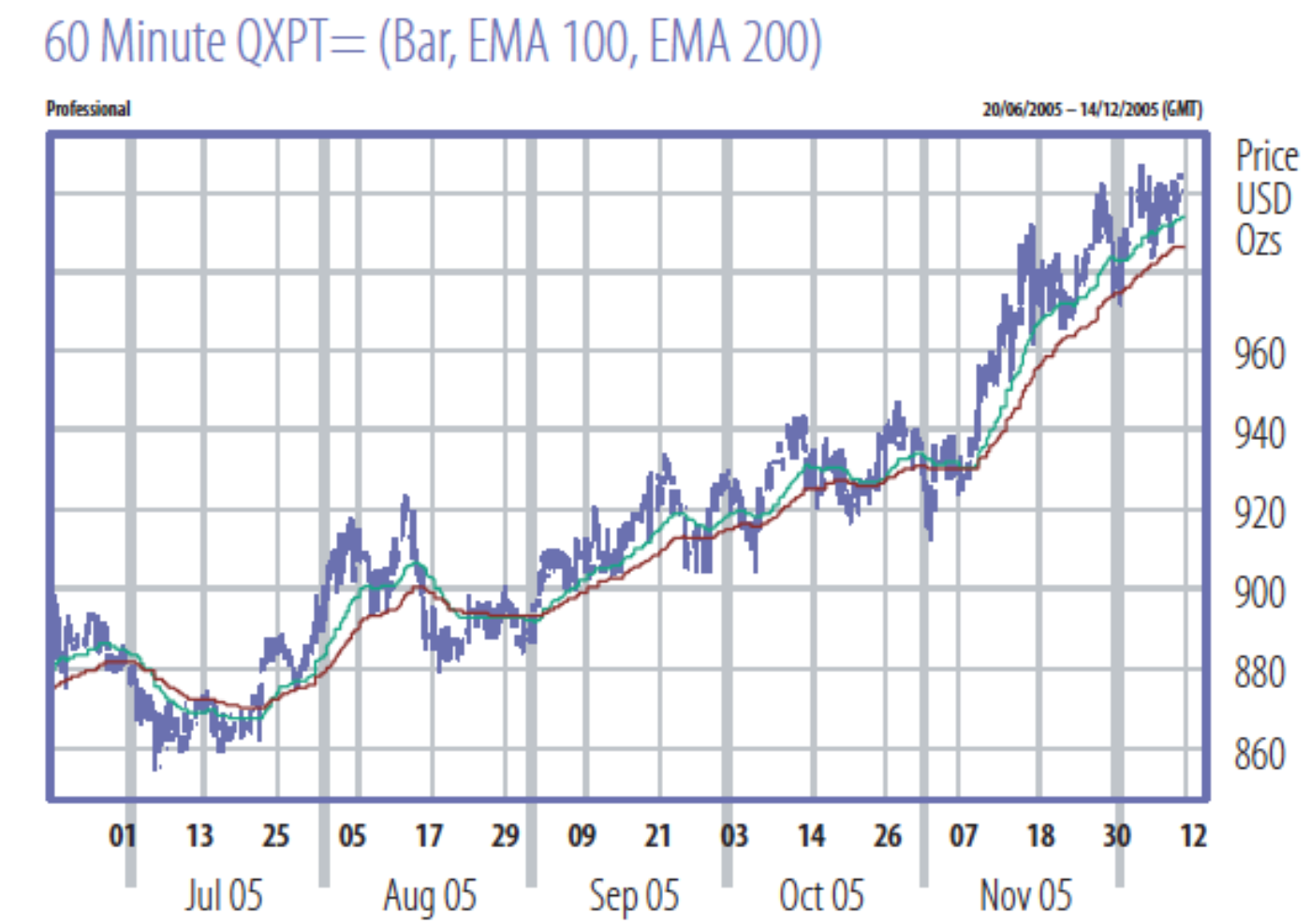 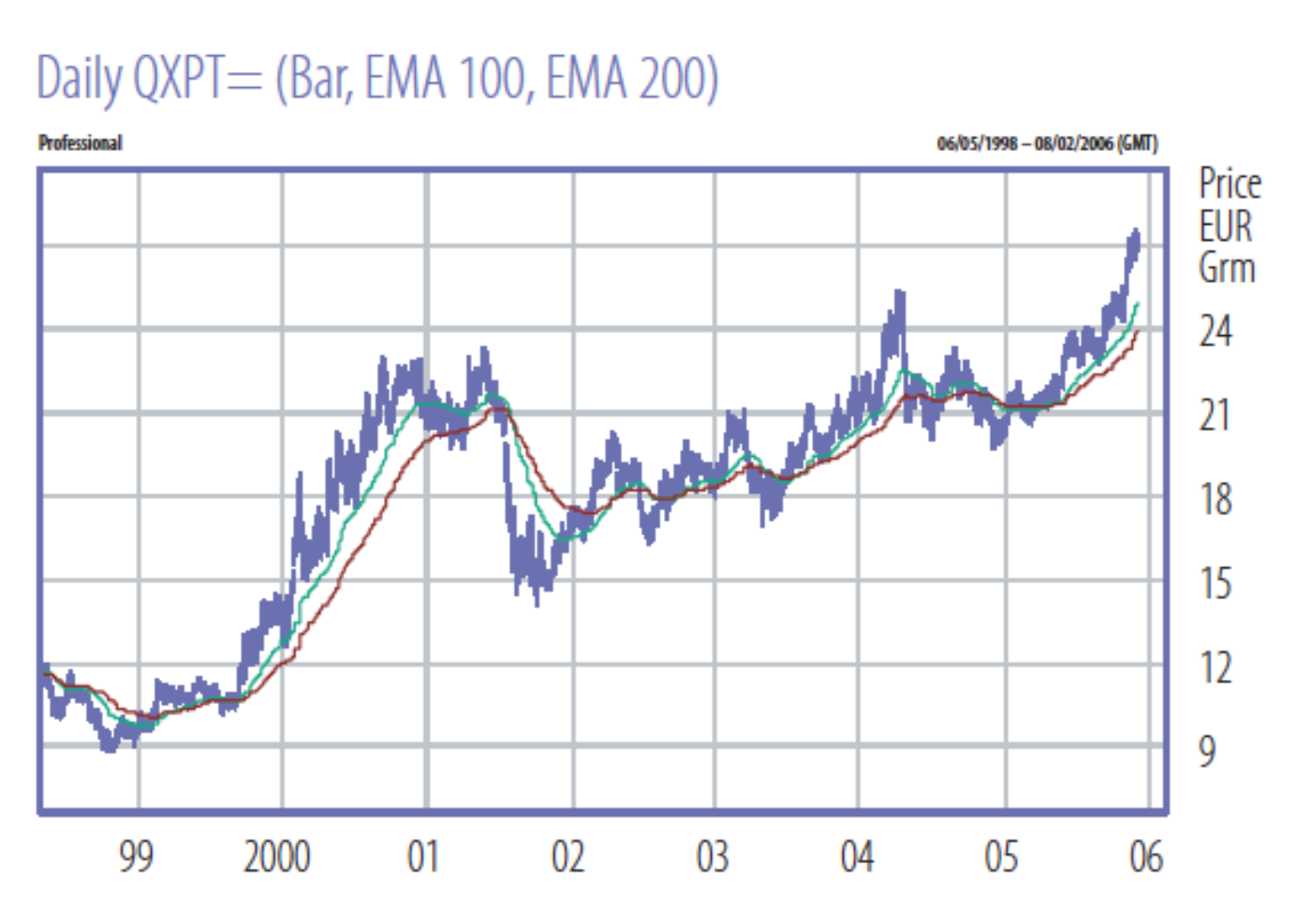 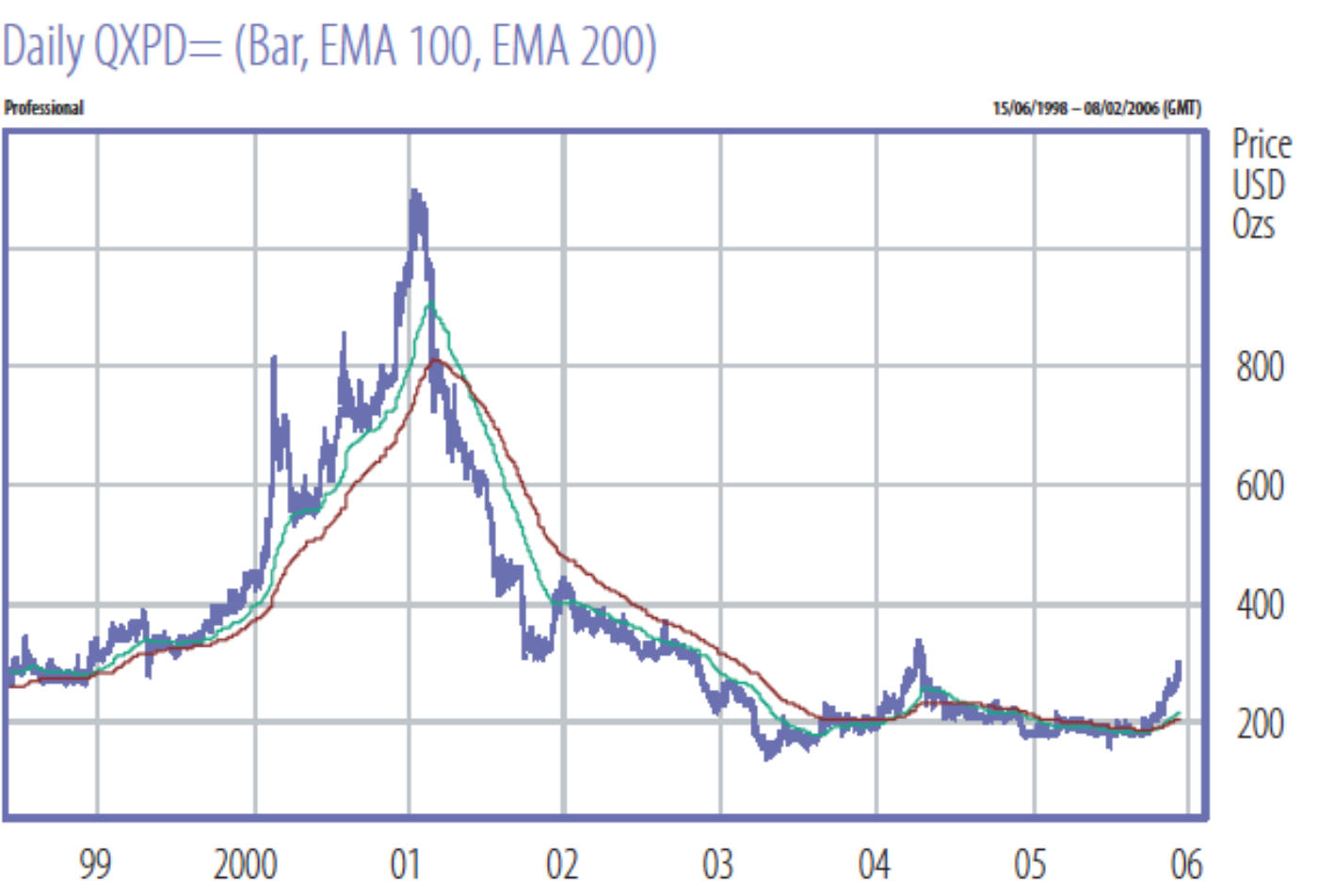 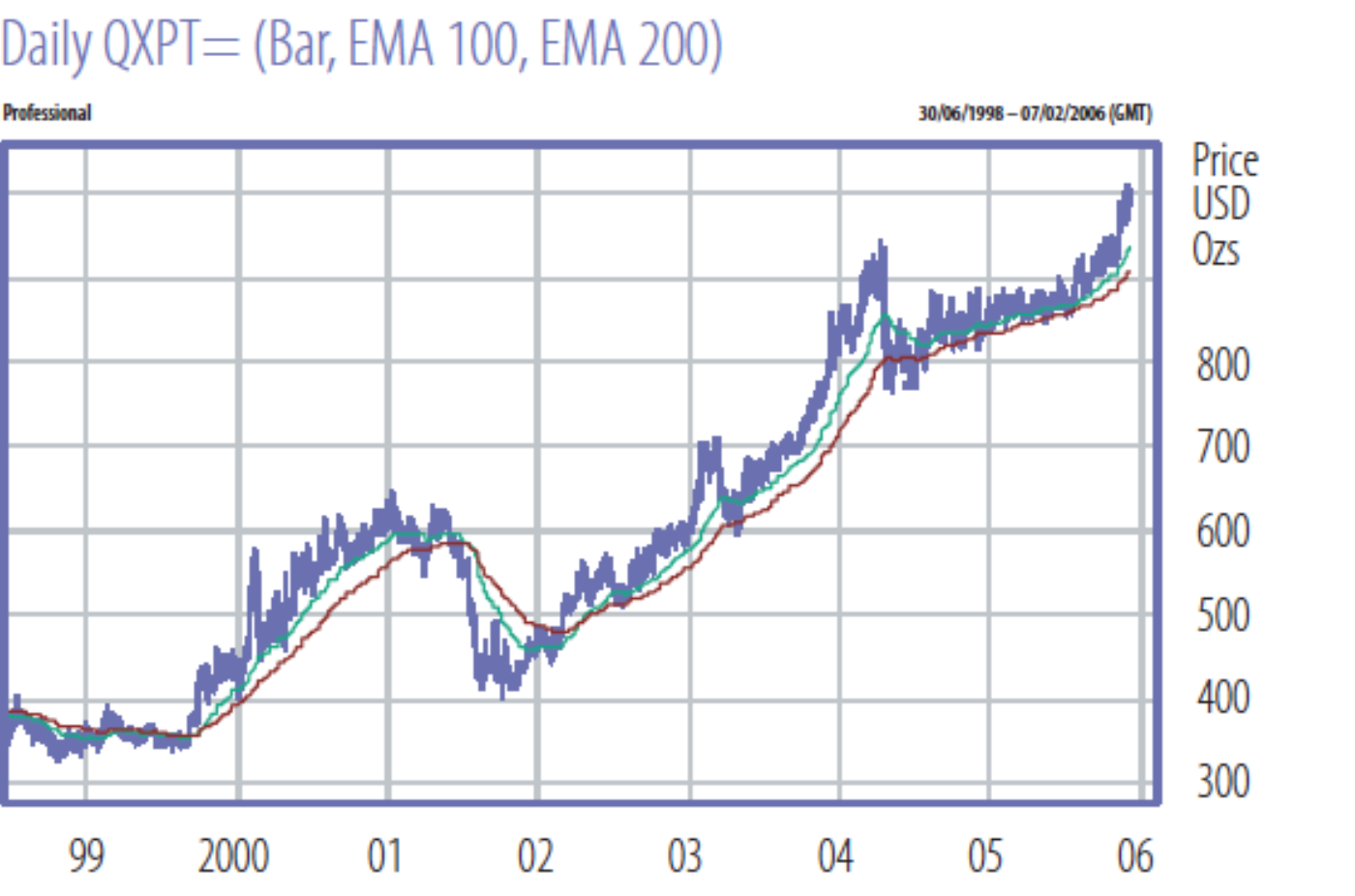 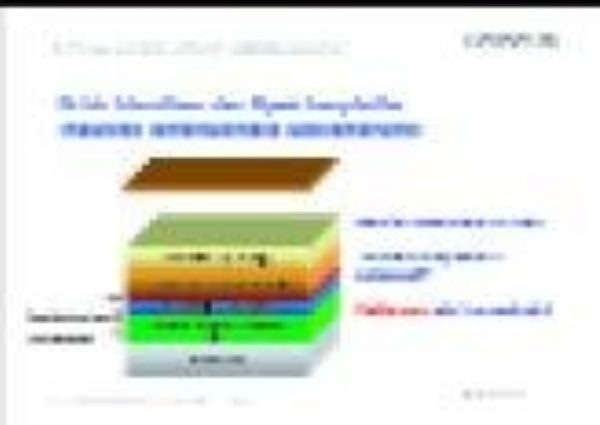 The second speaker, Dr Martin Weigert of Heraeus’s Thin Film Materials Division, covered an area in which platinum usage has seen tremendous growth in recent years, in particular in terms of the amount of metal used in the production process.

Magnetic rigid discs have been the workhorses in computer data storage for the last 20 years. Due to their high-speed access and low cost per bit, rigid discs have defended their leading position in spite of the challenges from a wide range of competing technologies.

These discs are coated with thin film layer packages of thicknesses in the range of less than 100 nanometres (the width of a virus; a nanometre is one billionth of a metre). The core of this layer package is a cobalt-alloy thin film of just 10 nm in thickness. The use of cobalt is very important here, because its magnetic anisotropy (the transmission speed, which varies depending on the direction of measurement) enables the safe storage of written data over a long period of time.

The permanent goal of the data storage industry remains miniaturisation combined with increased storage density, which is why platinum was introduced as an element into the cobalt alloys in the early 90s.The white metal dramatically improves the magnetic behaviour, so that much smaller and more stable bits can be written. In the late 90s ruthenium was also introduced into the storage layer systems.

All layers inside the rigid discs are produced by using a sputtering process, which is a plasma-assisted vacuum deposition technique for extremely thin films. Heraeus’s part in this field is the development and production of the raw materials – the sputter targets – for these coating processes. Although the actual consumption of platinum is not very high, the sputter target technology requires quite remarkable amounts of platinum, which are permanently bound in the loop of target and rigid disc production.

The permanent cost decrease and storage density improvements in the rigid disc industry have recently opened additional markets for this technology. Magnetic discs are nowadays found in consumer products such as DVD recorders, MP3 players, camcorders and mobile phones. According to Weigert, further growth of the demand for platinum in this field is therefore to be expected. 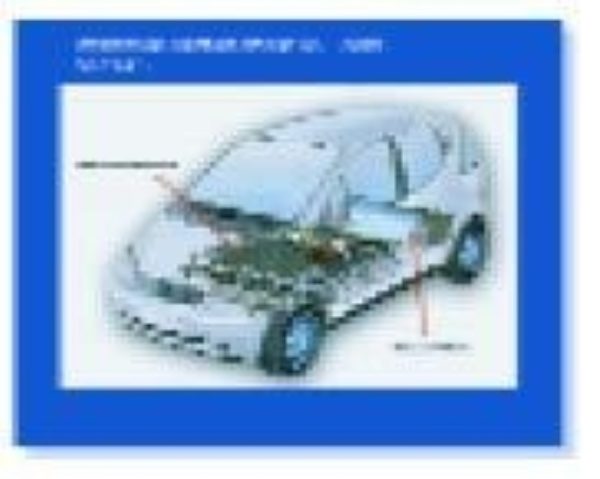 Another field that has been repeatedly mentioned in the context of future growth in the industrial usage of platinum is fuel cells. Prof. Dr. Hartmut Wendt, one of the leading experts on fuel cells in Germany, gave an update on the current status of the development of the usage of fuel cells in cars. His remarks were probably good news for the industrial platinum users in the audience, as he pointed out that, in his opinion, the current likelihood of the introduction of fuel cells in cars is actually decreasing. According to Wendt, some car producers have already scaled back their original plans, although there had been some progress in the past years in terms of solving existing technical problems.

The biggest challenge facing the introduction of fuel cells by the automotive industry is their cost, which is currently about 5,000 euro/kw. If methanol rather than hydrogen is used as the fuel, the cost of the necessary reformer is even higher – and is in addition to the cost of the cell. By comparison, a conventional engine currently costs between 150 and 200 euro/Kw. Platinum is not actually in itself responsible for the extremely high cost, even though a 40 Kw fuel cell currently still contains nearly four ounces of the metal, generating a bill of up to 3,000 euros. Research is under way to reduce that amount of platinum to just 12 grams, but compared to the cost for pgms currently contained in catalytic converters, even the reduced amount would still be considerably higher.

It is more likely that fuel cells will initially only be introduced into portable solutions, such as laptops and digital video cameras or in form of APUs (auxiliary power units). Due to the smaller size of these items, the platinum loadings would be much smaller.

One of the conclusions that could therefore be drawn from this presentation was that fuel cells could probably be ignored in the coming years in terms of their effect on global platinum consumption: an outcome the beleaguered industrial consumers of platinum could certainly live with.

The high hopes of industrial end-users for a potential fall in commodity prices (and platinum in particular) were immediately dampened when the next speaker, Dr Thorsten Polleit, chief economist of Barclays Capital in Germany, presented his outlook for the global economic situation. He described the move of the global economy towards a “new world order”, characterised by new emerging economic and political powers, growing competition of economic systems, ageing populations and a potential “Clash of Civilisations”.

According to Polleit, the resulting environment of higher inflation, high government debt and a continuing huge US trade deficit would plant the seeds of an ongoing march towards a higher gold price, potentially taking other precious metals, including the pgms, with it.

Hans-Günter Ritter and Wolfgang Wrzesniok-Rossbach: The Price Outlook for PGMs in2006 and Ways of Hedging Price and Interest Rate Risk in the Current Environment

Hans-Günter Ritter, managing director of Heraeus Metallhandelsgesellschaft, then presented his company’s forecast for the platinum metals prices for 2006. He agreed with Polleit that a positive environment for commodities would persist, although in Heraeus’s opinion, the outlook for individual precious metals varies.

The platinum price could well continue its rise in early 2006, and there is a good chance that it will test and even exceed the 1980 high of $1,047.50 an ounce. Looking further out, Heraeus is much less optimistic – on the back of a reduction in demand from the automotive sector, largely due to the partial substitution of platinum with palladium in the catalytic converters of diesel-powered cars.

This process will have a slow start, but once fully implemented it could result in a reduction of demand by the European car industry by several hundred thousand ounces per annum. Other potentially negative factors include the ongoing and perhaps even accelerating expansion of South African production and the already high speculative long positions in the market.

While initially a potential setback towards the area between $920 and $950 per ounce might already prove to be attractive to lock in prices on a forward basis, Heraeus would not rule out that the low later in 2006 could lie somewhere around $850 an ounce.

The situation seems brighter for palladium. The increase in jewellery demand in China, which was reported by Johnson Matthey in November, the expected surge in demand from the automotive and electronic sectors and the rediscovery of the metal by investors could ultimately lead to prices ranging as high as $350 an ounce next year.

Sceptics refer to the fact that there is still metal waiting to be sold from undisclosed Russian official reserves, but since the numbers mentioned by analysts in that context range between nearly nil and a maximum of one year’s production, the threat to the price increase seems somewhat limited. After all, the gold price has doubled in a few years’ time and central banks are sitting on 15 years of mine production.

Given the overwhelming interest of the audience in lower prices, the meeting therefore ended with mixed feelings. But everybody taking part agreed on one thing for 2006: that this event should be held again.

Wolfgang Wrzesniok-Rossbach is Head of Marketing and Sales at Heraeus Metallhandelsgesellschaft. He is responsible for the client relationship management and research activities of the Hanau/Germany- based trading desk.