IPA: A Catalyst for the PGMs 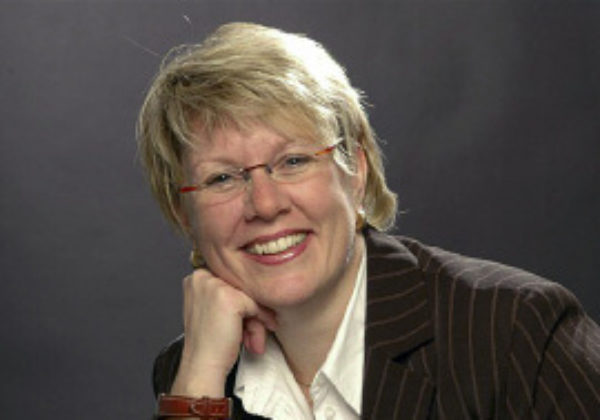 Don’t be misled by what it says on the tin: the IPA’s broad remit covers all industrial – that is, non-jewellery – applications of all the platinum group metals. In addition to platinum, this includes palladium, rhodium, iridium, ruthenium and osmium. Gabriele Randlshofer, the IPA’s head, describes the organisation, its work, and its goals.

Let’s start at the beginning. How did the IPA – the International Platinum Association – come into being?

The impetus to form our association came about as the use of pgms in industrial applications began to expand rapidly during the mid to late 1980s, mainly as the use of catalytic converters grew much more widespread in the wake of legislation tightening emissions control. It was felt that the industry could benefit from having an association solely dedicated to the use of pgms in industrial applications, and so, in December 1987, the IPA was founded.

I know that the IPA is sometimes confused with the Platinum Guild International but, although we share some of the same members, they are two completely separate companies with very different remits. The PGI actually came into existence first, about 30 years ago, with the primary aim of marketing the use of platinum in jewellery. That is the only metal and the only application they cover.

What are the IPA’s main activities?

We are a trade association, not a marketing organisation – we’re more of an information provider. Our remit covers all industrial applications – basically any use for pgms except jewellery – and all the platinum group metals: platinum, palladium, rhodium, iridium, ruthenium and osmium. We seek to create an awareness of how pgms are used among legislators, the media, market analysts and the general public. What we don’t do is forecast or comment on market prices.

One of our main activities is to monitor tax and trade policies around the world – anything that can have an impact on the industry. As you can imagine, this involves quite a lot of time and effort. When there are legislative developments, we update our members and try to identify opportunities where we can influence the outcome. As we represent different interests – both mining and fabricators – we don’t try to issue joint statements. Rather, we try to identify the responsible parties within legislatures for our members to contact.

What types of companies make up your membership?

We have 13 members, which come from the mining, production, refining and fabricating sides of the industry. Our membership is worldwide – Europe, Japan, Russia, South Africa and the United States.

Do you work with other organisations?

We think it’s important to exchange ideas and information with other organisations. We are a member of Eurométaux, and work together with the European Precious Metals Association on the REACH legislation. We also maintain dialogue with the ICMM – the International Council for Metals and Mining – which requires that its members adhere to certain standards. Two of our members, Lonmin and Anglo Platinum, are also members of the ICMM.

Last spring, we set up an exhibition in the European Parliament. We worked with the Association for Emissions Control by Catalyst, a scientific lobbying organisation based in Brussels. Our goal was to inform legislators of how the industry has been able to contribute to air improvement through catalytic converters and diesel particulate filters.

You mentioned that emissions control legislation was the catalyst for the creation of the IPA. What are the main industrial applications for pgms today?

I am sure that most members of the general public don’t realise how many applications pgms have in the articles that they use in everyday life, from fountain pens to smoke detectors. While catalytic converters still account for the single largest industrial usage of pgms – 85% of all cars worldwide are fitted with converters – new applications in other areas are being added all the time, meaning that demand for pgms is constantly increasing.

Other examples include pgms used in catalysts for oil refining; in medical applications, where they are found in chemotherapy drugs and in pacemakers and defibrillators; in glass production, in the fabrication of LCD screens; and in electronics, where they are used in components of cell phones and hard disks.

What methods do you use for educating and informing?

We issue a newsletter twice a year, which covers recent developments – for example, one article in last November’s issue detailed how Europe’s new REACH legislation will affect the metals industry – important information for our members located outside of the EU. Each issue also contains a profile of one of our members, which gives them a chance to describe their activities in detail. Furthermore, we inform our membership on a bi-monthly basis of the latest developments in legislation and industry.

Although platinum is in our name, we cover all pgms, so we try to stay as objective as possible. Since some of our members are primarily platinum producers, and others produce palladium as well, we don’t try to promote the use of one metal over another. If prices are volatile, there is always talk of metal substitution, but we try to remain neutral – it’s really a question of what metal is best suited for an application.

Of course, commodity markets have attracted a good deal of interest from the investment community, and that’s led to volatile market conditions at times. Since our members are involved on the industrial side, too much volatility scares their customers and damages their business. To the extent possible, they would prefer stable market conditions.

Looking ahead, with pollution and greenhouse gas emissions becoming one of the top priorities in our world, our objectives are to further increase the awareness of the contributions our industry provides in improving our global environment.