In the wake of the Bank of Spain’s larger-than-anticipated liquidation of gold reserves in the first half of 2007, it seems that the entire central bank community is once again being branded as villains.

It makes for amusing reading, given that the banks were viewed as heroes not all that long ago. Of course, going back a bit further, during the 1990s it was common to see criticism levelled at the official sector. It was a natural reaction: there had been a sustained period of price weakness. Somebody had to take the blame.

The late 1990s was definitely a finger- wagging era, with very few heroes in sight. Central bankers watched their assets continually erode in value, as did the miners. Even the jewellers, who generally thrive on cheap gold prices, were worried that gold would lose its allure in many parts of the world because of the constant erosion in value.

Speculators – able to run substantial and profitable short gold positions – were sitting quietly under the radar during this period, but central banks found themselves in the front line – an easy target because they rarely reacted to the accusations being levelled at them.

Bunfight at the O.K. Corral

A lunch that will live long in my memory took place in Barcelona at the time of the FT Gold Conference ten years ago. On my left we had the Gold Producer, whilst on my right we had the Central Banker.

What followed was both hugely entertaining and a little ridiculous. The central banker had to endure a volley of abuse from the producer, who was complaining that the central bank community was doing untold damage to the gold market on two counts. On the one hand they were selling large quantities of gold in a less-than-coordinated fashion, creating confusion and uncertainty. On the other hand, they were providing liquidity, which allowed the hedge funds to attack the market from the short side.

Either way, the conclusion was that the fact that prices were at 18-year lows and still sliding was clearly all down to the central banks and their irresponsible attitude! I allowed the onslaught to continue for some time, fairly secure in the knowledge that nobody was going to get hurt. However, despite wanting to remain neutral (being the host), I eventually had to stand up for the central banker, who was clearly well trained in not rising to the bait.

Had the producer been a non-hedger, his argument would have been reasonably valid, but this producer most certainly should have acknowledged the fact that his company was one of the bulge-bracket hedgers of the day. While they weren’t responsible for either of the two ‘super-hedges’ that saw millions of ounces enter the market in the late 1990s, they undoubtedly were one of the top five hedgers of their day. As a direct beneficiary of the healthy contango that existed, I felt that the producer’s barrage was just a little unfair.

Sentiment was against the central banks during the late 1990s primarily because prices were under immeasurable pressure. To their credit, the official sector avoided getting embroiled in all the rhetoric, which included plenty of accusations, in addition to the conspiracy theories that started doing the rounds at that time. Much more sensibly, a group of 15 European central bankers, who collectively held more than 400 million ounces of gold, sat down to formulate the ECB Gold Agreement in September 1999.This agreement, closely followed by a pact between the major gold hedgers to reduce their activity, marked a turnaround in gold’s fortunes. Result: the swingometer quickly flew back into the hero section for the much-maligned central bankers.

But was the criticism fair in the first place? Should the central banks have accepted the blame for the general state of the gold market as it moved into its twentieth year of a bear run? If one looks at the amount sold from the official sector during those years – a mere 2,300 tonnes from 1980 to 1999 – the logical conclusion is that the blame must lie elsewhere. The global hedge book represented a much larger number than 20 years’ worth of official-sector sales, and a good proportion of that had entered the market in the previous three years. In light of that, the initiative from the European central banks to restrict sales in a bid to create improved transparency should register high on the hero end of the swingometer.

A Century of Ebb and Flow in Central Bank Gold

One hundred years ago central banks are thought to have owned something in the region of seven to eight thousand tonnes of gold. Interestingly, as the table shows, the top gold-holding countries then looked very similar to today. Switzerland was the noticeable absentee, presumable blissfully unaware of the lead role it would be playing as history unwound in the years ahead.

The other big gold holders prior to the Great War were Russia, coming in second with 1,233 tonnes, and Argentina in fourth place with 440 tonnes, two names that – although they are not in the top five – are frequently mentioned in the market today. So two possible conclusions can be drawn: first, gold is quite addictive, and second, with very few exceptions, it must have served a useful purpose for the countries that have stayed with it for a century or more.

The UK has always helped to ensure that gold played a leading role in the huge expansion of the global monetary system since the 19th century. Despite this, the Old Lady of Threadneedle Street has never had a particularly large holding – it peaked around 2,500 tonnes in the late 1950s and, as we all know, currently the UK sits well outside the top ten with a little over 300 tonnes. The United States adopted the gold standard in 1934 and a conversion coefficient (otherwise known as ‘price’) was set at US$35.00 per ounce. This price was deemed workable through the Bretton Woods agreement of 1944, and still held good into the 1960s when the gold pool was established. During this period of expansion, the gold price effectively became overvalued, which prompted holders of gold around the world to sell their holdings to the United States. As a consequence, the US increased its holdings to a peak of 20,000 tonnes following the end of World War II, which accounted for more than half the global official holdings at the time.

Despite the fact that the absolute link between national money supplies and gold holdings was broken, gold still played a very important part within the international monetary system, and it was only after a period of growth and inflation through the mid- to late-1960s that a fixed official gold price became untenable. In 1968 a two-tier system was set up, allowing other countries to participate at the official rate and, with the dollar too high (or gold price too low, depending upon your viewpoint), huge quantities of gold were bought and removed from the system to go ‘East’ in the late 1960s as the ‘arbitrage’ was exploited.

The gold standard was effectively abandoned in 1971 with President Nixon ‘closing the gold window’. Since then, very little has changed in the way the market has operated. The US dollar has become the ‘standard’ and gold’s role has subtly changed to that of a reserve asset, which means it now needs to stack up on its own merits as a worthy asset to hold.

At the LBMA conference in Johannesburg, central bankers told us that gold is now held for three reasons – namely yield, yield and yield.

Gold’s role as a worthy reserve asset has been challenged several times in the last decade. Eddie George used the argument that gold was one of the UK Treasury’s worst performing assets in the late 1990s; hence the decision was made to sell more than half of the UK’s holdings. I was somewhat surprised to see Spain use that same argument as justification for their sale, given the spectacular increase in prices in the last decade.

We heard from several esteemed central bankers at the LBMA conference in Johannesburg 18 months ago that gold is now held for three reasons – namely yield, yield and yield. Although that hasn’t always been the case, it does seem that the inability to earn any meaningful interest on a gold holding is a problem, particularly for the European central banks. The truth of the matter is that for the last couple of decades yield has only been present in bear markets.

It quickly disappears when prices move higher. Perhaps this means that with the current high prices and low yields, central banks will continue to unload this non-yielding asset at a similar rate to that seen recently.

So despite the great initiative from the central banks in 1999 that turned them into heroes, as we come towards the end of the second ECB Gold Agreement five-year period, it is possible that they will find themselves becoming the villains of the piece again – and the Europeans will be most embattled. Last year was the first in seven when the maximum sale quota was not taken up by the members of the ECB Gold Agreement, which suggests that we have now reached some sort of equilibrium. Gold is not about to become a high-yielding asset any time soon – and let’s not forget it is a little more complex to hold than a currency. In value terms, within a portfolio, if a central bank has sold 30 percent of its holding in the last few years, it has merely maintained the status quo. Therefore, in much the same way as the Swiss National Bank has justified its further sale of 250 tonnes between now and September 2009, I think it likely that good quantities will continue to be sold by the Europeans in the years ahead. While that could very well be offset in part by net purchases elsewhere, the pressure on the official sector will intensify again once the price turns the corner – in exactly the same way fingers pointed in the late 1990s.

In summary, it is simply not logical to view central banks as anything other than the heroes of the gold market. After all, if gold had not been adopted as a reserve asset all those years ago, it is difficult to imagine the market looking anything like it does today. But despite all the apparent good, this is a fickle market, and the official sector should prepare itself for rough seas ahead.

There has been some debate as to whether there should be a third extension of the ECB Gold Agreement when the current one expires. The safest option for the central banks would definitely be to keep the status quo. The fact remains that central banks have been able to offload an unprecedented 4,000 tonnes in the last ten years – that is an incredibly large amount, and what makes this a spectacular achievement is the fact that this huge tonnage has gone largely unnoticed. When the producers flip back on to the supply side of the equation – which they will – the central bankers will not be able to keep their heads below the parapet any longer and, consequently, will find themselves in the firing line again. 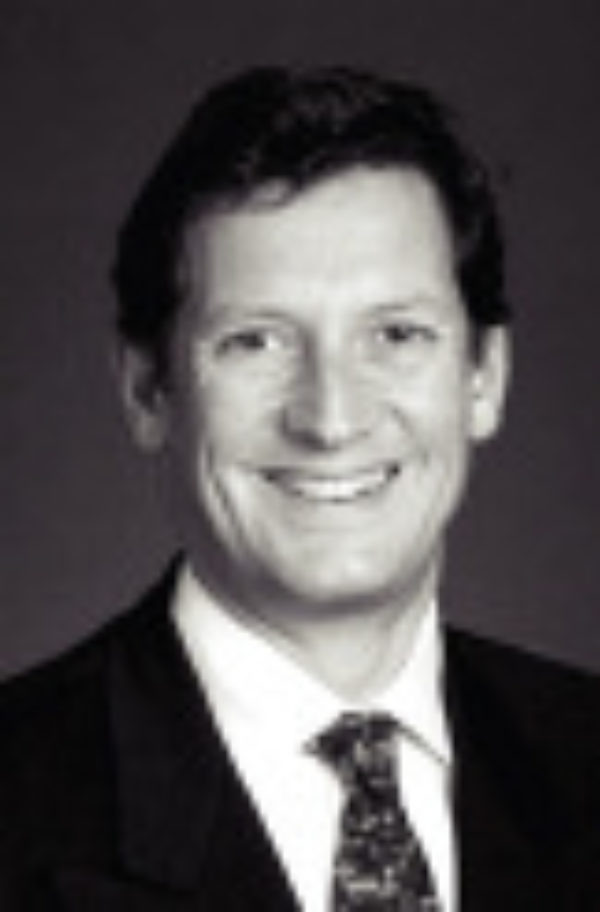 Matthew Keen has been with Deutsche Bank since 2005, tasked with developing the central bank franchise for all global commodity-related business. He joined Dresdner in 2001 to consolidate their global commodity business from London and left after that job was complete to join Koch Metals to develop a pgm inventory management business.

Matthew began his career in 1982 with Johnson Matthey Bankers. Following pgm roles at Engelhard Metals, in 1991 he moved to JPMorgan to establish their pgm desk. During his ten years there, his responsibilities broadened to include running all of the bank’s precious metal forward books.