The Alchemist approached me to write an article on Asia. So, what should it be about? India as the world's largest consuming nation? An analysis of the Chinese physical market and the bulls' great hope for the future? The Asian spot gold market as arguably the biggest in depth and volume? Or Australia's position as the third largest producer and home of some of the world's most innovative hedgers? 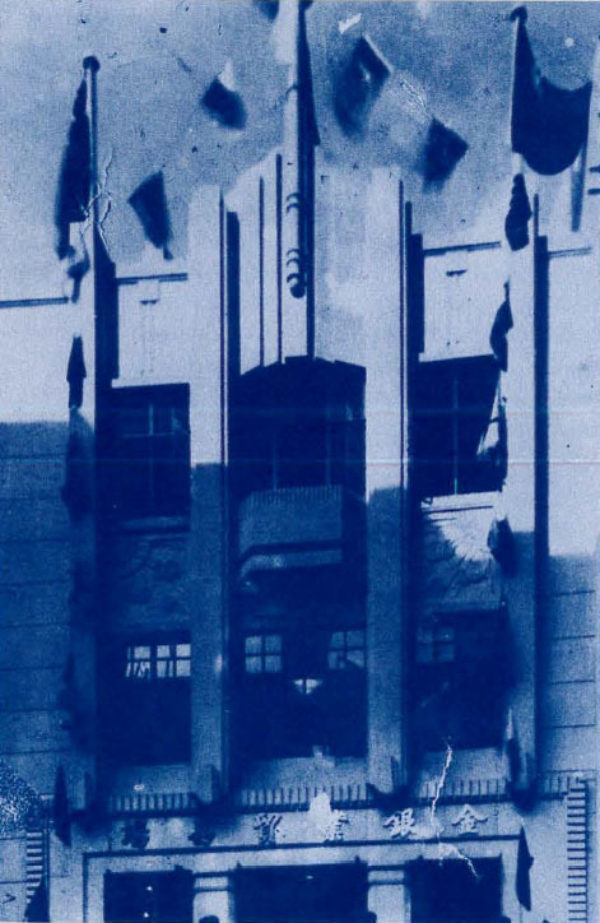 The next question was how qualified am I to handle these subjects? The World Gold Council and Gold Fields Mineral Services devote much of their time to compiling statistics on supply and demand - little new for me to add to their analyses. Market depth?

I could not believe that any of my competitors would be willing to send their turnover figures to Deutsche Bank, even for so worthy a cause. Similarly, the Australian mining community would be unlikely to lay bare their hedging strategies or, perhaps more pertinent, want them published. In the event, I decided that I would adopt a personal approach.

The Asia/Pacific market has trading centres in Hong Kong, Melbourne, Singapore, Sydney and Tokyo (alphabetically ordered). Despite rapid international phone dialling, Reuters dealing machines and computer links, location is still a rough guide as to the niche that each company looks to fill. A Singapore base means physical business, Australia has producers and Tokyo plays host to the Tokyo Commodity Exchange (Tocom) (see pages 6-8). Hong Kong is more round ed than most but does have the greatest concentration of market-makers.

I moved to Asia from London nearly five years ago. When I first arrived, the gold mark et opened and shut with bewildering frequency. Tokyo opened an hour ahead of Hong Kong, market-makers in Hong Kong would quote the Japanese trading houses during this period but refused to quote each other. Once the Hong Kong tael market had opened, the Japanese were only an hour away from going to lunch. When they returned two hours later, it was only 30 minutes before Hong Kong was off to enjoy dim sum for two hours and, by the time we had returned, both the Australians and the Japanese had closed. So, out of the entire trading day these three centres were only open at the same time for 90 minutes. No wonder that "Asian liquidity" was seen as something of an oxymoron.

Things have altered greatly in the intervening period. The Australians still pick up the baton after Comex closes, but are now joined by Hong Kong, Singapore and Tokyo at Sam Hong Kong time (0000 GMT). No longer are traders "waiting for the opening" or "at lunch", quotes are available from every centre, bar Tokyo, throughout the trading day. Although Tocom does close for a two-hour lunch, liquidity remains high with aggressive market-makers located in the other three centres.

Conventional wisdom may be that the narrow ranges seen in Asia are indicative of a market where little happens. However, I am not alone in my belief that Asia rivals Europe as the world 's largest spot market. We have some of the world's largest consuming nations, coupled with one of the world's biggest producers, and once Tocom is added into the equation, it is easy to see that large volume can easily be absorbed. The narrow ranges encourage day traders to hold sizeable positions, thus holding the market within tight bands. So much for a quick overview of Asia, past and present. However, what about Hong Kong and Asia's future?

I recently travelled in Europe and North America and in every meeting, I was asked, "What is going to happen to Hong Kong next year?" As most of you will be aware, at midnight on 30 June 1997, Hong Kong will become a Special Administrative Region of the People's Republic of China. The Basic Law, Hong Kong's mini constitution after the handover, guarantees no change for 50 years. However, the media, both domestically and internationally, have no consensus on how events will unfold. It is unsurprising then, that people are curious as to, first, where Deutsche Bank will site its Asian precious metals team in July next year, secondly, how many market -makers will move out of Hong Kong and, thirdly, where I think the new centre of trading will be.

Ignoring that some banks may switch location as they alter their target market, then the answers to these questions are relatively simple: first, Hong Kong, secondly none, and thirdly Hong Kong. Events next year are unlikely to alter any bank's decision on where to base their trading room. For example, and I doubt whether Deutsche Bank is alone in this, the bank's dealing room in Hong Kong has increased from 20 positions to 76 in the last nine months. Although not all on precious metals

As the GNP of Asian nations continues to grow, so will the potential for the physical market. However, there will be competition from a plethora of other investment opportunities and the World Gold Council will have to keep devising new and imaginative strategies to let gold keep its share in the incomes of these rapidly developing nations. Likewise, the Australian producers will be prospecting fresh resources and new technology will allow them to bring down the economically viable ore grade.

The future for the Asia/Pacific region remains bright for its economics and for the precious metal’s markets. If anyone has doubts about the efficiency and depth of the markets here then I can only encourage them to trade and see for themselves, whether it be in spot, forwards or options. 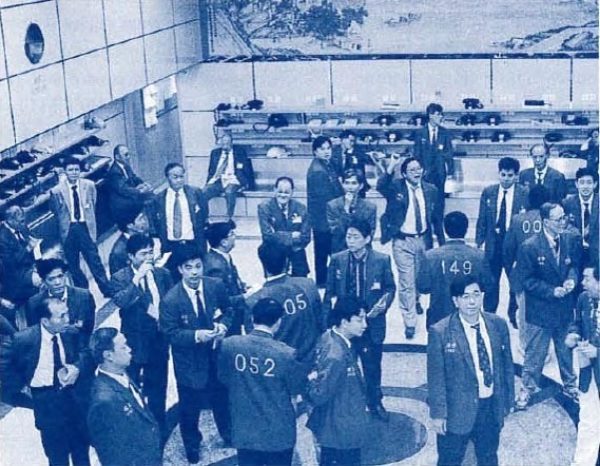 The Exchange is the oldest gold trading exchange in the world and is celebrating its 86th anniversary this year. It began life as an informal meeting place for money chambers and gold/silver traders in 1904. In 1910, it was decided to adopt the name "Gold and Silver Exchange Company" and in 1918 the name changed to the current one of "The Chinese Gold and Silver Exchange Society''. This is now something of a misnomer as silver is not transacted on the exchange any more.

There are a number of key factors that distinguish the Exchange from other futures markets. These are:

Trading Unit: most people are used to seeing prices in US dollars per 995 fine troy ounce and then making a premium discount adjustment for location. However, the Exchange quotes prices in HK dollars per 99 fine tael (pronounced tail and weighing 37.4 29 grams). Each contract is of 100 taels.

Trading Style: although prices are open outcry like Comex, members have to touch one another to signify that a deal has been struck.

Delivery: Comex is a futures exchange with set months; the Chinese Cold and Silver Exchange Society is for deferred delivery (closeout basis only).

Price Fixing: twice daily during the week at 11.30am and 4pm; on Saturdays at 10. 30am. This is a mechanism for the brokers to avoid the accumulation of large unsettled positions between themselves.

Interest Fixing: the carried over charge is fixed once a day, at 11am during the week and 10am on Saturdays. This allows the rolling over of positions - in mt1ch the same way that the "tom/next" market operates for loco London gold.

Membership: Hong Kong registered companies onIy. So much for the key differences but what does it mean? The Exchange's page on Reuters is HKCC, where the updated prices, carry over charge (interest fixing) and price fixings are displayed. To convert the price shown to one that is a little more recognisable, apply the following formula (the TT rate is the USD/HKD exchange rate): Tael price I. I 913 TT = US$ price per 995 troy ounce (loco l-long Kong) For example: 3580 I. I 9 I 317. 7380 = $388 .35 loco Hons Kong If the us dollar price loco Hong Kong is at a premium/discount to the US dollar loco London price, this suggests that there may be arbitrage possibilities - shipping the gold to Hong Kong If the local price is at a premium and shipping out of Hong Kong if it is at a discount. The relative premium/ discount is sometimes taken at a barometer for regional physical demand although that is not strictly the case as other factors also influence the price - such as the TT rate.

Turnover on the Exchange has waned over the years with the loco London market now dominant in Hong Kong. The Chinese Gold and Silver Exchange Society is addressing this issue and examining ways to increase turnover. Among the ideas under consideration are to lengthen trading hours so that they overlap with New York's Comex market and to establish a system whereby nominated floor members become market-makers and undertake to quote in 2,000 taels at a time. Reintroducing silver trading is also being discussed.