A Heart of Gold: Gold at the Heart of Bangko Sentral ng Pilipinas Reserve Management

I. Overview of Mining in the Philippines

The Philippines is a mineral-enriched country of around thirty million hectares of land area, scattered across an archipelago of over 7,100 islands. Its long history and experience in mining has demonstrated its strong potential for producing gold, silver, copper, nickel, chromite and other metallic minerals through the commercial operations of numerous mines.

At present, only about a half percent of the total land area is covered by mining permits. This means that around 30% or approximately 9 million hectares, which were found by the Mines and Geosciences Bureau to have high potential for mineral deposits, still remains untapped.

Gold deposits in the Philippines tend to be clustered in certain areas primarily in the northern and southern parts of the country. Similarly, data from the Mines and Geosciences Bureau show that the eight operating gold mines in the country are likewise located in the two major islands of Luzon and Mindanao.

The Philippine government is keen on the development of the mining sector and has put in place policies towards this end. One important milestone for the industry is the Republic Act No. 7942 or the Philippine Mining Act of 1995 which is the governing law that regulates the development of mineral resources in the country. One of the primary objectives of the Act is to revitalize the Philippine mining industry by providing fiscal reforms and incentives that will foster the creation of a viable and sustainable inventory of mineral reserves. The incentives include, among other things, income tax carry-forward of losses, income tax accelerated depreciation and investment guarantees. The Act also provides for the infusion of fresh capital through direct investments to finance mineral exploration and/or development activities.

Although dubbed as the ‘Philippine Mining Act of 1995’, it wasn’t until December 2004 that the Act was fully established. It took almost a decade for the Supreme Court to settle with finality the constitutionality of the Mining Act, more specifically on its provisions on the financial and technical assistance agreement (FTAA), which allows foreign equity investments of up to 100%. The 2004

Supreme Court ruling gave the mining sector a boost, with total investments from priority mining projects jumping by over 200% to US$461 million in 2005 from US$139 million the previous year. It may be worth noting that first tier priority mineral development projects in the feasibility/financing stage posted substantial growth of more than 1,300% during the same period, rising to US$60.8 million in 2005 from US$4.2 million in 2004. Total reported investments since 2004 up to the fourth quarter 2007 was posted at a cumulative amount of US$1.4 billion.

Mining in the Philippines has grown over the last five years, with the total value of Philippine metallic mining production increasing by 124%, as it was boosted by a combination of the steady increase in metals prices and growing production volumes. Gold production has increased by 8.2% since 2002, contributing an average of 2% to gross domestic product over the said period.

Given the growth of the gold mining industry, the Philippines is consistently in the top twenty gold producing countries. Last year, the country ranked 18th in GFMS’ list of Top 20 Gold Producing Countries, with gold production posted at 38.8 tonnes.

The export side exhibited similar growth, with the quantity of gold exports growing from 877,000 fine troy ounces (FTO) to 1.1 million FTO over the last five years. During this time, the Philippines exported a cumulative gold volume of 4 million FTO to 12 countries. The bulk of Philippine gold exports went to Hong Kong (80%), some went to Japan (10%), the United Kingdom (6%) and Belgium (2%) and the remainder was distributed among Australia, Canada, China, Italy, Korea, the Netherlands, Switzerland and the United Arab Emirates. 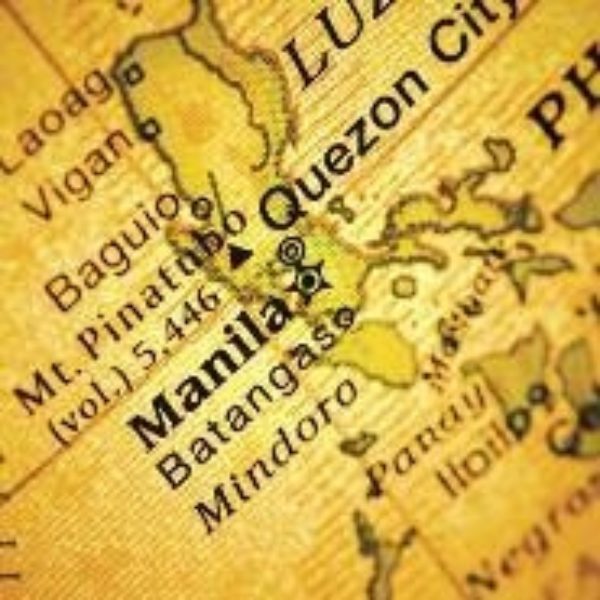 In 1974, the president of the Philippines directed the then Central Bank to take all necessary steps to establish a Gold Refinery that was suitable in design and capacity for the needs of the country. Gold operations began in 1977, as authorized under Letter of Instruction No. 171 and Presidential Decree No. 793. By October 1977, in compliance with the requirements set by the London Gold Market (the predecessor of the LBMA) for fineness, weight, marks and appearance, the Gold Refinery Plant, as it was then called, produced its first “good delivery bar”. The London Gold Market formally recognized the Gold Refinery as an accredited melter and assayer of good delivery bars in September 1979, after it met its standards. BSP gold bars were hence accepted in the international bullion market as good delivery. Political developments in the country from the 1980s to the 1990s led to the creation of the following new laws that superseded LOI 171 and PD 793.

RA 7076 states that “all gold produced by small-scale miners(1) in any mineral area shall be sold to the BSP, or its duly authorized representatives, which shall buy it at prices competitive with those prevailing in the world market regardless of volume or weight.” This was enacted to promote, develop, protect, and rationalize viable small-scale mining activities. Small-scale mining is a very important industry in the Philippines, accounting for around 80% of total gold production and contributing approximately Php32 billion to GDP in 2007. As such, the Philippine government fully supports the development of its small-scale mining industry.

Meanwhile, RA 7653, provides that “The Bangko Sentral may buy and sell gold in any form, subject to regulation as the Monetary Board may issue.” The law also stipulates that the international reserves may include gold, hence BSP’s gold buying operations help strengthen the country’s international reserve.

1. Small-scale miners are Filipinos who voluntarily form a cooperative duly licensed by the Department of Energy and Natural Resources to engage in the extraction or removal of minerals or ore-bearing materials from the ground. Small-scale mining involves activities that rely heavily on manual labor using simple implements and methods and do not use explosives or heavy mining equipment. BSP’s gold buying operations are crucial to small-scale miners as it generates more employment opportunities and provides an equitable sharing of the nation’s wealth and natural resource.

Gold producers, small-scale miners and other individuals may sell their gold at prevailing global market rates at various gold buying stations such as the Mint and Refinery Operations Department (MROD) in Quezon City and the BSP offices in the cities of Baguio, Naga, Davao and Zamboanga. Purchased gold in the form of bars or discs are then refined at the MROD and converted into London good delivery bars. Alternatively, some of the gold may also be manufactured into semi-finished material in the form of grains and sheets for re-sale to local jewellers and industrial users. The BSP may enter into a location swap transaction so that bars held in the bullion vault may be mobilized and made readily available for gold-related transactions in the international market.

BSP gold purchases from small-scale miners surged by 86% from 1999 to 2003, with annual growth during the period averaging at 17%. This upward trend is a result of the increase in the number of traders transacting with the BSP. This strong growth was followed by a period of consolidation from 2003 to 2007 as the optimum volume may have been reached or as traders held on to their gold stock in anticipation of more favorable prices. In 2007, gold purchases rose to around 1.03 million FTO, reflecting a 7% increase from 2006.

Gold reserve management is a challenging task. Although gold is a relatively low-yielding investment in terms of interest, it provides holders with other benefits such as security and diversification. With the Philippines being a major gold-producer, the BSP, as a central bank, seeks to help in the development of the gold mining industry and therefore regards bullion as an essential part of its GIR.

The BSP holds gold for several reasons. First is for security purposes as it is a real asset and it is no one’s liability. Further, it is an attractive asset to hold during times of uncertainty as it is considered a safe-haven. Another reason is for diversification as it has a low correlation with other assets that the BSP manages. Still another reason is that investors prefer to own gold when inflation and inflation expectations are high as this precious metal is considered a hedge against accelerating prices. Finally, the BSP maintains a portion of its reserves in the form of bullion since the Philippines is a significant producer of gold.

Active management of gold reserves is important to the BSP. A number of products are available to enable the Bank to achieve higher returns on gold assets while maintaining a highly conservative risk profile. The menu of gold reserves management products available to the Bangko Sentral ng Pilipinas include: 1) Spot trading, 2) Options,3) Deposits, 4) Gold-backed loans and 5) Gold financial swaps. Gold can also be used as a financing vehicle, permitting a central bank to reduce the cost of raising funds for the country.

In engaging in these various transactions, the safety of the asset and confidentiality of the transactions are of paramount importance. Hence, the Bank has a strict counterparty selection process, limiting dealings to top international banks. Counterparty credit ratings, financial strength, performance and other factors that determine corresponding exposure limits are therefore considered very carefully. 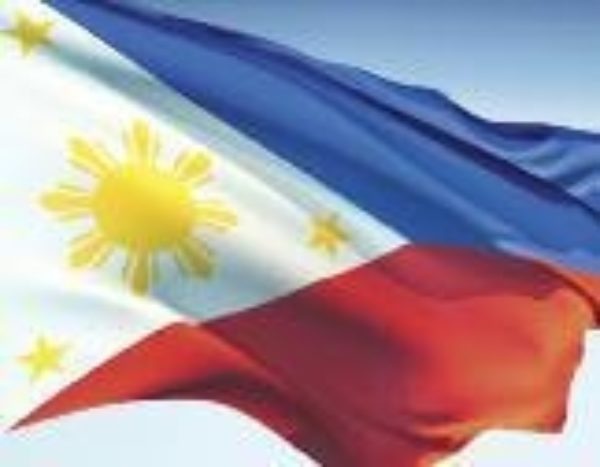 It is worth noting that the outlook for the Philippine gold mining industry remains positive. Total gold production is expected to double due to new projects and new investments. New projects that are now under exploration as well as expected new investments due to positive developments in the mining industry are estimated to bring the total gold production to an average of 66 tonnes annually, up from around 37 tonnes in the last four years.

This rosy outlook for gold mining allows us to presume that small-scale mining will continue to play an important role in the Philippine mining sector as a whole, despite the possible entry of big, foreign mining companies on account of more favorable mining investment conditions that have been put in place. Consequently, BSP gold buying operations is expected to continue as gold bought from small-scale miners remains important. With a contribution of around 2% annually, the absence of the Bank’s gold-buying activities might cause a dampening of the growth of international reserves and deprive small-scale miners access to competitive prices.

The BSP Gold Refinery will continue to pursue improvement and modernization to conform with internationally-accepted standards. Recent developments have included plans to upgrade equipment in order to improve operations.

As global markets today face a challenging new landscape that is wrought with a tremendous amount of volatility, managing a country’s gold reserves has become more challenging than ever. Indeed the task requires careful planning, with timing deemed as a serious consideration. Suffice it to say that gold will remain an integral element of the Bank’s reserves as it provides security and diversification amidst all the uncertainty. The BSP will continue to manage gold reserves as part of its overall portfolio and will maintain its long standing presence in the international bullion market.