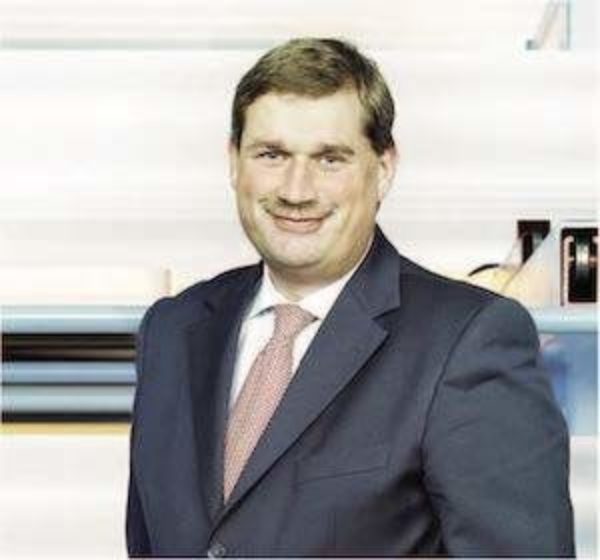 Q: Can you give me an early history of your company?

A: The father of today’s global company was Wilhelm Carl Heraeus, a pharmacist and chemist who took over his father’s pharmacy in Hanau, Germany, in 1851. At the time, platinum was in high demand for jewellery making. But platinum posed a major challenge for goldsmiths: it had to be forged in a white-hot state, because it is extremely hard and has a melting point of 1,769 degrees Celsius. Wilhelm Carl Heraeus, who worked with local goldsmiths, was familiar with the problem – and he found a solution.

After extensive attempts, he succeeded in melting two kilograms of platinum in an oxyhydrogen gas flame. The first German platinum melting house was born, and success was not far off. The young entrepreneur’s customers soon included goldsmith shops and jewellery factories around the world, as well as dental factories, chemical laboratories and companies in numerous other industrial sectors. Wilhelm Carl Heraeus continued to experiment with platinum and found one new application after another for the precious metal.

By the end of the 19th century, Dr.Wilhelm Heraeus and Heinrich Heraeus had inherited their father’s business, and W.C. Heraeus relocated to new facilities just outside the city gates of Hanau together with 40 employees. At that time, around 1,000 kilograms of platinum were melted and processed each year.

In the post-war period, Heraeus benefited from the international contacts that had been forged by the company’s founder before the turn of the century. Dr.Wilhelm Heinrich and Dr. Reinhard Heraeus built on that foundation. Beginning in 1958, the first foreign sales companies were established in France and Italy. Foreign subsidiaries and associated companies followed in the USA, Great Britain and Japan, along with production facilities in Korea and the Philippines. In 1979, foreign sales surpassed domestic sales for the first time.

In 1983, Dr. Jürgen Heraeus took the helm, the fourth generation to lead the family- owned company. Under his guidance, the enterprise became a fully-fledged global corporation. Dr. Jürgen Heraeus extended the Group’s activities into Asia.

Today, our company has more than 12,800 employees worldwide and together they generate product revenue of nearly €3.0 billion and around €13.0 billion in precious metal trading revenue annually.

Q: Explain what you like about the precious metals industry in Germany, specifically.

A: Precious metals have a long and fascinating history in Germany. It is not for example really commonly known that our country for centuries used to be an important silver mining area. One can still visit historic silver mines, for example, in the picturesque town of Freiberg near Dresden. The Technical University there is probably the only mining university in the world that continues to run its own silver and base metal mine, and is able to train its students right on the job.

Once the mines in Germany were depleted, the focus shifted to gold and silver jewellery fabrication. And when new and cheaper competition in other parts of the world appeared in the last 25 years, the German precious metals industry had once again to adapt to a new environment. One result of those developments is that when talking about the German precious metals industry today, we are now talking about a wide variety of industrial uses, many of those in high-tech and environmental applications.

Since Germany is a country with very little natural precious metal resources, refining plays an important role in securing a stable supply. From the very beginning, German companies have been pioneers in reclaiming these metals from all kinds of scrap to make the country less dependent on imports of fresh metal.

Q: With your company under private ownership, how does that affect you and your previous experience?

A: I experience private ownership as a significant advantage when it comes to executing long-term strategies even in a severe crisis. This does not mean that we do not apply standard industry practices in order to restructure part of the company, if necessary. But several examples come to mind, in which staying the course was the right way to overcome some disruptions in the market. The financials of the past years confirm that we are on the right track with this approach and the feedback of our shareholders is positive as well.

Q: Can you tell me the differences in how your company deals with Au and Ag compared to PGMs?

A: Traditionally, Heraeus has a background in platinum group metals. In this area, we concentrate on industrial uses and on refining.

In gold, our activities are split between industrial activities, such as bonding wire used in the electronics industry and serving the investment community by producing tens of tons of investment gold bars each year. 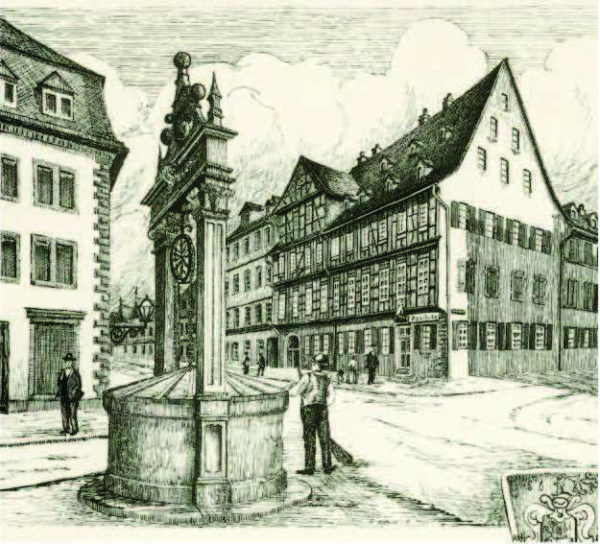 The Unicorn Pharmacy in Hanau

Q: A lot of companies tend to diversify. Why has your company always stuck to its original roots?

A: The fact that our company is still in the precious metals business 155 years after Wilhelm Carl Heraeus started being active in the precious metals area does not mean that we have not gone through a large number of transformational processes over the years. Actually, in that century and a half, we have been reinventing ourselves constantly: we have added many new businesses on the precious metals side and also related to other types of materials. I would say that, on average, we take over about three to five companies or divisions from other firms per year and integrate them into our own business, each time adding technical know-how and cultural diversity. At the same time, we have also divested from a number of activities over the years after coming to the conclusion that these no longer fit in our product portfolio.

Another trend that certainly wasn’t foreseen by our founder back in the 1850s was today’s internationalisation of the company.

In 2010, a minority of our workforce – just 37% – is actually based in Germany. Heraeus has had a presence in the US for nearly 100 years, and we have been active in Hong Kong and in mainland China for many decades as well.

Q: What attracted you to the bullion industry?

A: My professional background is linked to the semiconductor and electronics industry. Heraeus serves many customers from that industry, so I felt very comfortable in this environment from the beginning. I also felt personally attracted by the broad technology portfolio and the power to innovate. That’s certainly not limited to precious metals, but also extends to synthetic quartz glass for the telecommunications industry and advanced materials for medical and dental applications. The roots of Heraeus go back to precious metals, but our product tree has grown in many directions, resulting in a diversified, financially stable and solid company.

Q: How has the industry changed in Europe over the past ten years?

A: Certainly the importance of the jewellery industry in Europe has declined in the last decade. Another area that has shrunk precipitously is the usage of silver in the photo industry. On the other hand, new applications have emerged in the last ten years, especially for silver, and this trend will continue.

We also experienced a massive migration of the semiconductor and electronics industry to Asia, so we had to follow our customers, eg by shifting gold bonding wire activities to Korea and China.

Q: What issues are currently affecting the precious metals market in Germany?

A: Facing the severe decline in the jewellery industry in the last 20 years, German refiners and fabricators were forced to look for alternative products in which they could make use of their core competencies. In many cases, this has worked out successfully and often it has been accompanied by an expansion of activities outside Germany, both by attracting more foreign business for the German sites and also by increasing the number of plants in other countries.

Apart from the industrial side of the business, Germany has in the last two years been the largest market for physical investment gold, with more than 130 tons of gold bars and coins sold to private investors in 2009 alone. In addition, several hundred tons of silver were sold as well, despite the fact that investors have to pay up to 19% VAT when buying the white metals in physical form. At one point after the start of the financial crisis in 2008, demand was literally overwhelming. Our people in the refinery had to work three shifts and seven days a week to cope with demand. Germans are extremely attracted to physical gold as an investment and any news about possible disruptions in the financial system, inflationary tendencies or states being on the brink of bankruptcy immediately causes higher sales of physical precious metals.

Q: What sort of trends can we look out for in the coming year in Germany?

A: I foresee two big areas where Germany could serve as an example. First, the trend to invest a portion of personal wealth in physical precious metal. If people in other countries decide to follow the German example, it would mean really exciting times for the producers of investment bars and coins.

Secondly, German companies could be at the forefront of developing new industrial applications, especially for silver and the platinum group metals, with the latter including the minor PGMs rhodium, ruthenium and iridium.

Q: How do environmental issues affect the metals industry as a whole?

A: I think we have to look at two very different aspects here:

One is the way precious metals and products containing them are treated when it comes to regulatory issues such as REACH, the framework for regulation of chemicals in the European Union. It is the strictest law to date regulating chemical substances, and has and will continue to impact industries throughout the world. In my view, the precious metals industry in Europe has found a way to cope with the regulatory requirements set by REACH.

The second aspect is the ever-growing usage of precious metals, especially of silver and the platinum group metals in an incredibly large number of environmental technologies. Be it silver in the photovoltaic sector and in wood preservatives, iridium in OLED technology (replacing conventional lighting) or all types of catalytic applications for the platinum group metals, there seems to be no end to this trend.

Q: With the LBMA conference coming to Berlin in September, what do you predict will be big topics of discussion?

A: The question of the growing public debt and its effect on the financial state of whole countries could well make it into the headlines. If the situation worsens and other countries follow Greece to the edge of the abyss, we could well see another round of physical gold investments, leading to another all-time high in the price.

If, in contrast, governments and central banks succeed in stabilising the world economy, I could imagine that the industrial consumption of precious metals will get another massive kick.

Under such circumstances, it is not totally unimaginable that by September, we will see a silver price that exceeds the 2008 high, and prices of platinum and palladium creep back to their 2008 highs – supported by long-term investment demand through ETFs and thus, this time, much more fundamentally backed than two years ago.