It was a balmy August morning in 1980 when I turned the corner into New Broad Street and stared at the stone façade of Friars House, the home of Woellwarth & Co, a brokerage house, which was part of the Mercantile House Group.

I had started my career in the financial markets and first held what could be considered a Dickensian position – trainee scribe. Yes, I had arrived in the City! Now, this meant that I was the chap who watched the guy who wrote the deal tickets for the broker who did the deals. However, my biggest challenge during the first few weeks was not only to remember the lunch orders, but also to stay awake. I sat facing a dealing board covered in almost 200 rectangular plastic plugs inscribed with the names of banks. Now to further the hypnotic effect of staring at these all day, the plugs went from grey to blinking white to red, rather like a Christmas tree, as the banks and brokers talked to each other all day, transacting short date sterling swaps. The noise only came from the brokers themselves as they called out their orders and executed their customers’ trades.

The role of the broker is a remarkably simple one – all you have to do is find a buyer and a seller of the same product, at the same price, in the same amount, at exactly the same time. The broker is not a principal in the trade and works purely on behalf of his customers’ interests. So why should these brokers be so highly regarded – surely it wasn’t a difficult job? Of course, you then have to consider other factors – the broker is typically working for a number of clients at once with varying interests, he also has to be aware of what all the other brokers are doing on the desk and in what order their interests are to be executed (if at the same price), and then of course, there may be breaking news. As activity increases, so too does the noise, adrenaline levels rise and fall, as do egos, and the ability to master the turmoil becomes of paramount importance. A good broker is possibly a bank dealer’s most potent tool if they can communicate well together.

After three months, I was given a chance to be a ‘link man’, which meant I spoke to other brokers in other centres to see if we could effectively put our orders together. I spoke to Dublin, Brussels and Paris – but I was still one step removed from talking to my own set of banks. Eventually, I was let loose on an exotics desk, where I had free reign over spot, short and forwards in a slew of Far Eastern currencies. Of course, I had loftier ambitions, so a year later, I threw my toys out of the pram and demanded to work on a bigger desk or overseas.

In those days, people listened and reacted quickly, it was the nature of the markets we were being blooded on, and so it was a week later that I started on the spot USD/DEM (Deutschmark) at Marshalls London – the number one spot desk in London, and indeed the world.

Spot FX (or spot anything for that matter) was renowned for two things – speed and simplicity. It wasn’t rocket science, but you had to have great mental agility to make sense out of apparent mayhem. Due to the speed and frequency of trading, each bank required a ‘squawk box’ so that it could be heard, and this also meant a good broker could comfortably sit with 12 or 16 boxes and conduct business. The volume of noise however was immense, as this was open outcry in every sense.

This to me was technically superior to any other trading environment I had seen – voice boxes everywhere, tap on/tap off mute features, hand signals, acronyms, banter and abuse, all writhing around me and threatening to pull me under! Everyday, I was totally exhausted, and when offered the chance six months later to go and work overseas, I had no hesitation in accepting – but that’s another story.

I remember around this time that the English daily tabloids could not get enough of the trading markets, young guns with their fast cars, high energy, high jinks, beautiful girls and bad habits. However, I believe it was one of the broadsheets that wrote a very serious article addressing the uptake of technology in the financial markets, and finally asked the question of a chief dealer at a large and reputable American bank in London: “Would technology one day replace his brokers?” His answer was loaded with the champagne-bubble bravado of the eighties: “Never – because the machine can’t buy me a beer!” But this article has stayed in my mind ever since, and all these years later, it could be argued that the chief dealer was both right and wrong.

In 1982, I saw my first Reuters screen – black background and green characters. A Swiss colleague had joined us in London on the proviso that he was given his own Reuters screen. I was mesmerised by the way he could type in a four character code and tell me the weather in Grenoble, or the football scores from Spain last night or what the gold prices were across a group of contributors – it was love at first sight!

The developments from the ‘squawk boxes’ and ‘bat phones’ (an open link to several broking offices around the world) soon accelerated as I recall seeing the first microphones giving multi-quotation to 16 customers at once, and this was accompanied (on busier desks) by light systems to indicate bids and offers at the top of the book. The idea behind all this was of course to increase efficiency, speed up the execution, move on to the next trade and ultimately do as much business as ‘humanly’ possible. But therein lay the fate of some heavily commoditised products, be it XAU/USD or EUR/USD, as by 1990, we had maxed out how much was ‘humanly’ possible to transact. The only way it could have got bigger was for the trade sizes to have got bigger, which would have meant banks taking on much larger positions and greater risk. But surely this bubble would never burst?

In the early nineties, Reuters developed a ‘matching’ system that would automatically match buyers and sellers, according to pre- screened credit and price, who remained anonymous until a ‘match’ took place, whereupon both parties’ names were disclosed to each other. It was wonderfully efficient, it was quiet, it didn’t miss prices (the trader did!), it offered immediate name give-up and never changed the details on a trade – and as if that wasn’t enough, brokerage rates were savagely cut too.

A turning point for me was in 1997, as a broker on a desk in New York. I casually asked a trader in Toronto if she could show me a price, and immediately she said she would “check the toy”. That was the day that I knew a few digits on a computer screen offered more reliability and comfort to the trader than I did.

So how could Reuters Matching possibly be equalled or indeed improved upon – it just didn’t seem likely and, for a while, it did enjoy a monopoly in this unique space. As we have seen over many decades, one’s customers often become one’s competitors, and so it was that, in 1993, a group of a dozen of the world’s largest banks formed EBS. The mandate was simple: to create a tool as good as or better than Reuters Matching and reduce the costs to the banks – workstation charges and brokerage – even further.

Within a few years, EBS had in the eyes of its board member banks done precisely this, and it was in 2000 that EBS became the first electronic platform to offer quotations in XAU/USD and XAG/USD too. This was a massive step in a new direction for a platform that had made its name in spot FX. Again, brokerage levels were slashed and, literally overnight, the voice brokers found that these two precious metal spot markets had found a new venue for execution. This story was duplicated a few years later when EBS (now owned by ICAP) launched spot platinum and palladium too. 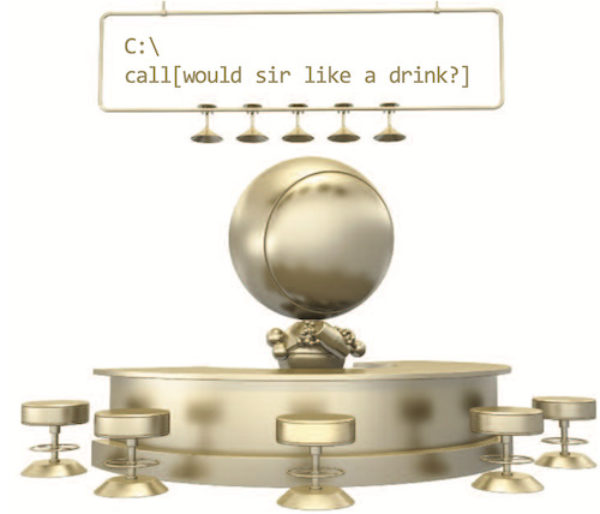 Electronic broking has been embraced with varying degrees of success by many others. CME could tell a similar story of the transition from the pit to on-screen trading. I remember being quizzed by a colleague as to why CME electronic volumes in precious metals had suddenly and dramatically risen by 90% (a lead story from a respected media source). Scrolling through the article and down to the reported figures, I also saw that the pit volumes were down by about 90% too (it was the time of transition).

e-Broking (as we refer to it now) is still a tremendously vibrant business as one innovation relentlessly follows another. The buzzwords these days are ‘latency’, ‘efficiency’ and ‘liquidity’, and we use acronyms like API, HFT and MQL. The language may have changed, but the sentiment hasn’t – make it simpler, make it quicker, make it cheaper and make it more liquid.

I used to brag to my friends back in my hometown pub about how many millions I had transacted between my customers, and how I did all these trades in a matter of a few seconds and could keep track of the chaos. Now I am an ‘old hand’ saying very little and maybe sometimes pining for the old days. The seconds have become milliseconds (I remember an IT chap correcting my Freudian slip one day when he said: “You mean 300 milliseconds not 30 – it’s not possible for a round trip deal time!” But he’s wrong now): volumes are now counted in billions, not millions; and STP systems and arbitrators keep track of trades and actions (keystrokes) beyond any manual capability.

This month marks my 30th anniversary in the financial markets, with similar periods of time spent both voice and electronic broking. I am taunted by some of my old broker friends that I have defected to the “dark side”, but to be honest, these are all shades of grey. There is no dark side, both types of broking offer unique services and they finesse the work they are given. I like to think that being a good broker (electronic or voice) is akin to being a good referee – if you don’t notice him, he’s doing a good job of running the game.

So finally, was the American banker in the early eighties right or wrong when he said that the voice broker cannot be replaced “because the machine can’t buy me a beer”? I hope we can discuss it over a pint at the LBMA conference in Berlin – and that will be another story! 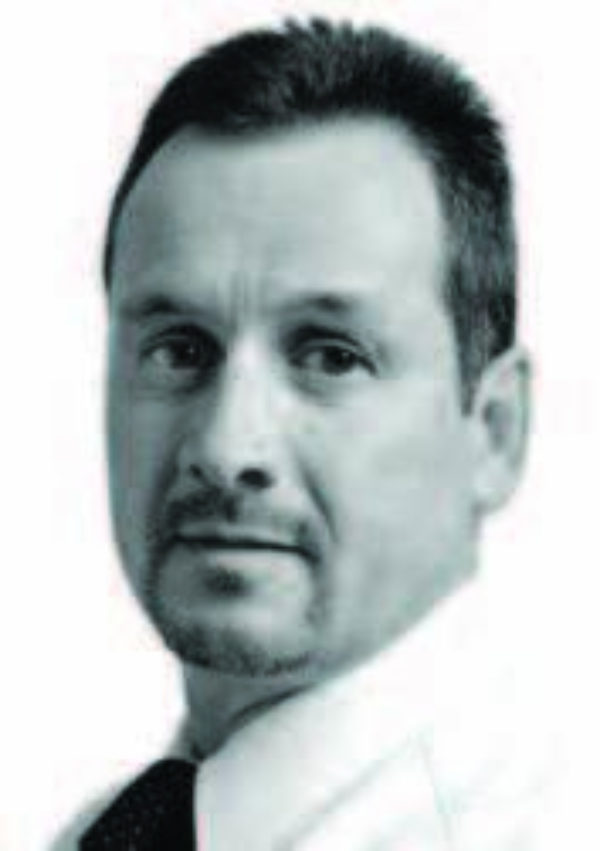 Darryl Hooker joined ICAP (then EBS Dealing Resources) in 2000.Previously, having worked for an underwriter at Lloyds of London, Darryl moved onto Foreign Exchange broking with MW Marshall Inc, where he worked in 8 countries on 5 continents. Darryl was promoted to Managing Director of the New Zealand office and was the youngest appointed Managing Director globally.

Having worked for MW Marshall for 17 years, Darryl moved onto Reuters America, in the position of Senior Business Development Executive, where he oversaw all Spot trading in the United States.