Gauging the Long-Term Cost of Gold Mine Production

What is the ‘true’, fully loaded cost of global gold mine production, and what factors decide it?

In this article, we aim to quantify the long-term equilibrium price required to sustain the industry. We also examine the impact of changes in the main production cost drivers: orebody quality, input costs, currency value and metal prices.

Believe it or not, gold mining is not a simple activity. Despite the archetypal image of a basic industry, with grizzled miners toiling away shifting dirt, gold mines are in fact highly complex, dynamic systems. Multiple controllable and non-controllable factors, some of which interact in unpredictable ways, affect output levels and profitability. To add to the complexity, global gold mines are heterogeneous, varying widely in geology, scale, technologies and cost structure. As a result, considerable care must be taken when analysing, summarising and prognosticating about the industry. Bearing that in mind, this article draws upon the analysis in GFMS’s Gold Mine Economics service to reach some conclusions about the long-term economics of the sector.

The Gold Mine Economics service comprises detailed mine-by-mine analysis of reserves/resources, production, operating costs, capital costs and cash flows for more than 300 gold mines and projects, with historical data and forecasts to 2030. By benchmarking detailed technical, operating and financial parameters, we aim to provide the best possible insight into the drivers of the industry’s cost structure. Based on a stringent methodology for analysing mine operating costs, analysis is derived from a ‘bottom-up’ understanding of resource quality, orebody geometry, mining and processing methods, labour costs, productivity, energy usage and consumable input costs. 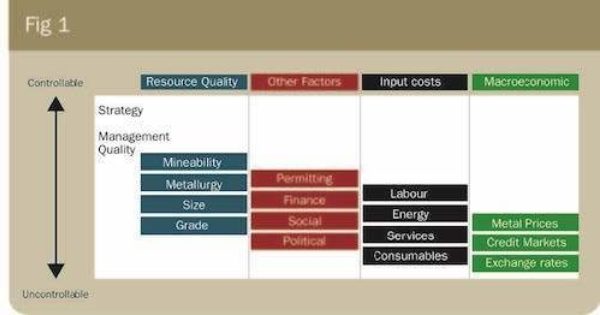 Figure 1: Drivers of Gold Mine Economics

The Drivers of Gold Mine Profitability

Figure 1 shows the main factors that interact to dictate the profitability of a gold mining operation. At first glance, the diagram would seem to imply that few of the drivers can be significantly influenced by mine management, but this is not really the full story, as the relative importance of the factors shown varies enormously.

Strategy is the overriding factor, dictating the scale of operation, mining and processing techniques used, and mine lifespan. This is in turn dependent on resource quality, which is to some extent uncontrollable, but a key point in this regard is that resource size and grade can be influenced by strategy. How much is management willing and able to invest in exploration ahead of production? What cut-off grades do they select?

Cut-off grade selection is arguably the main factor deciding the economics of a mine, as it dictates the tonnage and grade of ore to be mined, and in turn the scale, lifespan and profitability of the operation. Cut-off grade is defined as the lowest grade of ore that it is economically feasible to extract, and it in turn depends on forward-looking metal prices, operating parameters and cost assumptions made by mine management.

Cut-off grade provides the mechanism by which miners respond to changing metal prices. If prices rise, they can extend mine life by reducing cut-off grade, exploiting previously uneconomic mineralisation. This has the effect of extending mine life, while lowering gold output and causing costs to rise. Some mines are inherently more flexible than others, with larger, higher-grade, ‘massive’, near-surface orebodies having significant advantages in this regard. 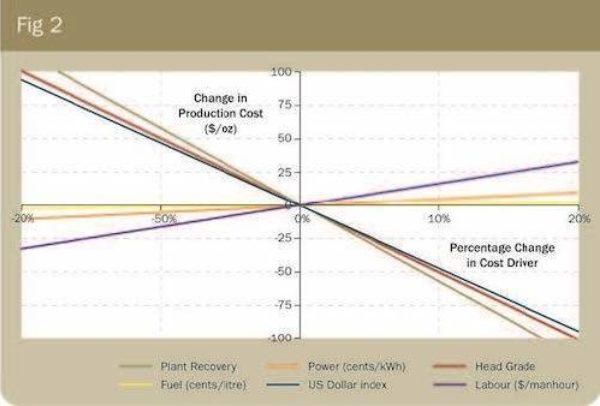 As gold prices have risen roughly five-fold since 1999, average gold mine ore grades have fallen by nearly 30%, in large part due to this cut-off grade response. This also partly explains why gold mine production has not increased significantly, as producers have focused instead on extending their mine lives. This has been exacerbated by a ‘discovery drought’, with very few world-class gold orebodies being discovered in recent years, despite record exploration expenditure. Over the same period, all-in production costs have more than doubled, partly due to severe input cost inflation, but also due to lower cut-off grades.

With regard to input costs, labour is by far the most sensitive cost component, by virtue of its large proportion of a typical operating cost base.

GFMS contends that the gold mining industry’s historic preference for reporting and comparing cash cost parameters, rather than adopting a profitability measure that is more reflective of the true, ‘fully loaded’ costs of production, has ultimately proved misleading and counterproductive.

The fixation on cash costs has fostered a general perception that global gold mine margins are higher than is actually the case.

Although cash cost measures such as total cash cost are a useful gauge ofcompetitiveness at the mine- by-mine level, they do not account for a substantial portion of the cost required to develop and sustain gold mining operations, so are arguably less useful as a measure of ‘real’ industry margins, or the long-term gold price required to incentivise gold mine production growth.

The historic relationship between all-in costs and gold price paints a clear picture. During the 1997 to 2001 bear market, average all-in cost margins were strongly negative, with costs tracking the gold price downwards in an effort to regain profitability, or at least remain in production. As the gold price recovered from 2002 onwards, positive all-in cost margins were quickly re-established and maintained. However, until 2009, miners were unable to deliver sustained production growth, given that they were reducing cut-off grades to take advantage of higher prices, extending mine life at the expense of higher costs.

The fixation on cash costs has fostered a general perception that global gold mine margins are higher than is actually the case. 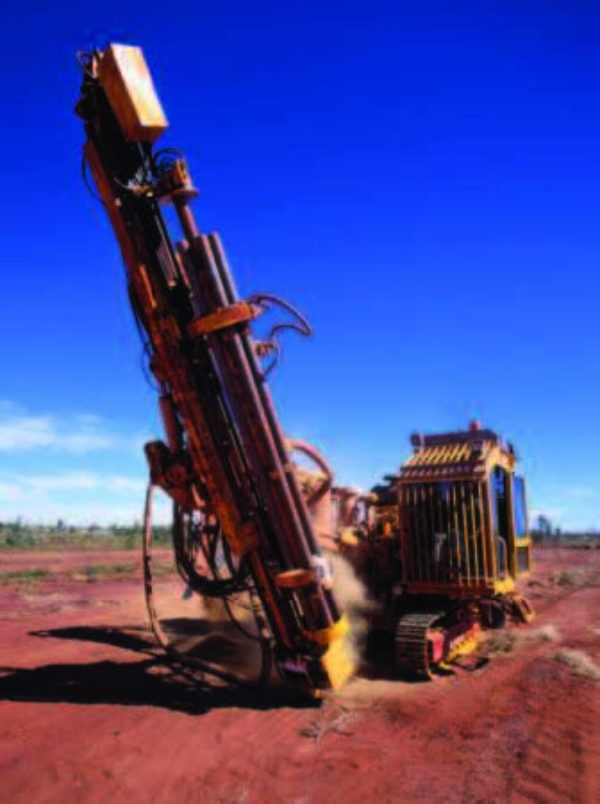 Implications for Long-Term Prices: The Future

Although all-in cost is undoubtedly a superior measure of ‘full’ industry production costs, we admit that it does not account for certain cost components that also have a bearing on the true long-term break-even cost of gold mine production.

Likewise, all-in costs exclude greenfield (i.e. early-stage project) exploration expenditure, which is estimated to equate to $35-$60/oz of annual production. Taking these additional costs into account, GFMS Mine Economics contends that the ‘true’ long-term cost of gold mine production stood somewhere between $925 and $950/oz in 2009, a sobering thought when one remembers that this figure does not allow for any return to shareholders.

Long-term equilibrium production costs will remain highly sensitive to the key cost drivers, some of which are partially within managements’ area of influence or control, but most of which are uncontrollable. Many of these cost drivers will doubtless continue to creep upwards in future. The largest single cost component, labour costs, continue to rise; for instance, in local currency terms, South African labour costs have increased by 10% per annum on average since 1999, with the two-year agreement signed by the main producers in 2009 committing to ongoing 7.5-10.5% wage increases. There is undoubtedly a tendency, now established, toward increasing unit labour costs in developing countries, as globalised mining companies export better operating practices, along with higher productivity levels and better pay.

Similarly, other input costs will continue to rise in real terms, as energy and consumable costs are pushed upward by increased competition for resources, and greater regulatory and tax burdens, such as carbon taxes.

This said, as highly complex dynamic systems, well-managed gold mines will continue to adapt, utilising whatever flexibility is provided by their orebodies. Despite record exploration expenditure, the extent to which this will be bolstered by the discovery of new world-class deposits over the coming years remains to be seen. 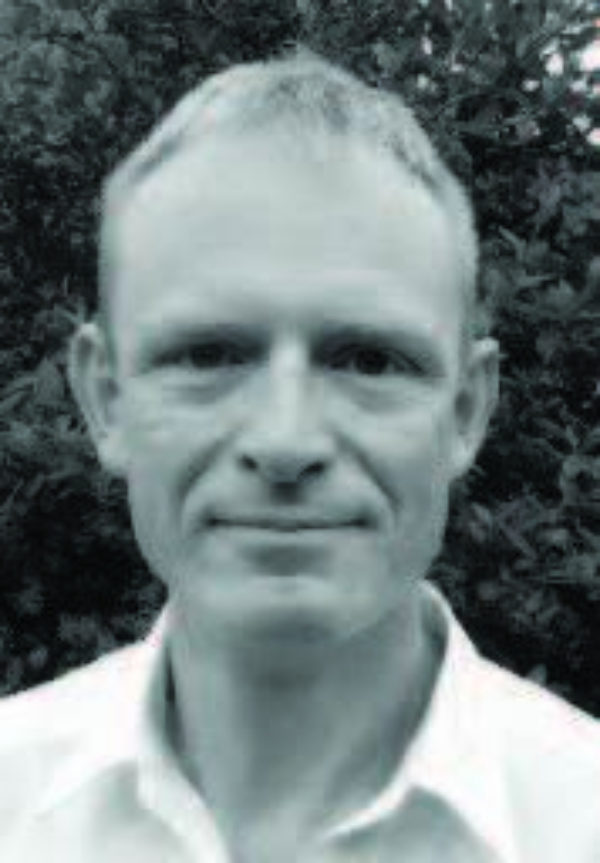 Mark Fellows is Managing Director of GFMS Mine Economics. Mark began his 23- year career in the mining industry as an exploration geologist with Anglo American/De Beers. He went on to work for several junior explorers, prospecting for diamonds, gold, base metals and industrial minerals in Africa. In 1992, he joined Brook Hunt, a globally renowned mineral economics consultancy, serving as a director, responsible for BH’s Gold Mine Costs study and numerous bespoke consulting assignments from 1999 to 2005.

GFMS Mine Economics was launched in early 2009, with aim of delivering high-quality, detailed insight into the economics of mine production, exploration and development, across a broad range of metals and minerals. mark.fellows@gfms.co.uk