The Real Price of Gold

The extraordinary flows into gold, from investors seeking safe haven or just prudent diversification coverage, have contributed to a sustained increase in its price to new nominal highs. Inevitably, this has given rise to a significant body of discussion on whether gold is a bubble or not. It can be useful to step back from the day to day and to think a little about what exactly a bubble is and is not. From the economic perspective, a bubble is an unsustainable level (which can of course be either positive or negative) of an asset relative to its ‘true value’. Gold can be viewed as one of two basic asset classes. It may be thought of as a currency or a commodity. Which is the truer representation is important if we view some of the current discussion about whether gold is currently in a bubble phase. 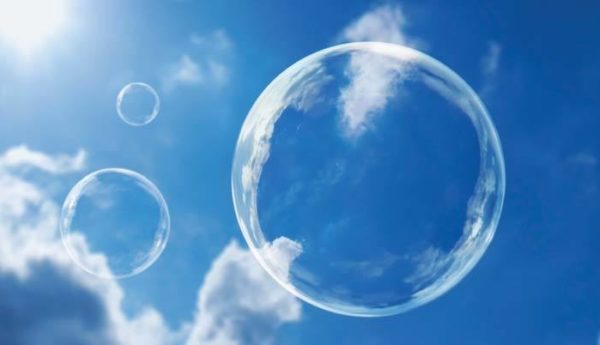 In addition, we must think about ‘rational’ and ‘irrational’ bubbles. Rational bubbles are situations where investors know the size of the bubble, and have only differing expectations about its duration, but share a common model of the fundamental and bubble component of prices. Again, however, we require a model of the fundamental value, as well as some heroic and unrealistic assumptions about investors’ expectations. For some recent studies on rational bubbles, the reader is referred to Fukuta, 2002 or Cuoado, Gil-Alana, & de Gracia, 2005.

Many articles argue that gold is in a bubble phase by looking at its real (i.e. inflation-adjusted) value and that it is currently far above its long-run average in relation to all major currencies, e.g. The Economist blog 27 July, 2011 – Turning gold into dross. These turn gold’s nominal dollar price into a real price using the US inflation rate. In this view, gold is a commodity that happens to be denominated in US dollars and thus whose price can be deflated in the same way as any other commodity. If gold is purely a commodity then its real value in any currency over time can be found using its US dollar price, the exchange rate between the dollar and the domestic currency along with US inflation. But that means that we cannot easily, if at all, determine the existence of a bubble in gold prices, as the bubble component can be either the exchange rate or the dollar value, or indeed the price itself. Research on commodity bubbles, such as the papers by Sornette, Woodard, & Zhou, 2009 on oil or Jirasakuldech, Campbell, & Knight, 2006 on real estate, use duration dependence models (such as that introduced by Chan, McQueen, & Thorley (1998)), which while empirically easy to implement, work on the basis that every asset must show fluctuations in price and thus runs of upward-only price movements cannot continue indefinitely.

However, if we view gold as a currency, then it should have its own inflation rate. Why should it have the same inflation rate as any other currency? Inflation is the rate at which the purchasing power of a consumer erodes over time. Merely picking the dollar’s inflation rate as it is the currency that gold is generally traded through is arbitrary and a historic relic. But since gold is not in general use day to day as a method of exchange, there is no easy way to calculate an inflation rate of gold. Gold is used as a method of exchange in certain states in America (e.g. Utah), but in a way that seems to preclude measuring its inflation-adjusted value. In these states, purchases made using gold are in practice made at the goods’ dollar value, not gold weight, and are paid for in gold at its market price relative to the dollar. So a purchase price of $1 for an item is worth about 1/1,700th of an ounce of gold at today’s values. If the market value of gold increases by $100 dollars an ounce, only 1/1,800th of an ounce is needed to buy the item. This however does not indicate that gold has suffered a deflation, or the dollar an inflation. It simply means that the exchange rate of the dollar and gold has changed. It could just as easily be due to a change in relative yields, or some other fundamental determinant of gold and/or the dollar’s value.

If Purchasing Power Parity held in relation to the dollar/gold exchange rate then, in the medium term, the amount of gold in ounces relative to dollars would be stable when their relative rates of inflation were taken into account. But is it possible to measure the gold inflation rate? To do this, we would need to observe an area where goods prices were denominated in ounces of gold directly, not through another currency that will have its own rate of inflation. No such market exists to our knowledge.

The fact that the inflation rate of gold is not directly observed does not prove that gold is or is not in a bubble phase. But the real dollar/gold exchange rate can only be shown if we can observe changes in the relative purchasing power of gold and the dollar, using their respective rates of inflation, as well as the dollar/gold exchange rate. Part of the puzzle is missing. That is not to say that gold will always increase in price. It is to say that it may well be an inherently heroic task of measurement to determine same.

Fergal O’Connor is the 2011/2012 recipient of the LBMA Bursary and a PhD student at Trinity College Dublin.

Dr Brian Lucey is a Professor of Finance at the School of Business at Trinity College Dublin, where he is director of the MSc finance programme. He studied at graduate level in Canada, Ireland and Scotland, and holds a PhD from the University of Stirling. His research interests include international asset market integration and contagion; financial market efficiency, particularly as measured by calendar anomalies; and the psychology of