The Shanghai Gold Exchange and its future development

At the 2004 LBMA Conference in Shanghai, Central Bank Governor Zhou Xiaochuan proposed a ‘three transformations’ strategy, which led the way for the development of the Chinese domestic gold market. It is an honour that six years later the LBMA has decided to return to Shanghai to host such a high-profile forum. 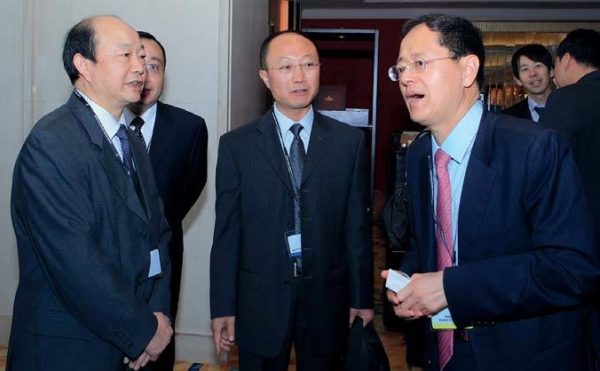 Since then, the Shanghai Gold Exchange (SGE) has embarked on a fast-paced development. Today, I am here to give you an introduction to the services of the Exchange and share our experiences. I will give a brief history of the development of the Exchange over the past six years, and mention some ideas about its future development.

History of the SGE

The Exchange was officially opened on 30 October 2002. It currently has 163 members, including major domestic commercial banks, five foreign banks, and firms involved in gold production, consumption and investment. It has nearly seven thousand institutional clients and over two million individual clients. The Exchange has twelve types of contract in gold, silver and platinum. It undertakes other business including spot physical, deferred trading, forwards and individual physical investment.

By the end of April this year, the Exchange had traded 1,909 tonnes of gold, 73,569 tonnes of silver and 20.88 tonnes of platinum, a total transaction value of more than RMB 1 trillion.

From the opening of the Exchange in 2002 to the end of April this year, more than 20,000 tonnes of gold, nearly 170,000 tonnes of silver and 300 tonnes of platinum were traded. The total transaction value exceeded RMB 5 trillion.

The Exchange can be described in terms of the following six major features.

The Exchange focuses on serving the spot market to meet the domestic market’s requirement for large amounts of physical bullion. China has rapidly become the world's largest gold consumption market. In 2010, gold spot transactions grew 28% to reach 1,626 tonnes and the amount of physical gold delivery at the Exchange reached 837 tonnes, a new record, which guaranteed the leading position of the Exchange in the domestic gold spot market.

The lending market is an integral part of the international gold market system. In a mature gold market, participants can lend gold and finance at the market lending rate, in order to carry out market transactions more easily.

Members of the Exchange

Drawing on the experience of the international market, the Exchange has supported its financial members (commercial banks), benefiting from their abundant financial resources and strength. Bank members' proprietary trading grew 29% in 2010 to reach 2,094 tonnes and client trading grew 56% to reach 277 tonnes. Currently, the commercial banks account for 58% of the market and more growth is anticipated.

Over the past two years, the Exchange has admitted HSBC, Standard Chartered Bank, the Bank of Nova Scotia-ScotiaMocatta, Australia and New Zealand Bank and Credit Suisse as members. The SGE is the first and only exchange in China with foreign membership. Not long ago, applications from Barclays Bank and United Overseas Bank were approved. Very soon they will become members of the Exchange as well. Besides that, many well known international commercial banks, including JP Morgan Chase, Deutsche Bank, Standard Bank and UBS have shown an interest or are applying to become foreign members of the Exchange.

Foreign members of the Exchange play an increasingly important role in the market. From September last year, foreign banks’ proprietary trading grew rapidly. In 2010, the transaction volume of foreign member banks was 168 tonnes, almost 5 times of the previous year, accounting for 8% of the total proprietary trading.

The gratifying development of the gold market presents both opportunities and challenges. It is worthwhile to think about how we can take advantage of the opportunities to innovate and sustain the growth of the market, while seeking co-operation with international markets for mutual benefit. We would like to propose the following ideas.

The Exchange formally launched the price quoting system in March, allowing commercial banks to cover paper gold exposure and fulfil the specific needs of OTC forwards. The Exchange combines the trading models of price bid and price quote to nurture and support the domestic gold market makers and to attract more investors into the market to satisfy their multi- dimensional trading needs. In the future, as the price quoting system is developed and perfected, we are confident that we are forging a useful tool for the bidding market.

We have also realised that, compared to the wide variety of personalised products in the international gold market, such as spot, forward and swaps, our current price quoting system provides limited products and services, which are mainly focused on physical transactions and limited gold lending services. Therefore we need to further improve the price quoting system, enrich the variety of products, enhance their functions and gradually adopt international trading products, to meet the banks’ individual needs.

Establish the gold lending market and form the lending rate.

The lending market is an integral part of the international gold market system. In a mature gold market, participants can lend gold and finance at the market lending rate, in order to carry out market transactions more easily. In the domestic market, due to the late start, the scale of the gold lending market is still relatively small, while a market lending rate has not yet been established. However, in recent years, with the support of the Exchange, the domestic gold lending market has made great progress. Market players have gradually become more diverse. Foreign banks, domestic commercial banks and enterprises are actively involved. In 2010, the total commercial bank gold lending grew 68% to reach 112 tonnes. The potential of the lending market is very promising.

Hence, the Exchange should take the opportunity and accelerate the establishment of the gold lending market. It should support more commercial banks to provide gold lending services, attract foreign banks and refinery companies to join, and facilitate the mobility of domestic physical gold. What is more important is to establish a gold lending rate in China as soon as possible, to encourage inter-bank gold lending and assist small and medium enterprises, thus to improve market functions.

The first domestic gold ETF - Lion Global Gold Fund was launched at the end of last year, which has gained much attention at the Exchange. On the one hand, we intend to further reduce the trading hurdle and the investment threshold of existing products in response to the impact of fund companies’ ETF products on the market system; on the other hand, we have accelerated the steps to study gold bonds and ETF products as an important reserve to explore new products and promote innovation.

The gold market is a global market. However, our gold market is not very internationalised. In recent years, we have introduced some influential foreign banks and endeavoured to communicate with foreign markets. But this is just the beginning. Next we will continue to increase the number of foreign members and introduce more powerful foreign financial institutions and gold dealers into our market.

Now, we are in a special historical time full of opportunities. In the future, the Exchange will further its marketing innovation, enrich the variety of trading models used and promote improved functioning of the market.

There is a comprehensive physical certification system in the London gold market, which is a globally recognised physical delivery criterion and plays an important role in the promotion of globe gold trading. At present, although China's gold quality certification system has met the standard of the LBMA in both specifications and standards, and some rules are even stricter than those of the LBMA, there is no common admissible mechanism of international certification which can apply to domestic physical gold. This has handicapped the development of domestic market. This fact made us realise that we should co-operate with the LBMA to connect the two physical certification systems as soon as possible, so that gold in China can be accepted in the international market and we can supply gold more efficiently to gold market players both at home and abroad.

Increase communication between the two markets and make regular visits.

The London gold market has a history of over a century. Despite the fact that the London bullion market uses an OTC model which is totally different from the Exchange’s model, there are still a lot of valuable experiences we can learn from the London gold market in areas of market management, product innovation, risk control, physical delivery, warehousing and logistics. During the last two years, I have been to London twice to study the specific subject of the tax system, OTC price quote model, and lending market at the London gold market. And I have learned a lot. Facing the rapid development of the market, I feel it is necessary to set up a regular visiting mechanism between these two markets to understand new developments and market information relevant to each other.

Now, we are in a special historical time full of opportunities. In the future, the Exchange will further its marketing innovation, enrich the variety of trading models used and promote improved functioning of the market. We will enhance our core competitiveness and increase our influence in the international gold market.

Mr. Wang Zhe, is a member of the CPC and was born in August, 1960. He has an MBA degree. He started his career in July, 1984 and currently serves as the Chairman and President of Shanghai Gold Exchange. He spent four years studying at Jilin Trade & Commerce College before starting his career at the Currency Issue Division and General Office of the People’s Bank of China from July, 1984. After that, he served as the General Manager of China Gold Coin Corp. (Shen Zhen) Company from December, 1991 to March 1995.From March 1995 to April 1999, he served as the Deputy Governor of CITIC Bank (Shen Zhen) Branch, Chairman of Da Peng Securities Co., Ltd. and Deputy General Manager of China Gold Coin Corp. From November 2001 to February 2011, he served as the Deputy Chairman and President of Shanghai Gold Exchange. And from February 2011, he became the Chairman. Mr. Wang Zhe is a well-known expert in the country’s precious metals industry with rich experience in not only the precious metals market, but the banking and securities sector as well.