Building a Bibliography of Books on Gold and Silver

The challenge in compiling a bibliography of useful books on gold and silver is not so much what to include, but what to leave out. In over 40 years of writing about both metals, I have collected or borrowed a myriad of titles on every aspect of the metals. Now, we have come up with a selection of 23 categories ranging from Assaying and Hallmarking, Coins, Investment, Metallurgy, Jewellery Design, Gold Rushes, Markets, Mining and Technology, to Silver in India, embracing more than 200 books. 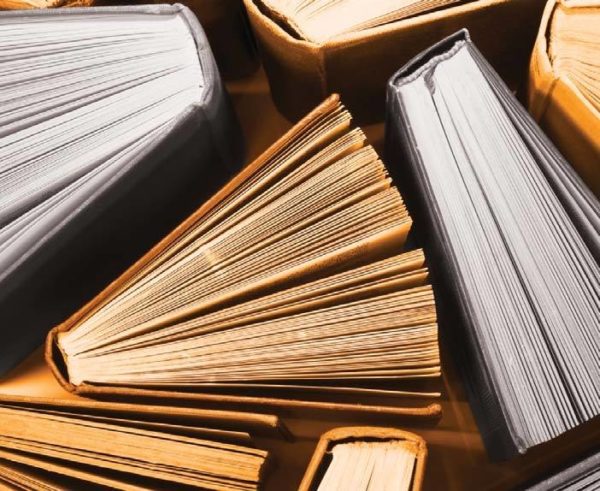 Fortuitously, a panel of experts agreed to join us in the search, recommending books on their specialities. Notably, Professor Barry Eichengreen at the University of Berkeley, California, responded the same evening to an initial email from me on a Sunday lunchtime. He then contributed reviews on key books on the internal monetary system and central banks. Dr Chris Corti of COReGOLD Technology Consultancy provided indispensable recommendations on Science and Technology. From the London Market, Jonathan Spall of Barclays Capital chipped in with books on fast-moving modern markets, while Frederic Panizzutti from MKS Finance, Geneva, proposed essential books from a European perspective. On Silver, Mike

DiRienzo, of the Silver Institute, pointed us to American publications. The LBMA is grateful for their guidance and that of others, including the Goldsmiths’ Company and the London Library.

For anyone seeking a broad briefing, we have selected 15 titles that rate as most ‘useful’. The earliest is the Report of the House of Commons Select Committee on the High Price of Bullion in 1810, which gives the verbatim testimony of the Bank of England’s Bullion Office and its broker, Mocatta & Goldsmid (now ScotiaMocatta), into how the market worked and the price was set. The most up-to- date book is Shayne McGuire's Hard Money: Taking Gold to a Higher Investment Level in 2010 (precisely 200 years later).

Fortuitously, a panel of experts agreed to join us in the search, recommending books on their specialities. Notably, Professor Barry Eichengreen at the University of Berkeley, California, responded the same evening to an initial email from me on a Sunday lunchtime.

The most practical introduction is Gold by Susan La Niece, a senior metallurgist in the British Museum’s Department of Conservation and Scientific Research. She explains its brilliance, colour and unique properties of resisting corrosion and reflecting light. Dedicated chapters on gold’s role as money, the art of the goldsmith (ancient and modern), jewellery and adornment are brought vividly to life in colour illustrations from the British Museum’s own collections.

Switching to the technology of jewellery, nothing equals Oppi Untracht’s Jewelery: Concepts & Technology. Untracht was a polymath on jewellery. This magnum opus, weighing three kilos, contains 900 colour and black and white photographs, and as many drawings and diagrams. The book details every technique jewellery craftsmen the world over use now – or used in the past.

Gold rushes and mining, of course, are an integral part of the story. On the rushes, my favourite is The World Rushed In: The California Experience, An Eyewitness Account by J. S. Holliday. It is a deeply moving account of the scramble to California in 1849, based on the diary of William Swain, who trekked across the plains and over mountains with 30,000 other prospectors to reach the diggings. On mining, the unique South African story is well told in Theodore Gregory’s Ernest Oppenheimer and the Economic Development of Southern Africa. Oppenheimer’s major achievement was backing the new gold fields in the Orange Free State in the late 1940s, which yielded four of the industry’s seven ‘super’ mines over the next three decades. This is an essential book on the role of gold mining in South Africa.

In a blaze of gold, silver must not be forgotten – not least, Silver, Its History and Romance by Benjamin White, first published in 1917 and now printed on demand by Nabu Press. White worked in the London Silver Market for 40 years and, finding no one had written its history, decided to write it. This book is a unique source of data on the 18th and early 19th centuries. In the story of silver, India has played a key role, which is tackled byS. L. N. Simha and Janaki G. Krishnan in The Saga of Silver. More than 30 tables of statistics on production, prices in major markets, Indian imports and world consumption make this a basic source. And we must not forget Stephen Fay’s The Great Silver Bubble on Bunker Hunt’s attempt to corner the silver market in 1980.

Finally, among the books we chose for the bibliography, I would nominate the most original. Ernest Seyd’s Bullion and Foreign Exchanges, published in 1868, is not just the best account of the London Market for gold and silver in the 18th century, but the most thorough at 700 pages of data. If you want to ship gold from London to Paris or California to London, or silver bars to Hamburg or silver dollars to Shanghai and bars to India, then this tells you how to pack it, what ship it goes on and how much it costs. This is a bullion dealer’s handbook par excellence, now a collector’s item, but you may find it on the AbeBooks website.

Timothy Green has been writing about gold for over 40 years. His first book, The World of Gold, came out in l968 and was revised several times. He also wrote The Gold Companion: The A-Z of Mining, Marketing, Trading and Technology for the Swiss company MKS Finance SA. His latest book, The Ages of Gold, on the 6,000 years’ history of the metal, was published in 2007 by GFMS, the precious metals research company, for whom he was also a consultant on world gold markets for three decades. In 2010, he wrote Building a Global Brand, The London Good Delivery List 1750-2010 for the LBMA.