The Growing and Evolving Gold Retail Investment Market in China 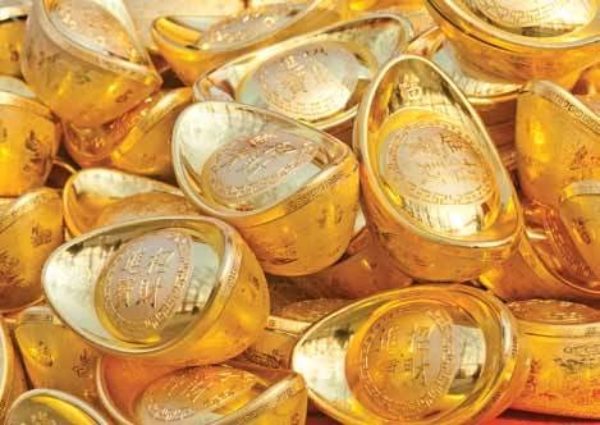 China’s gold retail investment market has tripled in size since the establishment of the Shanghai Gold Exchange (SGE) 10 years ago in 2002, with ongoing growth suggesting that the country will remain a major player in the international gold market.

China has been infatuated with gold for thousands of years. This auspicious element has always been associated with Imperial China and represented good fortune. Shanghai also has a particular history with gold: in the 1930s and 1940s, Shanghai was already a renowned financial centre in the Far East and was home to the largest gold trading centre in the region.

In the new Chinese republic, the government decided gold was an important strategic resource and assumed management of it. In 1950, the People’s Bank of China introduced measures to control gold and silver trading. In 1983, the State Council issued new regulations that placed the control of all purchasing and distribution of gold and silver under the central government.

Two decades passed before controls on the domestic gold market were loosened. On October 30, 2002, SGE was opened as part of a range of market-oriented financial reforms. The World Gold Council played an important role by sharing expertise and knowledge in the formation of this spot exchange gold market in China1.

In 2004, China classified gold for investment and permitted individuals to invest in the precious metal. In late 2005, the SGE and the Shanghai branch of the Industrial and Commercial Bank of China (ICBC) launched the Jinhangjia, a spot trading product for private investors, thereby accelerating the development of China’s retail gold market. In December 2006, with marketing support from the World Gold Council, China Gold Group issued its first two-way trading gold bullion product – the China Gold Investment Bar – traded at the prices listed on the SGE with a tight margin for domestic investors.

Since the Shanghai Futures Exchange (SHFE) launched the gold future in January 2008, gold futures trading volume has significantly increased; in 2011 alone 14.4 million contracts were traded. This gold futures market together with the spot trading of SGE form the basis of the Chinese gold market.

In the recent context of rising inflation, stagnation in domestic equities and government attempts to curtail a real estate bubble, individuals are exploring other alternatives to preserve their wealth. Gold is becoming an increasingly popular investment vehicle and the industry is responding rapidly by introducing more gold-related financial products.

“China’s gold retail investment market has tripled in size since the establishment of the Shanghai Gold Exchange (SGE) 10 years ago in 2002.”

In our survey2 conducted in February 2012, 57% of the 1,407 interviewed investors had gold as an investment at that time, and 71% planned to invest in gold during the coming year. Around 70% of existing gold investors found gold investment to be the preferred investment to achieve both capital appreciation and wealth preservation, which were the two most prominent investment drivers. Not surprisingly, investment demand in China is growing at a staggering rate: 117% 3 since 2007.

Major commercial banks, investment firms and gold jewellery companies are the primary sellers of investment gold products specifically for Chinese investors. The likes of ICBC’s Ruyijin, China Construction Bank’s Longdingjin and China Gold Group’s Investment Gold Bullion are investment bars priced at a small premium to SGE’s quotes and they are sold across a broad network of bank branches and outlets across the country.

” Against the backdrop of a global economic downturn, the longer-term growth of China’s economy remains healthy, supported by the continual income growth of an emerging middle-income class.”

Observing the rapid development of the China gold market, the World Gold Council formed a strategic partnership with ICBC to develop a specific gold investment product to echo investors’ needs, while stimulating new demand. In December 2009, the World Gold Council and ICBC launched China’s first Gold Accumulation Plan (ICBC GAP) catering to investors who want to accumulate gold on a daily basis over a long investment horizon. ICBC GAP has been a huge success. As of June 2012, ICBC GAP has achieved sales of 15 tonnes in half a year and accumulated 4.2 million accounts since its launch, exceeding many expectations and prompting other banks to introduce similar products.

The success can be attributed to two main factors. Undeniably, the market is going through a high growth stage. An equally important element of success lies in its product design. ICBC GAP is designed to answer investors’ needs to handle the often difficult market timing decision. The product won the 2011 Shanghai Financial Innovation Award conferred by Shanghai municipality. In addition, ICBC and the World Gold Council have been very active in advocating the long-term strategic asset allocation of gold to support market education.

Taking its rightful place in the gold market

In the last 10 years, China has emerged as both the largest consumer and the largest producer of gold. Building on this foundation, we believe the retail gold market will continue its expansion under the favourable conditions of continual income growth, widening retail reach via commercial banks and product proliferation under market liberalisation.

Against the backdrop of a global economic downturn, the longer-term growth of China’s economy remains healthy, supported by the continual income growth of an emerging middle- income class. China Consumer Daily, a popular newspaper, forecast that by 2015, China would have 75 million families, up from 15 million in 2005, with an annual income averaging US$4,300. Household savings are expected to triple in the same period.

Under such a scenario, investment as well as gold products will benefit. In the survey referenced earlier, 71% of the respondents voted to include gold in their portfolio allocation in the coming one year; gold also overtook equity as the top choice by investors.

Of all the retail channels currently available in China, banks represent the principal avenue. Commercial banks have responded to increasing demand for gold by developing resources and capabilities for physical gold, trading, financial and wealth management as well as reinforcing internal controls and risk management. New gold-related products are constantly placed on the market and distributed throughout the Big Four Chinese commercial banks’ extensive networks, which by the end of 2011 exceeded 50,000.

Some of the large and medium-sized banks have begun specialising in the gold business by establishing precious metals subsidiaries and franchises. Banks with branch network advantage will dominate the distribution of retail investment products. As the bullion business continues to develop, banks will build a broad range of gold products tailored to different investor needs.

” China has the foundation, means and will to achieve its aspirations. To enhance the process of this development, the World Gold Council will continue its initiatives in market liberalisation, product and channel development as well as investors’ education.”

In January 2012, the National Development and Reform Commission released The Development of Shanghai as Financial Centre in the Period of the 12th Five-Year Plan and set a target to maintain world number one ranking in gold trading. In January 2011, the Shanghai municipal government announced plans to launch a gold exchange-traded fund (ETF) on the Shanghai Stock Exchange in collaboration with the SGE. In August 2012, the SGE and Foreign Exchange Trading Center had moved forward with interbank over-the-counter (OTC) gold trading as part of broader reforms to modernise the sector.

These steps are part of China’s ambitions to become a major gold trading centre on a par with London and New York. This is also the natural evolution of the market as increasingly sophisticated investors look for the right product structure for gold allocation. This will ultimately support the growth of the institutional gold market in China.

China has the foundation, means and will to achieve its aspirations. To enhance the process of this development, the World Gold Council will continue its initiatives in market liberalisation, product and channel development as well as investors’ education. By unleashing this potential, we see universal gold recognition in this market going forward and we anticipate that the annual investment demand will show a tremendous increase and exceed 600 tonnes by 2016. This road is indeed paved with golden bricks.

Prior to his many years in gold marketing, he was with Dentsu, Young and Rubicam, Hong Kong in the early 80’s, where he was responsible for a number of popular and durable consumer products. He was Account Director when he left.

His career in gold marketing began in July, 1985 when he joined the Royal Canadian Mint as the Regional Manager in charge of sales & marketing in the Asia Pacific region.

Mr. Cheng is widely consulted on the development of the gold markets in Asia throughout the past 27 years with both the Royal Canadian Mint and World Gold Council. He is one of the international advisors of the Shanghai Gold Exchange.

A graduate of the Chinese University of Hong Kong, Mr. Cheng holds a degree in Business Administration with a major in Marketing.