''London is Gold Capital of the World"

"For those of you who came to see 'a market showing its underwear in public', as one analyst suggested, I'm afraid I have to disappoint you", Alan Baker began his speech at the LBMA press conference on 29 January, where clearing statistics for the London Bullion Market were revealed for the first time. 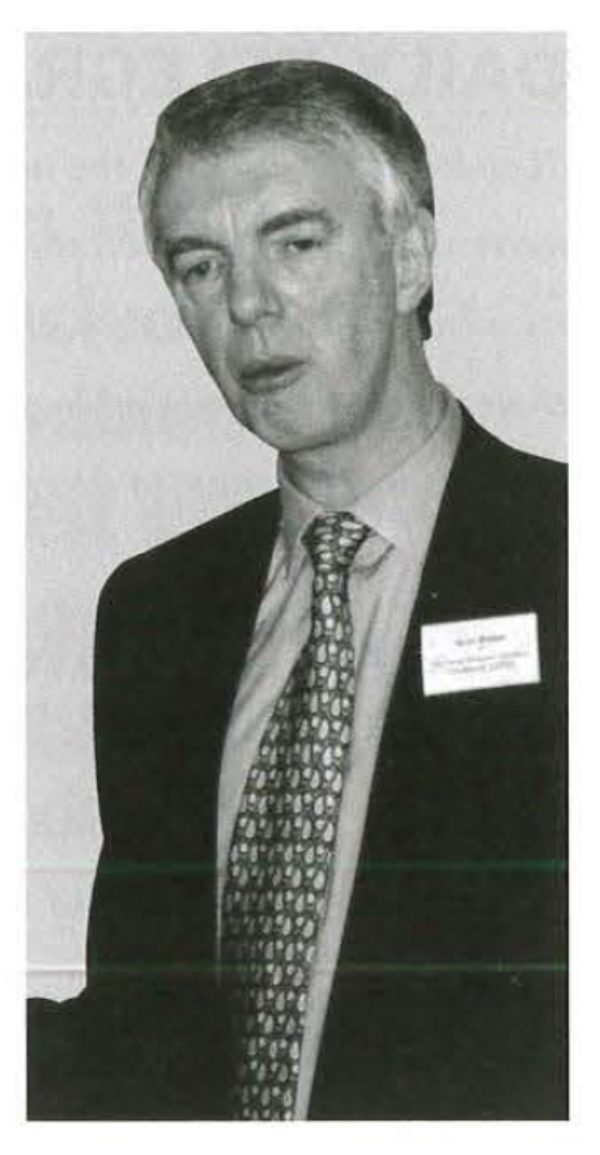 Although no underwear was showing as assembled press, numbering 35, gathered to hear the announcement, no one present appear ed disappointed. Speeches by Alan Baker and Martin Frankel, both of the Management Committee, introduced reporters to the current structure of the gold market in London and the role played by gold in today's financial market place.

Gold no longer reacts as violently as it once did to world events and its movements may be more easily influenced by a computer-driven trading fund than by movements taking place in other markets. It still remains, however, a uniquely flexible asset among a range of financial investments being, as we all know, the only financial asset which is no one else's liability.

Next, the speakers turn ed to an explanation of the method used for gathering and determining the figures, before annually revealing the actual data. The numbers for October, November and December 1996, published in the winter edition of the Alchemist, spoke for themselves: on average, 30 million ounces of gold, valued at over S10 billion, and 250 million ounces of silver, valued at over $1 billion, were transferred each day. Even though most had anticipated that the amount s would be sizeable, the final tally drew surprise and attention - not only to the importance of London as a clearing centre for gold and silver, but to the depth of the bullion market worldwide. Following are some extracts of media commentary:

" Many people will be very startled to discover that the global bullion market is very big indeed... yesterday the London Bullion Market Association lifted the veil to quantify the volume of bullion business cleared in London, the international settlement centre for gold deals."

" London claims to have the world's biggest market in 90/d but has never until now published the figures to prove it... the LBMA and its mentors in the Bank (of England) are right to say more about their market. They cannot leave it to speak for itself and gold's enemies will continue to decry it!'

"Although London is known to be the main centre for clearing gold trades, the size of the figure is surprisingly large...[it] indicates the importance of London in the international gold market:'

"... as the London Bullion Market - the biggest in the world - this week made clear gold trading and settlements of gold deals remains a huge business."

"London is Gold Capital of the World... this total dwarfs the competition, principally America's Comex/ NYMEX exchange, Tokyo's Tocom and the tiny Zurich market... not only are about 86 per cent of gold deals settled in London, but the City also lays down the currency in which the deals are to be paid: the London 'good delivery bar'."

The only negative notes to be so sounded centred on the idea that the revelation of any facts at all by the London market was a compromise of confidentiality and might drive business elsewhere, as an analyst quoted in Metal Bulletin's 3 February edition suggested: "... it would be a grave mistake to think that the new disclosures will help London's trade, as I think in reality it will level the playing field and help other markets, particularly Switzerland". And a Trader quoted in the 29 January Evening Standard suggested: "This move is more likely to discourage activity here. If there is a deal between two people in Singapore which is settled in London, and which will now appear in the statistics, they may think twice about settling in here."

Chris Elston of the LBMA Executive responded to these propositions with a letter which appeared in Metal Bulletin on 28 February, saying in part:

"Loss of anonymity suggests the revealing of client names. No names are being revealed, whether publicly, within the market, or to the LBMA Executive, where the figures contributed by the eight Clearing Members are aggregated.

Perhaps what is feared is loss of confidentiality. No confidences, in the form of the size or precise timing of any individual deals or, indeed, in any other form, are being revealed, either publicly, within the market, or to the LBMA Executive.

The so-called 'Market Analysts' who postulate that some London market users might consider moving business to Zurich - because of the LBMA's publication of statistics evidencing its considerable volume of clearing turn over - seem to display considerable naivety in their assessment of the strength and depth of the London gold market.

Would there be any sense in deliberately taking a large transaction outside the London market and placing it into a smaller, less liquid market, where it would stand out much more prominently? I would suggest not.

What the newly published figures show is that the international market - not just the London market - in Loco London gold is deep enough for such large transactions to pass with hardly a ripple."