With the Indian wedding season now underway, Aelred Connelly interviews Shekhar Bhandari and asks him about the significance of gold jewellery to Indian culture. 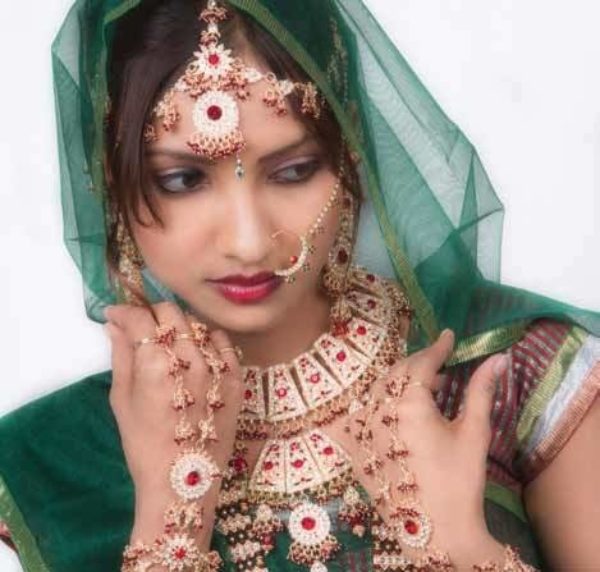 Has the 50% increase [from 4% to 6%] in the customs duty on gold imports, which was introduced on 21 January this year, had a detrimental effect on demand for gold jewellery in India

As a result of significant increases in the price of gold, customs duty as a percentage of the value of the gold has fallen considerably in recent years. It was 9.4% in 1998-99, but was as low as 1.3% by December 2011. The government increased the customs duty to 6% earlier this year in order to increase revenue without encouraging parallel trade. I don’t think the rate of customs duty at 6% affects jewellery demand. Demand for jewellery constitutes 65% of India’s gold imports, and demand for jewellery is inelastic as it is mainly determined by the number of marriages and births, as well as the monsoon season.

Interestingly, the increase in duty resulted in increased landing costs, but there was a correction in the price, which resulted in the purchase price of gold being 4% cheaper.

Could you provide an explanation of the importance of the wedding season in India?

Gold usage started in early Indian civilisation. Indian gold values have been built over 4,000 years and it takes a minimum of 20 to 30 years for a marginal (or small) shift in behaviour. In India, women are the biggest owners of gold, not because they love it, but because the men in the family have given it to them as a form of social security. Gold is regarded as auspicious and as a connotation for wealth, prosperity, social security, safety and liquidity.

In the short term, there are three main factors that determine demand for gold in India: the monsoon season, the number of weddings and the number of births.

Could you explain the concept of stridhan (woman’s wealth) and inheritance, and how this affects the giving of gold to daughters?

As I mentioned earlier, women are the biggest owners of gold. With no formal social security system in India, gold is regarded as a valued and highly liquid form of wealth. Stridhan is a traditional practice that was primarily meant to provide women with some level of economic security in adverse situations such as divorce, widowhood, etc. An Indian bride wearing traditional gold jewellery.

”Indian gold values have been built over 4,000 years and it takes a minimum of 20 to 30 years for a marginal (or small) shift in behaviour.”

Among Hindus, it is interpreted in various ways. In general, stridhan is defined as that portion of a woman’s wealth over which she alone has the power to sell, gift, mortgage, lease or exchange – as a whole or in part. Usually, stridhan is passed from mother to daughter, unless the woman decides otherwise. Any dues from her can also be recovered from her stridhan.

At the LBMA conference in Hong Kong last November, you mentioned in your very interesting speech that this would be a record year for auspicious days in India. Could you explain your reasons for saying this?

India follows a lunar calendar and on those (auspicious) days, no weddings take place. Weddings in India are considered to be the ‘longest’ relationship – even beyond one’s life – and are so valued that they can only be conducted on auspicious days. Hindu weddings do not take place for a four-month period known as Chaturmas. Throughout this period, Lord Vishnu, and his fellow Gods and Goddesses, are believed to be in Yogi Sleep, and Hindu weddings are not held during this period so that the Gods are not disturbed. Only 117 days will be lost in 2013 compared to the 148 days that were lost in 2012. The upshot of this is that there are expected to be 23% more wedding days in 2013 compared to 2012.

India is the world’s largest consumer of gold. What is your outlook for demand for gold, particularly jewellery, in 2013?

It is estimated that India ‘invested’ $166 billion in the 10 years between 2002 and 2012, buying a total of 6,300 tons of gold, which has now doubled in value to $335 billion. This estimate is arrived at by netting off India’s gold imports and exports. A quarter of the gold demand in India is now accounted for by investment, which is a significant increase since liberalisation.

Jewellery demand accounts for 65% of total gold demand and is dependent on three main factors: the number of marriages, the monsoon and harvest season, and government policy. Since conditions during 2013 are favourable for the first two [factors], I would expect that demand is likely to be strong. I would estimate that demand for jewellery will be 25% higher this year (compared to 2012). 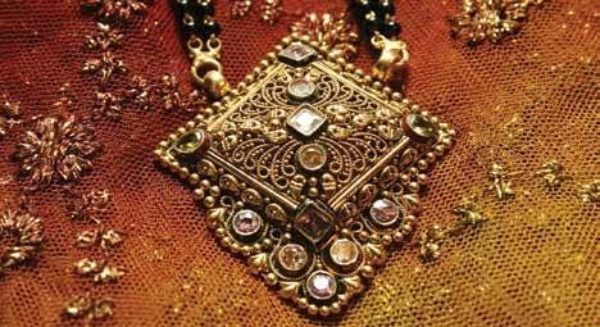 With an estimated 10 million marriages taking place in India during the wedding season this year, how much on average will be spent on a typical wedding?

How much gold would typically be bought for an Indian wedding? It is estimated that anything between$2,000 and $2 million would be spent on a typical wedding in India. Gold jewellery forms an important part of a wedding, and the amount of jewellery purchased in a typical wedding would range between 20 to 2,000 grams.

Do you sense a shift away from the traditional buying of gold for weddings and other festivals or envisage a shift in the future?

In the 10 years from 1990-91 to 2001- 02, the Indian price of gold increased by around 3%, while the London price of gold dipped by 2.5%. However, in the next five years from 2002- 03 to 2006-07, the domestic prices of gold rose by 15.5%, while the London price increased by 18%. Further, in the subsequent five years from 2007-08 to December 2012, domestic gold prices increased by 22%, while the London price increased by 19.2%. This reflects a gradual dollarisation of the commodity markets as global central banks pumped liquidity in the global financial markets. Thus, demand for gold has picked up internationally and nationally as a hedge against inflation and as a safe- haven asset. The buying of gold for weddings is considered jewellery, whereas the buying of gold during festivals is regarded as an investment. If gold gives negative returns over the next 10 years, Indian investors would definitely move to a better alternative investment, only buying token gold on auspicious days. However, inelastic gold consumption such as jewellery (not investment) will remain unaffected.

Although the majority of gold in India is imported, most of the jewellery is fabricated within the country. Do you envisage any change in that situation in the future?

Indian artisans are highly skilled and are considered to be among the very best in the world. I foresee India investing in the industry and reaping the rewards of this knowledge and skill.

Should gold in India be classified as a part of the capital account? And do you think that this would solve India’s current account deficit (CAD)?

The system of National Accounts (SNA)9 3 requires trade in gold, other than official transactions between central banks, to be treated as imports and exports of goods. So, in India, for accounting purposes, gold is treated within the balance of payments.

For countries with an international market in gold (for example, the UK, Japan and Switzerland), there is little correspondence between the activities of traders on the bullion market, cross-border movements of gold and the concept of merchanting of a good. The reason that these countries do not classify gold as a trade account item is because they have large and vibrant international markets in gold, whereby gold may be brought to country A for safe custody without ever being owned by a resident of country A. In other words, this gold could remain in the vault/depository in country A despite a number of changes of ownership.

India would have to continue to classify gold under the current account, rather than in the capital account, as its gold imports are for use by residents. In this context, it could be pertinent to explore the potential of developing India as an international market for gold trading.

What does the future hold for demand for gold in India?

India has a young population. By 2025, it is estimated that 88% of the population will be under 60 years old. This is an important demographic for the future, which is complemented by a good education system in India.

The average age of Indians is currently 29, and there are large number of the population aged between 30 and 59. India’s nominal GDP is estimated to increase from $3 trillion currently to more than $10 trillion by 2025. Gold is an automatic choice for many people in India, for the reasons stated earlier, so as wealth increases so will demand for gold.

For the longer term, developing India as an international hub of gold trading andtransacting could be considered. This could pave the way for classification of non-monetary gold as a capital account entry, thereby avoiding the distortions in the current account figures.

Shekhar Bhandari is the Business Head for Forex, Derivatives and Precious Metals in the Treasury division of Kotak Mahindra Bank.

Shekhar has been instrumental in increasing market share of Precious metals business by 3.5 times within 24 months.

His areas of interests are Derivatives, Structuring, Precious Metals, Treasury, Economy, Risk Management, Distribution and Marketing of Financial Products and covers these subjects as a regular speaker at various forums.