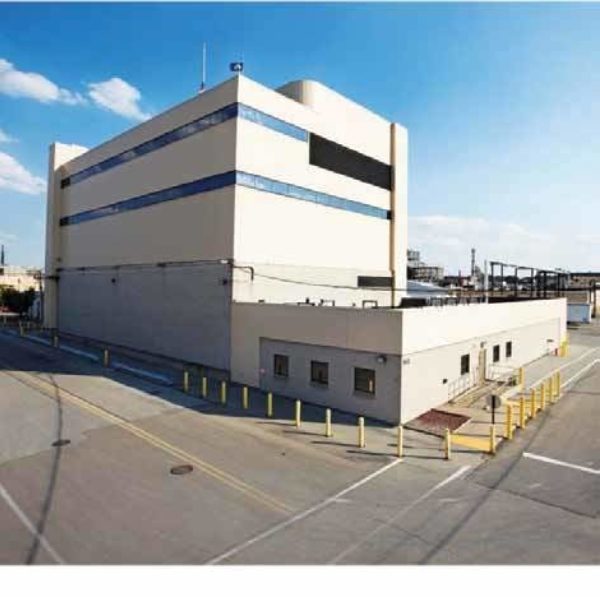 RSW is the former film-based recycling, silver- based refining and silver nitrate remanufacturing departmental operations of Eastman Kodak Company (EKC). These EKC’s assets were purchased by private owners on 1 October 2011, and the private owners also own Technic Inc. Since its inception in 1944, Technic Inc. has established a global reputation for technical excellence in the electro-deposition of precious metals and has grown to be a global leader in specialty chemicals, surface finishing equipment, engineered powders and flakes, and analytical control tools.

RSW specialises in the wholesale recycling and refining of silver and photographic film products, and the remanufacturing of high-grade invariant- quality silver nitrate and some other small-scale silver salt derivatives. RSW is “88 years plus one” old. RSW celebrated one year in age as a new company on 1 October 2012, but if one takes into account the age of some of the buildings and operations that RSW acquired, it dates back to the 1920s (specifically 1923). The 1920s was the time frame during which EKC initiated large- scale recycling, refining and remanufacturing. RSW is “pushing” 100 years old when it comes to recycling, refining and remanufacturing of silver and that EKC s significantly ahead of many other companies from a recycling or environmentally green initiative perspective.

Numerous photographs were displayed during the presentation. Below is a picture of the Building 143 (silver nitrate), described by Robert as the “Jewel of RSW”

RSW is located in the heart of Eastman Business Park (EBP), a 1,200-acre technology centre and industrial complex located near Lake Ontario in Rochester, New York. EBP used to be referred to as Kodak Park and still is one of the world’s largest manufacturing complexes, and is currently home to more than 35 companies with more than 1.5 million square feet of available space for manufacturing, laboratory, office and warehouse operations. In addition, it offers over 300 acres of prime industrial (M1) developable land. EBP is a self-sufficient manufacturing facility with a highly efficient infrastructure, including major utilities such as various grades of water quality or steam, electricity and on-site waste water treatment, to name a few. RSW occupies approximately 10 acres of land and 150,000 square feet of buildings within EBP.

RSW have retained all 55 highly skilled former EKC employees and all of EKC’s film recycling, silver refining and silver nitrate remanufacturing business unit operations, and has expanded its workforce since 1 October 2011 with the addition of a chemical engineer, a sales/ marketing director, four additional full-time production personnel and a 10 to 15 person flexible contractor force. RSW’s vision is to be a “formidable force for the foreseeable future” with regard to recycling, refining and remanufacturing as a function of Ag and Au. It is hoped that this can be achieved by exploitation of current capabilities, acquisition of new equipment and the development of new products, i.e. alternative plastics, but especially silver derivatives in wholesale quantities beyond silver nitrate.

“For the recycling operation, the input material is primarily post-manufacturing or post-consumer film and is film base independent, and could be silver or non-silver bearing in nature.” 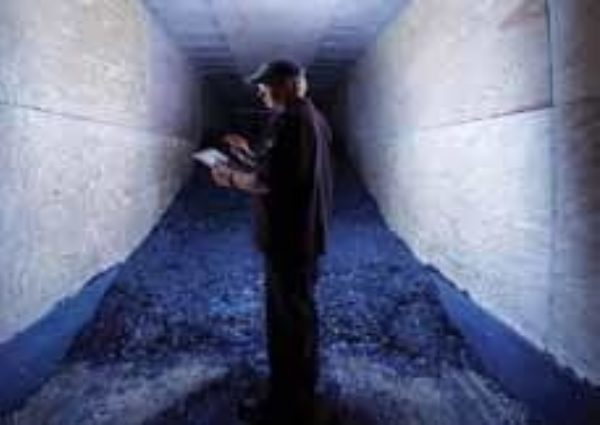 Incoming size-reduced photographic film base being inventoried prior to processing.

For the recycling operation, the input material is primarily post-manufacturing or post-consumer film (medical, dental or industrial x-rays, graphics, printed circuit board, motion movie, microfilm, microfiche, etc.) and is film base independent (analog or laser printed), and could be silver or non-silver bearing in nature. The process capability of the recycling operation is that it is an aqueous-based multifunctional batch highly automated chemical wash process. In the presence of numerous chemicals, high- shear conditions within the washing vessel and as a function of time, temperature and critical film to water ratios, a high-grade polyethylene terephthalate and near silver free plastic is produced. A 3-4 ton batch of film is added to one of the specially designed washers, production personnel input the weight, select a wash programme from the computer control system and “walk away” for five to 10 hours. RSW’s current capacity is in the vicinity of 25-30 million pounds a year and, based on market research, this makes RSW one of the three top volume film washers in North America. 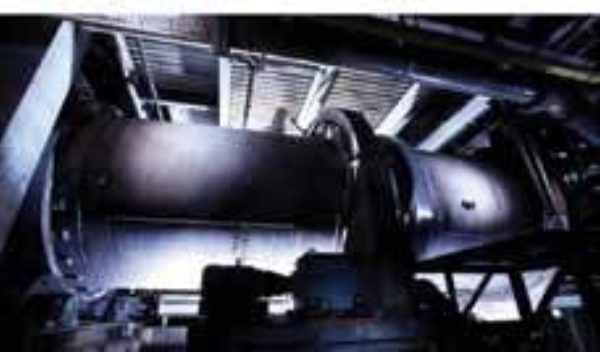 For the refining operation, the input material is primarily crude silver-based recycle streams from various photographic and non-photographic- based processes (slurry, muds-solids, filter- press cakes, ash, sweeps, flake, dore, etc.).The sub-unit operations process capabilities of RSW’s refining operations are the uniqueness of RSW as compared to other refiners. These sub-unit operations include water treatment, calcination, smelting, metal hydroxide formation, electrolysis and finishing furnace melting. RSW operates a water treatment process that can treat via coagulation, flocculation, settling in large basins and filtration over 365 million gallons per year. RSW can calcinate 5-6 million pounds a year of solids with approximately 50% moisture and produce via smelting and electrolysis approximately 30 million tz a year to 4-nine or 99.99% silver purity. This is a particular area in which RSW will need to exploit current capabilities and fill existing capacity via expansion (equipment acquisition).

“For the remanufacturing operation, the input material is primarily a combination of recovered and purchased silver and nitric acid.” 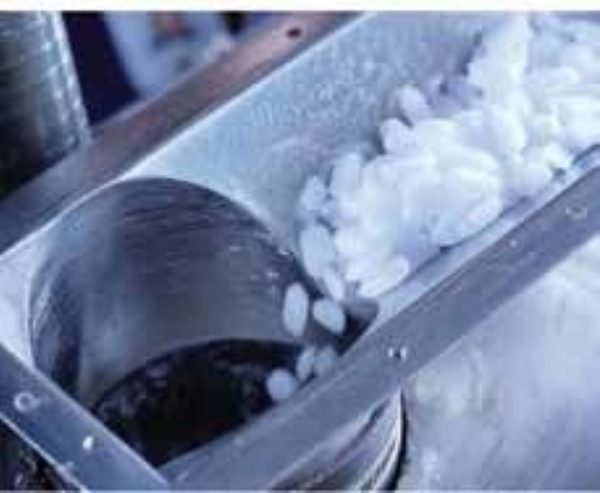 For the remanufacturing operation, the input material is primarily a combination of recovered and purchased silver and nitric acid. There are multiple photographic/non-photographic uses of RSW nitrate: traditional and digital photo products to anti-microbial, catalyst, electronic, mirror, metal powders, batteries, etc. RSW’s silver nitrate process is classified as a “continuous and consistent high quality” nitration facility, with the three-stage nitration- purification sub-unit operation identified as a 5-6 Sigma Quality process. Process control and verification are used versus product testing to “release” product for sale. EKC have developed a proprietary process-product verification tool defined as the split-ratio model for photographic grade silver nitrate in the 1990s. This model was the result of numerous process control R&D programmes that were imbedded as part of the lean manufacturing initiatives assigned to the overall design of the new silver nitrate process. The model takes into account various process parameters prior to the crystallisation process and couples these with many other set points as a function of the equilibrium chemistries of key impurities. The result is that the model predicts product impurity levels or the impurity split of key impurities associated with the mother liquor of the crystallisation process. The quality of RSW product nitrate meets or exceeds ACS/USP specifications and it is his firm belief, based on more than 33 years’ experience, that RSW not only produces the highest consistent quality invariant grade silver nitrate, but is also the largest single-source silver nitrate manufacturer in the world. 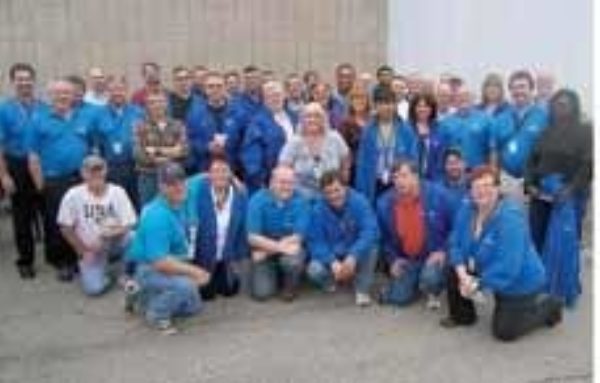 Photograph taken on 1 October 2012 of RSW personnel at RSW’s first-year celebration as a company.

In conclusion for all its history, process capabilities and powerful automation, the most invaluable assets of RSW’s recycling, refining and remanufacturing processes are its people.

Three simple words ‘recycle, refine and remanufacture’ are connected to one another at RSW and that they culminate in the production of high-quality invariant grade (ACS-certified) silver nitrate. Mr Surash’s presentation rationalised how these three words are not only connected to each other at RSW, but how they link RSW to the silver industry or as mentioned early on, how RSW takes “precious metal scrap to premium industrial materials.”

Robert G. Surash, Process Chemist, Rochester Silver Works acquired a Bachelor’s degree in Chemistry from Harpur College of Arts and Sciences at Binghamton University. He has spent the majority of his career with industrial- scale silver-based manufacturing processes.

He started at Eastman Kodak Company in a manufacturing developmental laboratory with special emphasis on fire assay testing and developed into Kodak’s on-site technical expert for the operations of silver refining, film recycling and silver nitrate manufacturing. He is a certified Six Sigma Black Belt and is the holder of three US patents involving photographic film recycling and methods for treating and recovery metals associated with both domestic and industrial waste waters.