It is probably the easiest quiz question to put to anyone in the precious metal community. However, what connects the years 1897, 1919, 1989 and 2014? Obviously, they are the years that the fixings came into being for silver, gold and the platinum group metals (PGMs) respectively. The final date, this year, is likely to see them all cease to exist. Or at least in a way that would have been familiar to those involved in these processes in earlier days. 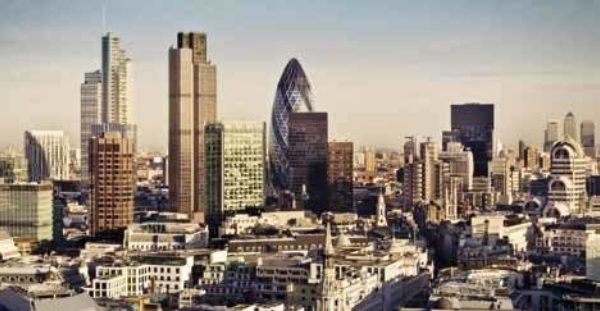 There have been a number of changes throughout the decades in which the fixings have been in operation – perhaps most notably, for gold, that there was no longer a requirement for gentlemen in top hats (initially in reality and latterly somewhat metaphorically) to stroll around to the offices of N.M. Rothschild at 10.30am and 3pm every trading day. Although, that it took until 2004, around 130 years after Alexander Graham Bell was awarded the first patent for a telephone, is probably noteworthy too. Even then, the change occurred because N.M. Rothschild exited the commodities business and sold its seat on the gold fixing to Barclays – rather than a review of the way that the benchmarking operated. For silver, the most profound change occurred in 1999 when those involved were allowed contact with the outside world. Prior to that innovation, participants were secreted away in an office with a single telephone that was only to be used to ask for the GBP/USD exchange rate once the USD fixing process had been completed.

Platinum and palladium, relative youngsters to the benchmarking system after being established in1989, were not similarly encumbered by the weight of history and banks chose to set the price in a virtual environment while still adopting some of the arcane language and traditions. That some of the original members were the Swiss banks based in Zurich probably helped in the decision that participants did not need to meet face to face to ensure that an appropriate price was arrived at. However, the terminology was consistent across all four metals – such as always giving the selling figure first, but most peculiarly, to outsiders, the notion of ‘flag’ whenever a declared position needs to be adjusted, discretionary balances and set multiples of participation (be they bars, lakhs or ounces). One thing that is certain in the various reviews that are being carried out into the benchmarking processes is that the word ‘fixing’ will be consigned to history. Sadly, the connotations are simply too much of a burden in the current environment. 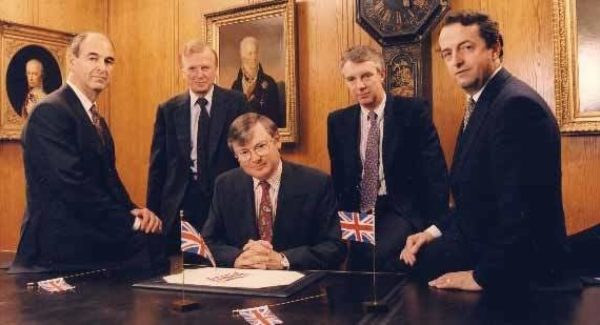 “The way it used to be. Representatives of the five gold fixing members, circa 1990.”

There is little doubt that part of the allure of precious metals to investors is that sense of tradition and permanence in a changing environment. Indeed, it has always been my contention that gold is not an inflation hedge, or many of its other claimed qualities, instead it is a hedge against uncertainty: a far more important property so that the metal can prosper in the seeming polar opposites of inflation and deflation. This sense of continuity remains vital and is deeply routed in the psychological connection that many investors experience when they invest in precious metals.

However, in a world where technology dominates our lives and the majority of people embrace the benefits that this brings, often in an unalloyed fashion, then it would seem that there is clear rationale to update the methodology used to set these important benchmarks. Unfortunately, the experience of our industry tends to suggest that change has been a function of necessity rather than choice. Perhaps unsurprising when most of the bodies that are charged with the various responsibilities that ensure the smooth functioning of the market have virtually no full-time employees. Instead, they exist on the goodwill and determination of individuals who strive to fit in a second set of responsibilities that sit alongside their primary: to the institutions (often banks) that actually pay them.

Obviously, the silver market was the first to review, and subsequently change, its methodology for setting the benchmark. Not as the result of an in-depth review of the process to establish best practice, but instead driven by the Deutsche Bank’s decision to relinquish its seats on both the gold and silver fixing. The gold fixing has existed several times with only four members, but it was thought, rightly so in my opinion, that in the case of silver, two participants simply did not represent a valid quorum to ‘fix’ a benchmark. Indeed, the opprobrium with which much of the financial community is now regarded meant that the need for change was clear and immediate.

After the London Silver Market Fixing Ltd’s decision to “cease to administer the London Silver Fixing with effect from close of business on 14th August 2014”, the LBMA “launched consultation in order to ensure the best way forward for a London silver daily price mechanism”. Ultimately, seven potential solution providers for a new silver benchmarking process were invited to present to bullion market participants on Friday 20 June. This meeting, coupled with two surveys carried out by the LBMA and an independent review carried out by me on behalf of my company G Cubed Metals Ltd, gave the market sufficient information to reach a consensus. Hence, on 11 July, it was announced by the LBMA that: “CME Group and Thomson Reuters have been selected to provide the solution for the London Silver Price mechanism.” The first occasion for the LBMA Silver Price, as it is now officially known, took place on Friday 15 August, where the participants were HSBC, ScotiaMocatta and new entrant Mitsui & Co. It is widely anticipated that the list of participants is likely to grow in the coming weeks and certainly before this article is finally published.

The London Gold Market Fixing Ltd (LGMFL) announced on 16 July that “with support from the LBMA it has commenced an RFP (Request For Proposal) process with a view to appointing a third-party to assume the responsibility for the administration of the London Gold Fixing.” The LGMFL clarified its position in a joint press release with the LBMA on 29 July and that “it will start soliciting proposals and open market consultation in late August”. Ultimately, the process was delayed a few days, and on Thursday 4 September, it was announced that the “LGMFL and LBMA are now inviting potential third-party providers who are interested in the RFP process” to join “an open RFP process and all possible solution providers are encouraged to engage”. 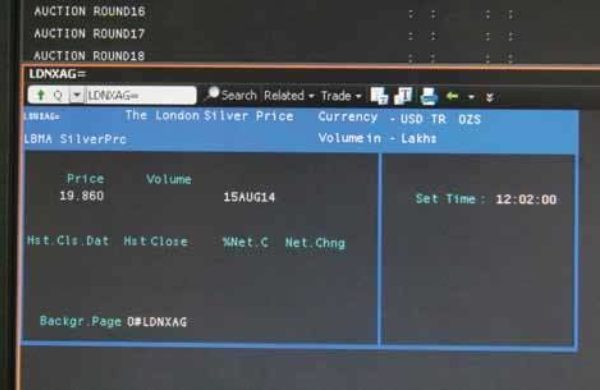 “Screen shot showing the first LBMA Silver Price on 15th August with the price set at $19.86”.

Similarly, to the consultation process around the new silver benchmark, all market participants were invited to complete an online market survey in advance of a seminar and a further market survey. The result is expected to be announced in October, with a new solution in place by year-end.

The London Platinum and Palladium Fixing Company Ltd (LPPFC) announced on 31 July that it “seeks an independent third party to assume responsibility for the administration of the platinum and palladium fixing process”. Expressions of interest had to be received by 6 August. A subsequent press release on 4 August announced that the LPPFC had appointed G Cubed Metals Ltd and myself as independent chair of the platinum and palladium fixings, and that I would also “support the Board’s assessment of responses to the RFP process…”. Potentially, by the time that this article is made available, that decision is likely to have been taken with the LPPFC having appointed a new administrator and potentially a fresh approach to setting the benchmark.

An outsider might query as to why four precious metals took three separate processes to determine the way in which the market set its benchmarks and was it a case of inefficiency? The simple, or perhaps lazy, rejoinder would be that the historic fixings were administered by three separate companies and hence all were required to make their own decision. However, having been closely involved in these processes, I think that this does a huge injustice to those involved. Yes, they wanted to make their own decisions but it was because all concerned were fiercely independent of thought and hence wanted the best for their facet of the market. So while that meant CME/TR for silver, it could be entirely different companies for each of gold and the PGMs. One thing for certain is that by the time this article is printed and read, the outcome of these reviews will be known.

What’s Next For The Market?

From the extensive conversations that I have had around the redesigning of the benchmarks, it seems many in the industry recognise that with the changes taking place, now might well be the appropriate time to analyse all features of the way in which precious metals are transacted.

Certainly, this is not meant to be exhaustive nor am I trying to set forward some sort of wish list or agenda. Instead, I am advocating that the industry get together and work out the best way forward for our market to remain relevant in the 21st century. We need to anticipate and embrace change.

After 30 years of working for some of the most prominent names in the precious metals market, including 9 years living in Asia/Pacific, Jon recently established his own consultancy company G Cubed Metals Ltd. His website, anticipated to be online in the near future, is www.gcubedmetals.com. He can be contacted on jon@gcubedmetals.com.