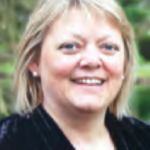 Over the past 30 years, the London Bullion Market has undergone a fundamental change. The interlocking network of businesses, many of which were born out of the gold rush of the mid 19th century and remained such a prominent force for much of the 20th century, may appear remote to the great majority of those now employed in the City, let alone worldwide. The aim of the Voices project is to capture, contextualise and explain this transformation. The project started in January and the research and recording of contributors’ ‘voices’ for the archive began in April. 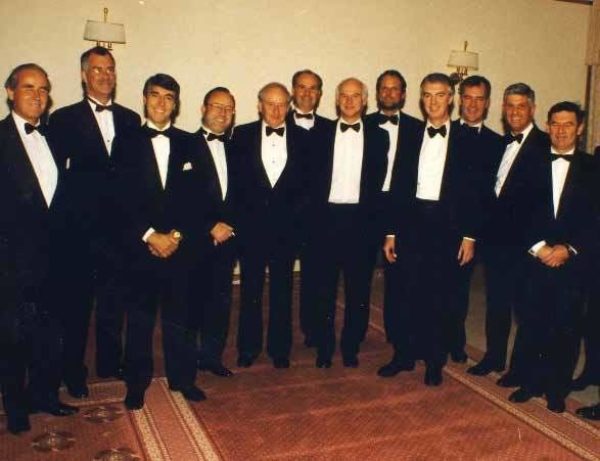 To date, more than 40 voices have been recorded. This number continues to rise. Through these interviews, the careers and views of a group of individuals employed in a variety of different roles connected to the bullion market have been recorded. They prove illuminating, reflecting the enjoyment and pride felt by those who have worked in the market, many of them for the whole of their working lives. Those who agreed to share their personal experiences were selected for their diversity, the time span of their experience and, in some cases, their recollection of how they traded gold when it was still priced at $35 an ounce!

“The recording locations ranged from the comfort of the London Bullion Market Association office near the Royal Exchange, to hotel lobbies and dining rooms, and once even to the shores of Lake Annecy.”

The recording locations ranged from the comfort of the London Bullion Market Association office near the Royal Exchange, to hotel lobbies and dining rooms, and once even to the shores of Lake Annecy. Accordingly, the sound quality for these recordings reflect the environment and background noises, which include the quarterly chime from the Royal Exchange bell, the clatter of dishes and traffic.

“Recurring themes included how, over time, behaviours had to adapt in order for companies to survive and meet the changing needs and expectation of clients.” 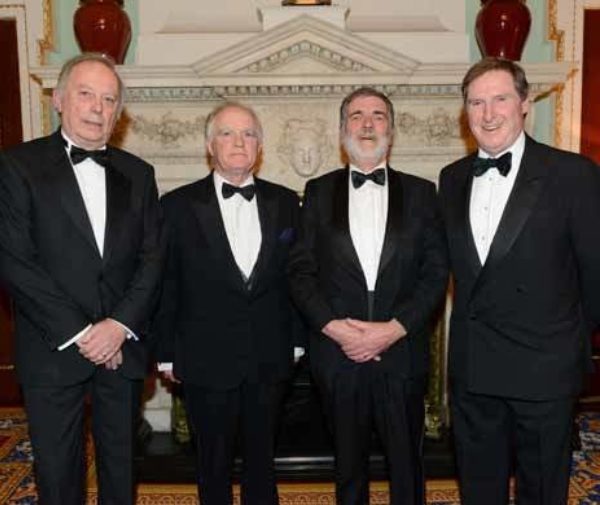 The original memorandum, incorporating the founding of the LBMA was signed on the 24 November 1987. Pictured are four of the signatories (left to right) Les Edgar, John Wolff, Neil Newitt and Robert Guy.

Popular topics covered included the role of the back office; the changing nature of the trading desk; technological advances; client relations; the ability to build genuine trust-based relationships; leadership frameworks; the influence people had on careers; the introduction of graduate recruits to the market; issues of gender; greater transparency without threatening confidentiality; increased regulation; the production of standard documentation; the internationalisation of the markets and how the digital transformation changed the business landscape globally. Recurring themes included how, over time, behaviours had to adapt in order for companies to survive and meet the changing needs and expectation of clients. Others spoke of global mobility, increased competition from emerging markets, endless overseas travel, seamless networks and corporate responsibility; while some observed the growth of business acumen and technical capabilities transcending the boundaries of geography, politics, race and culture.

Many remarked on the pattern of work and the variety of the working day, in particular the need to be prepared for any eventuality. Others spoke of colleagues who inspired them or recognised particular individuals for their achievements or ability to lead the market and make a difference while delivering results that benefited all. Professional relationships frequently spilled over into lives outside work. There were fond memories of a pint at the end of the working day, the friendly banter, competitiveness and rivalry between firms during games of cricket, and the annual LBMA golf day.

Frequently, specific events that appear in the history of the London bullion market were mentioned and examined; for example, the change in market tempo during the 1960s, particularly after 1967 when the market was woken from its peaceful slumber as international investors rushed to buy gold at $35, the price at which it had been fixed in 1934; the effects of the closure of the London bullion market for two weeks in 1968; the closure of the ‘gold window’ in 1971 despite the US Fed’s claim to defend the price of gold at $35 ‘to the last ingot’; the end of the embargo on gold ownership for US citizens in the mid 1970s and the anticipated high demand for gold purchases that failed to materialise; the Bunker Hunt silver scandal and its effect on the silver price and the London market; the gold price high of 1980 as it reached a remarkable $850; the collapse of Johnson Matthey Bankers and the implications that followed as the Bank of England took control of the bank’s affairs until a purchaser was found. Such events produced some of the most hectic trading periods in the history of the market, resulting in much scope for the making of both profits and losses. Career transitions, redundancies and moves to other firms featured highly. The doldrums of the 1990s and the subsequent Central Bank gold sales saw gold in the news. Since 2000, the attention of the market has been on regulation, regulation, regulation!

The aim of the project was not merely a nostalgic trip into memories of times gone by but to preserve the record of the evolution of the London Bullion Market Association, its structure, its place in the City’s financial system and its global presence. Capturing this information is of great value for research and analysis, including why, how and who was instrumental in the formation of the LBMA. Its work continues to grow as the needs of the market evolve. The LBMA has been instrumental in undertaking many activities on behalf of its members and the wider market, including setting good delivery and refining standards, the organisation of conferences and other events, and serving as a point of contact for the regulatory authorities. One of the high points of the project came in October when the present Chairman and emeritus Chairmen of the LBMA, together with present and past CEOs, were invited to attend a roundtable event that examined the role and functions of the Association and how these have changed over time. Each of the Chairs and Chief Executives were asked to talk about significant events they witnessed during their tenure and issues that spanned longer periods of time. A fascinating discussion ensued. By examining its past role and purpose, the seminar illuminated important, even crucial, questions for the Association today: for example, how it operates, how it funds itself, how commercial decisions are taken and who can make those decisions. Above all, the LBMA is concerned with its members. It draws on the expertise of those employed by its members, who have specific knowledge of certain areas of the industry and who are willing to serve as voluntary officers on the various committees of the Association.

“The aim of the project was not merely a nostalgic trip into memories of times gone by but to preserve the record of the evolution of the London Bullion Market Association, its structure, its place in the City’s financial system and its global presence.”

The Voices Project has addressed the lack of historical understanding and imperfect public knowledge of the success story of the London bullion market. The timing of this project sets it apart from previous studies into the history of the City and other markets. As you are no doubt aware, 2014 saw the end of the two long-standing traditions associated with the London bullion market. First, the daily silver fixing ceased, quickly followed by the daily gold fixing. New methods for setting daily benchmarks by electronic platforms were introduced. Change often leads to losses in tracing the history of an organisation; however, many of those interviewed at some point in their career had taken part in the daily fixing ritual and spoke openly on the subject. There has been much change in recent years in the fabric of the City and this dynamism has been captured.

“The collection will be archived and subject to interviewee consent, made available at the London Metropolitan Archive for consultation by researchers and historians.” 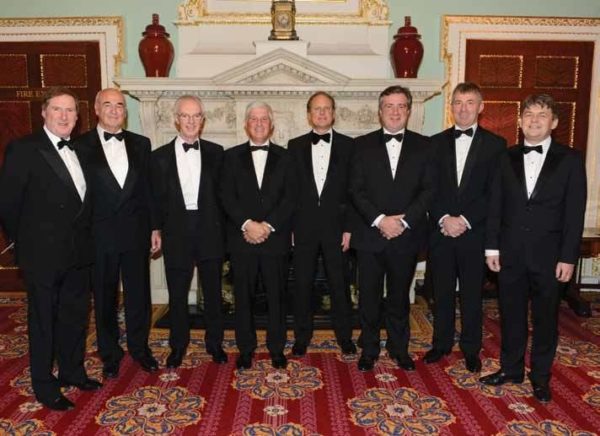 Oral history is a uniquely useful tool for collecting personal testimony, gaining insight into and reflecting on the past. The project sought to track the network of energies and influences, professional training and interactions that have shaped the bullion market. A life story approach was taken, offering a more rounded view of the individual and their contribution to the market. The contents of the one-to-one audio interviews, averaging 60 minutes in length, broadly cover the family background, education and career of the individual. The collection will be archived and, subject to interviewee consent, made available at the London Metropolitan Archive for consultation by researchers and historians.

I am indebted to all those who have so far taken the time to record their individual memories and to those who have contributed memorabilia and photographs that will enrich the collection and enhance the understanding of the market. I would like to thank the management committee for choosing to support the project, as well as Ruth, Stewart and all the staff at the LBMA for their support, patience and for allowing many of the recordings to take place at the London offices. The LBMA would like to continue to expand the collection. Should you wish to contribute, please contact voices. project@lbma.org.uk to arrange a suitable time for your recording, or if you would prefer to make a written contribution, a list of set questions can be provided on request.

Is a visiting Research Associate at the Institute of Contemporary British History (ICBH) at King’s College University. Michele is a Research Consultant for the LBMA, currently engaged on the oral history project ‘Voices of the London Bullion Market’. As part of a collaborative doctoral award granted by the Art’s and Humanities Research Council, she was based at the Rothschild Archive. Her doctoral research focused on the Royal Mint Refinery, operated by N M Rothschild & Sons between 1852 and 1968, and how it adapted to the changed London gold market.

Her areas of interest are in financial and business history with special regard for the actors and networks located in the London market.

She teaches on the MA in Contemporary British History and assists with the Witness Seminar Programme. She sits on the Business Archives Council Executive and is involved in the annual ‘Meet the Archivists’ workshop held in the City that aims to explore ways in which research students can identify and use business records in a variety of different research fields.