The Royal Mint can trace its history back to 889AD when there became a need for a common currency across the UK. In 1250, the first centralised mint was created and due to the high security needed, it was located within the Tower of London. There the mint remained until 1812 where an expanding demand for UK coins caused the mint to move next door to Tower Hill. 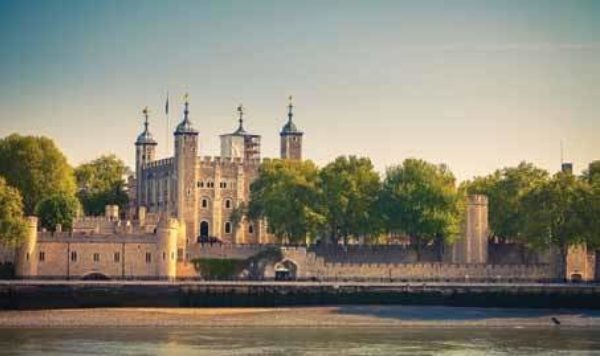 The Tower of London

In the 1880s, the factory buildings were reconstructed and extended, with new coining presses installed, and melting and rolling capacity increased. Further rebuilding was undertaken at the turn of the century, steam gave way to electricity, dwellings were taken over, and the work of construction and renovation became a continuous process as The Royal Mint endeavoured to cope with an enormous increase in the demand for coin at home and overseas. By the 1960s, little of the original mint remained apart from the dignified Smirke building and its gatehouses in the front.

The need to rebuild The Royal Mint had been recognised in the 1950s, but it was the task of striking hundreds of millions of coins in readiness for decimalisation in 1971, while at the same time not neglecting overseas customers, which brought matters to a head. In 1967, it was announced that a new Royal Mint would be built at Llantrisant, some ten miles from Cardiff, thereby according with government policy of transferring industry from the capital to development areas. Work began on the site almost at once and the first phase was opened by Her Majesty The Queen on 17 December 1968.

Once the initial requirement for decimal coins had been satisfied, production was progressively transferred from Tower Hill to Llantrisant. Melting, rolling and blanking facilities were completed and commissioned in 1975, and with the new mint capable of the full range of minting activity, the last coin, a gold sovereign, was struck in London in November of that year. The Tower Hill buildings were finally relinquished in 1980.

“The new mint, set in rolling green Welsh countryside on the edge of the Rhondda Valley, occupies an area of more than 30 acres.” 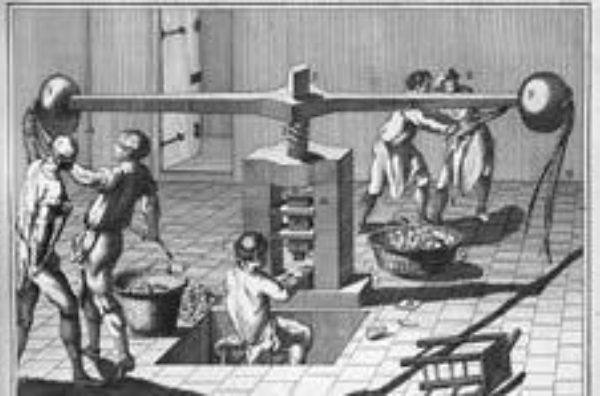 The new mint, set in rolling green Welsh countryside on the edge of the Rhondda Valley, occupies an area of more than 30 acres. Its modern buildings house some of the most advanced coining machinery in the world and it has a larger capacity than any other mint in Western Europe.

Security – a game of cat and mouse

With almost all coins made of gold and silver up until the 20th century, security and protection has always been a key priority of the mint. With the incentives to counterfeit money being exceptionally high, there has been a long-running game of cat and mouse between The Royal Mint and the counterfeiter. Technological innovation and mechanisation have proven to be key approaches to ensure The Royal Mint stays one step ahead of the counterfeiter.

One early example of this can be seen in the introduction of a screw press. In the picture above, you can see an original screw press from the late 1600s. With the mechanisation of minting came the ability to create thicker coins and the introduction of major security features such as edge lettering and milling. These two techniques went some way to protect against the major counterfeiting issue of the time – clipping, whereby small amounts of gold and silver were trimmed from the edge of each coin before being passed on as whole. 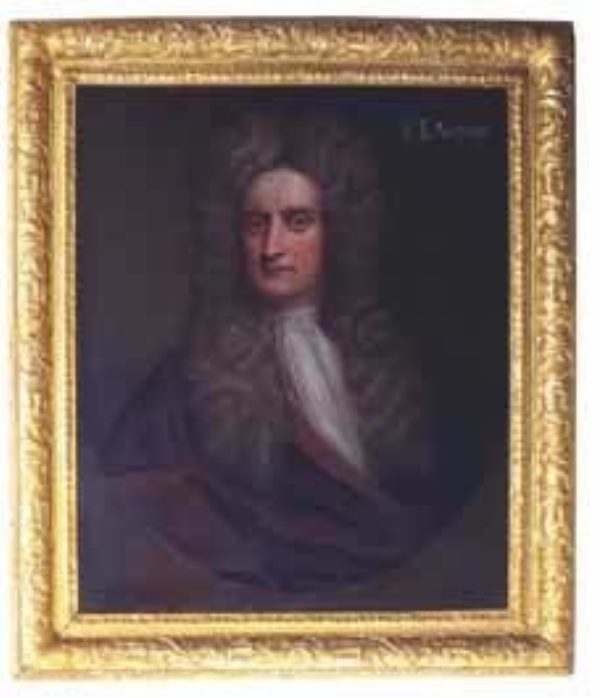 Sir Isaac Newton (pictured below) was appointed Warden of The Royal Mint in the spring of 1696 on the recommendation of Charles Montague, Chancellor of the Exchequer. Public office was new to him, but nevertheless it was an opportunity that he had sought, and Montague’s letter of 19 March 1696 notifying him of the king’s promise of the vacant post of Warden would not have been unwelcome.

The Royal Mint was then in the Tower of London and it was accordingly to the Tower that Newton came in April 1696 to take up his new duties. It was a time of great activity, for The Royal Mint was grappling with the recoinage of old silver coins dating back to the reign of Elizabeth I and beyond. Auxiliary mints were being set up in various parts of the country, and Newton was quickly caught up in the pressure of the moment. The enormous operation was completed within three years, leaving Newton more time to devote to his main duty of investigating and bringing to justice those who clipped and counterfeited the coin of the realm. His major contribution was to really focus on the overall quality and consistency of the coins that were being made. His belief that the higher the quality of product produced, the harder it would be for a counterfeiter to copy still holds true today and is a fundamental principle that is still applied at the mint.

In 1699, the post of Master of The Royal Mint fell vacant through the death of Thomas Neale. Though technically less senior than that of Warden, it was a more lucrative post because the Master acted as a contractor to the Crown and profited from the rates at which he put the work out to subcontractors. The Mastership was offered to Newton and he took up its duties with effect from Christmas Day 1699. Surviving the political upheavals of those troubled times, he remained as Master until his death in March 1727.

The Trial of the Pyx

Since at least 1282, coins produced by The Royal Mint have been independently checked in a proceeding known as the Trial of the Pyx, which takes its name from the pyx or box in which were kept the sample coins set aside for testing. This is similar to the role the LBMA plays in the Good Delivery system.

Today, the Trial consists of an examination by a jury entirely independent of The Royal Mint to ascertain that the precious metal and cupro- nickel coins made by The Royal Mint are of the proper weight, diameter and composition required by law. The Trial is convened annually and carried out by the Goldsmiths’ Company of the City of London, which provides a jury of Freemen of the Company. The jury is sworn in by The Queen’s Remembrancer, a senior judge, who presides over the Trial in accordance with directions issued by the Treasury.

The picture above shows something called a trial plate. The trial plate has a confirmed fineness of gold and is used as a control sample against which all the coins are tested.

This was first introduced at scale in 1660 and is added to the coin blank prior to the final minting process. Whilst looking simple, it is technically challenging to create at a consistently high quality. 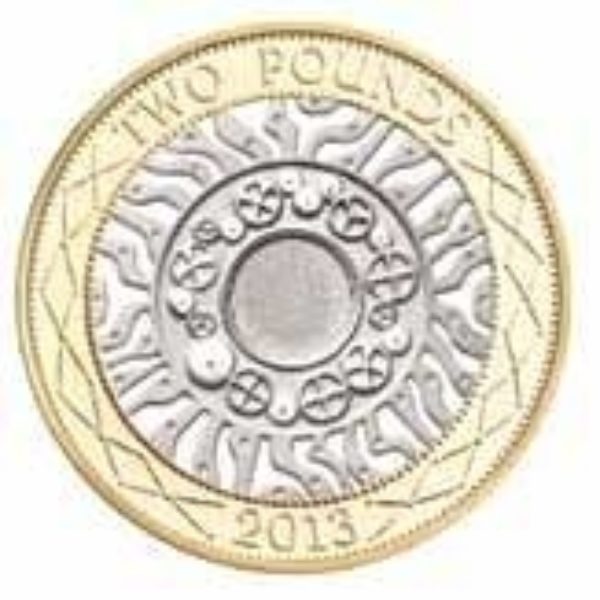 A relatively recent addition to the security matrix, a latent feature allows two images to be combined into one area. The different images appear as you turn the coin. This feature is added to the production tooling, allowing very large quantities of coin to be produced at high speed without stopping.

A high-tech security feature struck into the coin design that significantly deters counterfeiting. A complex and detailed pattern is cut expertly into the coin tooling. The result is an intricate and secure design on the coin that moves and changes when the coin is tilted. It provides the public with a quick and easy anti-counterfeit test and reassurance of the coin’s integrity. 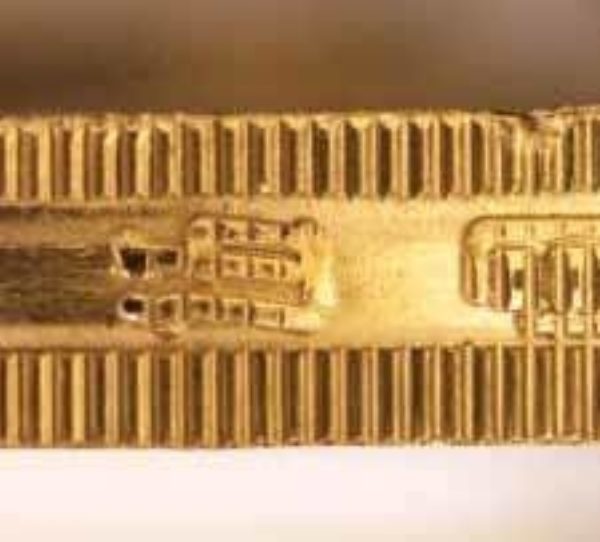 Raised edge lettering and beading in a groove

This feature was developed by The Royal Mint to be visually appealing whilst being technically challenging to recreate. The hardest aspect is the need to move significant amounts of metal towards the edge of a coin whilst achieving a high definition finish.

This feature offers a high level of visual security and is extremely difficult to replicate or counterfeit. This security feature was developed within the Royal Mint to provide a significant enhancement in on-going overt coinage security. 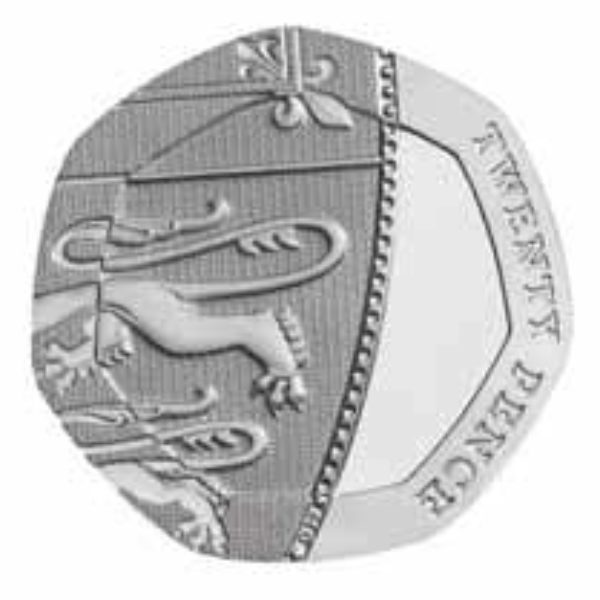 The introduction of new cutting techniques for steel tooling coupled with improvements in computer-aided modelling have enabled the coin designer to incorporate detail not previously possible and similar to a banknote in complexity but with the added benefit of being in three dimensions.

Fine engraving delivers a security feature similar to that seen on banknotes, with the added benefit of 3D design.

Covert security refers to features that are not visible when looking at a coin. Whilst they are not used day-to-day by consumers, they provide an additional set of protection and validation features that are useful when coins interact with technology such as vending machines.

The electromagnetic signature of a specific metal alloy is a simple and effective way to validate a coin’s composition. This technique is widely used in vending machines, and in addition to size and weight, coins are distinguished by their metal composition. When passed through a small electromagnetic field, each coin creates ripples or other disturbances that can be detected and analysed. Different combinations of size and metal cause distinct patterns when the coins are passed through such a field. The distinct pattern of a particular coin is called its electronic signature. If a coin does not match a known set of signatures stored in the vending machine’s computer, it is rejected.

“The Royal Mint is proud to introduce the next innovation in coin security – a security feature for coins that puts it on a par with passports and banknotes.” 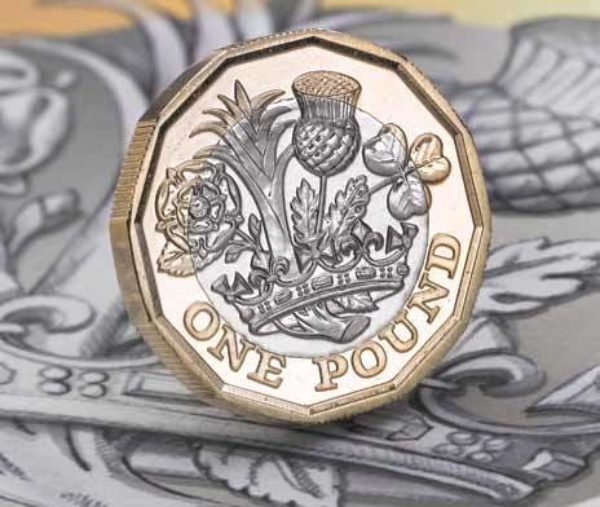 The prototype of the new £1 coin.

The next innovation in coin security

The Royal Mint is proud to introduce the next innovation in coin security – a security feature for coins that puts it on a par with passports and banknotes. The feature is covert so there is no way to identify it just by looking at a coin. The security feature is incorporated within the plating layer of the coin. The feature is embedded consistently throughout the plating layer, making it resilient to wear and able to last beyond the typical 20-year lifecycle of a coin. The feature has been proven at the required high pressures associated with coin production whilst also being destroyed as part of the smelting and destruction process to avoid any issues with contamination. Of particular importance to the coin industry is the ability to sort coins at very high speed without the need to reference a third-party database. This new security technology can validate coins without reducing current machine sorting speeds.

The new UK £1 coin is due to launch in 2017 and will incorporate a number of security features, including at least two alloys, micro-dot and latent feature technology, an intermittent milled edge and of course the new covert high security feature.

With its multiple levels of security, we’re proud to describe it as the most secure circulation coin in the world.

The Royal Mint has been battling the counterfeiter for many centuries and has used its security and validation expertise to stay one step ahead.

David is Head of New Business at the Royal Mint and is responsible for creating and developing new concepts and opportunities that leverage and extend beyond the traditional coin manufacturing base. He has previously held the roles of Head of Strategic Marketing & Head of Product Development.

The Royal Mint is the world’s leading export mint, making coins and medals for an average of 60 countries every year. One of the world’s oldest and most venerable organisations, with an unbroken history of coin production that dates back over 1,000 years. Throughout this time our reputation for both integrity and accuracy has always endured. This proud heritage means that bullion coins from The Royal Mint remain a byword for trust and reliability all over the world.