India has significant problems as far as its gold stocks are concerned. It is estimated that the public has stockpiled more than 25,000 tonnes of gold. Each year, India imports between 800 and 1,000 tonnes of gold for domestic consumption, out of which an estimated 300 tonnes is for investment purposes. In terms of value, gold is the second-largest import commodity, next only to petroleum. 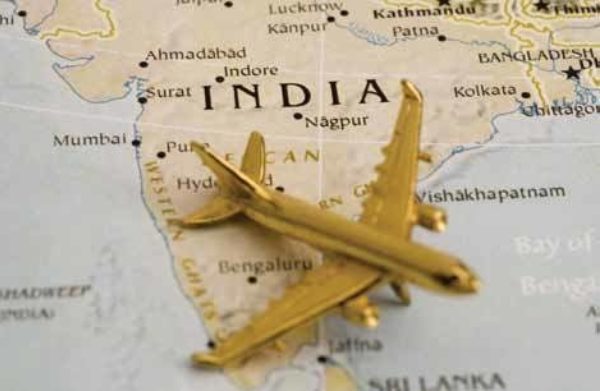 These factors have created significant pressures on regulators in India to:

Since 1962, there have been a number of schemes designed to divert gold investment towards more productive economic assets, mainly government bonds. Small saving schemes were launched by the government to target small investors and farmers (through post offices and agents) and dissuade them from investing in gold. However, such approaches by economists or politicians have resulted in little improvement.

Gold imports and the holding of primary gold was banned from 1962 to 1992. And even today, gold imports are subject to restrictions. In the last two years, there have been many new schemes to restrict gold imports, including a dreaded 80:20 scheme. Dore is imported at a premium rate into India, yet gold jewellery from certain countries is subject to much lower rates of duty.

“In the last two years, there have been many new schemes to restrict gold imports, including a dreaded 80:20 scheme.”

This article discusses two schemes planned by the government as a potential long-term solution to India’s bullion import problems.

The current government has announced two schemes, the Sovereign Gold Bond Scheme and Gold Monetisation Scheme, for public consultation, in order to reduce gold imports into India and divert investment to more productive areas of the economy. The main features of each scheme are summarised below and table 1 compares the features of the Gold Deposit Scheme, which is currently in operation, with the proposed Gold Monetisation Scheme.

This scheme is designed to reduce the current and future hoarding of gold. We believe it will succeed in this aim because it is very convenient for a typical gold customer to participate in it, particularly since the minimum values to participate in the scheme are low.

The main features of the scheme are:

The main advantages to investors are:

Under this scheme, any cost of operation or promotion would be on the government’s balance sheet and this would make it very easy to market and launch. There are no additional costs associated with launching the scheme as the infrastructure required is already in place.

This scheme will drive away all retail investors from gold ETFs in India as this is a paper gold, which would give interest over and above the gold rate benefit, while an ETF would have load (in India, the load is between 1% and 2.5% negative interest). Gold ETFs have been on a downward trend, but this scheme may give it a death blow in India.

In the past, many jewellers used to run similar schemes that allowed people to participate in a GAP run by a jeweller or to buy a Gold Deposit Certificate from a jeweller. There were many ‘mom and pop’ stores who had each collected for their use gold in quantities above 100 kgs. This scheme is simply an institutionalised version of what people had been doing before.

This scheme is designed to collect gold from the stock that is held by Indian households, trusts and temples. It is largely based on a scheme that is currently run by the banks called the Gold Deposit Scheme.

Under the new Gold Monetisation Scheme, it is planned to reel in hallmarking centres so that investors can know what the purity of the gold is and therefore understand the value of the jewellery. This allows them to make judgements such as whether to withdraw their holdings at any point they choose.

Another feature of the scheme is that local refineries will be required to reduce the time taken to refine the gold deposits received and to issue certificates to depositors.

Another change to the current Gold Deposit Scheme is that the minimum amount of gold that can be deposited has been reduced from 500 gms to 30 gms.

The main reasons why the Gold Deposit Scheme has not worked are:

At present, there are various local taxes levied for all commodities (gold and jewellery are both defined as commodities). When moving from one state to another in India, each city imposes its own local levies, such as octroi, which adds to the costs.

There is no platform available to hedge duty movement and, as such, this will have to be done with the assistance of the government.

Another major drawback for the Gold Deposit Scheme has been that the banks that have to run the schemes would prefer to borrow gold from the international market at 1% per annum, rather than working with a large number of retail domestic investors. For example, if a bank accepted a gold deposit of 100 gm from ‘x’ on 1 January 2012 when duty was 2%, this gold might have been sold/priced with a market participant on 27 February 2012 at the market rate at that time and hedged for gold rate and INR/USD exchange rate. If the import duty increased to 4% on 1 March 2012 (the current rate is 10%), this would represent a loss of 2% to the bank because it has a liability on maturity to replace the gold at local rates.

The initial cost of marketing and balance sheet costs were a financial burden on commercial banks and, as such, they were not interested in promoting the Gold Deposit Scheme.