Fifty Years on the Gold Trail

While he was at Cambridge, where he studied history and edited the University newspaper, Timothy Green began to write as a journalist. He then joined the London office of Time-Life, where he was a writer working with some of the great LIFE photographers. Here he looks back on his long career in the gold business. 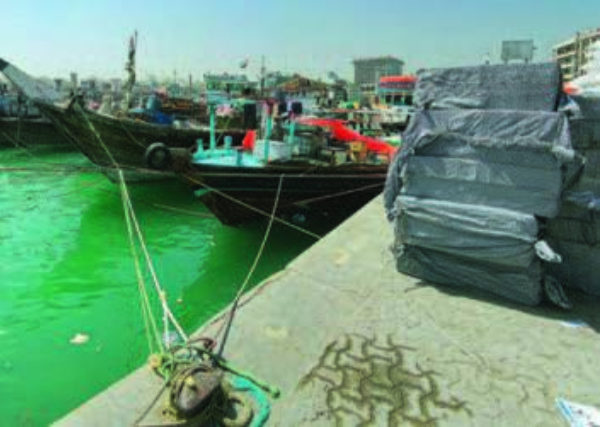 Traditional freight boat shows on the creek in Dubai

My interest in gold stems from an article I wrote in 1966 for the American business magazine, Fortune, on the London gold market and the private buying of gold. In my research, I looked for an authoritative book. There wasn’t one, so I wrote it. I spent two years researching for the World of Gold, setting off on the gold trail around the world, tracking the metal from London to Switzerland, Beirut and Dubai (then a mere creek, with dhows loaded with tola bars secretly headed for Bombay), then checking in through Hong Kong and Tokyo before turning down to South Africa, which at that time accounted for 70 percent of gold mine production worldwide. You see no mention of the Americas, because American citizens had not been allowed to hold any gold privately since 1933 (and would not be able to do so until 1975).

Meanwhile, when my book came out in 1968, it coincided with the historic change that saw the gold price freed to float on the London market in contrast to a fixed price, which had prevailed, often for centuries at a time. The world of gold changed for ever. Previously, people had held gold for protection, now they sought profit. And the whole gold market from then on must be seen in that new light. The rapid expansion of the gold market in the 1970s happened once Americans could again hold gold.

As I reflected in a new book in 1980, the gold business had been transformed more radically over the previous decade than at any time since the great gold rushes of the 19th century. Not only was there a renaissance in gold mining everywhere from Australia, Brazil and Canada to the United States and Zimbabwe, triggered by the high prices of the 1980s, but the establishment of new markets in Hong Kong and New York created a worldwide trading game. And a host of new players were attracted by the possibility of making money through the volatility of the price, which could fluctuate by $50 or more in a single day (whereas before it was stable for centuries at a time). The gold price moved from $35 in 1970, to $850 in 1980 and to $350 in 1984, and the whole landscape had transformed.

My role also had been transformed. I set out originally as a journalist, but my book had attracted the attention of David Lloyd-Jacob at Consolidated Goldfields, who then instigated an international research project on budding gold markets and the impact they might have on markets for South African production. He took me out to lunch and offered me a territory from London to Hong Kong to make friends in local gold markets and find out about local demand. From that was born the unique GFMS research team, which survives today and will celebrate its 50th report next year. For me, this led to 30 years of travel from the souks of Saudi Arabia and then onto India where I built relationships with the Bombay Bullion Market and the local gold hero Madhusudan Daga. Every year, Daga met me in Bombay, off the plane from Dubai, eager for clues on how much gold was going through Dubai. Amusingly, Indian customs also invited me in for coffee on the spot to hear what the gossip was.

For the next 30 years, I spent four or five months of the year on the road, or rather in the air, visiting local gold markets, particularly in the Middle East, including Beirut, Saudi Arabia, Dubai and all the Gulf states, as well as India and Thailand, where I flew up from Bangkok to Vientiane in Laos on a plane that took gold to the local branch of Banque l’Indochine. An armoured car from the bank took the gold from the plane and so I was able to assess local demand for jewellery and investment. If the souk there was busy with eager local people buying gold and jewellery, you sensed that the price of gold was deemed to be low. But if the souk was quiet that meant that the price was near the top.

“Previously, people had held gold for protection, now they sought profit. And the whole gold market from then on must be seen in that new light.”

Over the years, I grew up with many souk families all over Asia who would pass me on to the next generation with the advice ‘tell Mr Green what he needs’. Actually, that happened with many families also in Dubai and the Gulf. We all grew up together.

And it was around this time that the LBMA grew as a unique leader for the gold industry. At the same time, of course, the gold business widened using new technology and even deviating increasingly, to my mind, into a situation where the last thing anybody wanted was to actually hold the bullion itself.

Derivatives became all important, resulting in books on derivatives, including one from our own small publishing business in a title called The Derivatives Revolution, with Jessica Cross as author which was part of a series called New Frontiers in Gold. It announced that ‘it answers all your questions on forwards, funds, futures, gold loans, hedging, options, spot deferreds and warrants’. We sometimes received panic-stricken faxes ordering this book from South Africa and other gold- producing countries for delivery by air for the next week’s board meeting, so that the directors received a copy each to work out what it all meant.

“China became more interested again in gold in the 1980s through issuing new coins of its own, which it hoped to export.” 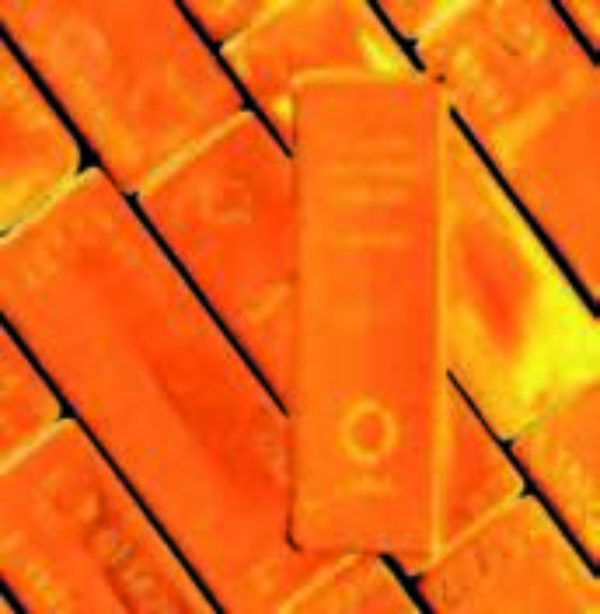 Meanwhile, on the physical gold front, there were some interesting newcomers, notably China, which had been a gold producer back in the year 1,000AD when it has been estimated that it produced about 400 tonnes spread over a few decades. But then China switched, until modern times, to a preference for silver. China became more interested again in gold in the 1980s through issuing new coins of its own, which it hoped to export. It was therefore eager to make contacts with the international gold market and I had an opportunity, based on the reputation of the GFMS annual gold surveys, to visit the central bank in Beijing. They sent a car to my hotel the morning after I landed to take me to the central bank where we talked the whole morning, with the Chinese asking me questions about the international gold market and how they might be involved. They were reluctant to tell me anything about China’s gold scene. I had to calculate from their questions what their thinking was. Then they took me to a lavish lunch, followed by a thorough tour of Beijing. From then on, we had a useful relationship. Their real interest proved to be how they could get mining advice and possibly finance from South Africa. 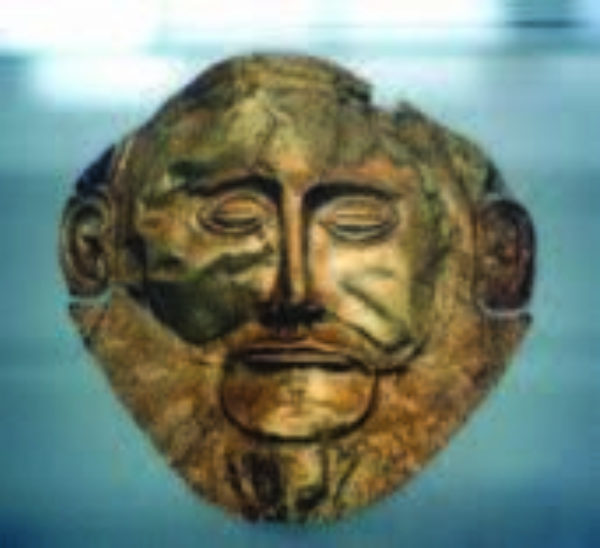 Gold funerary mask, Mycenae c1600-1500 BC reputed to be that of Agamemnon, legendary king of Mycenae and leader of the punitive Greek expedition against Troy.

In tandem with all this activity, the LBMA became an international institution with annual gold conferences worldwide, in the United States, Dubai, Tokyo and even Peru. By this time, in the late 1990s, I had retired from my travels for the GFMS annual gold survey. My last conference speech was at the LBMA conference in 2000, which appropriately was in Dubai, where I originally sailed up the creek all those years before. The new Dubai overwhelmed me.

I then took the opportunity to go back into the history of the London gold market. I tracked the chronology of the London market from 1663 to 2010 with much help from the Bank of England’s library. This embraced everything from the introduction of the guinea in 1663 (named after Guinea on Africa’s gold coast) to identifying in 1671 that Moses Mocatta moved from Amsterdam to London, establishing the oldest member of today’s market (now Scotia Mocatta). Moses Mocatta first shipped gold to India with the East India Company in 1676, shortly followed by the establishment of the Bank of England in 1694. The Bank became the heart of the gold business in London for the next 300 years. This chronology was building a global brand for gold. The report was called The London Good Delivery List. Building a Global Brand, published by the LBMA in 2010.

I had retired from reporting on the gold market, but that then gave me the unique chance to research the history of gold from earliest times through the last 3,000 years. So, I spent the next five years on the trail of gold’s history for a new book, The Ages of Gold, which covered the mines, markets, merchants and goldsmiths from Egypt to Troy, Rome to Byzantium, and Venice to the space age. My travels took me from the gold-encrusted tomb of Philip of Macedon, the father of Alexander the Great, near Thessaloniki, to the treasures of Troy in the Pushkin Museum of Fine Arts in Moscow. The Ages of Gold was published by GFMS, with the support of Philip Klapwijk, Executive, Chairman of GFMS.

The greatest pleasure in researching The Ages of Gold was that my wife was able to join me in museums and ancient sites to admire gold’s legacy. I shall always remember the morning, shortly after dawn, when we stood alone on the hilltop of the palace of Knossos on Crete, looking out on the landscape of Cyprus trees and olive grows below, little changed since Minoan times 3,000 years before. It was an exceptional experience to link the modern world of gold with the ancient one.

Timothy Green, Author and Journalist has been writing about gold for 50 years. His first book, The World of Gold, came out in 1968 and was revised several times. He also wrote The Gold Companion: The A-Z of Mining, Marketing, Trading and Technology for the Swiss company MKS Finance SA. His latest book, The Ages of Gold, on the 6,000 years’ history of the metal, was published in 2007 by GFMS, the precious metals research company, for whom he was also a consultant on world gold markets for three decades. In 2010, he wrote Building a Global Brand, The London Good Delivery List 1750-2010 for the LBMA.