Since the end of the gold standard in the early 1970s, gold’s role in the world economy has closely tracked periods of economic and political turmoil, expanding when confidence declines and retreating when confidence returns. The rise in demand for gold among investors, savers, central banks and consumers since the onset of the financial crisis in 2007 owes much to the safety and liquidity of gold relative to other assets. Over the last few years, the negative yields on large portions of other traditional safe assets such as government bonds have further increased gold’s attractiveness and reduced the opportunity costs of holding this non-yielding asset. The sensitivity of gold to developments in the broader global economy creates both opportunities and challenges for the various sectors of the gold industry.

This year, gold miners have been caught between opposing financial forces. While they have benefitted from growing demand, which has contributed to price increases of around 27% since January, they have also been vulnerable to signals over US monetary policy. The prospect of a further interest rate rise later this year strengthened the dollar in August and weakened the outlook for gold prices and mining shares.

On the consumer demand side, the rapid growth of Chinese gold retail investors has been driven in part by volatility in China’s stock and property markets, which have previously provided the two main sources of investment for domestic investors. Since last summer’s stock market crash, gold has made significant headway, aided by a rapidly growing array of investment products, including exchange traded funds and gold accumulation plans, although it partly reflects weakness elsewhere in the economy. 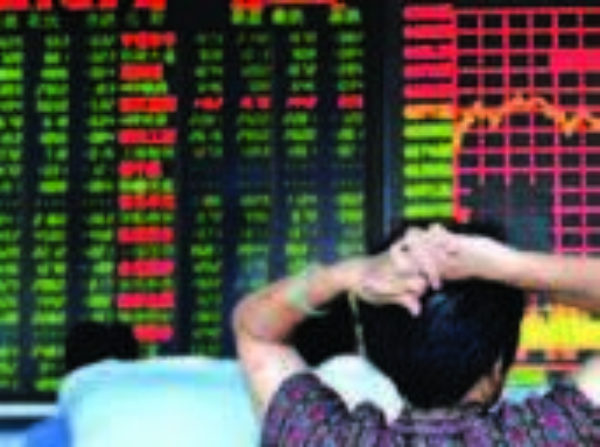 On the central bank front, Russia has stepped up its gold purchases and has sold dollars and other reserve currencies as it seeks to reduce its dollar liabilities, leading to the highest share of gold as a percentage of its official reserves since early 2000, at 16.2%. Kazakhstan has also increased its holdings substantially and has banned gold exports. Turkey has incentivised commercial banks to purchase more gold from the general public and deposit it at the central bank, and of course China has been steadily accumulating gold in part as a way to stabilise the renminbi ahead of its inclusion in the IMF’s special drawing right reserve currency from 1 October. At the same time, developed country central banks have stopped selling their gold reserves, reducing the available supply.

OMFIF has covered this topic extensively over the last few months, producing two in-depth reports, the ‘Seven ages of gold’, tracing central bank policies on gold since 1835, and the Global Public Investor 2016 report on the growing use of gold by public sector investment institutions. 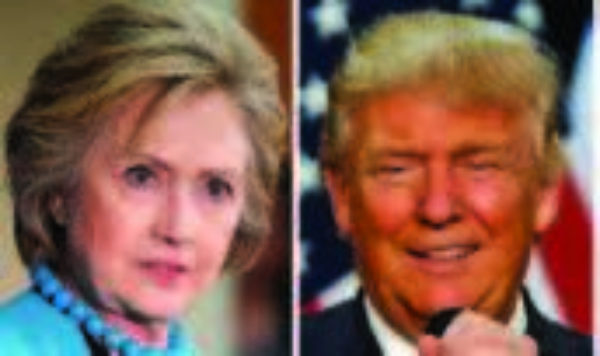 As the above examples show, the sensitivity of gold demand to economic and political uncertainty is an important factor driving markets. The global economy faces a series of challenges over the next few years which may have implications for gold and other precious metals.

The UK’s decision to leave the EU on 23 June sent gold prices soaring as investors moved out of sterling assets, which fell by around 15% in the weeks following the vote. The uncertainty over what relationship the UK will have with the EU is delaying investment decisions across the continent and weighing on market sentiment, auguring a period of underperformance for assets from stocks and corporate bonds to property, and of potential weakness for both sterling and euro.

The longer-term impact this will have on gold depends in part on the response of the European Central Bank and Bank of England to the post-Brexit challenges. A £10bn, 18-month corporate bond purchasing programme announced by the Bank of England in August could help boost confidence and limit the shift out of these assets into safe havens such as gold (similar programmes by the ECB managed to stabilise markets following their announcement). The cut in interest rates to 25 basis points, however, and the falling yield on government bonds could see greater demand for gold. Future stimulus measures by the ECB to offset the impact of Brexit could have a similar consequence.

A bigger risk may be the weaknesses in European banks, which could drive the next euro crisis. Low interest rates have hit bank profits and share prices across the continent and could limit future lending. The size of bad loans in Italy, the hardest hit country, is around€360bn. The interlinkages between European banks, and the overdependence on banks rather than capital markets for raising funds in the EU, suggest that a banking crisis, or even the threat of one, could have a significant negative shock. Meanwhile, with sovereign credit ratings at risk of a further downgrade, European sovereign bonds may become less attractive, boosting demand for gold.

These financial challenges are exacerbated by political ones, with a series of national elections and referenda due to be held across Europe before the end of next year. Presidential and general elections in France, Germany and the Netherlands (all countries that are fighting rising anti-EU sentiment) and a referendum in Italy later this year that could topple President Matteo Renzi provide ample opportunity for confidence to suffer further setbacks, which may have an impact on gold demand.

The US election campaign has raised concerns over what a Trump presidency would mean for the US and global economies. Talk of trade wars, protectionism and confrontation over currency values, in particular with China, mean a period of uncertainty may be ahead. It is not clear whether, if elected, Trump would be as confrontational as he has been during his campaign. Domestically, however, Trump has outlined an economic plan that would see higher borrowing, a larger debt-to-GDP ratio, a weaker dollar and interest rates that are lower for longer. All of this is likely to be felt in financial markets.

These cyclical factors have played a large part in gold demand and prices this year, with gold ETFs posting a record 568 tonnes of demand in the first half of the year. This demand has been concentrated in Europe and the US, reflecting uncertainty in those markets. The size of the ETF market in China, though growing quickly, is still relatively small. The majority of demand there is for physical gold could increase as China’s economy slows down and other investments prove more risky (although gold demand could be hit by weaker consumer spending as economic growth falters).

In India, which vies with China for the position of the largest gold market, demand tends to track confidence rather than pessimism. Markets were rattled earlier this year when the governor of the central bank, Raghuram Rajan, announced that he would not serve a second term. The rupee weakened against the dollar and increased the price of gold in Indian markets by an additional 2 percentage points relative to the dollar price, contributing to weak jewellery demand. Rajan’s efforts to tame inflation, resist political pressure to cut interest rates, maintain the independence of monetary policy and address India’s unhealthy bank balance sheets provided a period of stability and confidence. This helped India maintain growth of around 7% over the last few years, boosting household incomes and attracting foreign investors – India is now the largest destination for FDI in the world. The appointment of Urjit Patel as Rajan’s successor, who supported these policies as deputy governor, helped to reassure markets of continuity and stability, and helped strengthen the rupee.

This should be positive for jewellery, one of the largest sources of gold demand. With demographic trends expected to result in an estimated 15 million weddings a year in India over the decade, demand for gold, which features prominently in such ceremonies, will be heavily influenced by the country’s economic prospects.

India’s positive growth projections could however be upset by higher prices for oil and other commodities, of which India is a large net importer. Private consumption, including gold demand, has been boosted by falling inflation over the last few years, which is, in part, a result of lower import prices. As a net importer, China has also benefitted from this trend. However, oil prices have risen above $50 a barrel several times this year and remain substantially higher than their January low. Along with a stronger dollar as US interest rates rise, this could mean that higher dollar-denominated commodity imports reduce Indian and Chinese spending power, which will impact on gold. A rise in oil prices could, however, see increased gold demand in the Middle East, which has fallen substantially over the last year.

Longer term, two trends will be important factors for gold’s performance. The first is that the low interest rates, disinflationary pressures and low yields that have made gold an attractive investment are creating strains for institutional investors such as pension funds and insurance companies. While gold may offset some of the nominal losses of low or negative yields, its lack of return – and the vulnerability of prices to market sentiment – mean it is not a long-term solution for those kinds of investors.

Second, investors that piled into gold to protect themselves from negative yields may have a shock when yields and interest rates eventually rise, and they find they are holding large amounts of non-yielding assets at a time of rising costs. The outlook for gold therefore faces substantial risks. As investment takes up a growing share of gold demand, especially from hedge funds, ETFs and others, prices may become more volatile and more sensitive to monetary policy announcements. US investors pulled over $600mn from commodity funds in the last week of August alone in anticipation of the next rise in US interest rates. Meanwhile, there are substantial concerns over the effectiveness of future monetary policy stimulus in the EU, Japan and UK, given the already low rates and the shortage of assets for central banks to buy in any further quantitative easing programmes – in August, the Bank of England failed to find enough gilts to fulfil its purchase quota.

“The interlinkages between European banks, and the overdependence on banks rather than capital markets for raising funds in the EU, suggest that a banking crisis, or even the threat of one, could have a significant negative shock.”

As global monetary policy divergence continues, the dollar price of gold is likely to rise relative to other currencies, increasing the cost and weighing on jewellery demand in markets such as India, China and the Middle East. The uncertainty of the global economic context, which makes gold an attractive investment, thus carries with it many risks that could negatively affect overall demand. The growing demand for gold as a safe-haven asset is neither a good sign for the global economy nor necessarily for the long-term prospects of gold itself.

Ben Robinson is an Economist at the Official Monetary and Financial Institutions Forum in London, where he is responsible for research and analysis on issues relating to the global economy. His main focus is on international monetary policy, emerging markets, and public sector asset management, and is responsible for the Global Public Investor annual report on sovereign wealth funds, central banks and public pension funds. He holds a Master’s degree in International Political Economy from King’s College, London.