This year, the annual LBMA/LPPM precious metals conference will be held in association with the Singapore Bullion Market Association (SBMA). In this feature, Sunil and Albert chart the growth of the bullion market in Singapore and the role the SBMA has played in helping to shape it. 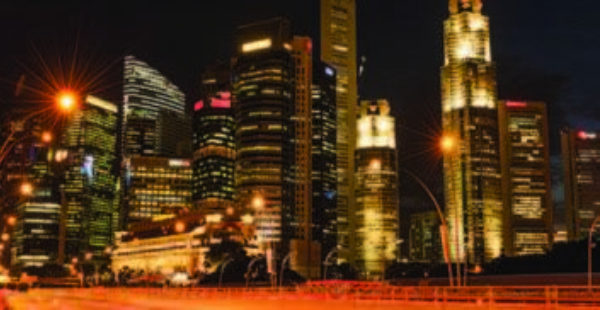 Asia is the driver of the rising demand for gold, and Singapore is located at the heart of this trade flow. Global investment in gold has more than doubled since 2009 to 1,377 tonnes in 2013, with East Asia and the Indian subcontinent accounting for more than 70% of global physical bar investment. In addition, about 50% of the world’s scrap gold comes from Asia (source: Thomson Reuters).

The physical allocation of gold in the portfolios of wealthy investors has been growing, and Singapore has the largest pool of private banking assets in Asia, with $470bn in 2015 (source: Deloitte). Private and institutional investors are also demanding that their physical assets be stored in a neutral and alternate location, and Singapore is well-paced to accommodate this demand. Singapore’s innate attributes of neutrality, economic and political stability, excellent connectivity and reputation as an important centre of finance have long appealed to global traders in precious metals. In addition, it has a strong, efficient and transparent legal and judicial framework.

To capitalise on the growing global demand and to leverage Singapore’s strengths, International Enterprise (IE) Singapore, the Singapore government’s trade promotion agency, began consulting the bullion industry in 2012 about making the country a hub for bullion activities in Asia. The initiative would build up Singapore’s bullion refining, trading, clearing, storage and logistics capabilities for it to service nearby countries, which includes two key demand centres, China and India, as well as the rest of ASEAN.

The SBMA regularly offered market knowledge and advice to IE Singapore in developing Singapore’s bullion strategy, and later the Inland Revenue Authority of Singapore (IRAS) and Singapore Customs during implementation. Three strategies were identified and executed in order to create a more conducive business environment to nurture this concept, namely,

Recognising that investment grade precious metals (IPM) are essentially financial assets just like other actively traded financial instruments like stocks and bonds, and to facilitate the development of IPM refining and trading in Singapore, the government announced in early 2012 that GST would be exempted from October 1, 2012.

At the 2014 London Bullion Market Association (LBMA) Bullion Market Forum, the Singapore Trade and Industry Minister Lim Hng Kiang announced the Singapore Kilobar Gold Contract, the first wholesale 25 kilobar gold contract to be offered globally. A joint initiative of IE Singapore, the World Gold Council, the Singapore Exchange and the SBMA, the contract introduced centralised trading and clearing of a physically-delivered gold contract in Singapore. It comprises a series of six daily contracts, which gives buyers physical access to competitively-priced kilobars. This was enhanced by the launch of the ICE One-Kilo Gold Futures on Nov 17, 2015.

Since the 1960s, Singapore has been a gold distribution centre for Southeast Asia, with its gold largely sourced from London and Zurich. In 1969, in the wake of a global evolution of the free gold market and a two-tier price structure following the collapse of the London Gold Pool, Singapore established an over- the-counter (OTC) gold market. However, from 1969 onwards, only non-residents could perform gold transactions in Singapore, and banks and bullion dealers trading gold required authorisation from the Singapore Government. Beginning in 1973, Singapore residents were finally allowed to trade gold, and the gold dealer licensing requirements were abolished.

In 1984, SIMEX launched a cash-settled 100oz gold futures contract, based on loco London prices. However, this contract also saw a gradual demise in demand and ceased activity by 1996, which led to it being phased out in 1997. SIMEX then merged with the Stock Exchange of Singapore in 1999 to form the current multi-asset Singapore Exchange (SGX).

Singapore’s role as a redistribution centre for the region reached record levels in 1992, when gold imports reached a total of 414 tonnes (almost half of Asia’s total consumption). Since then, imports have declined as a result of market liberalisation measures adopted by some of its immediate neighbours. 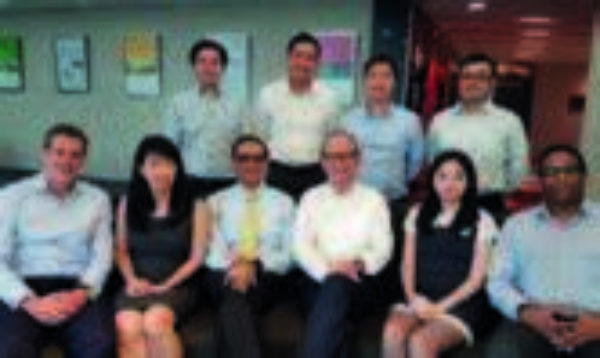 The SBMA Management Team, with Sunil and Albert featured in the centre of the front row

Role of the SBMA

The SBMA was formed in 1993 with an original membership base of 16 companies from the gold industry. With fears that the GST scheme to be introduced on April 1, 1994 would kill the physical bullion business and the country’s role as a physical hub for bullion in ASEAN immediately, JP Morgan’s head of bullion, Mr. Tim Gardiner and World Gold Council regional CEO Mr Kerr Cruikshank felt it was necessary for a single voice to represent the bullion market. The SBMA was successful in getting the Singapore government to lift the GST for re- exported gold bars.

The association was relatively inactive in the late 1990s due to the departure of key personnel within the gold industry and the closure of gold desks in some of the bullion houses and banks. However, there has been an increase in the number of bullion market initiatives and activities since the 2006 financial crisis, with many players that exited the market prior to 2006 becoming active again.

Until 2012, the SBMA remained an informal association and only met occasionally for business networking, but with the Singapore government aiming to establish Singapore as a gold hub, the SBMA began developing its competencies to become the central body for the bullion industry. It formally adopted this role in early 2015, under the leadership of Mr Ng Cheng Thye. At its annual general meeting in 2015, a revised constitution was passed to incorporate a three-tier governance structure, with the Management Committee as the core of the Association, guided by an Advisory Board and supported by a Secretariat under the leadership of a CEO and his team.

Today, the SBMA is now looking to develop Singapore as the ASEAN hub for global players in the physical bullion market. This includes providing vaulting/storage facilities as well as developing a clearing mechanism for gold kilobars and harmonising procedures and industry standards specific to the Singapore and ASEAN market, such as the SBMA Good Delivery List, the Singapore Kilobar Gold Contract and ICE Kilo Gold Futures.

The SBMA also hopes to create a more harmonised tax regime, regulatory infrastructure and industry standards among ASEAN jurisdictions, including legal documents, testing, assaying and operating procedures. The SBMA wants to look beyond the immediate horizon to further develop the Singapore and ASEAN gold markets through advocacy and research activities.

The SBMA is a non-profit organisation currently representing 35 key stakeholders from the precious metals industry in Singapore and beyond, including bullion banks, exchanges, refineries, bullion merchants and secured logistics support companies. Its mission is to develop the bullion market in Asia, including setting standards, drafting promotion, developing best trade practices and documentation, driving thought leadership and enhancing the professionalism of the industry.

The SBMA plays a pivotal role in market development in Singapore and beyond, connecting regulatory bodies and industry players, as well as promoting the Asian bullion market internationally. Its international partners include the LBMA, with whom it partners on various initiatives, including this year’s annual LBMA/LPPM conference. The SBMA aims to have widespread representation in ASEAN and beyond and is actively recruiting members. We welcome your participation, opinions and enquiries. Please contact CEO Albert Cheng at albert.cheng@sbma.org.sg or Executive Director Hawk Namiki at hawk. namiki@sbma.org.sg for more information.

Sunil Kashyap is the Managing Director, Head of Asia, ScotiaMocatta, Asia and Chairman of the SBMA. He joined Mocatta Bullion in 1996 which was then taken over by The Bank of Nova Scotia in 1997. He is primarily responsible for managing The Bank of Nova’s Scotia’s metals business in Asia covering operations in Hong Kong, Singapore, China, India and Dubai. He is a member of the International Advisor’s Committee of the SGE and was a member of the inaugural Gold Committee of the Dubai Metals and Commodity Exchange. He holds a Master’s degree in Business Administration from Cornell University, Ithaca, New York and is an engineering graduate from IIT, New Delhi.