It is more than six years since the peak in the gold price at over $1,900 per ounce, which was followed by a precipitous decline to a low of $1,100 at the end of 2015. For most of the large gold- mining companies, this ushered in a period of repairing balance sheets. But as the gold price is now expected to strengthen in an uncertain political and economic world, what follows for the gold companies? 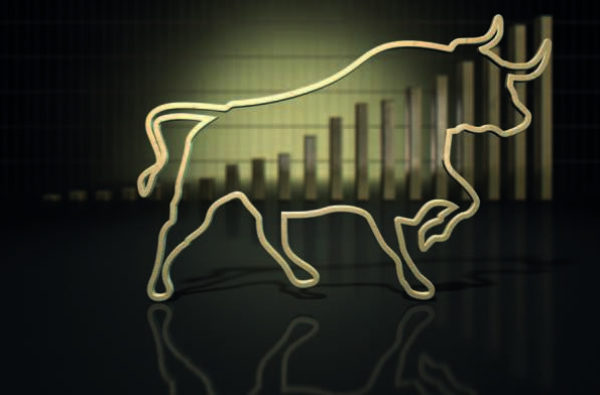 At Metals Focus, we have been analysing key financial, operating and investor data on a quarterly basis going back to 2009, for a peer group of the leading global gold companies.1 We like to think we analyse the data in a unique way, which certainly helps to highlight differences around the main business model for a senior gold-mining company. In this article, we will deliberately stay clear of talking about individual companies, but rather the aggregate of their efforts. For potential investors, this might help sway whether to invest in the sector, rather than help decide which company to invest in.

It certainly galvanised a new sweep of c-suite managers, and strategies changed quickly to balance sheet repair and cash flow. This has been the dominant strategy for the last four years.

Returning to our original brief history of the sector, the equivalent2 gold production for the peer group we look at was rising at just under 5% per annum from the beginning of 2009, peaking in the fourth quarter of 2013. Debt was largely the financing agent for the expansion plans that nearly every senior gold-mining company was embarking upon. Net debt3 peaked at $32.1bn in the second quarter of 2013. However, the average gold price received by mining companies peaked in the fourth quarter of 2012 and fell by $300 per ounce within six months. The market capitalisation for the sector did not wait – it fell far quicker and further, in fact by half within nine months. Almost overnight, financial liquidity became paramount. Our preferred measurement of financial liquidity is the ratio of net debt to EBITDA,4 less sustaining capital. Sustaining capital is part of the mining process and should be regarded as a cost. Our modified ratio peaked at 4.4 in the second quarter of 2013, at a level which should have demanded more attention from bankers, bond holders and equity holders. A ratio greater than 3 is normally deemed dangerous. It certainly galvanised a new sweep of C-suite managers, and strategies changed quickly to balance sheet repair and cash flow. This has been the dominant strategy for the last four years.

So, how successful has the peer group been and is it now time to switch course? Given that cash flow was the priority, perhaps not surprisingly, production has fallen. From its peak in the fourth quarter of 2013, equivalent gold production for our peer group has fallen by 10%, and gold-only production by 9%. Arguably, this is a reasonably impressive result and shows the ‘inventory’ effect that all senior gold-mining companies enjoy. But without investment, the inventory does become depleted. Total capital expenditure for this peer group peaked at $6.3 billion per quarter at the end of 2012. By the beginning of 2016, this figure had dropped to just $1.6 billion. All companies cut capital expenditure, some more aggressively than others. Project capital expenditure, not surprisingly, took the brunt of the cuts, but also sustaining capital expenditure, corporate costs and expensed exploration (that portion of exploration responsible for adding longer- term production ounces). This is often where drilling down into individual company data can be useful. We think some companies have over-cut capital savings, making the companies appear, to some extent, more robust cash generators than they are. Total capital expenditure is now rising again and has reached a level of $2.2 billion per quarter. But this is still well below a level, in our view, that is required to sustain production.

Costs have also been reduced during this period of austerity, albeit quite modestly. Cash costs (before any capital spend) have fallen by 12% from their peak at the beginning of 2013, small when compared to a corresponding 53% drop in the price of oil. Typically, energy costs form a significant portion of cash costs, especially for open pit operations. It would also appear that labour costs have remained at elevated levels.

What should happen now? Certainly, net debt has been curtailed to more comfortable levels. Using our preferred financial metric, the ratio of net debt to EBITDA, less sustaining capital, is now only 1.5 times, albeit at a time of globally low interest rates. Cash costs are rising again, up 4% from their low point, but at a slow pace. However, the real issue facing the companies and investors is capital – how much needs to be spent to maintain a sustainable business model? Inventories are running ever lower, not yet critical, but nonetheless lower. The reserve life for this peer group peaked at 27 years at the start of 2013. It now stands at 18 years, some 33% lower in the space of just four years. Investment in exploration and new projects must resume. For some companies, the need is greater than others.

Investment in exploration and new projects must resume. For some companies, the need is greater than others.

Typically, there are three reasons given to invest in gold shares. The first is the gearing affect (a 10% increase in the gold price can result in a 20% increase in earnings, assuming all other metrics remain constant). The second is dividends. Some investors like the idea of a yield, being ‘paid’ to own the gold share. Dividends have tended to be rare in this sector. Even at its peak, yields were much thinner compared with other diversified mining companies. And right now, as we look at the sector, meaningful dividends still look quite far away. Reinvesting in the production portfolio will take preference, in effect reducing that gearing affect too, by lifting the real cost of production to shareholders. Remember, we are not talking about production increases here, but rather maintaining production and a sustainable business model. And then lastly, the third reason to invest in gold shares is growth. As we have seen, the peer group is contracting, to prioritise cash flow. Meaningful production growth seems a distant dream for some producers; it will require a far higher gold price to encourage new greenfield investment, not least to persuade investors that errors of the past are not being repeated.

In conclusion, not all companies in the peer group we analyse are the same, so bespoke analysis is always required. But for the peer group that makes up our quarterly reporting service, the priority will be to return to a sustainable business model at a reasonable cost. Meaningful growth in dividends and production might then follow, but only in our view with a much higher gold price.

Our peer group review provides an invaluable tool to properly understand the senior gold producer business model and allows for the bespoke analysis required to distinguish winners from losers.

Michael Bedford CFA ACSM is a consultant to Metals Focus and CEO of Woodhill Asset Management, a UK-based fund management company. He worked for over 20 years as a mining analyst before joining Anglogold Ashanti to work on company strategy and business planning.