Did You Know? Golden Cities of the World – Ballarat, Australia

2018 marks the centenary of the last gold mine to close in Ballarat, Victoria. But the story of the city begins much earlier. 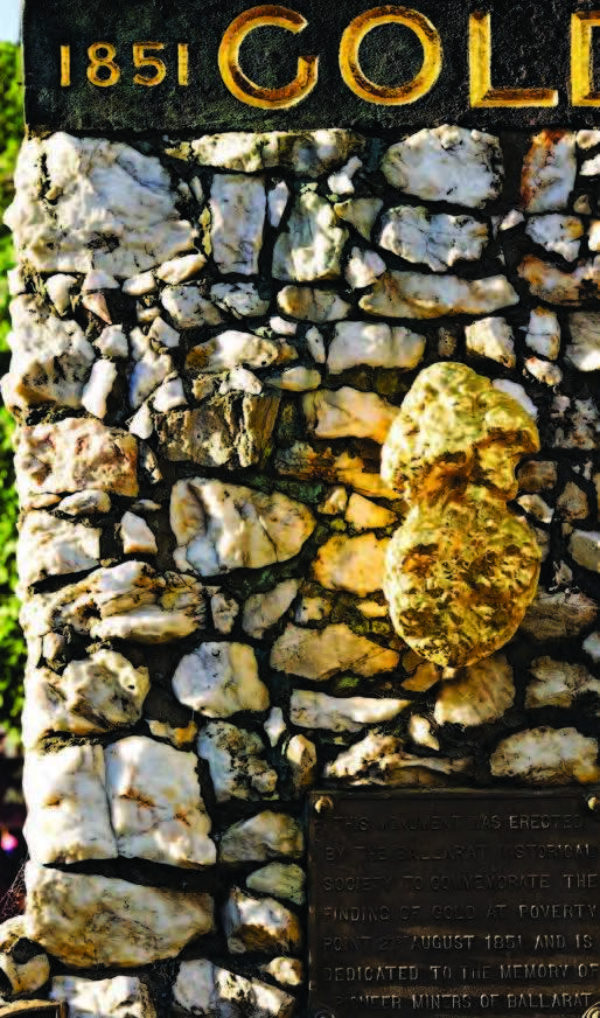 An Australian, Edward Hammond Hargreaves, had witnessed the gold rush in California and conscious that the geological features he had seen there were very similar to his homeland became convinced that he would discover gold. In May 1851, within a week of his arrival back in Australia, he discovered gold in New South Wales (NSW)1. Quite quickly other discoveries were made, and in August 1851 gold was found in the nearby state of Victoria, at Poverty Point in Ballarat. The discovery was to transform Ballarat from a small sheep station into one of the great golden cities of the world as thousands of migrants, mainly from Britain, but also from Europe and the US, arrived in search of their fortune.

The alluvial fields of Ballarat were rich in terms of gold yields and many ‘diggers’ quickly grew rich on the back of gold discoveries. However, as was the case in California, the alluvial gold that was easily available on the surface was soon collected and it required greater effort and more sophisticated machinery to mine the gold further below the surface. Miners with pans were quickly replaced by groups of men with heavy crushing equipment to dig ever deeper.

Gold fields sprang up elsewhere across Victoria most notably at Bendigo and Castlemaine. The discoveries triggered an exceptional level of migration. Between 1852 and 1860 nearly 300,000 people migrated to Victoria from the British Isles, as well as 15,000 from other parts of Europe and 18,000 from the States.

By the end of the 19th century Australia was the largest gold producer in the world.

Huge quantities of gold were being discovered and the amounts mined in Victoria began to dwarf the finds in NSW, which had been the original source of discovery. Indeed, during the 1850s, 650 tonnes of gold were yielded in Victoria compared to 90 tonnes in NSW. In this period, Australia produced one-third of the world’s gold and, by the end of the 19th century, Australia was the largest gold producer in the world. In the process the gold rushes served to transform what were effectively colonies of convicts into progressive and vibrant economies.

The impact of the gold discoveries in colonial Australia had a greater significance for Britain than those in California. Whereas most of the Californian gold remained in the US, 80% of the Australian gold was shipped to London. The Bank of England Bullion Office and the London refiners, assayers and brokers worked overtime to deal with the influx of gold and new players came on stream to help deal with demand. In 1852 Sir Anthony de Rothschild leased the Royal Mint refinery and Stewart Pixley set up a brokerage business and in 1853 Samuel Montagu set up a bullion office.

For Ballarat the most remarkable discovery was still to come. In 1858, a golden nugget, which came to be called the Welcome Nugget and weighing an incredible 69kg, was discovered by 22 Cornish miners at Bakery Hill in Ballerat. At the time, it was the largest ever discovered and would be worth some $3 million today. In 1859 it was shipped to London; however, its ultimate fate is unknown. The Pioneer Miner’s Monument in Ballarat (see main photo) was unveiled in 1951 to commemorate the 100th anniversary of the discovery of gold there. At the centre of the monument is a replica of the Welcome Nugget.

The wealth from the gold discoveries made Ballarat the richest place in the world for a period and the new settlers used their acquired wealth to establish new institutions, an orderly form of government as well building an extensive array of civil and social infrastructure. Grand designs for water storages, road construction and the Town Hall were commissioned. The new Gardens Pavilion provided facilities locals as well as for those tourists. In the main boulevard of Sturt Street, modelled on the Royal Mile in Edinburgh, were constructed the stone buildings that give the city its streetscape of today. Such was the prosperity of Ballarat that it was often compared with cities in Europe and Edinburgh in particular.

As the nineteenth century wore on the fortunes of Ballarat waned as its importance faded relative to Melbourne and Geelong. Workers sought greener fields, especially in the gold mines of Western Australia and New Zealand. Mining had become unprofitable due to the cost of pumping ground water from the deep mines and the labour shortage caused by World War I only made matters even worse. The last goldmine in Ballarat at Black Hill eventually closed in 1918.

However, Ballarat’s association with gold is not all in the past. Gold continues to be found 167 years after the first discoveries. Indeed, in 2013, a nugget weighing an impressive 5.5kg was discovered by a man with a Minelab GPX-5000 metal detector, alleged to be the most sophisticated of its type in the world. So why not get yourself a Minelab GPX-5000 and jump on a flight to Ballarat. “There’s gold in them thar hills” and “there’s millions in it”. Perhaps Ballarat may have another gold rush yet. 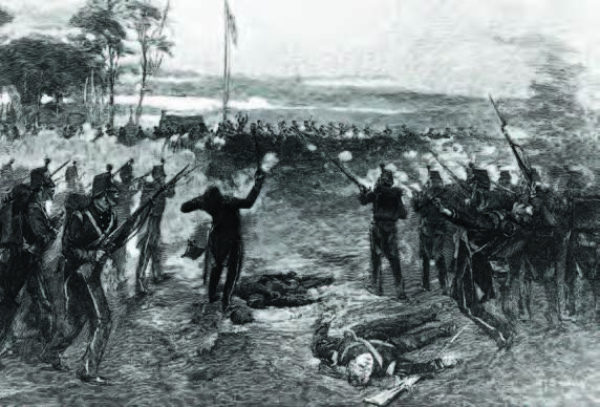 The local Gold Commissioner tried to exert his authority over the newly arrived diggers by making them purchase licences in order to prevent unauthorised mining. In January 1852, a licence fee of 30 shillings per month was levied, which later, in December 1853, was reduced to £1 per month. But tensions brewed as the Commissioner tried to impose the levy.

Thousands of the miners on the Ballarat Diggings protested against the cost of the licences, which did not give them a claim on the land they were working, and the arbitrary manner in which inspections were carried out by the army and local police. The more militant miners organised training and acquired weapons to resist the authorities. They built the Eureka Stockade on the Eureka Lead as a barricade for their own protection. Before dawn on Sunday, 3 December 1854, armed soldiers marched from the Government Camp, supported by mounted and foot police, and collectively attacked the stockade. The subsequent battle resulted in about 30 deaths and the arrest of some 120 diggers.

The Aftermath Of The Uprising

Following the uprising, the Eureka Treason Trials held in Melbourne before juries in February and March 1855 saw the acquittal of all those accused, and sweeping reforms followed. In 1855, men who held miner’s rights were given the right to vote in the Electoral District of Ballarat and to buy land. More land was surveyed, and suburban allotments were sold.

The first wooden buildings were erected up on the escarpment of the Ballarat West plateau. Courts and local government got underway. The uprising is unique as the only rebellion in Australian history and is regarded as the catalyst for the birth of democracy in Australia.

Aelred joined the LBMA in September 2011. He provides support to the Chief Executive in the administration and organisation of the Association’s Public Affairs. He is responsible for Press enquiries, is the editor of the Alchemist as well as contributing to other LBMA publications, provision of the website and support for LBMA events.

Prior to joining the LBMA, he worked at the Bank of England for more than twenty-five years, the last five as an analyst in the Bank’s gold bullion department.