There was a time when the SARB was one of the main participants in the global gold market. This was back in the 1980s and 1990s, when South Africa was the largest gold- producing country in the world.1 Much had happened up to that point, and much has happened since. The SARB has had a unique relationship with South Africa’s gold industry over the decades, which has shaped its operations in gold over time. 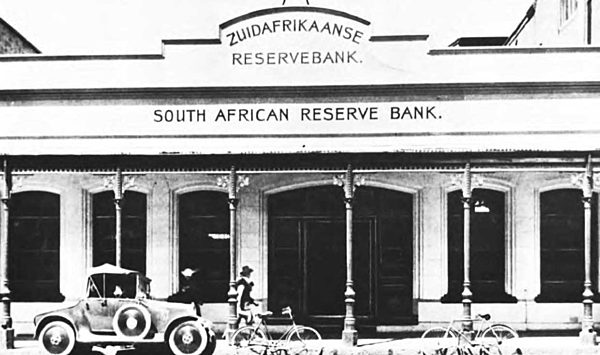 The SARB was established in 1921, but it was only in 1925 that it first purchased gold from the local mines and consequently began to take an active part in the gold market. The Department of Finance at the time (now known as the National Treasury) appointed the SARB as its agent to manage South Africa’s official gold reserves and market the country’s gold output. The central bank thus became the main channel through which South African gold producers had to sell their production gold within the entire Bretton Woods system and throughout the Dollar Standard era until 1997.

The initial arrangements between the SARB and the gold producers consisted of the central bank undertaking to buy the gold they offered at the prevailing market prices. This transactional arrangement continued until 1926, when the SARB started buying gold under a new agreement with the Transvaal Chamber of Mines.

After the International Monetary Fund abolished the ‘official’ price of gold and until 1982, the SARB bought the newly produced gold at a price based on the average of the latest two London Gold Fixings, less a nominal realisation charge, converted into rand. Gold producers continued to be paid in the local currency until 1983, after which payments were made in US dollars.

At the beginning of 1985, in an attempt to alleviate the pressure on the rand caused by international sanctions against the apartheid government, the SARB announced that the proceeds from the gold that the gold producers sold would be paid 50% in US dollars and 50% in rand. However, by the end of that year, after South Africa had been forced to declare a debt standstill a few months earlier, gold producers were paid in the local currency only. The SARB only resumed paying the gold producers in US dollars in 1988 and continued to do so until 1997.

The SARB exclusively sold gold on a spot basis until 1986, after which it also became involved in the trading of gold in the outright forward, swap and lending markets. At the same time, the SARB also started trading in the options markets, mainly to hedge a certain portion of its gold purchases against adverse market conditions and to generate premium income.

Throughout the 1990s, the SARB had a policy of drawing down on its short-term foreign-credit facilities to supplement its gross reserves. These facilities consisted of bilateral gold loans, pre-export financing facilities for gold, money-market credit lines and syndicated loans. A gold-denominated syndicated loan for US$500 million was signed in 2000 and repaid in 2003.

In 1995, local mining companies were granted permission to hedge their gold production against price risk in the international bullion market. This was done through local South African banks but was subject to exchange-control approval. Such approval was customarily granted, but it was subject to two conditions: the position had to be closed out prior to maturity, and the production gold still had to be delivered to the SARB.

The Central Bank thus became the main channel through which south African gold producers had to sell their production gold until 1997. 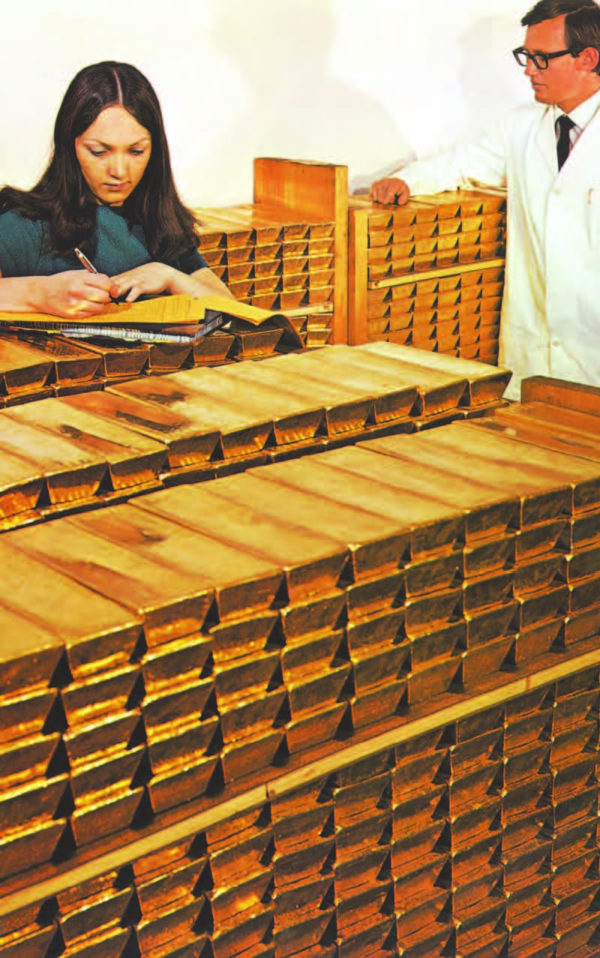 In 1996, the SARB and the Rand Refinery agreed that the central bank would purchase the gold that had been delivered to the Rand Refinery in the form of doré bars2 at the London afternoon Gold Fixing price. Prior to this agreement, the SARB would generally have purchased 400-ounce bars of 995 fineness, the so-called ‘Good Delivery bars’, from the Rand Refinery.

The announcement in 1997 by the Minister of Finance lifted the SARB’s exclusive responsibility to sell gold. The gold producers elected the Rand Refinery as their agent, the Rand Refinery tried to achieve direct sales of 50% of their total production and the SARB continued to purchase the balance of their production in doré form.

From 1967, the Minister of Finance gave the Chamber of Mines the dispensation to sell South African gold that was earmarked for the production of Krugerrand coins, independently of the SARB, with an understanding that the Chamber’s Krugerrand sales would not exceed one- third of the annual gold production. This change to the then prevailing arrangement to offer all gold output to the SARB was precipitated by the success of the Krugerrand (a legal-tender bullion coin). In 1998, the Rand Refinery took over the responsibility for all the marketing and sales of the Krugerrand-denominated bullion coins. Since 2013, the production, marketing and sales of the Krugerrand have been undertaken by Prestige Bullion, a joint venture between the Rand Refinery and the South African Mint. The Krugerrand celebrated its 50th anniversary in 2017 and remains the most famous gold bullion coin in the world.

Involvement In The Gold Jewellery Industry In South Africa

In 1989, the SARB introduced a collateralised gold loan scheme for manufacturing jewellers via authorised dealers (local commercial banks). The main objective of this scheme was to promote and contribute to a viable export market for jewellery manufactured in South Africa. The implementation of a gold loan scheme meant that manufacturing jewellers were able to access work-in- progress gold at bullion lending rates plus a margin for a maximum period of six months. 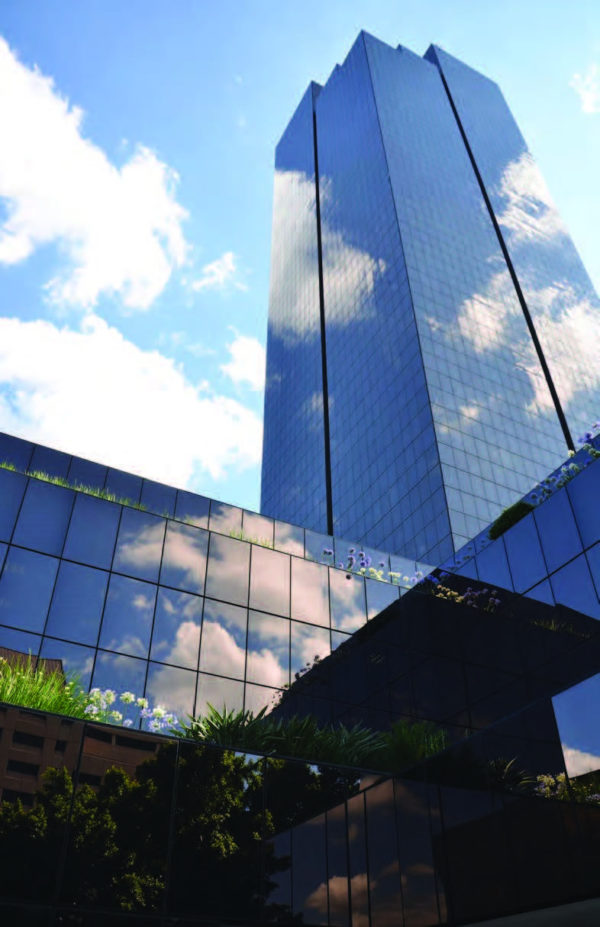 In 1997, the Minister of Finance announced policy amendments to the effect that gold producers could now sell their own output – on condition that the SARB had given the necessary exemption from the relevant Exchange Control Regulations.

The SARB’s role in selling the country’s gold production would thus be modified as the government embarked on a process to liberalise exchange controls. The changed procedures for the sale of gold that came into effect after 1997 did not fundamentally alter the position of the gold-mining industry in South Africa.

In 1998, certain mining companies gave the Rand Refinery the mandate to act as their agent in the pricing and selling of their gold. Other gold producers approached the SARB for exemption from the relevant Exchange Control Regulations to allow them to sell their gold directly to approved counterparties.

As from 2001, the SARB has not purchased any production gold from either the Rand Refinery or mining companies.

As of December 1989, the SARB’s gold holdings averaged approximately 75% of total reserves. From January 1990 to December 1999, this ratio declined to an average of 48%. It fell further, to an average of 12%, between January 2000 and today, mainly due to the increase of foreign- exchange reserves over the period. The gold holdings have been kept virtually constant at 125 tons for the past 20 years.

Although the SARB was not a signatory to the Central Bank Gold Agreement, it elected to conduct its gold reserves management within the ambit of the Agreement to show its support for responsible trading in gold.

Today, while the SARB’s activities in gold are much more akin, by design, to those of other central banks, and although it maintains mostly a passive management strategy when it comes to its gold portfolio, the central bank of South Africa continues to be keenly interested in the activities and developments in the gold market, and is also cognisant of the important role that the gold-mining industry plays in the development of South Africa and the potential impact it has on the local economy.

Mr Daniel Mminele has been Deputy Governor of the South African Reserve Bank (SARB) since July 2009.

He oversees Financial Markets, International Economic Relations and Policy, Legal Services as well as the Human and Operations Cluster at the SARB. He is a member of the Governors’ Executive Committee, the Monetary Policy Committee, Financial Stability Committee and the Risk Management Committee of the SARB. He is Chairperson of the Reserves Management Committee as well as Chair of the Board of the Corporation of Public Deposits.

He currently serves as the G-20 Central Bank deputy for South Africa, as well as the Chairman for the IMFC Deputies. His experience before joining the SARB includes credit-risk analysis, corporate banking, and project and structured finance at private banking institutions in Germany, the United Kingdom and South Africa.