Other than the Civil War, few historical events of the 19th century in the United States command such interest and captivate the imagination as the California Gold Rush. 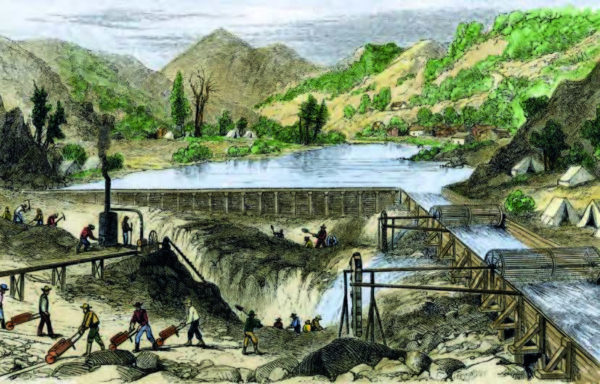 The California Gold Rush began with the discovery of significant gold deposits near Sacramento in 1848. It proved to be the first in a series of modern gold rushes in the latter half of the 19th century. The California Rush stimulated such interest in gold that it led to rushes in Australia, New Zealand, South Africa, the Klondike, Alaska and South America over the course of the next 50 years. Only two other rushes in that period however rival California’s in size and economic impact – Australia in 1851 and South Africa in 1886. In both cases, the rushes contributed significantly to these territories gaining a greater sense of their independence from Great Britain, eventually leading to nationhood. The rushes occurred in often sparsely populated sections of the globe and, in turn, promoted settlement and economic and political development at a pace that, in the absence of gold, would not have occurred. But it started in California first.

Only two other rushes in that period however rival California's in size and economic impact – Australia in 1851 and South Africa in 1886. 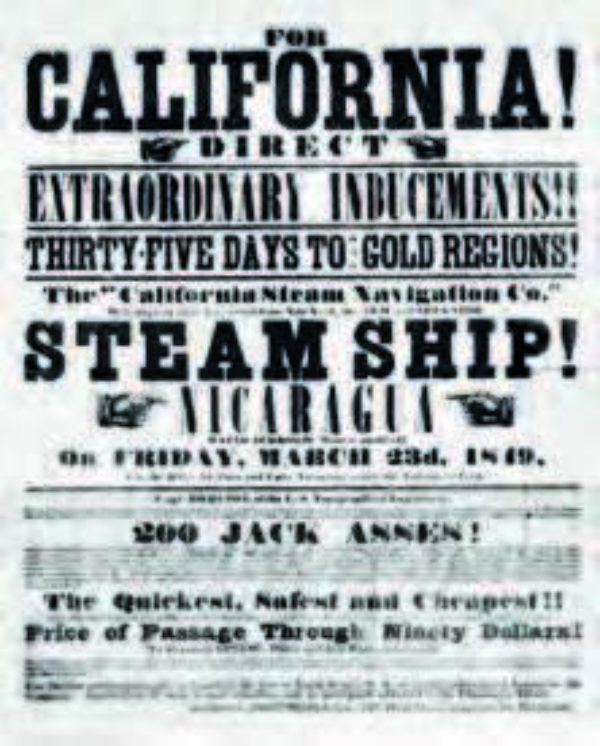 Subsequent production levels, especially since 1900, make California’s contribution to world gold supply seem modest, but at the time, it was immense. From 1792 through to 1847, cumulative US gold production was only around 37t, according to the United States Geological Service. California’s production in 1849 alone exceeded this number – it produced an average of 76t of gold a year in the first decade of the Gold Rush, from 1848 to 1857. Thus, each year’s output was almost double what the nation mined cumulatively from 1792 through to 1847. Robert Whaples of Wake Forest University estimates that, during that same decade, California’s gold production equalled US$550m, nearly 2% of US GDP. Profits were enormous. Early on, claims yielding as much as US$400 in a day were not uncommon, the equivalent of US$12,500 today. Of course, prices also rose: fresh eggs were sold for hundreds of dollars and there were reports in San Francisco newspapers of boots that sold for more than US$2,000. As wind of what prices merchants could command reached the East Coast, goods began to flood into the region, leading to more stable, but still very high, prices.

The Mexican-American war, which was largely fought for control of California, ended on 2 February 1848. According to the terms of the Treaty of Guadalupe Hidalgo, in exchange for US$15m and the forgiveness of US$3.3m in US claims against the Mexican government, Mexico ceded California, New Mexico, Utah, Nevada, Arizona and disputed parts of Texas to the United States. In one of history’s ironies, neither side was aware of the discovery of gold just two weeks earlier. 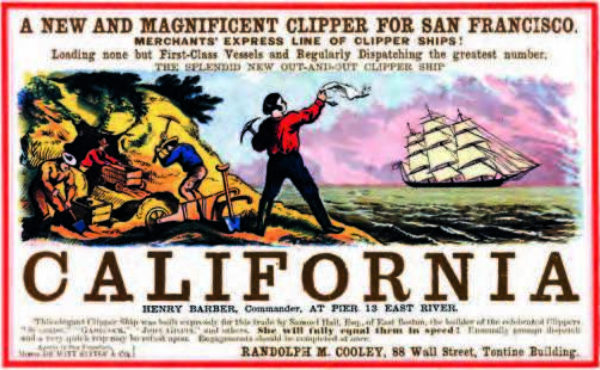 The Gold Rush helped develop the state of California. Demand from miners stimulated agricultural production and California became a major exporter of foodstuffs, with San Francisco the commercial and naval hub of the Western Pacific.

Each year’s output was almost DOUBLE what the nation mined cumulatively from 1792 through to 1847.

Levi Strauss established a jeans manufacturing business in San Francisco aimed at providing miners with working gear, and other manufacturing concerns sprouted up. The Gold Rush also led to the start of modern banking in California, notably but not exclusively by Wells Fargo, which set up the famed pony express to increase mail flow to California. Profits from gold allowed the banks to fund the Central Pacific Railroad in 1861 and thus helped allow for the settling of the continent.

Economic activity was stimulated around the Pacific as demand for manufactured products, goods and materials rose. US trade with China, Japan, New Zealand and Australia increased noticeably in this period. The Gold Rush had a truly international impact.

The California Gold Rush was an unexpected economic shock of such size and magnitude that it prompted a massive reallocation of labour all along the American frontier, which in turn brought in migration from the American East Coast and around the world. The demand for labour rocketed in northern California. Labour shortages were reported in such diverse places as Germany and Hawaii due to the Rush. In Hawaii, the shortage was so severe that planters began bringing in Chinese and Japanese labour for the first time to harvest sugar cane. Demand for labour was the highest in the world as workers deserted traditional jobs for mining. This combination pushed up the real wages of working men in California by an astounding 500% in the early years of the Rush, from 1848 to 1853, according to Robert Margo in a paper on labour in the California Gold Rush (2000). Wages declined abruptly as mass migration met demand but remained higher than in the rest of the US. Although it occurred over a relatively brief time, the Rush left California wages permanently higher, according to Margo − a phenomenon which continues to this day.

The United Sates, like much of the world, was on the gold standard at the time of the Rush, having switched from a bimetallic standard in 1834. The rapid and unchecked increase in the gold supply acted as a positive monetary supply shock to the US. Such a large gold discovery effectively had the same impact as an abrupt but sustained monetary easing by a central bank. Also, the global monetary dimension of the California Gold Rush should not be overlooked. The California Rush, followed by other rushes in the Americas, Australasia and Africa, provided significant – if uneven and volatile – increases in gold supplies, which acted as a positive monetary stimulus to the global economy. New gold discoveries which started in California, greased the wheels of the global economy, allowing for rapid industrialisation and expansion across the world. Arguably, without the increases in gold supply furnished by the California Gold Rush, the Gold Standard would have become unworkable or at least unable to deliver the necessary monetary stimulus for global expansion that it achieved up to World War One.

New gold discoveries which started in California, greased the wheels of the global economy, allowing for rapid industrialisation and expansion across the world.

Such an expansion in the money supply – which is what the new gold supply from California effectively was under the Gold Standard – had an impact on prices, not just in California and the US, but in the world. Because precious metals were at the base of the monetary system, rushes increased the money supply, which resulted in inflation. According to Robert Whaples, increased gold output from the Californian and Australian gold rushes is linked to a 30% increase in wholesale prices between 1850 and 1855.

The Gold Rush was of immense benefit to the expansion of the US economy. Californian gold exports were key in helping to create a positive balance of trade for the US. The state produced more than half of all the gold produced in the US from 1850 to 1900. More importantly, gold produced from California paid for 10% of the Union’s war effort in the American Civil War. The Confederates, on the other hand, had no such access to bullion supplies.

Modern California – ‘The Golden State’ − has its beginnings in the Gold Rush. It created the state, brought in people, and stimulated industry and agriculture, effectively cementing it to the rest of the United States. It made California a net contributor to the US in terms of international trade and GDP and played a crucial role in financing the Union’s efforts in the Civil War. At the same time, the rush played a major role in international development by stimulating demand, especially in the Pacific region. The addition of gold supply also made the Gold Standard practical, effectively greasing the wheels of global trade finance and development far beyond the shores of California.

James Steel is HSBC’s Chief Precious Metals Analyst with speciﬁc responsibilities for precious metals. He joined HSBC in May 2006 and previously he ran the New York research department for Refco, a large US commodities brokerage house. He has also worked for The Economist in the Intelligence Unit as an economist specialising in commodity producing nations. Jim’s primary duties at HSBC include the production of daily market reports, including long term outlooks for both precious and base metals. His responsibilities include supply/demand and price forecasts, as well as qualitative analyses. He is a frequent speaker at commodities related conferences and events. He is often quoted in the ﬁnancial media and frequently appears on CNBC. He studied economics in London and New York.