“Toward Gold Throng all, To Gold Cling all, Yes, all!”1 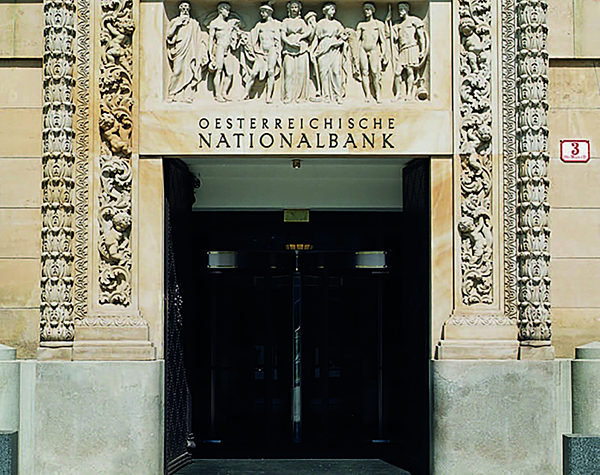 From a central bank and monetary policy perspective, the role of precious metals, and in particular of gold, is special compared to other traditional reserve assets such as government bonds. This has become particularly visible over the last decade once again, when the financial crisis of 2007/2008 significantly shaped financial market developments and economic policies at the same time. Oesterreichische Nationalbank (OeNB), the Central Bank of Austria, has, like many other central banks, quite recently revisited its gold management strategy. In this article, we will outline some background information regarding gold reserves management and the main aspects of OeNB’s current gold management strategy.

Gold has always played a very special role for OeNB as part of its reserve assets. Of the 78.2 tons of gold confiscated by the Deutsche Reichsbank in 1938, 50.1 tons were returned after the war. Austria’s official gold reserves have increased significantly since World War Two, due to the country’s economic success and the respective current account surpluses the Austrian economy has generated. In addition, under the Bretton Woods system, gold reserves played an important economic role as a core element of the International Monetary System. For a small, open economy like Austria, gold reserves became even more important after the breakdown of the Bretton Woods system, when they became essential liquid assets and an economic policy buffer in an increasingly uncertain and liberalised financial market environment. Given Austria’s currency peg to the Deutsche mark, which was in place for more than 20 years, effective currency reserve management was one of the cornerstones of Austria’s economic policy success during this period. In the 1980s, OeNB’s holdings of gold reserves peaked at some 657 tons, providing a significant factor to make this ambitious currency peg sustainable. 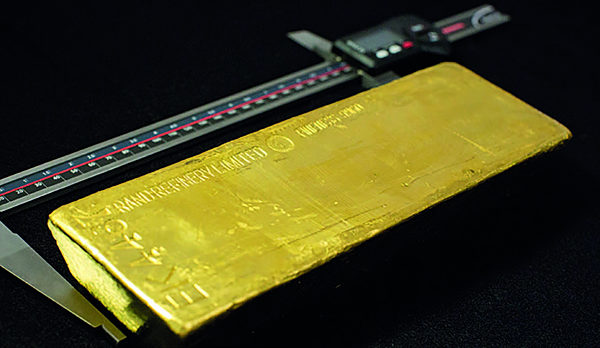 This situation fundamentally changed with the creation of the euro and the Eurosystem, with the European Central Bank (ECB) at its centre. For a small country with an open economy, this change not only brought the integration of its monetary policy into a much larger currency area, but at the same time, OeNB no longer had to defend a national exchange rate. In the 1990s, OeNB’s gold holdings decreased, as around 22 tons were transferred to the ECB and, in addition to that, OeNB sold part of its gold reserves. In parallel with the newly created monetary intervention power of the Eurosystem, the stance of this much larger economic area toward exchange rate developments became less important. Under these conditions, the policy regarding OeNB’s gold reserves has significantly changed. Consequently, OeNB, like several other central banks, restructured its foreign exchange reserves as well as its gold holdings in preparation for the entry into monetary union.

The Changing Role Of Gold As A Reserve Asset

Generally, gold reserves can be held in the form of physical gold or non- physical gold. Central banks tend to hold the majority of their gold reserve assets in physical form, i.e. gold bars. The Good Delivery Rules of London Bullion Market Association (LBMA) define a set of rules for gold and silver bars. These specifications include minimum standards relating to the fine ounce weight, the purity as well as the physical appearance for gold bars.

OeNB’s Gold Reserves Are Managed Based On Three Principles 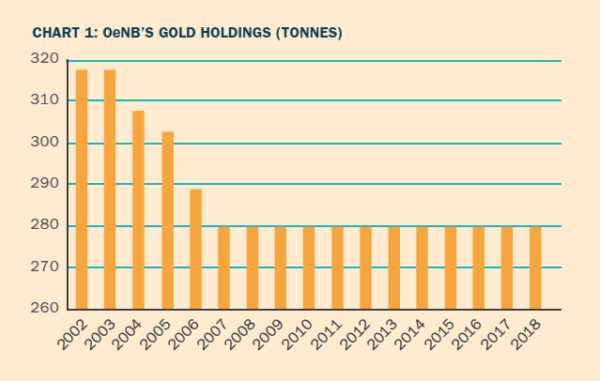 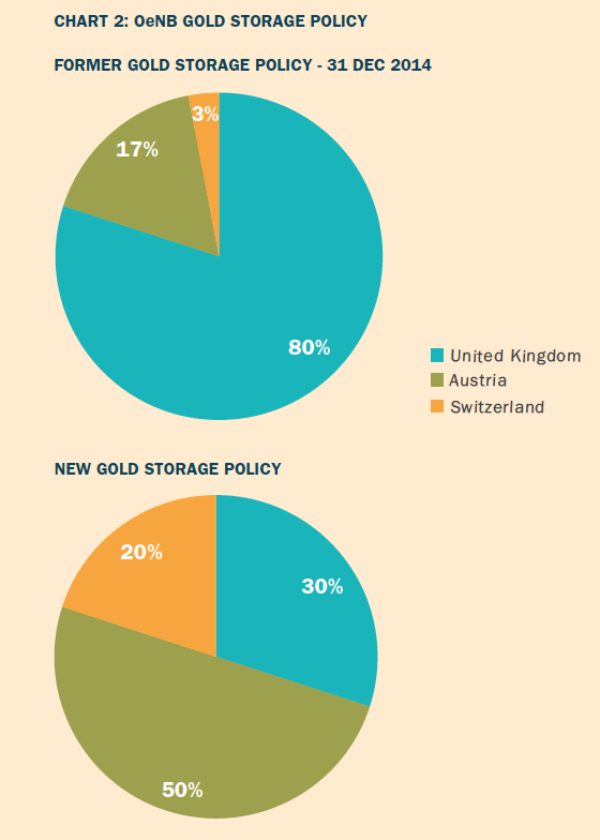 Central bank reserve asset management traditionally follows a multi-objective approach including liquidity, security and profitability. Amongst central banks, there is a variation in the relative importance of these three principles depending on their gold management strategy and the macroeconomic environment they operate in. Similar to the majority of the other reserve assets, OeNB’s gold reserves are managed based on three principles: liquidity, security and profitability, with liquidity and security being the primary objectives.

Reserve assets such as gold require a high degree of liquidity, i.e. they need to be available quickly and also without restrictions at times when market conditions are difficult. The gold market has proven to be highly liquid, even during periods of severe market stress. Moreover, gold as part of the overall asset allocation can help to reduce balance sheet risk due to its correlation with other traditional reserve assets.

Traditional gold reserves in the form of bars represent a tangible asset without credit and counterparty risk. Due to its unique reserve asset characteristics, gold reserves require a specific security and risk management framework. OeNB’s focus on security is underlined by its detailed gold storage policy described below.

The objective of profitability has a lower relative importance compared to liquidity and security. In general, OeNB aims to implement a cost- effective storage policy without compromising its primary objectives. In a market environment supporting gold-lending transactions, OeNB has the option to use these transactions in order to cover storage costs or even to make a profit.

OeNB’s gold storage policy defines several criteria which have to be fulfilled in order for a central bank to qualify as an eligible storage facility for OeNB’s gold reserves. Gold reserves are only stored with central banks located in countries with stable democratic and economic structures. These countries, and consequently their central banks, need to follow the highest legal standards guaranteeing sovereign immunity rights of OeNB’s reserve assets. The storage facilities need to apply the highest security standards as OeNB does for domestically stored gold reserves. The selection of countries and partner central banks takes into consideration a sufficient degree of diversification of OeNB’s storage facilities. This diversification supports the principles of diligence and prudence in the conduct of business, and the mitigation of risks from substantial crisis situations, e.g. environmental disasters, radioactive accidents or acts of war, and perhaps most important nowadays, terror attacks. Within the contractual framework, each storage facility has to guarantee access for OeNB’s employees and auditors for regular examinations of OeNB’s gold holdings. Moreover, the marketability of OeNB’s gold reserve assets for monetary policy purposes is a key element of the overall geographic composition of gold storage facilities selected.

For example, by the end of 2014, OeNB held around 80% of its gold reserves in the United Kingdom, around 17% in Austria and around 3% in Switzerland (see Chart 2). Following a review of its gold management strategy and storage policy and given the change in the framework conditions described above, OeNB adopted a new gold storage policy in 2014. By 2020 at the latest, half of OeNB’s total gold reserves (280 tons), are to be stored in Austria. The 140 tons remaining in custodian storage abroad will be divided between the United Kingdom (an estimated 84 tons) and Switzerland (an estimated 56 tons). Alongside other strategic considerations, this policy currently represents an optimal trade-off between diversification and liquidity. The main reasons for changing the gold storage policy were multifaceted. Firstly, OeNB took into account recent developments in the international management of gold reserves. These developments included a shift towards domestic storage of official institutions’ gold reserves, for example by the Bundesbank, and an overall increase in transparency concerning specifically gold reserve assets. In Austria, OeNB also observed a significant increase in public interest in OeNB’s management of its gold reserves. Besides numerous media reports, OeNB received more than 50 inquiries from different political parties of the Austrian Parliament. Therefore, OeNB decided to increase the transparency with regard to its gold reserves.

Secondly, a significant change in market conditions in recent years, with rates for collateralised gold- lending dropping, led to a phasing out and temporary suspension of this transaction type due to risk-reward considerations. Thirdly, OeNB evaluated the concentration risk of its gold holdings and decided to increase the degree of diversification of its storage facilities.

De Nederlandsche Bank, Deutsche Bundesbank and OeNB, publicly announced that they have already implemented or are in the process of implementing new gold storage policies. 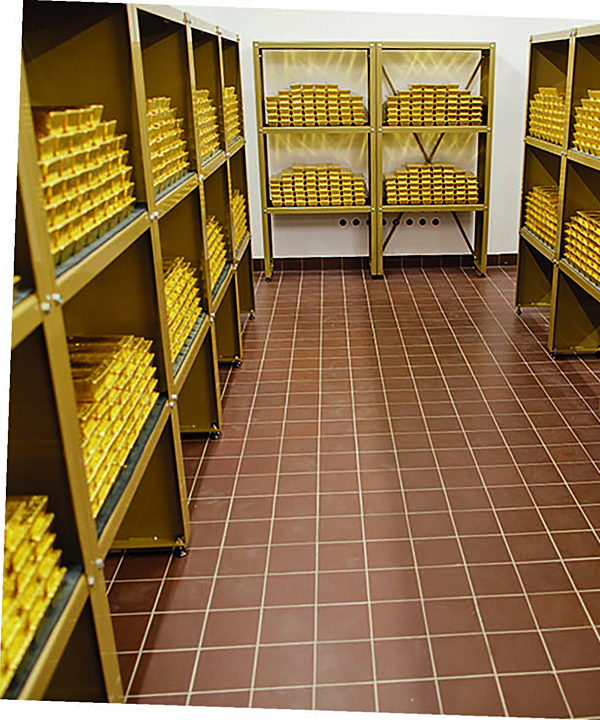 Inside the gold vault of the OeNB

The most recent developments in central banks’ gold management included adjustments in their gold storage policies and an increase in transparency. Several central banks, e.g. De Nederlandsche Bank, Deutsche Bundesbank and OeNB, publicly announced that they have already implemented or are in the process of implementing new gold storage policies. The actual reasons for these adjustments are manifold and include an institutional change in the character of central bank reserves due to the creation of the Eurosystem, a focus on a balanced mix of storage locations and consideration of an increased public interest in central bank transparency. These transparency initiatives included press releases concerning the progress in storage location adjustments, the publication of detailed gold bar lists, as well as the release of videos showing central banks’ gold storage facilities. Going forward, central banks will have to continue to face the challenge of finding the right balance between (1) transparency, in order to sustain confidence in central banks’ activities, and (2) confidentiality, in order to safeguard their gold holdings as an essential part of the reserve assets. 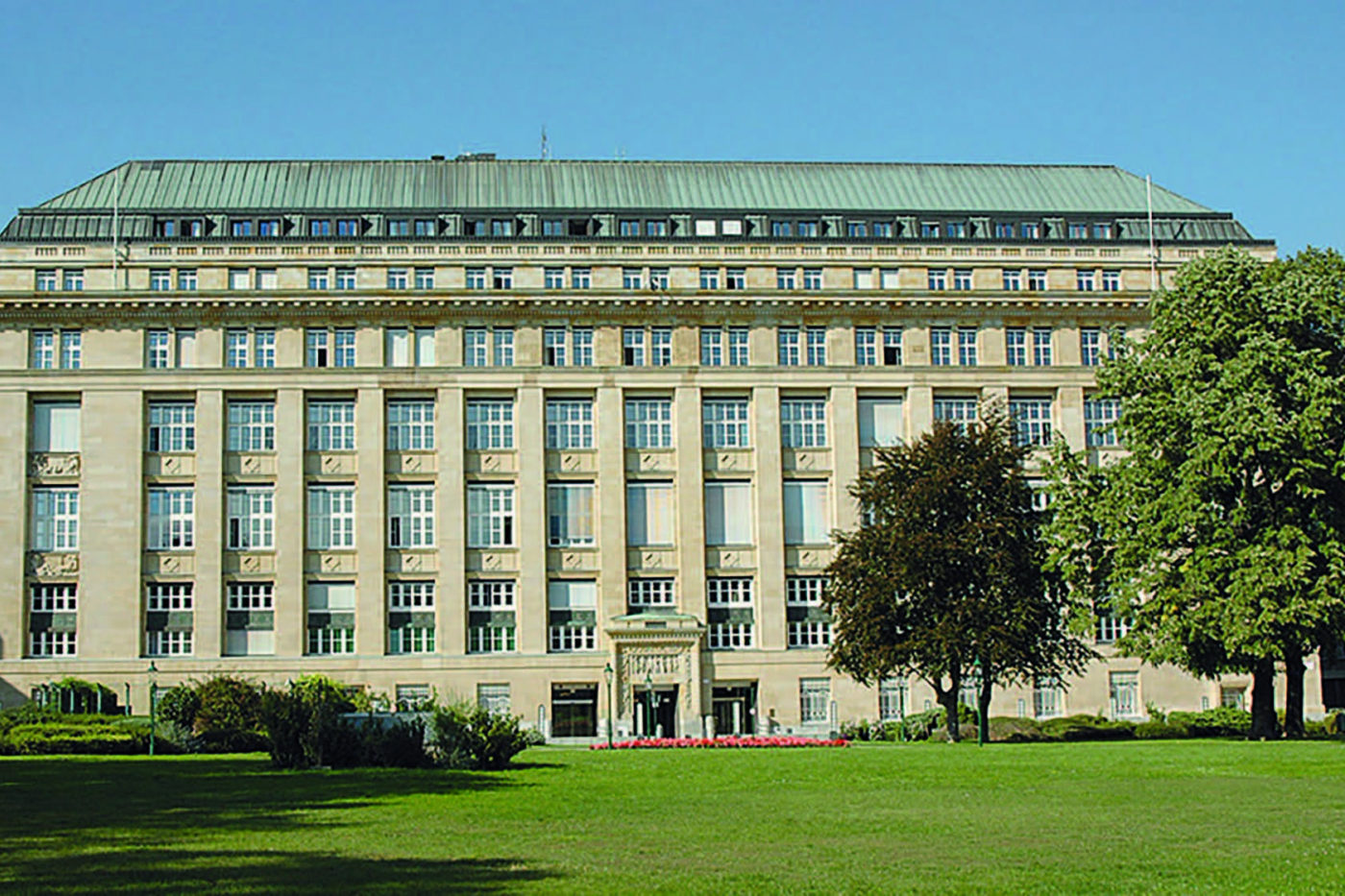 Peter Mooslechner became a member of the Governing Board of the Oesterreichische Nationalbank in 2013. Born in 1954, he studied economics at the Johannes Kepler University (JKU) Linz, where he also received his doctoral degree in 1981. After having worked at the JKU, he held a research position at the Austrian Institute of Economic Research, before he joined the OeNB in 1996, where he became Director of the Economic Analysis and Research Department in 1999. Peter Mooslechner represents the OeNB in numerous national and international bodies, has taught economics at a number of Austrian universities and has published extensively on a broad spectrum of economic policy issues.

Franz Partsch is director of the treasury department of Oesterreichische Nationalbank (OeNB). He joined OeNB in 1990 and previously served as head of the treasury strategy division and head of the equity interest management division. He also held positions in the credit division as well as the monetary statistics division. Before joining OeNB he worked as a credit analyst in a commercial bank. Franz Partsch holds a Master of Business Administration from Vienna University of Economics and Business Administration.