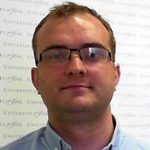 12 September 2019 marks the centenary of the first gold price, or what is now known as the LBMA Gold Price. To mark this momentous occasion LBMA are planning a series of celebratory events during 2019. To kick start the year, in this edition of the Alchemist, we are featuring the first of four articles from Fergal O’Connor, which draw on his academic analysis of the gold price over the last 100 years. Further articles will feature in subsequent editions of the Alchemist in 2019.

In February 2017, I was contacted to see whether I knew if the daily gold price for the London market pre-1968 was available. I assumed that it existed but didn’t know where and began contacting the organisations that I thought might have it in some form, if not in a useable datafile. The Fixings Company, LBMA and the Rothschild Archive all said they didn’t have it and no obvious leads seemed to be available. The Rothschild Archive website stated: “A complete record of the daily gold prices from the New Court Gold Fixing 1919-2004 has proved surprisingly elusive.”

That this data which appeared to me to be so important to financial and economic history research could be missing seemed a fascinating oddity. Without any real plan as to what I would do with it if I found it, I started searching. I started ordering old books and reports as loans to the University Library where I worked, assuming that it couldn’t have been completely forgotten.

It was six months before I found the daily price data from 12 September 1919, the first day of the Gold Fixing, at the back of the 1925 Royal Mint annual report. I ordered the annual reports for other years, but this was the only occasion that the Mint published it.

It was a few more months before I took my first trip to the British Library and found, in neat columns in books which never seemed to have been opened in the library before, the daily price running from 1919 all the way to March 1965 – in the Quins Metal Handbook and Statistics.

Here again, the data abruptly stopped as the Handbook changed its format and only reported monthly averages for the Gold Fixings price from there on. It seemed like I had added to what we knew, but the daily gold price would have a gap from 1965 to 1968. Luckily, the annual handbook had an advertisement for a bi-weekly magazine in it – the Metal Bulletin – so I went to look for that. The remaining daily prices were there and, following some more days in the library, I had copies of all the data ready for transcription.

I contacted the Rothschild Archive and it very generously agreed to give me a grant to transcribe the prices. It has also agreed to house the data on its website. The daily price data will be freely available to researchers to use in time for the centenary of the Gold Fixing in 2019. Below is a chart of the daily price from 1919 to 1925, during which gold prices floated freely, and some background about that period. I will write three more pieces this year for the Alchemist discussing the other free gold price period (1931 to 1939) and the two periods of fixed gold prices before 1968 when the Fixing continued to operate.

Some background on the early fixing

The first Gold Fixing took place on 12 September 1919 in the offices of NM Rothschild. The gold price had been freed following pressure from the South African miners who had seen their costs rise during and after WWI, while the sterling price of gold that the Bank of England paid them remained a constant at 84s 10d per fine troy ounce. The fall in sterling’s value since floating freely in March 1919 meant that if they had been allowed to sell their gold in New York, they would have been receiving 16% more, but an agreement with the Bank of England obliged them to sell their gold in London.

As the Fixing was set to begin, the Financial Times reported that “much interest” had been taken in gold’s new price freedom and The Economist reported that the market for South African Gold Mining shares was “ablaze” with speculative interest. This was in stark contrast to the public discussions of the gold market participants. In bullion broker Samuel Montagu’s 1919 annual letter, the new Gold Fixing itself was not mentioned and in its weekly letters covering the newly formed Fixing, it only stated that gold had become exportable under a licence from the Treasury.

This disconnect between pubic excitement at the free gold market and the bullion brokers’ sober attitude points to the fact that the Gold Fixing as a format to buy and sell gold was not really new. Rachel Harvey (2008)1, developing on earlier research by Tim Green, shows clearly that this was the formalisation of a meeting which took place once a week prior to the outbreak of war. The Wall Street Journal reported that one of its reporters had attended one of these meetings in 1907 with four gold brokers attending and their description of the event corresponds exactly to what we would think of as the early Gold Fixing. So while a Gold Fixing was not wholly new, the fact that it was more publicly known about and occurred daily seems to have been a change in the market.

The new Gold Fixing operated on a pure basis, rather than on the 11/12ths fine basis as had been the case before the War. In the final year before the outbreak of WWI, Samuel Montagu’s annual letter reports that the price had remained the same on every single day of trading. That was not to be the case in the new market where the primary driving force behind the daily gold price was the pounddollar exchange rate. On the second day of the Fixing, the sterling price was 98s 6d, while the US gold price was $20.67 and the pound-dollar exchange rate was £4 17 5d. This meant that the London price was about 6d less than the New York price, a difference reflected entirely by the cost of shipping, which contemporary sources put at between 0.4% and 0.6%.

Samuel Montagu published a weekly letter on the gold and silver market during this period, which was widely republished through the Financial Times and Financial News newspapers. Each letter had a large amount of detail on the silver market but very little about what was driving gold prices, probably pointing to a market that was primarily serving official buyers rather than investors and speculators, who made up a large portion of silver demand.

According to Moccatta and Goldsmid’s archives, in the first five weeks of the new Fixing, 660,000 ounces of gold were traded, with the India Office being the primary buyer. By the beginning of 1920, the Financial Times reported that the bulk of the gold being sold on the Fixing was destined for India and China. Samuel Montagu’s 1920 annual letter said that in the first 15 months of the Fixing, 50% of sales had gone to New York buyers, 25% to India and the remainder to the rest of the world. No figures on the daily volume of the Fixing seem to have survived, but from Samuel Montagu’s weekly letters in 1920, we are told that London exported between £350,000 and £6,500,000 worth of gold to New York per week. As only gold sold through the Fixing with an export licence from the Treasury could be sent to New York, these figures give some indication of the weekly liquidity.

On 28 April 1925, Great Britain returned to the Gold Standard at its pre-war parity with the dollar. This ended the first modern historical time period during which all major powers operated under floating exchange rate regimes. At the Fixing, which took place before the announcement, the gold price fixed at 86s – up from 85s 9d the previous day. The new Gold Standard rate was from 29 April 84s 11.5s, indicating that the participants at the Fixing must have been surprised by the reintroduction of the Gold Standard, having paid a premium.

This newly collated gold price data for this period will allow academics and market participants an opportunity to investigate how free gold prices and gold markets during a Gold Standard behaved before 1968, for the first time in recent history. Among other things, this will help us to see whether gold’s modern role in an investor’s portfolio as a diversifier and safe haven for investors is a long-run characteristic or a modern innovation.

1. Harvey, R. (2008). Duty to firm and market: the subnational and sociocultural constitution of the London Gold Fixing, a global financial market. THE UNIVERSITY OF CHICAGO

Fergal O’Connor is a lecturer in Finance at Cork University Business School and was previously a lecturer at the University of York. His research on Precious Metals began when he was awarded the 2011 LBMA PhD Bursary for the study of the London Gold Market and he has gone on to publish a range of research on the topic. Currently, his research focuses on building a clear picture of the operation of London Bullion Market from its inception in 1919, as well as a daily price series for gold and silver.