“If you’re interested in global finance, why not instead study the larger credit default swaps market?” It was a fair question from an individual I was interviewing. I responded by explaining how Timothy Green’s research (Green 1993) on the world gold market had captured my attention. 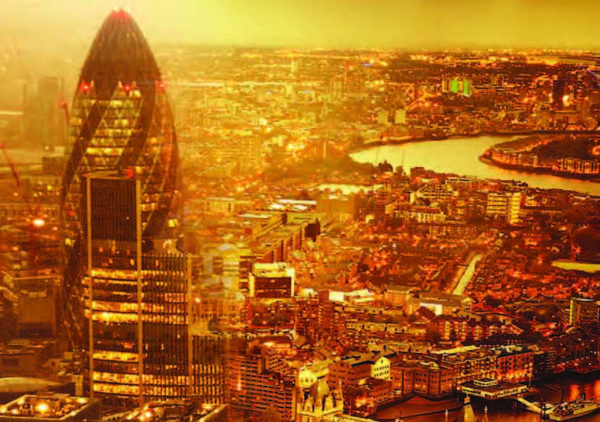 It was early 2006 and I was in London researching how the London gold market’s culture has shaped its development throughout the 20th century. If I had been asked the same question after the 2008 global financial crisis, I would have responded differently. In the aftermath, scholarly and policy analyses identified flawed incentive structures (the rewards and sanctions governing market behaviour) as important factors contributing to the predatory lending, excessive risk-taking, regulatory arbitrage and other questionable practices underlying the crisis. Reflecting on my data, I realised that if the markets at the centre of the debacle had a culture similar to that of the London gold market – with its emphasis on participants having a collective responsibility toward fostering the long-term health of the market – then several factors underlying the crisis would have been counteracted.

The data I gathered revealed the existence of a ‘genteel fair play’ culture1 in the London gold market (LGM). While it appeared to shape the market as early as the 1930s, the most robust evidence of its existence is from the 1970s. Traders recalled bullying each other, competing aggressively and trying to “kill each other with a smile”. They also recounted a parallel system of conduct characterised by co-operation, honourable forbearance and an overarching duty to create a healthy and sustainable market. In this manner, the values of loyalty, duty and honour underpinned the functioning and regulation of the LGM.

Honour was essential to gold dealing and market settlement. Once a trader quoted a price, they could not alter the figure even if the quoted price meant they would lose money. Gold traders were expected to quote a reasonable spread, or difference, between their buy and sell prices. These practices were critical for creating market liquidity. The reliance upon a counterparty’s honour was particularly important since settlement was handled informally. Usually, each trade was scribbled into a dealing book or recorded on a trading slip. During hectic periods, however, trades could get lost in the shuffle. If unmatched sales or purchases emerged during settlement at the day’s end, then the transaction would be split among the parties – regardless of whether it resulted in a profit or loss for them. Reputation and honour were also the basis of credit control. Well into the late 1970s, a majority of the bullion firms were owned by thinly capitalised merchant banks (when compared to American, German and Japanese financial conglomerates). Trust was placed in the firm that it would honour the obligations of its traders – even if it meant that the firm took a large loss2.

The culture also shaped how the Bank of England (the Bank) regulated the LGM. Instead of utilising legislation, it preferred an informal governance style that emphasised the values of loyalty, duty and honour. The Bank expected its employees and the firms it regulated to do what they said they would do (Courtney and Thompson 1996). While rule violators faced expulsion from the financial world, the Bank appeared to effectively halt any problematic behaviour with a phone call or a rule violator visiting its premises for a quiet discussion.

Individuals acted according to the genteel fair play ethos for reasons that went beyond the strategic, rational cost-benefit calculating behaviour normally associated with markets. This is seen in the use of numerous gentleman’s agreements between the dealing firms to limit competitive behaviour (e.g. fixing commissions, discouraging the poaching of another firm’s clients)3. Clearly, these arrangements protected the pecuniary interest of the bullion trading firms, but they were also based in a collective responsibility towards fostering stable market making. Competition was valued, but it was seen to have limits. As one individual noted, the market should never be “bled for the margins” or fall prey to ruinous rivalry4.

A similar dynamic was seen in the boundaries placed on earning profits from transactions. Several interviewees who traded gold in the 1970s noted that they would not make money on a position if it was based on an unfair advantage. One trader told me about a scenario in which he had an opportunity to profit off another dealer who recorded their transaction incorrectly. This individual explained that the right course of action was to correct the counterparty’s mistake. If he did not do this, the person would never trust him in future. At the same time, he also noted that if you acted in a dishonourable way, then you were just that – dishonourable.

A similar approach to profit-making was seen in client dealings. Traders could have profited at the expense of clients by colluding, e.g. demonstrating honour among thieves. Yet, evidence suggests that such behaviour was frowned upon. For instance, in the 1970s, price movements ceased when the LGM closed for the day. The practice was to telegraph clients in Europe asking whether there was any interest in buying or selling gold at the closing price. The next morning, telegrams from Europe would be waiting. Once, a client’s telegram was delayed, during which time the price had moved upwards.

Instead of making the sale at the new price, the firm transacted the deal at the previous day’s closing price. Doing otherwise would have been seen as making money from an unfair advantage. Summarising his experiences in the LGM, one trader noted that he had just “tried to do the honourable thing”4.

The Bank’s commitment to this ethos also went beyond strategic concerns. In the 1930s, for instance, the Bank made efforts to control speculative currency and gold transactions. Instead of utilising legislation, Bank staff circulated a letter explaining the guidelines to be followed. While they pondered legislation, they instead decided to rely upon the “loyalty and discretion of the market” to curtail speculative transactions (see panel 1). The non-strategic commitment to this regulatory approach still existed in the 1970s (see panel 2). The Bank was the “moral authority of last resort” for the genteel fair play ethos.

Honour was essential to gold dealing and market settlement

Genteel Fair Play After The 1970s

After the 1970s, the cultural and institutional infrastructure supporting market-making in the LGM changed. With the repeal of exchange controls in 1979, skyrocketing gold prices and high inflation, participation in the market grew dramatically. By 1985, the market had expanded from five to more than 55 firms. The small intimate environment dominated by the genteel fair play culture gave way to a larger market with a more aggressive trading ethos. The poaching of clients (and employees) became regular practice. Fixed commissions and spreads went by the wayside. Over time, companies also became more reluctant to allow employees to volunteer in market infrastructure ‘maintenance’ activities.

Countering these trends in the 1980s was a cohort of traders who entered the LGM between the late 1960s and the mid-1970s. These individuals became the primary bearers of a modified genteel ethos which emphasised a custodial commitment toward creating a healthy and sustainable market. Many of these traders spearheaded the creation of London Bullion Market Association (LBMA). They guided the new organisation to formalise many existing market practices and develop rules that, at the very least, implicitly embodied elements of the older ethos.

Becoming an LBMA member, for instance, involved a temporal and monetary commitment to the LGM. Applicants needed to have at least a year-long, bullion-based trading relationship with at least three LBMA members prior to applying for membership.

The legacy of the genteel ethos also informed the differentiated trading commitments of the membership levels. The highest market- making membership level required a company to possess the relevant personnel and infrastructure to quote continuous two-way prices on a full range of gold and silver products. Other marking-making members needed to be active traders in both gold and silver. This ethos was also reinforced by the sense of community LBMA cultivated among members with its voluntary committees, annual conferences, dinners and workshops. Even in the face of changing market conditions since the 1970s, LBMA and a core cohort of traders have preserved elements of the genteel fair play ethos in the LGM’s governance.

Lessons From The Past

In light of contemporary electronic markets, the genteel fair play ethos might seem quaint, if not antiquated. Yet, it yields at least two lessons for today. First, the culture was prevalent throughout the LGM and its institutions. It informed relations between traders, the bullion firms and the Bank. Regardless of whether commitment to the ethos was based on strategic or non-strategic motivations, its multi-layered enforcement made it the generally accepted way to conduct business.

Second, while the LGM’s ethos might seem perfectly ‘old fashioned’”, elements of its culture are often presumed to be critical for successful market regulation and sustainable market-marking. Markets are characterised by uncertainty, information asymmetries and imperfect monitoring. To be fully effective, incentive systems must have continuous monitoring mechanisms or leave participants with the sense of constant surveillance. Unless these conditions are met, incentive systems will risk failing because it is impossible to watch everyone all of the time. Opportunistic behaviour and malfeasance will eventually emerge. Compliance with market governance thus works best with a culture similar to the genteel fair play ethos.

Text of a Bank of England archival document

Hoarding: means everybody his own banker. Is contagious and spreads panic. Arises out of and contributes to the discredit of all those who deal in and depend upon credit.

Fancy prices approximate to a swindle. London has everything to gain by being Caesar’s wife. Banking is not money-changing, c.f. buying sugar by the cwt. in a general strike. Taking advantage of those who know no better: and spreading the pestilence by house-to-house calls, etc. Premium justified when for the sake of centralising gold: but dealing the other way profits nobody but the middleman. On balance the customer loses. Panicky quotations disturb and disorganize currency markets and are certainly our legitimate concern.

Switzerland and Holland: B.I.S. [Bank of International Settlements] circular letter (extract below). Only principles asserted, their application left to the loyalty and discretion of the market.

Attitude Of The Market

Is it general? Nonsense to talk of legislation ad hoc. But do they mean they would prefer administrative, departmental action, or by-laws? This would certainly be with the trend of the times. But we prefer guidance, which relies and depends upon loyalty: not blind loyalty, but at the same time not malicious or subversive criticism.

Rachel M. Harvey, PhD is an Adjunct Associate Research Scholar with the Center on Global Economic Governance, Columbia University. She received her PhD in sociology from the University of Chicago. She is a Fellow with the Framing the Global Research and Publication Project, Indiana University. Her publications include Money, Markets, and Struggles against the State: Reframing the Global and the Particular (forthcoming, Indiana University Press) and “The Legal Construction of the Global Foreign Exchange Market” (2013, Journal of Comparative Economics).