The Central Bank of Hungary increased its gold reserves tenfold in 2018 and also repatriated all its reserves. 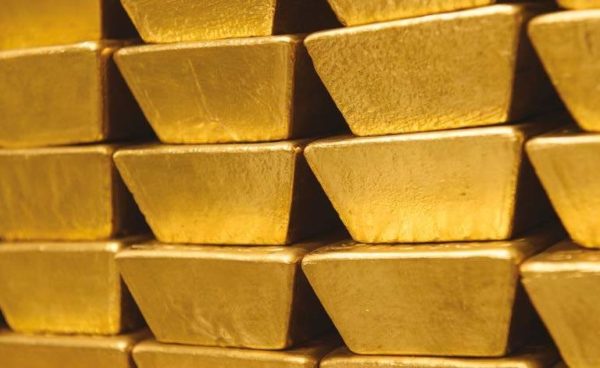 The Monetary Council of the Central Bank of Hungary (Magyar Nemzeti Bank, MNB), taking into account the country’s long-term national and economic policy strategy objectives, made a decision of historical importance to overhaul its gold reserves policy. The result of its deliberations was that, as a first step, the central bank repatriated its then existing gold holdings from London to domestic storage facilities in March 2018, and then it increased the size of its holdings tenfold in October 2018. Consequently, the stock of the precious metal rose from 3.1 to 31.5 tonnes. This was the first time in the last three decades that the MNB purchased gold.

When central banks have to choose between safety, liquidity and return, most of them will prefer safety and liquidity over return.

This act of returning to the old roots of central banking stems from two sources. The central bank side of this ‘coin’ is to hold gold in its foreign reserves as one of the safest assets in the world with good diversifying properties and liquid markets. The public side is equally important. After the traumatic years of the Global Financial Crisis, which undermined confidence in the whole financial system and fundamentally transformed central banks’ attitude towards gold, Hungary needed a credible tool that enhances stability and confidence even under normal market circumstances, symbolising strength and wealth.

The MNB believes that its bullion reserve – physically stored in the country – serves not only as a line of defence in extreme market conditions, but it also increases trust. Therefore, owning gold is not only an investment but also an economic strategy consideration.

In addition to its favourable liquidity, gold has a low correlation with other asset classes, and therefore it has good diversifying properties in traditional reserve portfolios.

Gold is a traditional reserve asset and easily fits into the conservative reserve management framework of a central bank. Foreign reserves are held to support monetary policy and financial stability in the first place and, therefore, when central banks have to choose between safety, liquidity and return, most of them will prefer safety and liquidity over return.

As for the requirement of safety, one of the most important characteristics of gold is that it has no default risk. A typical central bank foreign reserve portfolio is dominated by fixed income instruments, mostly high credit quality and usually short duration sovereign, supranational and agency bonds. This is basically the lowest possible credit risk an investor can get in the investment universe. Still, these are all liabilities of some issuer, and in extreme circumstances, the ability or willingness of repayment could come into question.

This is not the case with gold, which is nobody’s liability and, hence, a true default risk-free financial instrument. Gold is also a highly liquid asset.

In terms of market size, transaction cost or daily turnover, its market is comparable to other major developed market segments. The daily turnover of the gold market is estimated to be around $250 billion. During the most recent market rout in March 2020, gold, along with other asset classes, experienced substantial liquidation and thus price depreciation. However, analysis suggests that during the market turmoil, gold played a role as a source of liquidity and was actually used to raise cash to cover margin requirements of other portfolio elements. In addition to its favourable liquidity, gold has a low correlation with other asset classes and, therefore, it has good diversifying properties in traditional reserve portfolios.

“Fiat money in extremis is accepted by nobody. Gold is always accepted,” said Alan Greenspan, then Chairman of the Federal Reserve of the United States, in a 1999 testimony before the United States House of Representatives Committee on Banking and Financial Services. Gold has a role of reinforcing trust and increasing economic stability. This is true even in a normal environment, but is especially so in extreme market conditions, in times of crises and during major geopolitical uncertainty, when economic strategy considerations and gold’s ‘safe haven’ status are even more appreciated.

Gold, especially in physical form, is an asset that can strengthen trust towards a country both within and across national borders. One of the important changes in central banks’ behaviour after the Global Financial Crisis was that the need arose to store gold in domestic locations, not in distant financial centres. One by one, central banks announced their repatriation programmes.

In addition to extreme market environments, global geopolitical uncertainties also raise the issues related to access to gold and the benefits of domestic versus foreign storage. Apparently, there is a huge difference.

Based on the evidence from Hungarian history, the country has always had a special relationship with gold. The Carpathian basin has been surrounded by rich gold deposits since ancient times. According to archaeological evidence, goldsmithing had appeared in the region already in the early Bronze Age, and the richness of the gold mines attracted the Roman Empire to conquer and occupy this land.

In the Middle Ages, for three hundred years between the 13th and 15th centuries, Hungary was Europe’s largest gold producer.

Fiat money in extremis is accepted by nobody. Gold is always accepted. 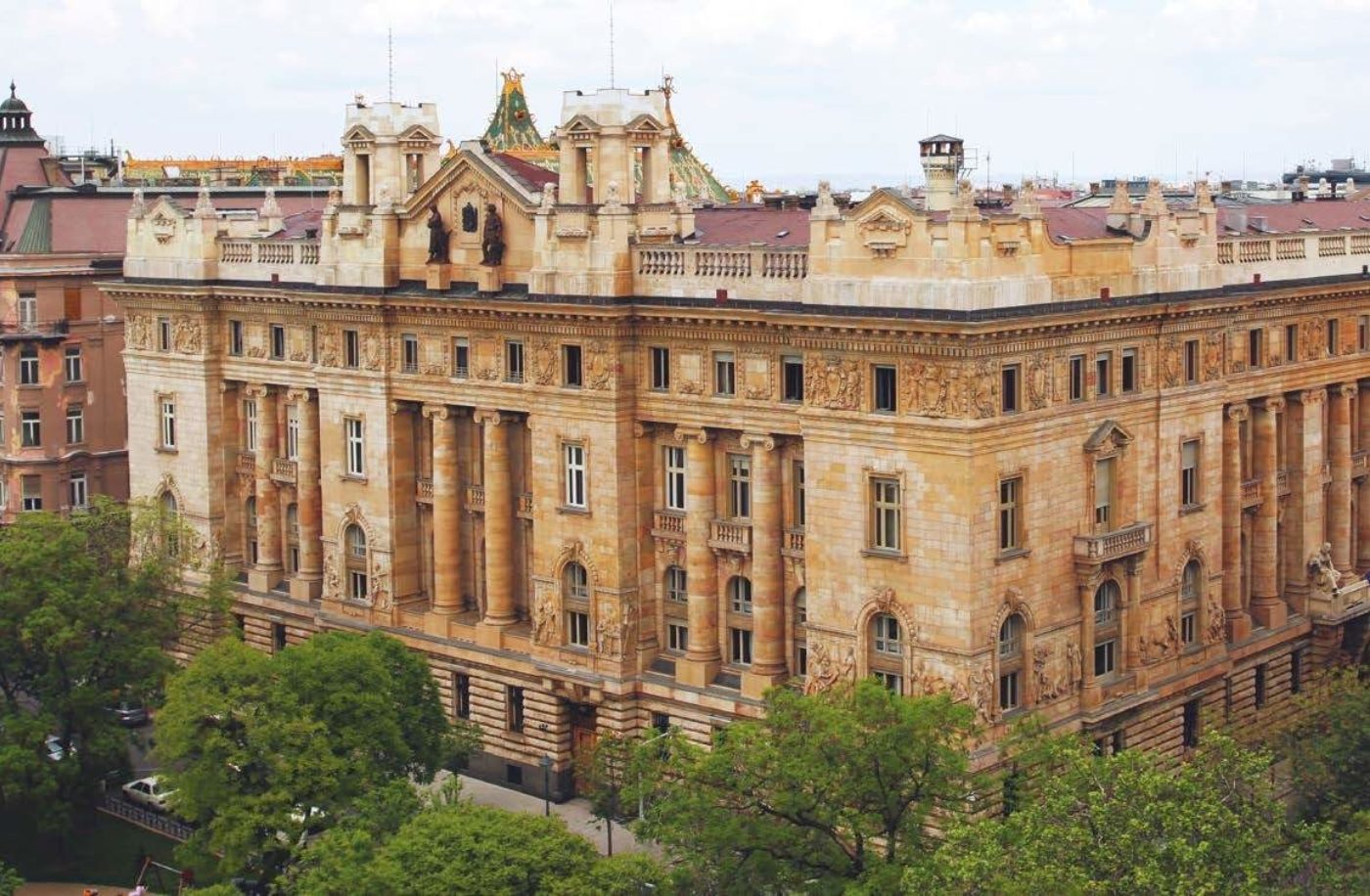 At that time, Hungary was responsible for 25% of the gold and 20% of the silver production of the whole world. The data is even more spectacular if we focus on Europe only: around 80% of the continent’s gold production came from the Kingdom of Hungary, which at its height was producing 2,500kgs annually. Other important producers were Bohemia and to a lesser degree the Holy Roman Empire (Rhein Valley) and others. Hungary’s leading role as a producer of precious metals was preserved until the discovery of the American continent and the Ottoman occupation of the country in the 16th century.

In those times, several different gold coins were in circulation on the continent, the most famous of which was the gold ducat of Venice. However, other progressively minded regions produced their own coins, including King Charles Robert of Hungary in 1325.

These coins, which were similar in weight and purity to the Venetian ducat, were also widely accepted throughout Europe as a means of payment. Hungary struck ducats until 1915.

In the middle ages, around 80% of the continent’s gold production came from the Kingdom of Hungary which at its height was producing 2,500kgs annually.

The MNB has been holding gold reserves since its establishment in 1924. During the stabilisation period after World War I (1924- 29), a rapid increase in the size of holdings was observed, and the new currency, the pengő, was pegged to gold in 1927.

The highest level of holdings, around 53 tonnes, was reached before the Great Depression, which remained stable up to World War II.

The Hungarian gold reserves had been protected with the physical support of the central bankers. Perhaps the most hectic period in the life of the Hungarian central bankers happened during the final months of World War II, when a 400-strong team of volunteering employees of the Bank managed to save the national treasures from occupying forces. They accompanied the so-called Gold Train, which carried 30 tonnes of gold reserves melted into 25kg bars and the total stock of pengő banknotes. The total value of the shipment was at the time estimated to be around $1 billion. The train left the capital, Budapest, in November 1944, and arrived in the Austrian town of Spital am Pyhrn in January 1945, where the shipment was guarded by the central bank employees until the American troops, led by General George Patton, took it into their custody in May 1945.

After the war, the shipment was returned to Hungary in full in August 1946, including the 30 tonnes of gold reserves. A very rare act in those times. That 30 tonnes of gold served as one of the main pillars of postwar economic and financial consolidation, and facilitated the introduction of the new currency, the forint.

As all elements of the foreign reserves, gold holdings are managed in an active manner, too. This used to be the case during the 1970s and 1980s, when the MNB started to publish reserve data again after a 20-year period of total lack of transparency. Unfortunately, very little information is available from the time before the political transition.

What data we have indicate that the size of the gold holdings topped out at around 70 to 80 tonnes, and that sales and purchases depended mostly on price developments and expectations.

During the final months of World War II volunteering employees accompanied the so-called Gold Train, which carried 30 tonnes of gold reserves melted into 25kg bars and the total stock of pengő banknotes.

In more recent times, active management of the gold holdings was based on yield considerations. Up until 2018, the Bank kept gold in unallocated form with international custodians in London and used all available tools to increase the return on those assets. Depending on market conditions, the Bank either left the gold uninvested, invested in term deposits with counterparties for short-term maturities or utilised periodic market dislocations, swapped into other currencies and invested the proceeds in money market type instruments. Overall, these investment activities more than covered the storage costs.

The most important relics of Hungarian history returned home in the 20th century. The first was the symbol of Hungarian sovereignty, the holy crown, which was the coronation crown used by the Kingdom of Hungary for most of its existence. 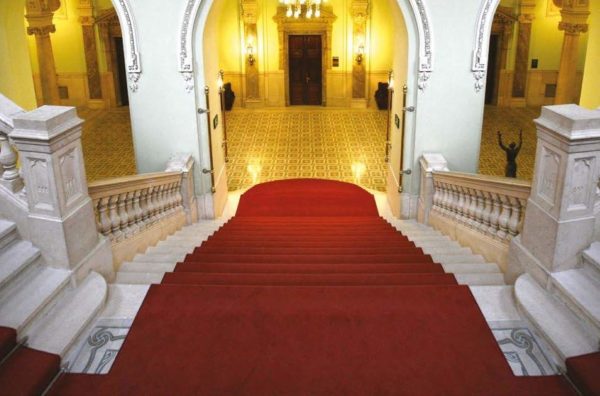 The Return Of The National Treasures

The most important relics of Hungarian history returned home in the 20th century (as detailed in the final chapter of the Gold Book published by the MNB in 2018). The first in the row was the symbol of Hungarian sovereignty, the Holy Crown, which was the coronation crown used by the Kingdom of Hungary for most of its existence. It has a way more adventurous story than the gold reserves. It was smuggled out of the country soon after the Gold Train crossed the border, and it only returned home in 1978.

The second major achievement was the purchase of the Seuso Treasure, a collection of silverware from the late Roman Empire, used in the Roman province of Pannonia and found in Hungary in the 1970s.

This was one of the most significant findings of its kind in the world, consisting of 14 large decorated silver vessels and the copper cauldron that contained them. The total weight of its known pieces is around 70kg, and its material is unusually high purity silver.

The repatriation of the gold reserves fits into this pattern. Public opinion was unequivocally positive after the fact was disclosed, which was a direct proof of the theory that gold supports confidence and increases trust.

The Monetary Council of the MNB continually monitors gold market developments and decides about every possible aspect of gold reserves management. After increasing the size of and repatriation of the gold holdings, in line with international trends, the Council decided to realise profit on these positions at the end of 2019. Later, after the outbreak of the Covid-19 epidemic, it made the decision to pay out a substantial amount of dividends to the budget to support the fiscal cost of pandemic defence. The gold holdings, serving national strategic objectives, have not been sold, and they remain at the same size of 31.5 tonnes in physical form in a domestic storage location.