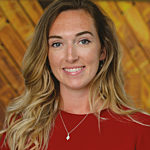 In this latest update, Rachel considers components of the 2020 regulatory framework governing the precious metals industry throughout Europe.

11 April 2020 marked the implementation date for the Securities Financing Transactions Regulation (SFTR). In light of the ongoing disruption caused by COVID-19, the first reporting deadline has been delayed until 13 July 2020.

The SFTR aims to reduce systemic risk in the Securities Financing Transaction (SFT) market by increasing transparency and regulatory surveillance. The SFTR requires financial and non-financial counterparties to report both sides of any trades considered as SFTs.

The implementation date for the Net Stable Funding Ratio (NSFR) remains 28 June 2021. Though the Basel Committee on Banking Supervision (BCBS) recently announced the deferral of some Basel III standards by one year, these do not include the NSFR.

The NSFR framework will require 85% of Required Stable Funding (RSF) to be applied for the financing and the clearing and settlement of precious metals transactions.

The challenge remains for LBMA and LPMCL to show that the 85% RSF should be as close to 0% as possible.

In 2013, the European Banking Authority (EBA) published a report which concluded that gold was not a High Quality Liquid Asset (HQLA). There was a lack of trade data available, therefore, no trading volume or turnover measures were calculated for gold, as they were for other asset classes. This led to a limited price impact assessment, which determined the 85% RSF for gold.

LBMA aims to work with the regulators to support gold’s claim as an extremely HQLA. We believe that had LBMA’s trade data been available for the 2013 report, a different conclusion for gold would have been reached. We hope to revisit those calculations using the data that we have been collecting over the last 18 months to ensure the reasonable treatment of gold among the other asset classes.

Under the UN Guiding Principles on Business and Human Rights, companies have a responsibility to undertake human rights due diligence. However, according to the latest Corporate Human Rights Benchmark, almost half of the world’s largest companies failed to show evidence of implementing such due diligence processes.

Last year, more than 100 organisations called for EU-wide legislation on human rights and environmental due diligence for all entities operating within the bloc. Germany later echoed this call when 42 businesses issued a joint statement requesting a national mandatory due diligence framework.

The European Commissioner for Justice has recently announced plans to require businesses to undertake due diligence on potential human rights infringements and the environmental impact of their operations and supply chains. The Commission’s plans involve developing a legislative proposal by 2021. The draft law will be cross sectoral with “the capacity to enforce and implement”. This announcement follows the Commission’s Study on Due Diligence Requirements Through the Supply Chain, published earlier this year.

Since 1990, the EU has continued to bolster its anti-money laundering regulatory framework. In January 2020, the fifth Anti- Money Laundering Directive (AMLD5) was transposed into national laws across the EU – only 18 months after its predecessor, AMLD4, had been introduced. However, as general awareness of money laundering garners more attention – through scandals such as the Panama Papers or Paradise Papers – the latest money laundering practices are exposed, enabling the EU to respond by continuing to bolster its legislation.

AMLD5 introduced strict enhanced due diligence measures for relationships or transactions with high-risk third countries. The list of these countries is maintained by the EU and is a vital resource for any level of due diligence undertaken. The listed countries are found to have strategic deficiencies in their anti-money laundering and counter-financing of terrorism regimes, which pose significant threats to the EU’s financial system.

In November 2018, only four months after AMLD5 was first published in the Official Journal, the EU published AMLD6. Members states must transpose the Directive into local law by 3 December 2020. This latest piece of legislation extends criminal liability to legal entities and broadens the EU’s anti-money laundering framework to include aiding, abetting, inciting and attempting any money laundering as criminal offences.