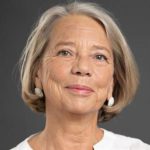 About two years ago, I quoted Stefan Zweig in the Alchemist (Edition 91 – ‘Removing the Cloak from Central Bank Gold Operations’). In 1932, he visited the gold storage of the Banque de France (BDF), poetically calling it “the epicentre of invisible waves that shake stock exchanges and banks”. Thinking about invisible waves, I didn’t imagine an undetectable virus would later shake the world economy in a stronger way than the subprime virus hidden in securitised assets did during the Global Financial Crisis.

On a more personal note, I was delighted and honoured to be appointed as LBMA’s third Independent Non-Executive Director from 1 July 2020. My only regret has been the need to hold all meetings virtually, including my first Board meeting on 3 July. Nevertheless, even if I have not been able to physically meet with the LBMA team, I’ve been very impressed by the sheer amount of work they are undertaking across the precious metals space.

I’m excited to be part of an organisation that is striving to make a real difference, particularly to improve standards and transparency. In recent years, LBMA has also engaged closely with central banks, a community that is close to my heart. My experience at the BDF, the Bank for International Settlements (BIS) and the World Bank leads me to focus on governance. To achieve an integrated, responsible and transparent market, governance is key, not only at the LBMA organisation level, but also at all levels within the gold market.

LBMA lies at the centre of the global over-the counter (OTC) market and its role is ever more important, particularly in terms of setting and enforcing standards and representing the interests not just of its members, but of all market participants.

1. LBMA’s Responsible Sourcing Programme (RSP) demonstrates just how LBMA is committed to maintaining the highest due
diligence standards for sourcing material in compliance with other international standards (i.e. OECD). A fundamental aspect of the Good Delivery List is that gold (and silver) processed through accredited refiners can be trusted to be responsibly sourced. This chain of integrity is vital to maintaining confidence in the global market and has been the foundation for the continuous development of the LBMA RSP.

2. LBMA has just published a Call for Action for International Bullion Centres, after having developed recommendations compliant with the OECD Due Diligence
Guidance framework. That initiative will further ensure a responsible supply chain. It also gives due attention to supporting and protecting Artisanal and Small-Scale Mining communities. It concerns the whole responsible sourcing eco-system, governments, and local, regional and international institutions, as LBMA cannot improve governance alone.

3. LBMA also developed the Global Precious Metals Code, a counterpart of the FX Code that was developed by central banks and the BIS. The Code’s purpose is to ensure that all trading counterparties in the gold market respect the highest standards and behaviours. While all LBMA members and the Bank of England have signed the Code, work continues to engage other central banks. In 2021, LBMA will be working with the Precious Metals Code Working Group, as well as the central banks, to update the Code and make sure it remains relevant, especially given how much the world has changed in 2020.

We have also seen LBMA take centre stage since March as global markets grapple with the fall-out of the COVID-19 pandemic, by actively communicating with key stakeholders and sectors of the market to ensure the market continues to operate efficiently.

So, a lot has been achieved but, as always, there remains more to be done. The 2021 agenda is full with our commitments to pursue all initiatives at stake and remain agile during what looks like being a prolonged time of uncertainty. I have been impressed by how LBMA has swiftly adapted to its working environment, particularly given it is such a small team. I also want to thank all those who have helped me take my first steps in the organisation.

Let me finish by saying that I look forward to working with the LBMA Executive and my fellow Board members to support the work of the Association. My deepest wish remains that we all meet in person at the next Annual Conference in Lisbon, meaning that we will have eventually emerged from this invisible wave.