83% of the world’s mining workforce relies on Artisanal and Small Scale mines for their livelihood. That comes to roughly 40.5 million people. These people were vulnerable before COVID-19 and even more so now. As gold prices rise, so does exploitation and violence for these miners.

We call on industry, government and civil society to urgently work together to support and protect these vulnerable communities.

The artisanal and small-scale (ASM) mining sector has seen tremendous growth over the past decade. This report will look at some of the key themes seen in this sector, comparing data collected from GDL refiners with statistics collated by Metals Focus.

According to their market analysis, ASM gold production has risen from around 400 tonnes in 2010 to an estimated 560 tonnes last year, with growth averaging 3.6% per annum.

To put this into perspective, over the same timeframe, global gold mine production (covering both formal and informal supplies) has risen by a more modest 2.4% per annum, from 2,794 tonnes in 2010 to an estimated 3,467 tonnes in 2019.

Despite the substantial volume of ASM gold being delivered to the market, it is perhaps surprising the small quantity of this material that is being processed by LBMA GDL Refiners. The reason for this is that, even though the LBMA looks to encourage refiners to engage with responsible ASM Miners, it is often reputationally risky to do so.

ASM: an opportunity for GDL refiners? 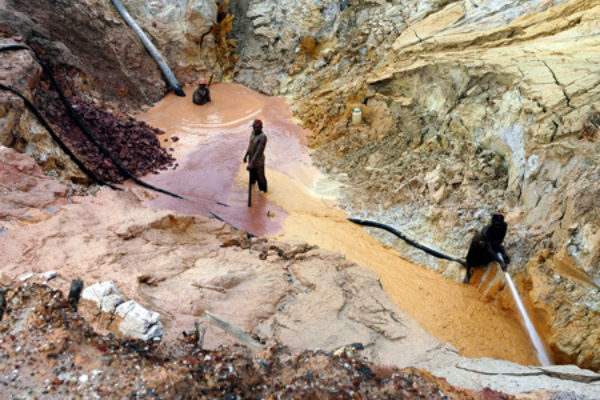 Before looking at how the LBMA is encouraging greater industry engagement with ASM it is important to first define it. While there is no universal definition, the OECD Due Diligence Guidelines define ASM as: “formal or informal mining operations with predominantly simplified forms of exploration, extraction, processing and transportation. ASM is normally low capital intensive and uses high labour-intensive technology.” According to this definition, “ASM can include men and women working on an individual basis as well as those working in family groups, in partnerships, or as members of cooperatives or other types of legal associations and enterprises involving hundreds or even thousands of miners.”

These individuals are typically looking for alluvial gold, which means newly mined gold found in sand or gravel deposits. Usually this is in the form of dust or occasionally nuggets, which is easily transported and already in concentrated form. Alluvial gold therefore tends to be visible to the naked eye. Finally, alluvial gold can be easily melted and/or semi-refined into small ingots, often up to a purity of 85-92%.

Why Does ASM Gold Matter?

83% of the world’s mining workforce relies on ASM mines for their livelihood. That comes to roughly 40.5 million people, which means that nearly six times more people are involved in ASM mining than in large scale mining. This hints at the significant economic impact ASM can have.

Equally though, it is important to recognise how dangerous this work frequently is, and that it is often some of the most vulnerable people in society who are engaged in ASM.

More effort and support is required for LBMA Good Delivery Refiners and Large Scale Miners to engage responsibly with the ASM sector. This needs to come from a range of stakeholders, including industry, consumers, governments and NGOs. This has been identified by the global community prior to the COVID-19 Crisis, and remains part of the LBMA’s long term strategic engagement.

Civil society has issued a Call to Action urging emergency action for vulnerable artisanal and small-scale (ASM) mining communities and supply chains. In times of heightened risks in global mineral supply chains, the carrying out of due diligence and support for on-the-ground, OECD-aligned initiatives remain more important than ever. In its capacity as Vice Chair of the Multi-Stakeholder Group (MSG) of the OECD Responsible Mineral Supply Chains Forum, LBMA urges its membership and all stakeholders to act now to support these projects.

Metals Focus’ supply-side research also highlights why ASM continues to be such an important part of the gold market. Their analysis first looks at trends in global gold supply, comparing changes in supply over the past decade and their expectations out to 2024, as shown in Figure 1.

The left-hand chart in Figure 1 shows that, between 2010 and 2018, global gold mine production rose by over 700 tonnes. The impact this had on global supply was partially offset by a decline in the total volume of gold that was recycled, mainly from jewellery, of just over 300 tonnes. The right-hand chart represents Metals Focus’ 2019 estimate set against their 2024 forecast. In other words, Metals Focus is expecting a much smaller rise in mine production, of about 145 tonnes. However, the impact that might have on global gold supply will be comfortably offset by a further decline in recycled gold, of around 360 tonnes. Looking to the mining sector itself, Figure 2 highlights the main changes Metals Focus is seeing in mine supply for the largest producing countries.

Figure 2: Changing Profile of Mine Supply

As with Figure 1, this graph shows the change for each country between 2010 and 2018, then compares Metal Focus’ 2019 estimate against their 2024 forecast. For example, looking at Russia, its production rose by about 90 tonnes between 2010-18, generating annual average growth of 4.8%. Looking ahead, Metal Focus expects Russian gold mine supply to rise by 58 tonnes betweeen 2019 and 2024, equivalent to a similar growth rate of 4.7% per annum.

Another key detail in Figure 2 is the distinction Metals Focus uses to show “captive and semi-captive” markets on the left-hand side of the chart and “non-captive” locations on the right-hand side. This split refers to locations where legislative or other barriers (such as export duties) mean that locally mined gold must typically be refined in the country it has been extracted from. One observation concerns the reference in the chart to Canada, which in fact shows just Ontario’s gold mine supply; this accounts for over 40% of Canadian gold mine production and must be refined in that province.

Another observation from Figure 2 concerns the changing profile of gold mine supply. Over the next five years, Metals Focus forecasts global gold mine production (covering formal and informal output) will rise by about 145 tonnes. As the chart shows though, most of that growth will be concentrated in captive or semi-captive markets. This increased supply will therefore not be available to most refiners unless they are based in the country or province where the gold is extracted. In the non-captive markets, a solid increase in Australia, together with more modest growth elsewhere, will offset losses in the US and Mali. Overall, Metals Focus’ assessment of global mine supply suggests that non-captive production could peak in 2020 before drifting lower. Nonetheless, production figures will remain close to high record levels.

Over the next five years, Metals Focus forecasts global gold mine production (covering formal and informal output) will rise by about 145 tonnes.

Returning to the ASM sector, Figure 3 from Metals Focus highlights the tremendous growth in ASM gold supply over the past decade. 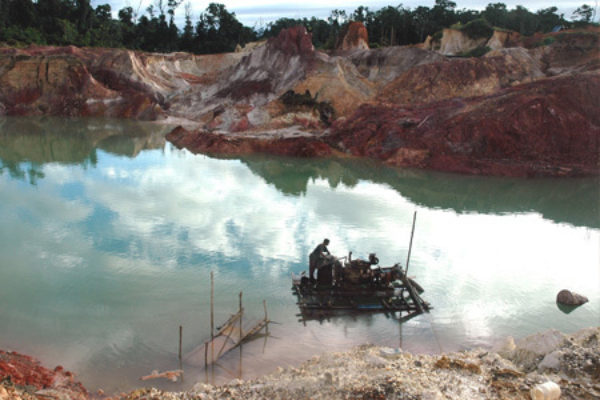 For 2010, Metals Focus calculated that global ASM production reached some 400 tonnes, which is estimated to have risen to about 560 tonnes last year. Several factors help to explain the growth in global ASM shown in Figure 3: in many countries included in the chart there has been considerable population growth; in some markets there has been a lack of opportunities available outside of ASM; many of these countries have witnessed a significant improvement in communications (that will allow, for example, electronic payments, which is vital when cash flow for ASM participants is so important) and, finally, there has been a marked expansion in the level of expertise related to extracting and processing gold from ASM.

To conclude, there are considerable opportunities, as well as notable risks associated with the ASM industry.

This leads to the important question of where does responsibility lie for developing and formalising ASM?

The final risk relates to the unpredictable nature of some ASM supplies.

For a refiner looking to process ASM gold, this risk can introduce some uncertainty in terms of how the supply operates on a day-to-day basis

In conclusion though, and even allowing for these risks, the fact that ASM gold output accounts for roughly one-third of global, non-captive gold production, and bearing in mind also the drift lower for global mine supply and, finally, the weakness in recycling, all suggest that ASM can offer a tremendous opportunity for the industry. And given the amount of people involved, and their increasing vulnerability, we call on all stakeholders to support them and engage.