From its opening keynote session on geopolitics, sanctions and mineral due diligence, the OECD Forum in early May underscored why this annual event remains a mainstay in the schedule of those who work to improve the governance of mineral supply chains.

The virtual event drew an ever-larger audience and continues to provoke a healthy debate about current and emerging trends and issues 15 years after it was first launched.

The OECD Forum always serves as a good barometer of emerging topics in the responsible sourcing landscape, or issues that precious metals authorities like LBMA will have to take into consideration in future iterations of sourcing standards.

Here are five things that piqued our interest and attention:

Trade in Russian Gold is a High-Risk Proposition

Unsurprisingly, Russia was front and centre on many people’s minds as the Forum opened. Following Russia’s illegal invasion of Ukraine in February, the US, UK, EU and their allies were quick to impose a range of crippling economic and travel sanctions against individuals and entities close to the Kremlin. In order to support an orderly market, LBMA suspended six Russian refiners from the Good Delivery List (GDL); as well as removing three banks from LBMA membership as those banks had links to sanctioned individuals.

From an LBMA perspective, while there is currently no blanket ban on Russian gold or against Russian refiners specifically, all Good Delivery List (GDL) refiners need to remain vigilant and ensure they comply with international sanctions regimes, as well as all applicable regulations and industry standards. Moreover, as US State Department official George Cajati made clear, any transaction that uses gold to evade sanctions is considered illegal under American law. As the war deepens, further measures against Russian entities and commodities are possible. In such a fluid situation, the clear message to refiners is to exercise caution through their own legal due diligence against current and potential future sanctions before making any commercial agreements.

In the middle of an otherwise unassuming session entitled ‘Strengthening the coherence on due diligence infrastructure’, a senior German official dropped a sharp wake up call to companies that rely on third party assurance assessments as part of their compliance with the EU Conflict Minerals Regulation.

As much as 80 percent of German importers (across commodities) don’t comply with the disclosure requirements laid out in the Regulation, said Matthias Baier, Head of DEKSOR, the German authority charged with overseeing EU due diligence obligations in mineral supply chains.

Without naming any audit scheme, Baier was especially critical of audit assessments that provided only summary details of what a company did to comply with due diligence requirements. He said they also lacked public disclosure of Corrective Action Plans, proof of auditor competence or copies of sample documents used to inform audit conclusions. Taken together, he felt there was a disconnect between what the Regulation stipulates and what companies are willing to share.

Michèle Brülhart, Executive Director of Copper Mark and trained auditor herself, welcomed the DEKSOR assessment, but pointed out there are often gaps between public and government expectations of due diligence and what companies can actually deliver. Nonetheless, Brülhart supported the alignment process and Baier’s comments as an important way to help clarify expectations of what authorities want and expect from an assurance assessment.

In 2020, LBMA applied for the Responsible Gold Guidance to be recognised under the EU Conflict Minerals Regulation. The assessment is now in the final stages, with the last shadow audit scheduled for later this summer. Once that assessment concludes, LBMA will take any corrective action necessary should any gaps be identified. Although a lot of progress has been made through the implementation of version 9 of the Responsible Gold Guidance launched in December 2021.

Judging by the prominent place artisanal mining found itself on the agenda—in no fewer than eight sessions—it’s clear LBMA is not the only one looking to rethink approaches and perceptions to the Artisanal and Small-Scale Mining (ASM) sector.

The partner sessions highlighted successful examples from Honduras to Mongolia where ASM gold projects, many of them in partnership with NGOs like ARM and Swiss Better Gold Initiative (SBGI), have nurtured improved sourcing habits and economic dividends for mining communities. Other sessions discussed efforts to reduce mercury use or promote financial inclusion. LBMA co-hosted a panel with the World Gold Council looking at how to improve market access for artisanally-mined gold. Panellists delved into topics like how, and under what conditions, could donor countries and industrial miners support their Artisanal and Small-Scale Mining (ASM) counterparts; efforts by the Ghana Minerals Commission to formalise ASM miners to make the sector more attractive to international traders and refiners; and the growing awareness by African governments, through initiatives like the African Mining Vision, to harness the full potential of the sector.

Key discussion points included how to build the risk appetite of downstream actors, who face reputational and regulatory risks in transacting with ASM material; as well as designing sourcing models that are cost-effective and scalable. LBMA’s move to research the answers of questions like this was positively received. The general consensus of the panellists was that positive steps are being taken in proactive jurisdictions like Ghana and Honduras, but that it will take time to see the full benefits of such endeavours.

The violence and lawlessness in Venezuela's gold-rich Orinoco Mining Arc was back on the agenda for a second consecutive year.

The role of armed non-state actors and criminal networks, some with links to the politically isolated Maduro government, are committing violations that meet the OECD’s Annex II zero tolerance threshold, according to Tamara Taraciuk Broner, Acting Director of Human Rights Watch’s Americas Division.

These violations include widespread corruption, organisd rape, deadly gun battles in both mining and civilian areas, and extreme acts of vigilante justice against people accused of stealing gold from illicit cartels.

Broner called on GDL refiners to practice enhanced due diligence on any material sourced from known transit hubs in the region, especially Brazil, Colombia, Guyana, Suriname and Caribbean islands with limited or no gold production.

The current gold bonanza in Venezuela is being driven by the political crisis, said Bram Ebus, a researcher with International Crisis Group. He recommended that neighbouring and Western governments factor this reality into their engagement with Caracas. While there is evidence of disbursed flows to political allies in the Middle East--through official channels like the Venezuelan Central Bank—Bram highlighted the “uncomfortable truth” that the majority of illicit material was in fact entering European and North American markets.

As many know, the OECD Forum is premised on tripartite, multistakeholder collaboration between industry, governments and civil society.

The role of civil society within the OECD framework is critical to the successful functioning of the Forum and its objectives. However, this year, in its annual message to participants, the global network of Civil Societies (CSOs) telegraphed their discontent with the slow pace of implementation of the OECD Guidance.

The message read in part: “Overall, civil society expressed disappointment that most concerns raised [by CSOs] in 2019 were of equal relevance in 2022. This suggest that progress on meaningful implementation of the Guidance is either poor or wanting and that the corresponding positive impacts in mining and mining-affected communities are limited or intangible.”

The CSOs recommended that the OECD Secretariat develop (with CSOs) a clear action plan and measurement framework to concretely address and monitor their concerns.

You can read the full CSO statement here.

For those who missed it, you can also find the full list of the various panels and partner sessions here.

For those looking to read some of the reports discussed during the Forum, we recommend:

Its analysis highlights how the increase in gold demand has acted as a ‘pull factor’ for criminals in the region, including organized crime groups also involved in human trafficking, human rights abuses and financial crimes. Read the analysis here. 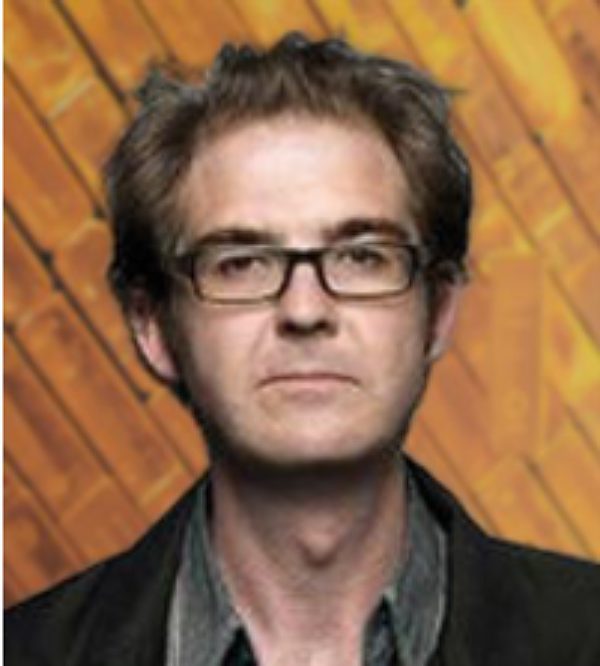 For those looking to read some of the reports discussed during the Forum, we recommend:

Its analysis highlights how the increase in gold demand has acted as a ‘pull factor’ for criminals in the region, including organized crime groups also involved in human trafficking, human rights abuses and financial crimes. Read the analysis here.

Please get in touch with Alan Martin, Head of Responsible Sourcing, at alan.martin@lbma.org.uk if you have ideas to share.