LBMA is delighted to announce the results of its 2018 Precious Metals Forecast Survey.

The Survey attracts the top analysts from the international precious metals market. 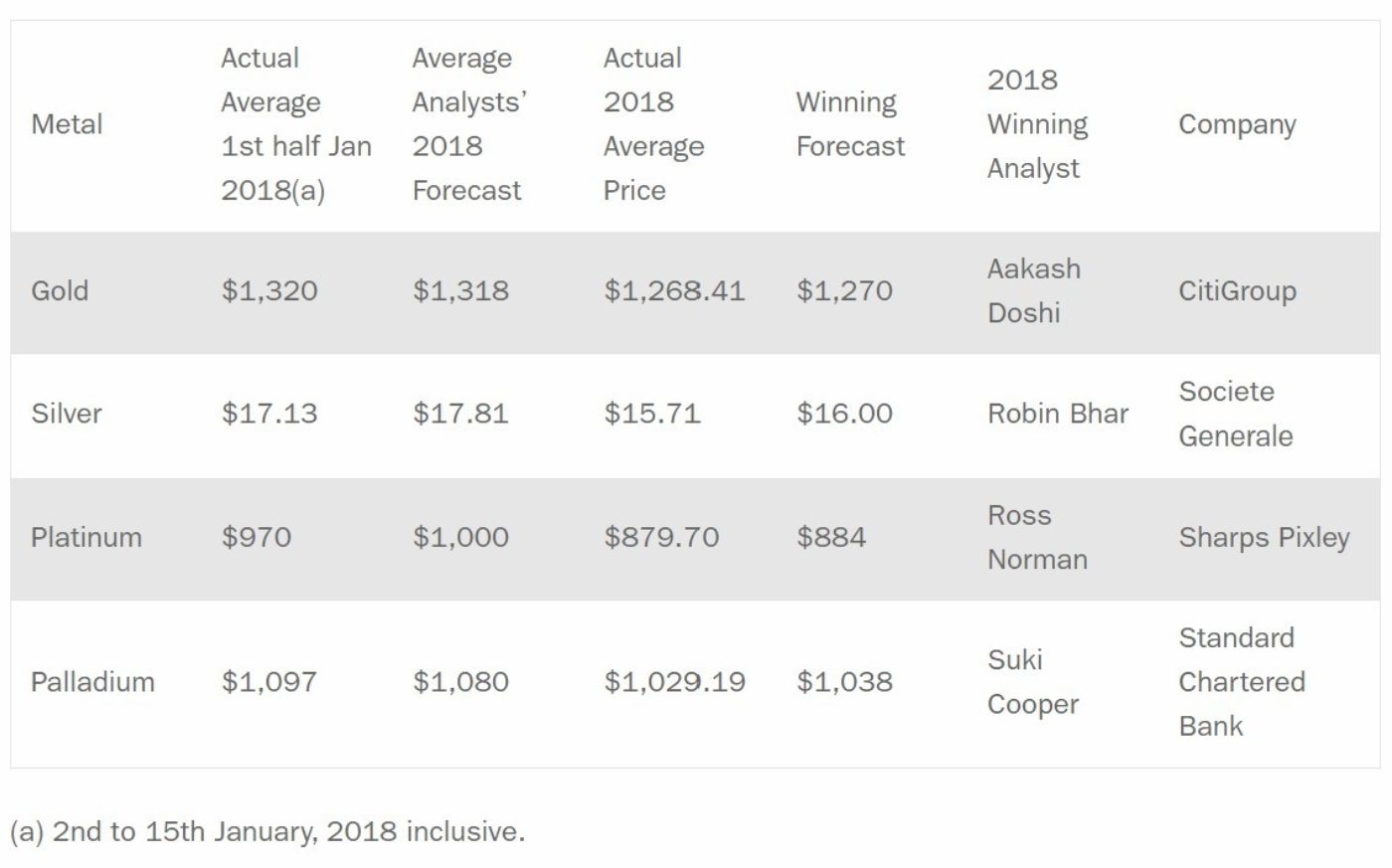 “There’s gold in them thar hills”

For platinum analysts’ had forecast an increase of 3.1% in the price of platinum to $1,000 but again this proved optimistic with the actual average price for the year $120 lower at $879.70.

Analysts’ had predicted a modest decrease of 1.5% in the palladium price, and whilst they got the price direction correct their forecast of $1,080 proved to be on the optimistic side with the average for the year being just over $50 lower at $1,029.19.

Just ten cents separated the forecasts of the two analysts who fought out the finish for first prize. Robin Bhar (Societe Generale) raised the bar and indeed claimed the bar with his forecast of $16, just edging out Bernard Dahdah (Natixis) into second ($16.10), against an actual average price for the year of $15.71. In third position was Nell Agate (CitiGroup) with a forecast of $16.70. The three of them took the top three places by virtue of being the most bearish of all the analysts.

Again those who fought out the finish for the platinum prize were those who adopted a bearish outlook for the silver metal. Claiming first prize was Ross Norman (Sharps Pixley) with his forecast of $884 less than $5 off the actual average price in 2018 ($879.70). This is Ross's sixth forecast first prize taking him top in the all time leader board alongside Philip Klapwijk and Rene Hochreiter. Back in second place was Glyn Stevens (Independent) with his forecast of $862 followed in third by Bernard Dahdah with his prediction of $910.

Many thanks to all the forecast contributors and PAMP for the generous donation of the winning prizes.

The results of the 2019 Precious Metals Forecast Survey will be published at the end of January, 2019.