London sits at the centre of the global precious metals markets.

Over The Counter (OTC)

Members of the global precious metals markets trade with each other and with their clients on a principal-to-principal, or bilateral, basis, which means that all risks, including those of credit, are between the two parties to a transaction. This is known as an OTC market as opposed to an exchange traded environment. While transactions between members tend to be in standard dealing amounts, when dealing with clients, a dealer will provide a tailor-made service – offering quotes for variable quantities, qualities and types of precious metal as well as for various value dates and delivery locations. Thus OTC markets offer far greater flexibility for clients compared to a futures exchange that operates with standardised contract sizes, delivery dates and settlement locations.

While other cities, and countries, specialise in futures exchanges or in the trading of small bars, London is the fulcrum of the international OTC market. So if a bank in Australia is trading precious metals with a gold mining company based in South Africa (for example) then almost inevitably the metal will settle over accounts in London. This is akin to the way in which London is the clearing centre for the British pound sterling, New York for the US dollar, Tokyo for the Japanese yen and so on.

Obviously, the United Kingdom is not the world’s foremost producer of precious metals. Nor is it the world’s leading consumer of gold, silver, platinum or palladium. So how did the City of London gain this role?

The roots of the London bullion market can be traced to the partnership between Moses Mocatta and the East India Company, which started shipping gold together towards the end of the 17th century. Shortly afterwards, while Sir Isaac Newton was master of the Royal Mint, gold in England was purposely overvalued so that it became more freely circulated than silver. This increased circulation quickly led to England having a gold-based coinage, whereas the rest of Europe remained silver-based until the 1850s.

The first gold rush of 1697 brought gold from Brazil into London, partly transported on ships owned by the East India Company, which had a Royal Charter from Queen Elizabeth I. This inflow of gold led to demand for a purpose-built London vault, which the Bank of England duly set up.

Its ‘bullion warehouse’ served the whole of the European market, as it does now, and was further stocked by the influx to London from the subsequent gold rushes in California, Australia and South Africa. The refineries that were set up to process this gold were located close to the Bank of England (owner of the St Luke’s refinery), which played a key role in being a custodian, regulator and facilitator of the lending and selling of gold by other banks. 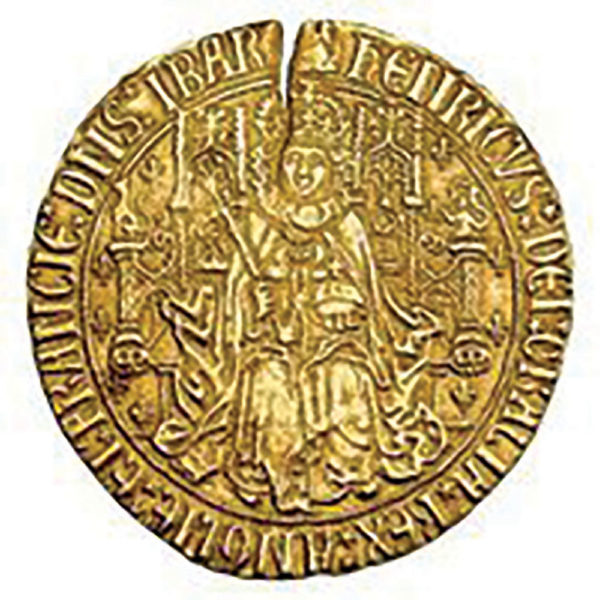 In 1750, the Bank set up the London Good Delivery List, which formally recognised those refineries that produced gold bars of a certain standard and could therefore be allowed to enter the London market. Today, this list is regarded as the only globally accepted accreditation for the bullion market, ensuring that the wholesale bullion bars traded in the market meet the standards and quality required for Good Delivery status.

By 1850, five companies – N M Rothschild & Sons, Mocatta & Goldsmid, Pixley & Abell, Samuel Montagu & Co. and Sharps Wilkins – were already established and flourishing. The term ‘London Gold Market’ originally referred solely to these five companies, which had been formed to oversee the operation of the gold market in London. In 1919, the London Gold Market set up the first Gold Price setting at Rothschild’s offices. The London Gold Market was also responsible for Good Delivery accreditations and the maintenance of the resulting List of Acceptable Melters and Assayers, as the List was originally known. The fact that London is at the centre of international time zones has always facilitated it being the optimum place from which to operate in the market.

The Market’s five original members remained essentially unchanged for
many years. However, by the 1980s, the development of the global
precious metals industry was such that the Bank of England recognised
that the custody, maintenance and regulation of the Good Delivery List
required an independent body. This was the catalyst for the founding of
the LBMA in 1987, but while London can trace its history in precious
metals back several hundred years, the human race’s fascination with
precious metals, gold in particular, goes back several millennia. 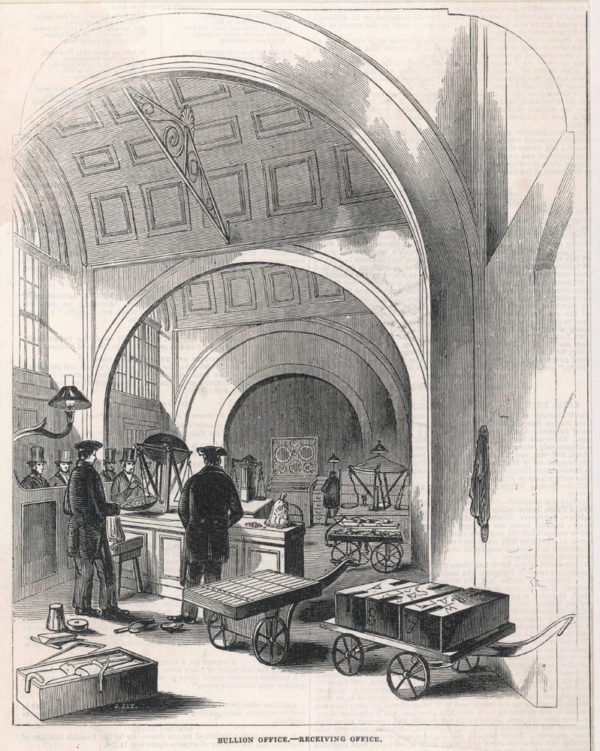 There is evidence suggesting that the Egyptians were mining gold underground as far back as 2000 BCE, with rivers giving up nuggets of the metal even longer ago than that. Obviously, much has changed in the intervening 4,000 years, not least with the first silver coins thought to have been minted some 2,700 years ago, with gold ones following on 200 years later.

It is of fundamental importance that when these precious metals are being used for monetary purpose – both as a medium of exchange as well as a store of value – then the purity of that metal must be of recognised quality. Clearly, the Bank of England understood this when it undertook that task over 250 years ago. However, the notion of acceptable quality dates considerably further back in history and the first attempts at applying uniform standards took place over 1,500 years ago in the Byzantine Empire. The oldest assayers in the United Kingdom, the Goldsmiths’ Company, has been in existence a rather more modest 700 years or so and traces its history back to the early part of the 14th century.

“In 1300 King Edward I passed a statute requiring gold and silver to be of a defined standard and requiring ‘les Gardeins du Mester’ (Guardians of the Craft) to test it and mark it with the leopard’s head. This was supposedly taken from the royal arms and later known as the King’s mark. This is the first legal recognition of the Company, and the beginning of hallmarking in Britain. In 1327 the Company received its first royal charter, giving it the right to enforce good authority, the standards within the trade and emphasising its standing over provincial goldsmiths.” (Extract from the website of the Goldsmiths’ Company).

While the earliest standards tended to concentrate on individual articles made of precious metals, the Bank of England formally recognised those refineries that produced gold bars to the required standard in 1750 via the London Good Delivery List for gold. Today, the responsibility, for both gold and silver lists, is managed by the London Bullion Market Association (LBMA).

Platinum and palladium, by contrast, are relatively recent additions to human knowledge. Platinum was first isolated in the 18th century and palladium in the 19th. London has always been an important centre for these metals as well, with trading being established in the 20th century and usually taking place alongside the longer-established gold and silver.

In 1973, the London Platinum Quotation was introduced – a forerunner of the fixings and subsequently the auctions – a twice-daily indication of the market price for spot platinum, reported by some of the principal companies dealing in the metal.

In 1979, the leading London and Zurich dealers reached an agreement to standardise the specifications and provenance of metal which they would accept as Good Delivery.

In 1987, the informal trading, which had taken place for many years on a principal-to-principal basis, was formalised via a Deed of Establishment into the London Platinum and Palladium Market (LPPM). Simultaneously, the LPPM began management of the Good Delivery Lists for platinum and palladium.

The LBMA is the pre-eminent body for the world’s largest and most important market for gold and silver bullion. The international bullion market is centred in London, with a global client base comprising all the central banks that manage their gold reserves, private sector investors, mining companies and others. The LBMA’s membership incorporates approximately 150 firms, including traders, refiners, producers, fabricators, as well as those providing storage and secure carrier services.

The LPPM can claim similar credentials for platinum and palladium, with its operations also centred in London and more than 50 members involved in the trading, mining and refining of the PGMs.

Given the different profiles of the various members of both organisations, membership categories are divided into subcategories. Details of these, along with the respective members, can be found on the websites of the LBMA and LPPM. 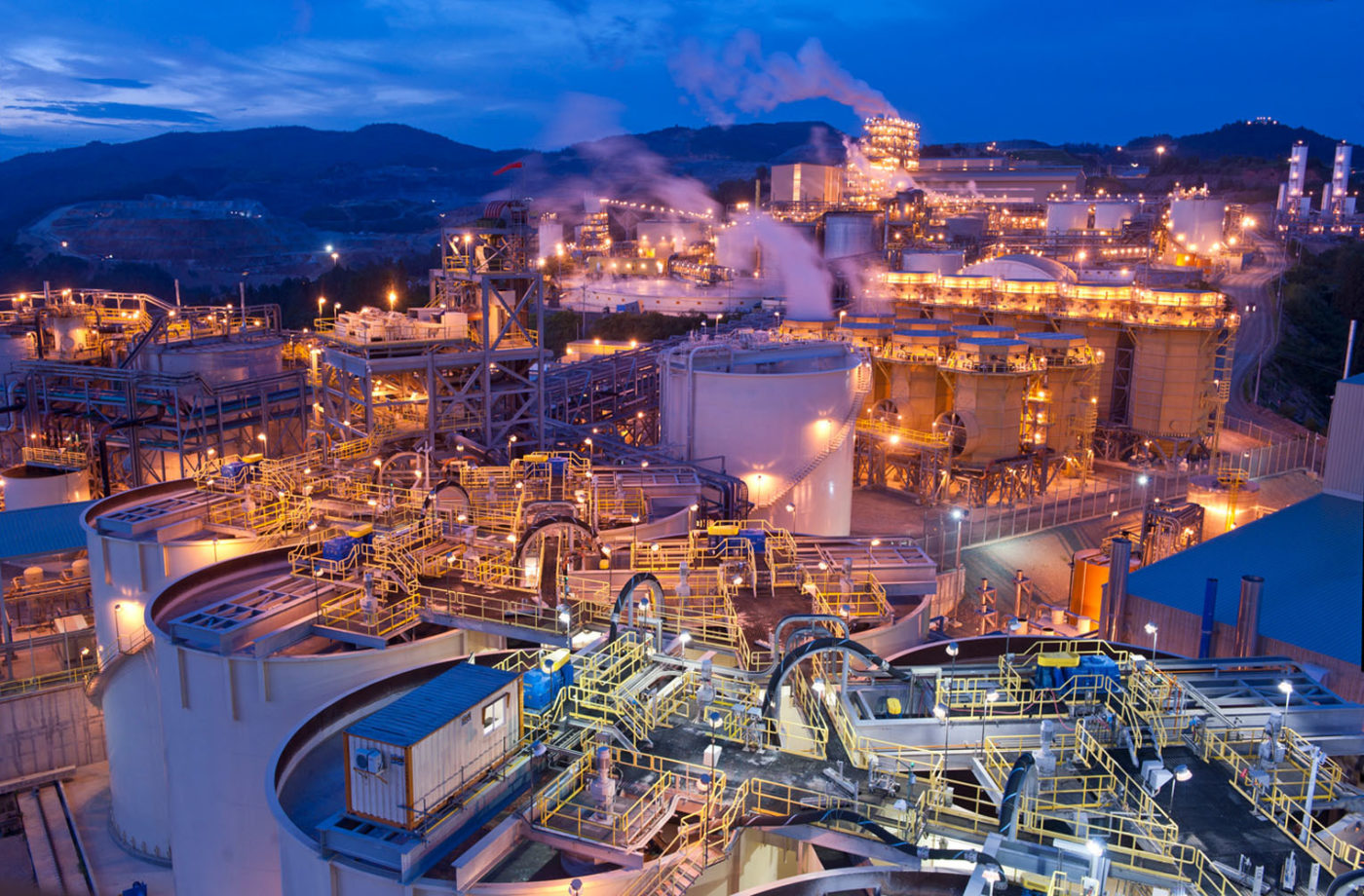 Barricks Pueblo Viejo Gold Mine in the Dominican Republic

While gold, silver, platinum and palladium can be grouped together under the generic term of precious metals, the logistics of mining them as well as the rationale for owning them vary a great deal. Indeed, gold is used in few industrial processes (in part due to its cost) and its attraction is often cited more generally as being a hedge against inflation or uncertainty or as a store of value, rather than anything else. Silver, on the other hand, straddles more comfortably the different fields of investment and industrial use (it is primarily used in photovoltaic cells but also still in photographic film) and platinum and palladium sit more solidly in the industrial metal camp. The primary use of platinum and palladium is in the catalytic convertors used to reduce unwelcome emissions from diesel (platinum) and petrol (palladium) engine vehicles.

Section 19 lists some key facts and figures in mining, as well as in the usage, of all four metals.

This guide is intended to be a detailed and definitive primer for any investor or institution looking to understand and take part in the global Over The Counter (OTC) Precious Metals market, physically located in London.

The LBMA is the international trade association that represents the market for gold and silver bullion, which is centred in London but which has a global client base, including the majority of the central banks that hold gold, private sector investors, mining companies, producers, refiners and fabricators.